Out of the ether: Hito Steyerl’s In Free Fall

Hito Steyerl’s new video essay traces the uncanny half-life of global capitalism through the journey of an aeroplane chewed over by the movie industry. Daniel Trilling is mesmerised. 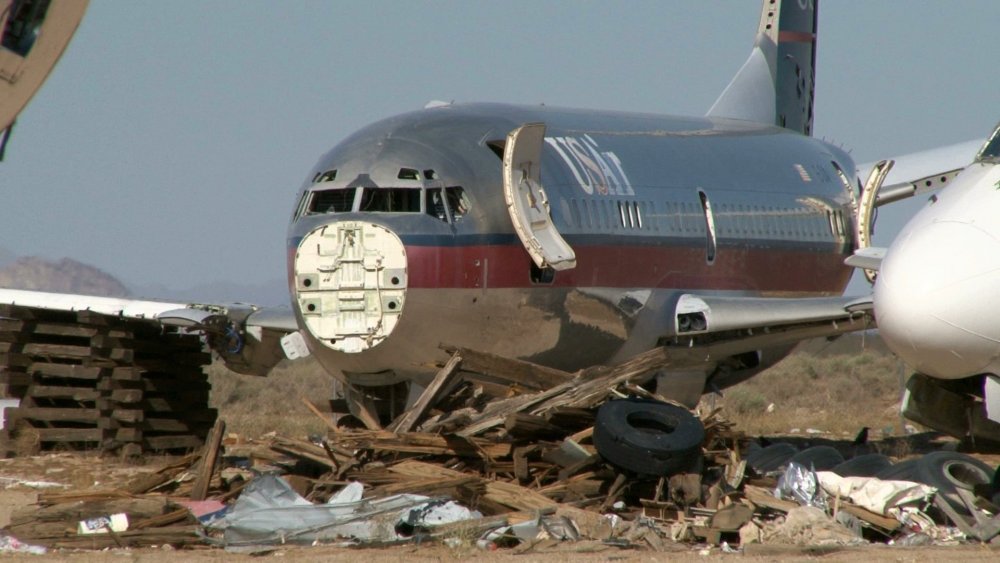 A recent gallery installation by the Berlin-based artist Hito Steyerl, titled “War according to eBay”, featured a series of images derived from copies of obscene World War II photographs being traded online.

Steyerl had removed the original pictures, leaving only the traces of copyright marks that had been added digitally to obscure the more explicit parts of the originals. By creating a physical ‘portrait’ (albeit an abstract one) of pictures that were being bought and sold in the electronic ether, Steyerl was suggesting that digital commodities have a real-life existence that can be captured and interrogated by artists.

An abiding interest in the life of the commodity is something that underpins Steyerl’s new film, In Free Fall, currently on show at the Chisenhale Gallery in London. Taking her cue from the Russian critic Sergei Tretyakov’s 1929 essay “The Biography of the Object”, which argued that art should concern itself not with human biography but the life cycles of mass-produced objects, Steyerl explores the 2008 financial crash by way of an aeroplane scrapyard in California’s Mojave Desert. As her camera creeps around, exploring the strange, disembowelled aeroplane carcasses, the junkyard’s owner explains that airlines store their planes with him during periods of economic downturn, when it becomes unprofitable to fly them. “The economy is in a vicious place, explosive,” he says, adding with reference to the planes: “These are all ghosts.” 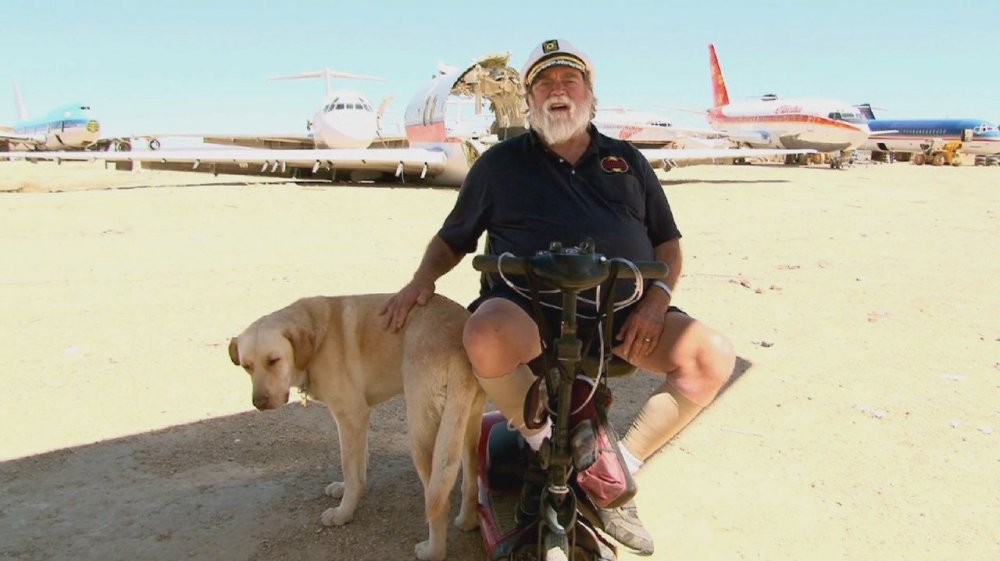 The film then recounts the history of a particular Boeing 707 jet. Commissioned by the passenger airline TWA in the 1950s, it was sold to the Israeli air force in the 1970s, where it played a crucial role in a hostage rescue mission after Palestinian militants hijacked a plane at Entebbe airport in Uganda. (Or so we are told: an Israeli interviewee posing as an expert is, through various slips in his testimony, revealed to be an actor.) After winding up in the Mojave junkyard, the plane is given a further lease of life when it is used as a prop and blown up for the 1995 Hollywood film Speed. Its left-over parts are then sold to China, which uses the aluminium to manufacture DVDs.

In the final section, Steyerl interviews her own cameraman, who reveals that his livelihood has been eroded by the rise of digital media: DVDs have undercut the TV channels which provided him with work, and now even the DVD industry is being eaten away by online piracy. What’s more, he also fell victim of the property downturn that preceded the 2008 financial crash, which left him struggling to keep up with mortgage repayments on his architect-designed, aluminium-clad house. “I felt like I was the captain of a plane and I was unable to land it,” he tells Steyerl.

If this tale sounds a little too neat to be true, then it might well be. We are given plenty of reasons to doubt the narrative, not least the playful interludes, as when Steyerl and the Israeli actor dress up as flight attendants and perform a seatbelt safety demonstration. But the story’s veracity is not really the point: Steyerl shows us that even a symbol of global capitalism as obviously physical as the jumbo jet can be subject to the same shifting of meaning as less tangible commodities. Her footage of the scrapyard alternates with a series of musical interludes. Pop songs that hint at feelings of weightlessness or flying (such as Nancy Sinatra’s “My Beautiful Balloon”) mix with clips of a Discovery Channel documentary, an in-flight safety video, movies about plane crashes and hijacks. In a further juxtaposition, some of these clips are replayed on a portable DVD player that nestles among the twisted bits of scrap metal that sit in the Mojave Desert. 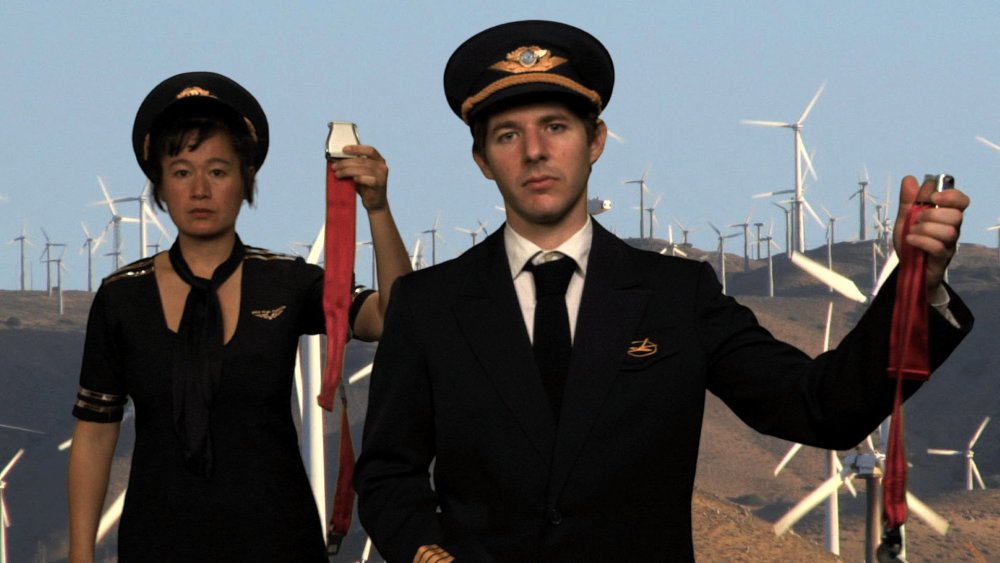 In Free Fall draws on a rich tradition of politicised, avant-garde film essays – Chris Marker and Jean-Luc Godard are obvious reference points. But a particularly illuminating comparison, perhaps, is with Harun Farocki’s Inextinguishable Fire (1968). That film presented a critique of the Vietnam War as told through the interrogation of a commodity – in this case napalm – yet as Farocki explains in the opening scene, he explicitly doubts the power of the conventional film image to convey his message. Steyerl takes the opposite tack, cramming her film full of familiar, repeated images and motifs. The result is mesmerising – and I use that word advisedly. In Free Fall captivates the viewer, but it also dazzles. One question it raises is this: are we trapped by this churn of pop-cultural junk, like passengers in a plunging aeroplane? As an off-camera voice asks, just before the film ends: ”what happens to the passengers?”

Related to Out of the ether: Hito Steyerl’s In Free Fall