In Dee Rees’s mythic and superbly acted family saga set in the Mississippi Delta in the 1940s, two young men return from the front only to find bigotry and poverty tearing their community apart. 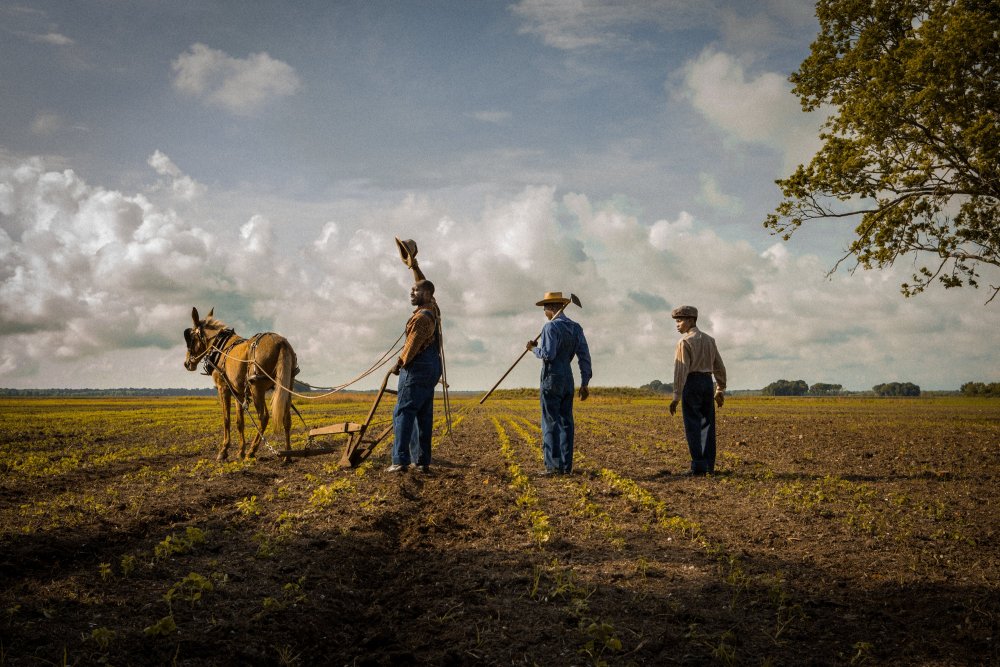 The sprawl of Dee Rees’s Mudbound is strategic. In adapting Hillary Jordan’s 2008 novel about the intersecting lives of two sharecropping families entrenched in the Mississippi Delta in the mid-1940s – far removed geographically and economically from the post-war boom that launched America into being a 20th-century world power – the director has opted for fidelity. Working with co-screenwriter Virgil Williams, she has retained the book’s unique narrative device of splitting its point of view across six different protagonists.

Mudbound’s plurality of first-person narrators, all introduced early on and present for the duration, is a form of choral storytelling with some built-in pitfalls: it threatens to spread the characterisations thin, disperse viewer sympathies and flatten out a visual medium until it becomes a book-on-tape. But Mudbound weathers the risks inherent to its conception and turns them, for the most part, into strengths. That it works as well as it does is a testament not only to Rees’s developing skills as a dramatist – she is a filmmaker who maturely subordinates style to story – but also her savvy casting and handling of actors.

The two central clans in Mudbound are less a study in contrasts than an example of how superficial differences belie common emotions and humanity, an observation that’s also close to a thesis statement. City mice Henry and Laura McAllan (Jason Clarke and Carey Mulligan) are white, while Hap and Florence Jackson (Rob Morgan and Mary J. Blige) are black, which accounts for the latter couple’s subservient position on the grounds of the decaying cotton farm where they all live and work. The gradual feelings of solidarity between the two households, forged out of a mutual experience of poverty and anxiety over the fates of family members fighting overseas, offsets the ingrained racism of their cohabitation, with the exception of Henry’s spiteful, bigoted Pappy (Jonathan Banks), whose presence makes him a stand-in for unreconstructed Southern ignorance.

Mudbound’s plot kicks into gear when both families welcome far-flung favourite sons back home from military service. Henry’s sweet-natured brother Jamie (Garrett Hedlund) and Hap and Florence’s son Ronsel (Jason Mitchell) return from the front scarred by combat experience and eager to try to heal on American soil: the two men’s friendship promises a fresh start in a community riven by racism. But instead of catharsis, Mudbound’s story offers only fresh conflict for its fighting men, recasting the Delta as an ideological war zone where Ronsel’s heroism abroad buys him no leeway with the locals, serving instead to stoke their prejudice (especially when it’s revealed that he had a relationship with a white woman while stationed in Germany).

There is, perhaps, something deterministic about the way that Mudbound grinds forward towards tragedy – a lack of spontaneity that could strike some viewers as properly solemn and others as boringly stolid. But Rees, whose debut feature Pariah (2011) possessed an irrepressible energy, controls the material smartly instead of getting stifled by it. She makes directorial choices that lean into the inexorability of the narrative, arranging her images with a stark, mythic clarity that suggests a modern parable without undermining the general sense of realism. At times, Rachel Morrison’s widescreen cinematography evokes the scale and palette of Terrence Malick’s Days of Heaven (1978), albeit with a slightly less burnished lyricism; moments of beauty here are real but fleeting. 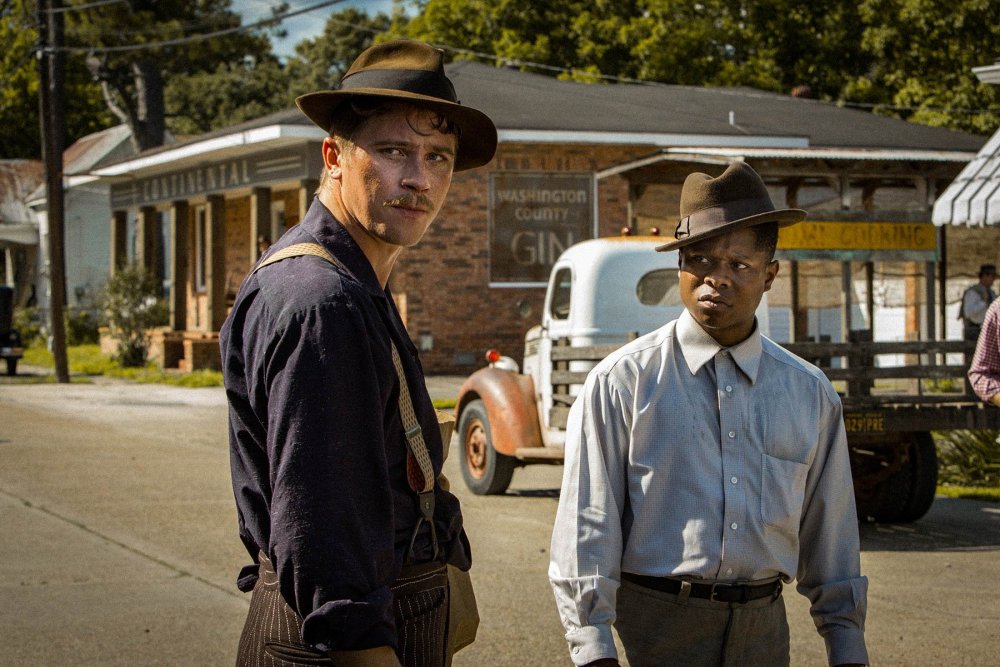 What really lifts the heaviness of Mudbound’s story over the top is the excellence of its cast, starting with Mulligan, whose typical, distracting mannerisms are held in check. She plays Laura as a woman whose adaptability to farm life is more about survival instinct than enthusiasm: it’s a complex characterisation and probably her best work to date.

She’s well matched by the plausibly thick and charmless Clarke, as well as the stoic, unrecognisable Blige. Mitchell, who was terrific playing the rapper Eazy-E in Straight Outta Compton (2015), excels in a part that requires a carefully measured mixture of charisma and reticence; the way that Ronsel’s natural-born confidence and intelligence are threatened and repressed shrinks the story’s wider-scale implications about the psychology of subjugation down to human size. The only bum notes in the ensemble are struck by Banks, who has been more lazily directed than his co-stars and represents the kind of blunt-force dramaturgy that Mudbound for the most part avoids; his hammy acting is a flaw that proves the effectiveness of everyone around him.

Related to Mudbound review: families at war on home soil