Dee Rees’s devastating adaptation of Hillary Jordan’s WWII-era saga of neighbouring black and white cotton-farming families finds humanity up to its neck in hardships both natural and self-inflicted. 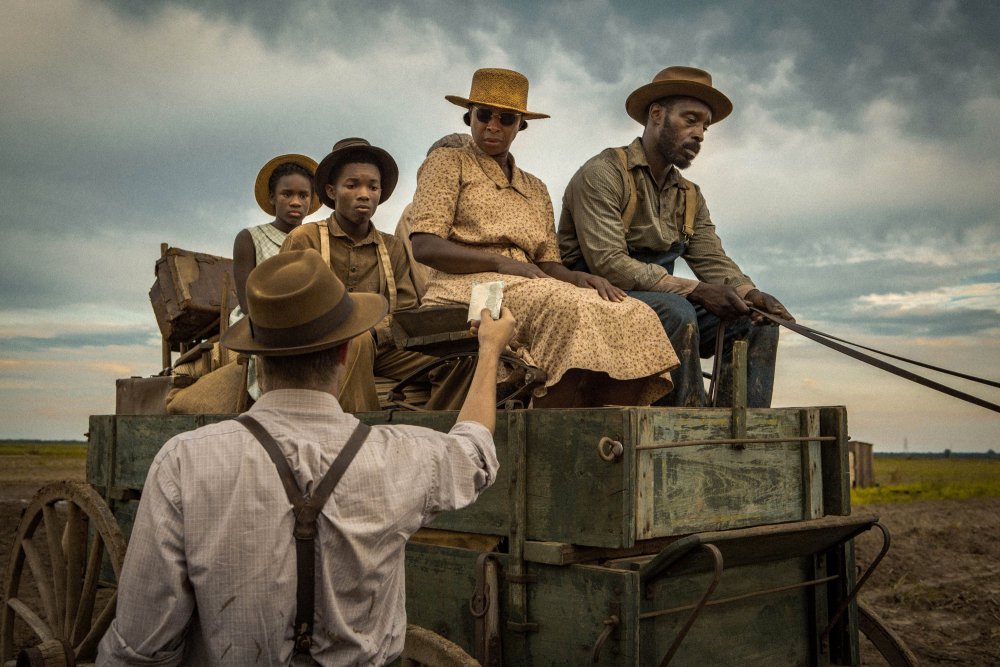 Six years after her premiere of Pariah at the Sundance Film Festival, writer and director Dee Rees returns with an adaption of Hillary Jordan’s novel Mudbound, set during WWII. Laura (Carey Mulligan) is a teaching graduate who considers herself an old maid, so is grateful to be courted by family friend Henry McAllen (Jason Clarke), and subsequently charmed by his witty, charismatic brother Jamie (Garrett Hedlund). To her dismay, Henry buys a farm and they relocate from their comfortable home in Memphis to a leaky hut in a muddy Mississippi field. Adding insult to injury, Henry’s belligerent, bigoted father Pappy joins them for the move.

The land is already inhabited by a scattering of tenants, amongst whom are the Jackson family. Hap (Rob Morgan) and Florence (Mary J. Blige) are trying to provide better futures for their children, but struggling against insufficient income and the relentless racial oppression. Their son Ronsel (Jason Mitchell) goes to war, becoming a sergeant in Belgium, while Henry’s brother Jamie goes to battle as a fighter pilot. Both return to their respective homes on the farm, traumatised by the horrors of the war, but segregated America is a stark contrast to the life Ronsel had in Europe.

Mudbound unfolds with opulence and revelry in the city, and in the gliding luxury smoothly shows the racial division that backdrops the prosperity. As white people dine and dance, black people are there providing the ‘help’ and musical entertainment. When it transitions to the country, tension resolutely builds.

With poetic voiceovers, Rees rotates between the characters’ internal dialogues, loyal to the novel and evocative of Terrence Malick’s stream-of-consciousness style. But although the rich tones of magic hour light illuminate the rural solitude with striking beauty at times, this is no Days of Heaven. Marooned on this mud field, Laura, Hap and Florence reflect on their desires, truths and the weight of their respective lots.

Upon the McAllen’s arrival at the farm, the Jacksons are immediately marked out as the Henry’s round-the-clock help. Stuck in their situation, Hap and Florence quietly submit to Henry’s demands to keep the peace – although their precious family time is regularly disturbed by Henry’s relentless, hammering-on-the-door intrusions.

Laura fights her own battle against Henry’s reign, with a growing awareness of her own needs and identity. Frequently left alone with the children, she encounters the depths of desperation among the farm tenants and reality of her husband’s business decisions in her solitude.

Cinematographer Rachel Morrison illuminates the film with searing, visceral intensity – from glistening post-coital sweat to the warm glow of the Jackson’s home, and with visual echoes of Walker Evans’ photography of the Great Depression.

The performances are strong across the board, and crescendo to a stomach-churning climax that howls with the horrors that lurk in humanity. Amidst the masterful storytelling of Mudbound, one of the most powerful punches is that this is not a period drama, in the sense that the fear and privilege linger on, and the violence has never stopped.

Related to Mudbound review: days of hell in 1940s Mississippi