Film of the week: Mountains May Depart speaks with taciturn eloquence 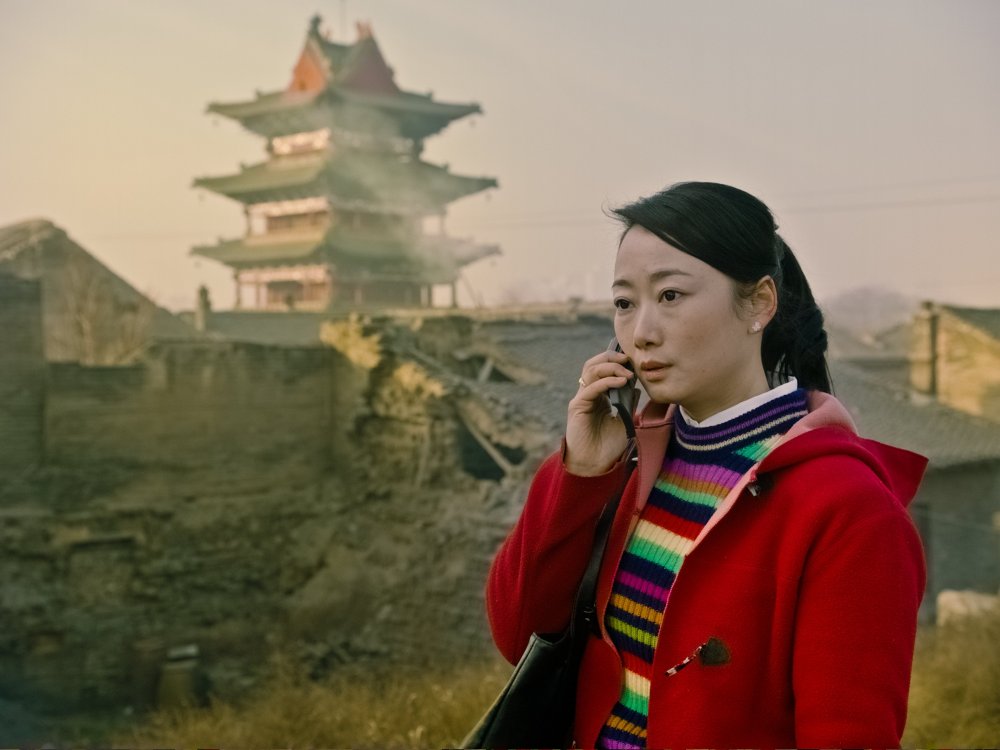 The nature of change is both constant and abrupt, and this is nowhere truer today than in the People’s Republic of China, whose hurtle from cloistered tradition to WeChat postmodernism writer-director Jia Zhangke has made it his imperative duty to document. One day you find with a start that years have passed and a new world has gone up around you while you’ve been too distracted to hear the ongoing noise of its building – a rude awakening approximated by the temporal leaps of Jia’s latest, Mountains May Depart.

Jia has done something to this effect before, in his sprawling Platform (2000), though previous intrepid attempts to reconcile nostalgic ache and the acceleration of history through timeline play by Hong Kongers Stanley Kwan and Peter Chan, in Rouge (1987) and Comrades: Almost a Love Story (1996) respectively, may have led the way. Platform began at the tapering-out of the lunatic Cultural Revolution, following from there through the gradual infiltration of Western pop culture into Chinese life.

Mountains in a sense picks up where Platform left off, at a moment when there’s still some shine on imported pop, and begins with an exuberant group dance to the Pet Shop Boys song Go West. From here the film’s story goes on to span a period of 25 years, broken into three segments set in 1999, 2014 and 2025, the last almost entirely in Australia, Jia’s address of the Chinese diaspora experience. In this space the movie touches on three generations of Chinese: the twentysomethings of 1999, Tao (Zhao Tao) and her two suitors Jinsheng (Zhang Yi) and Liangzi (Liang Jingdong); Tao’s father, a veteran of at least one of China’s wars; and the child she has with Jinsheng, played as a boy by Rong Zishan and in his teenage years by Dong Zijian. Each section is distinguished by its aspect ratio: 1999 is in the 1.33:1 Academy ratio; 2014 in 1.85:1; and 2025 in widescreen 2.35:1.

This format-shifting, once largely a relic of the silent era, has begun to resurface in the digital age in films such as Life of Pi (2012) and The Grand Budapest Hotel (2014). There is no clear film-historical motivation, of the kind that cued those in Wes Anderson’s picture, for Jia’s shifts, but the ever-expanding frame may be seen to underscore the movie’s abiding, anxious preoccupation with freedom, also evident in Jia’s scene construction – he frequently inverts the traditional ‘establishing shot to close-up’ order, ending scenes instead with a long step back to situate characters in their (often imposingly barren) environments.

He also gets jarring and sometimes exhilarating effects from placing certain scenes in unexpected proximity – the image of Tao giving birth, for example, is immediately preceded by DV footage of a coal truck losing part of its load as it struggles to free itself from a ditch, a moment with no clear narrative function. This is one of several instances where Jia has inserted documentary material that he shot with cinematographer and long-time collaborator Yu Lik Wai during the years covered in the movie. (Elsewhere, for instance, an ecstatic disco dancer captured more than a decade ago is dropped into a pivotal club scene.)

Jia and Yu have, unsurprisingly, made a movie of taciturn eloquence, always sure-footed in negotiating its discursive narrative construction, even as it sometimes wobbles at the level of performance. Jia has been the proverbial fair-haired boy of the international festival circuit for the run of the 21st century, and though Mountains May Depart didn’t exactly break this streak, its last chapter – the first extended passage of primarily English-language cinema the filmmaker has directed – has raised mild concerns.

The difficulties here are more or less self-evident. Dong acquits himself well enough in a part that calls for outpourings of emotion, but this doesn’t efface one’s awareness that he speaks without a trace of the appropriate accent after his character has purportedly spent a decade in Australia. The relationship between May-September lovers Dollar and Mia (Sylvia Chang) seems to spring from thematic rather than physical necessity. 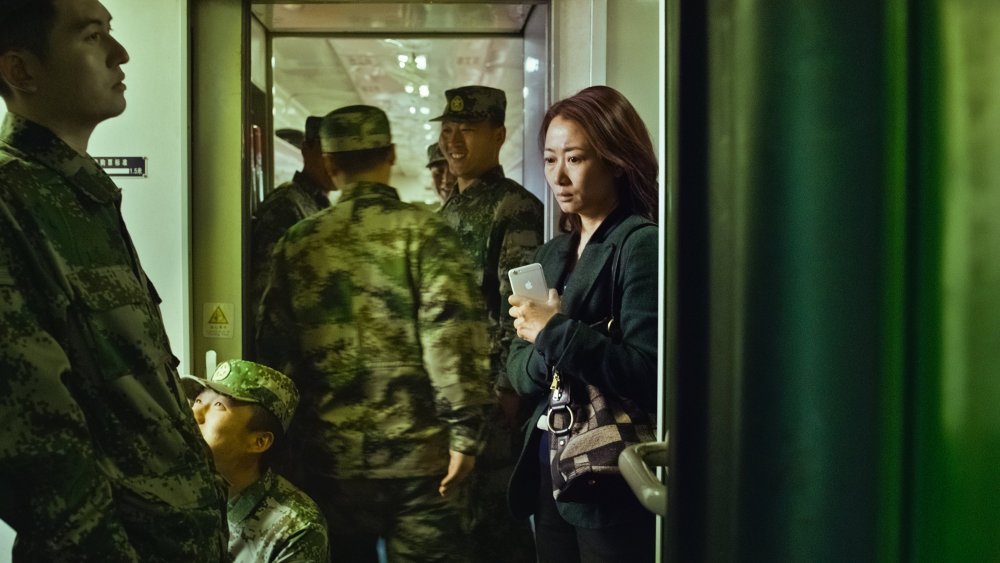 And in imagining a near-future, Jia has been wary to avoid anything that might trouble the Chinese censors, even tossing in a couple of bits that suggest the PRC’s ascendancy over old commonwealths and republics: Australia circa 2025 has repealed laws to become a gun nut’s paradise, while the US dollar is said to be in freefall against the rising renminbi. (These concessions are undercut by the visual contrast between cloudless blue Oceania skies and steel-grey China, but nevertheless the officials took the bait – Mountains May Depart got its mainland multiplex run.)

Despite its flaws, I feel protective towards the film’s maligned third chapter, for it finds Jia feeling his way into undiscovered country, and the very awkwardness of this exploration tends to add to the rising sense of poignancy, capped by a coup de cinéma reunion with Tao, seen in a bookending scene, dancing by herself to the song of her youth on a slagheap. However, a feeling of goodwill can only go so far towards forgiving the presence of clumsy lines such as Dollar’s taunt to father Jinsheng: “It’s like Google Translate is your real son.”

The conception of Jinsheng’s character is in fact the weakest element in Mountains May Depart, and any buckling that occurs in the third section is predicted by the oversights that occur while laying dramatic groundwork in the first, in which Tao must make her choice between poor-but-affable Liangzi and Jinsheng’s capitalist carnivore. As introduced, Jinsheng is a cipher, a transparent sociopath and a stand-in for everything glib and shiny and ruthless that will emerge in the new China of the 21st century, with precious little beyond his brand-new Volkswagen to recommend him as a suitor. Zhang Yi fails to imbue his character’s arrogance with even an undercurrent of the sexual danger that might go some way towards explaining Tao’s eventual choice. 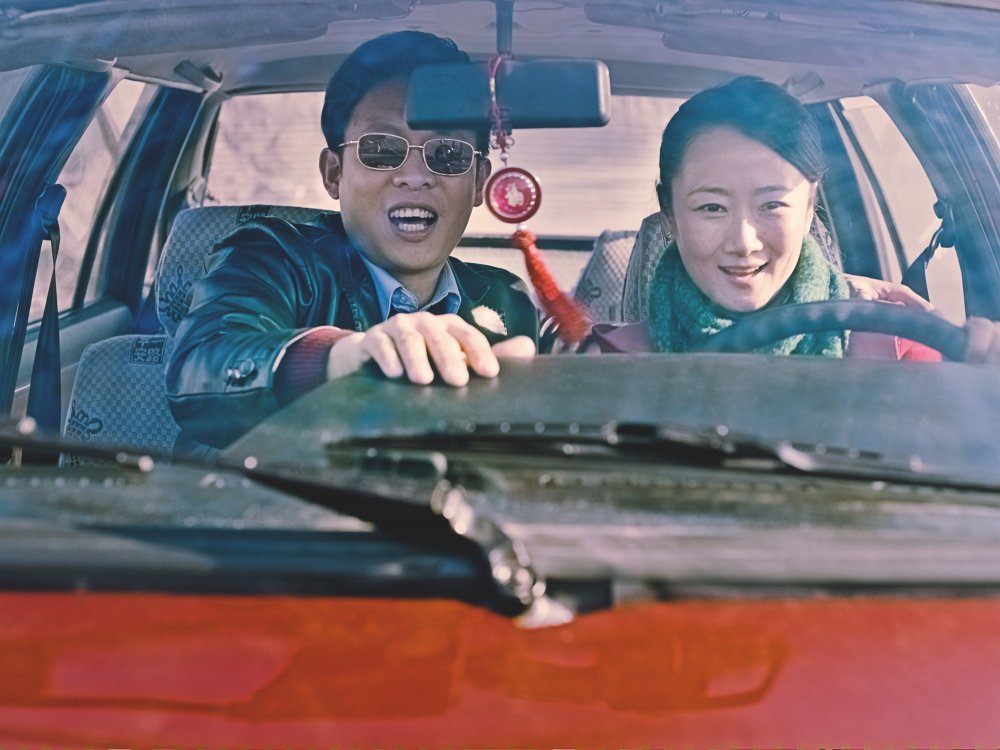 None of this is necessarily a demerit in a filmography like Jia’s, which tends towards the austere and the oblique. But there’s every evidence here that the stern student of Bresson is tapping a melodramatic vein, making a direct appeal to audience emotion – hence his key employment of pop songs (by Sally Yeh as well as Pet Shop Boys), those vehicles of inchoate longing and nostalgia. Never developing a sense of some potential to be corrupted, the relationship between Jinsheng and Tao lacks anything like pathos, with Jinsheng verging on the ridiculous in his final scenes, wearing a pasted-on moustache. (I note that the critic Jonathan Romney has independently arrived at the same western points of comparison for Jia’s love-triangle melodrama that I did, Giant and Written on the Wind, and being placed in the company of James Dean and Robert Stack does Zhang Yi no favours.)

Where Mountains May Depart cuts cleanest and deepest, perhaps unsurprisingly, is when it’s focused on Zhao Tao, Jia’s partner and creative collaborator since they met during the casting of Platform. In the opening chapter of their latest, the frame at times seems eagerly to follow her slightest move, as though the camera is under the influence of the same magnetic attraction that has captured her two swains. In the film’s central section, her raging evocation of grief at a parent’s death provides the movie with its emotional core, the sense of home that you can’t go back to.

She finally returns for a coda that’s as tender a gift as a director has ever given a favourite actress – and the other way around. It focuses on the quiet preparation of dumplings and the loud transports of song, those fragments of culture just small enough to cling on to against the currents of time.

Related to Film of the week: Mountains May Depart speaks with taciturn eloquence