Once more with zing: Chazelle, Hurwitz, Gosling and Stone bring the musical back to Hollywood. 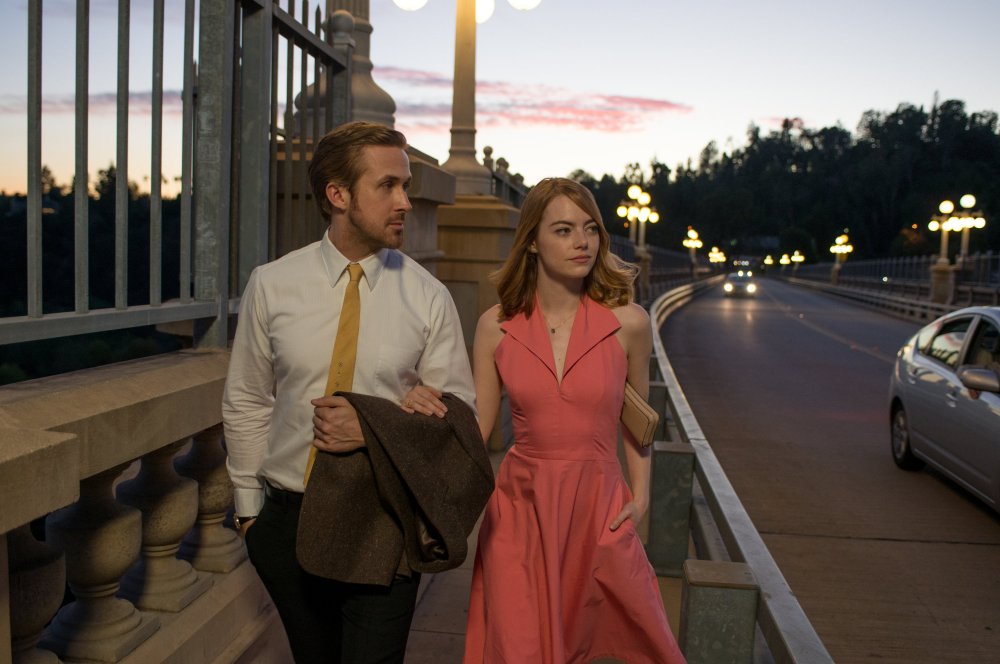 What price the Hollywood musical in 2016? If the genre has never entirely gone away (Rob Marshall keeps plugging away, and animated features regularly carry a tune or ten) it certainly appears to be on its last legs… but perhaps the third film from Damien Whiplash Chazelle can put it back on its feet?

Ecstatically received by festival audiences in Toronto (as in Venice), La La Land is a knowing throwback to the old school, though the vintage is less Donen and Kelly than Demy (and Kelly): from the very first scene, a Los Angeles traffic jam which turns into an all singing, all dancing eruption of synchronised jubilation (before everyone settles back into their cars again), film buffs will recognise the bright pastel colour-coded costumes and the brassy, jazzy, big band score as a tip of the trilby to The Umbrellas of Cherbourg and its more upbeat companion piece, The Young Girls of Rochefort.

Indeed the Demy / Legrand influence runs deep throughout La La Land, which is practically the American musical Demy might have fashioned if he’d been given the resources circa Model Shop. That is to say, it’s a love letter to the Hollywood movies of the 40s and 50s, to Fred Astaire, Cole Porter, Technicolor et al, but refracted through the nouvelle vague’s peculiar mix of romanticism and realism. (“It’s a pastiche of a pastiche,” remarked my companion, not unfairly.) 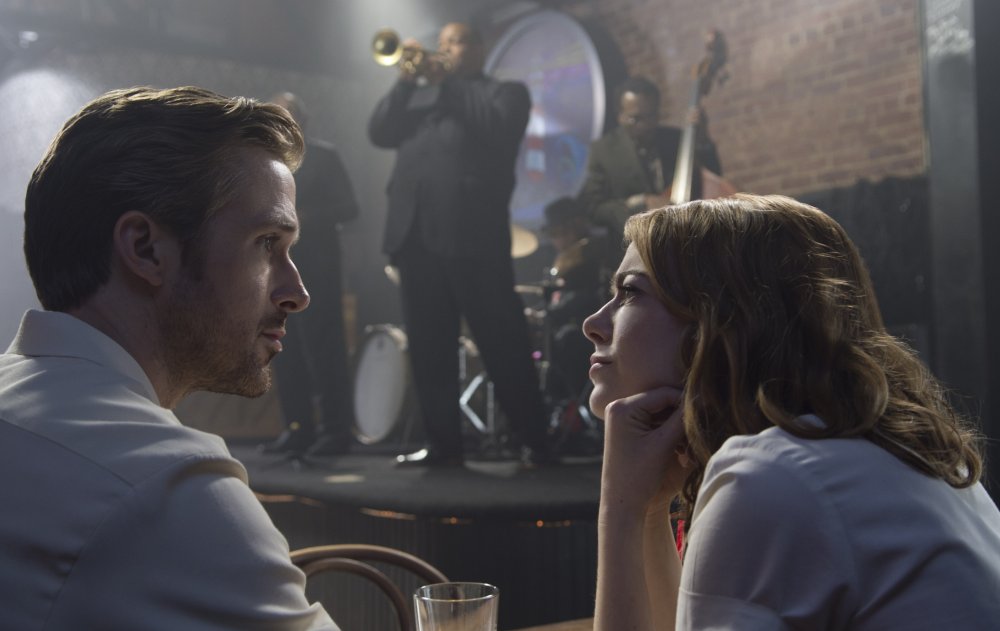 Neither Emma Stone (as aspiring actress Mia, a barista on the Warner Bros studio lot) nor Ryan Gosling (jazz pianist Seb) can sing or dance like a pro, but that’s partly the point, and the poignance: these aren’t stars yet, they’re fledgling talents, frustrated dreamers yearning for something bigger and better that may not even exist anymore. But when they pull on their taps and warble through one of Justin Hurwitz’s melancholy, and sometimes quite lovely, melodies, the actors’ charm and chemistry shine through, and Chazelle’s always inventive staging ensures we’re transported to the elevated emotional planes people used to go to the movies to experience: ardour, hope, despair, what have you.

Can Seb open a jazz club without selling out? Does Mia have what it takes to persevere through a hundred crummy auditions? Is there even an audience out there that cares about the same things they do? Can they believe in each other if they entertain doubts about themselves?

Both Coppola (One from the Heart) and Scorsese (New York, New York) have explored this ground before, quite splendidly. The least one can say for Chazelle is that he brings a sustained comic brio to the fore, wittily undercutting expectations with a regularity that’s almost self-defeating, but which never undermines the emotional integrity of the piece. It’s a combination that seems set to yield the kind of popular hit that escaped Coppola and Scorsese, and deservedly so: Chazelle has crafted that rare thing, a genuinely romantic comedy, and as well, a rhapsody in blue, red, yellow and green. If his movie skirts the harsher truths you find in New York, New York or The Umbrellas of Cherbourg, well, he’s still only 31, and nostalgia isn’t what it used to be (it’s better).