This well-intentioned film makes strikes hard against prejudice and the death penalty, but its saintly hometown hero destroys the drama outside of the courtroom. 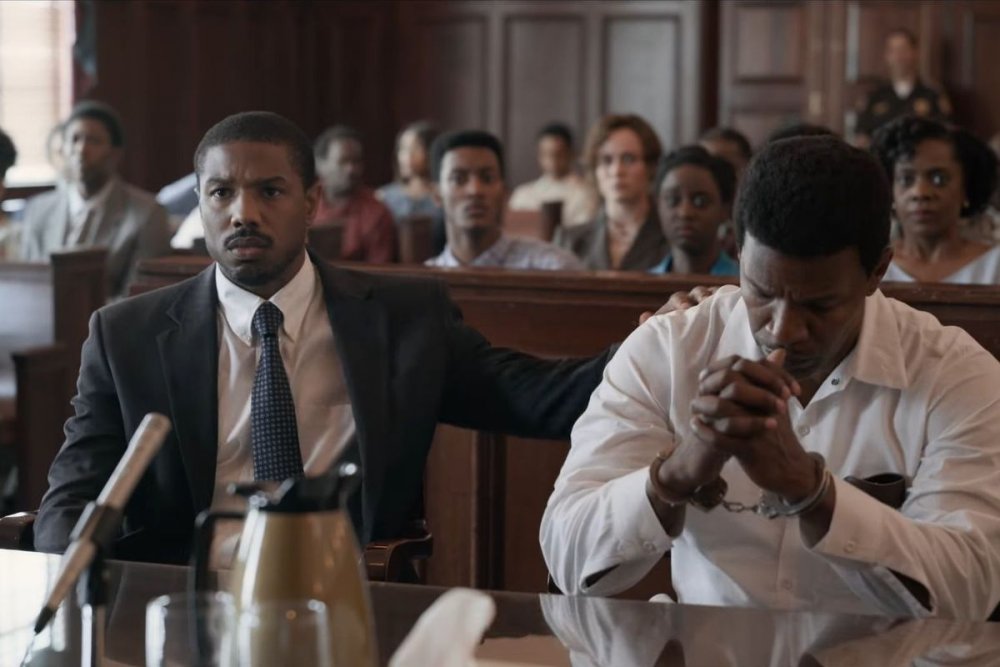 Michael B. Jordan as Bryan Stevenson and Jamie Foxx as Walter McMillian in Just Mercy

Destin Daniel Cretton’s Just Mercy takes place in Monroeville, Alabama – also the birthplace of author Harper Lee and the setting for her 1960 novel To Kill a Mockingbird. In the film, locals seem confused, referring to Lee’s lawyer protagonist Atticus Finch as though he were a real person rather than a figment.

Also a lawyer, and as concerned as Finch with an equality of justice that transcends race and class, Just Mercy’s hero Bryan Stevenson is no fiction – indeed, the film is based on the real Stevenson’s bestselling 2014 memoir. In a town where, in the late 1980s and early 1990s, race relations remain as tense as in Lee’s 1930s, Stevenson (Michael B. Jordan) is also a corrective to Finch: no white knight riding in to save the South’s downtrodden black community, but himself a black man from the same socio-economic background as the prisoners on death row whom he defends.

Most of the film concerns Stevenson’s attempts over many years to have Walter McMillian (Jamie Foxx) cleared of the rape and murder charges for which he has clearly been framed by a bigoted sheriff. Any diatribe against the iniquities of America’s death penalty is, however, better served by focusing on the plainly guilty than on the innocent, and accordingly a subplot involves Stevenson taking the case of PTSD-afflicted Vietnam veteran Herbert Richardson (Rob Morgan), who openly admits to his crime but whose execution is still shown to be a miscarriage of justice.

This is an earnest and important film about the still-festering sore of race in today’s America – though when pitted against inveterate, sneering prejudice, its protagonist’s one-note saintliness, however real, does not make for the most compelling drama.