Rupert Goold’s drama about Judy Garland’s last days probes sentimentality and self-obsession head on in this fullhearted tribute to a Hollywood legend, brought to quivering life by a five-star lead performance from Zellweger. 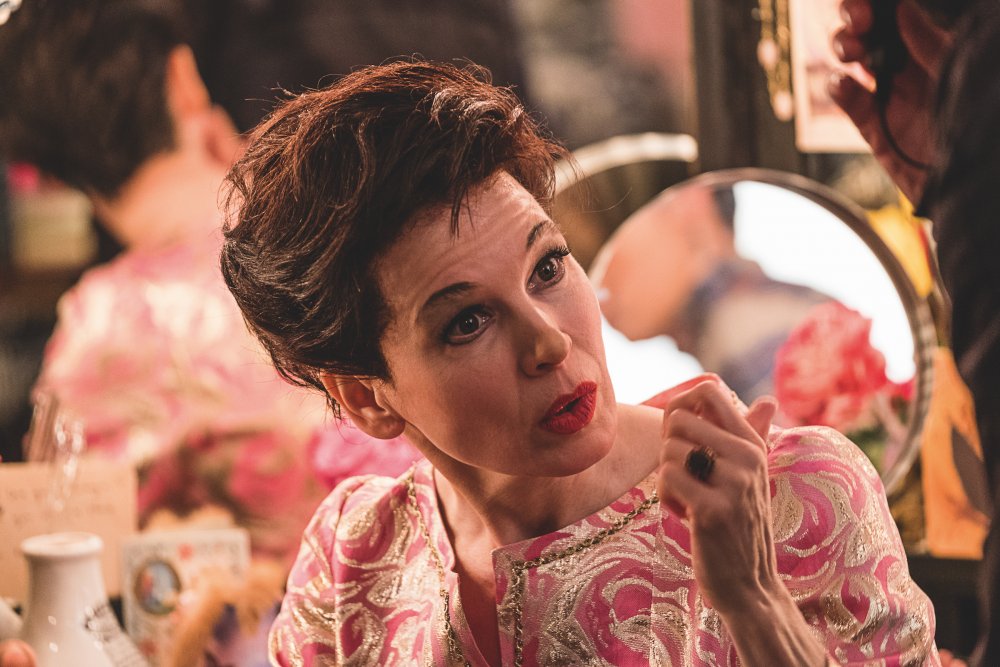 Judy Garland was one of the first victims of the Hollywood star system, her childhood a perfect storm of pushy showbiz parents, naive ambition and a manipulative studio hungry for docile girls. This riveting portrait of Garland in middle age could easily have been played in a key of seedy pathos: the grim conclusion to a life defined by addiction, depression and self-sabotage. Instead, with a jaw-dropping performance from Renée Zellweger at its pulsing, neurotic heart, the film is funny, warm and satisfyingly self-aware.

The backstage musical was a mainstay of classical Hollywood, and Garland’s filmography is stuffed with them, from Broadway Melody of 1938 to A Star Is Born in 1954. With their rags-to- riches plots and showstopping song-and-dance numbers, such films manifested the American myth of bootstrap success and the power of a cheery outlook.

Director Rupert Goold plays with this trope in various ways, inviting us to test it from different angles. His film opens on a huge, intrusive close-up on the face of the young Garland (Darci Shaw), gazing into the lens as if into a mirror, while the sinister voice of Louis B. Mayer (Richard Cordery) booms out his chilling ultimatum: if you want to be a star, do as you’re told – or else.

As the camera pulls back, we find ourselves in a fever-dream version of the Wizard of Oz set: a toxic, colour-saturated nightmare to which the adult Judy returns, relentlessly, in her thoughts. In comparison, the threadbare plush of her London dressing room, where she is reluctantly installed for a sell-out run of performances in the winter of 1968, seems safe and sane. Under the firm, nannyish care of her assistant Rosalyn (Jessie Buckley) she manages not only to survive her re-immersion into the rigours of full-time employment, but also to knock ’em well and truly dead. Mostly. 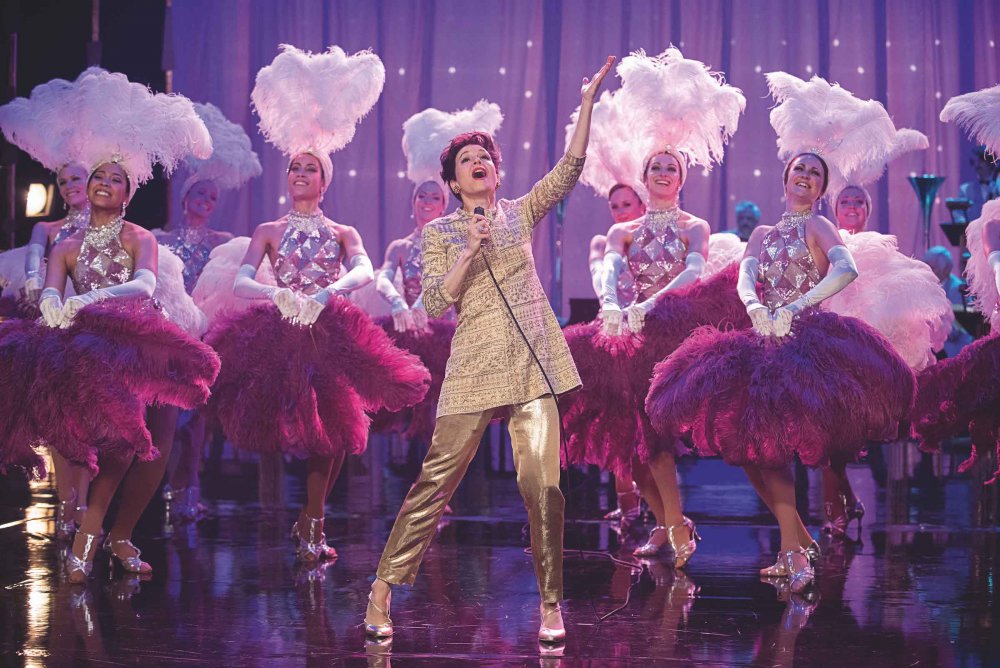 The film makes no apologies for slathering on the schmaltz: in fact, that’s why we’re here, to ponder sentimentality itself, as a means of communication, as a currency and as a trap. Judy’s doting fandom is personified by a persecuted gay couple (Andy Nyman and Daniel Cerqueira) who love her unconditionally for giving them a licence to emote. On the other hand, most of Judy’s mistakes happen when she fails to treat her own unruly emotions with sufficient scepticism. Presented at one point with a big, showy cake, she eyes it warily. “Every time I cut a cake,” she says, “I find I’m married to some jerk.”

The jerk in this case is her soon-to-be fifth husband Mickey Deans (Finn Wittrock), a handsome dud peddling a harebrained get-rich-quick scheme; in contrast, third husband Sidney Luft (Rufus Sewell) comes off quite well, existing in two states: ‘exasperated’ and ‘not unreasonably concerned about the happiness of their two children’ (Bella Ramsey and Lewin Lloyd).

No one, of course, gets the luxury of a fully developed inner life apart from Judy: that’s not a bug, but a feature of a film about self-obsession. Without Zellweger, the result might have been a trudge, or an embarrassing mess, but her performance fills it to the brim with nuance and narrative purpose, and if that’s not enough, she sings that huge, heartbreaking repertoire with all the knobs turned up to 11. Her Garland is pure, seductive legend: a monster, sure, but what a star.

“At least,” as Judy herself remarks airily, after telling a blatant lie, “that’s how I remember it.”