Andrea Pallaoro’s ‘existential giallo’ is an exquisite exercise in slow cinema, following a woman forced to live with terrible doubts. 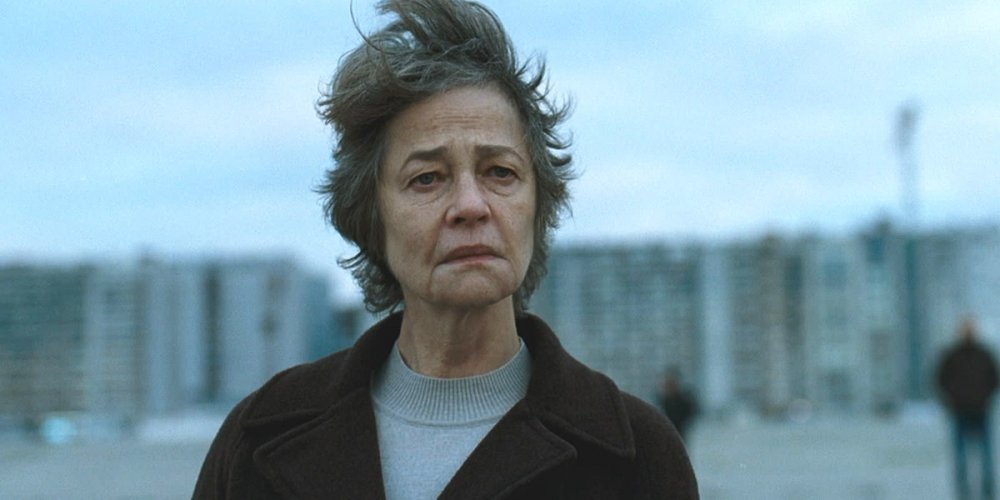 Darren Aronofsky’s voluble comments on the meaning(s) of Mother! haven’t done much for the idea of directors commenting on their own work. But another, rather lower-profile Venice competition premiere – also built foursquare around a titanic distaff performance – shows that, sometimes, the filmmakers do know exactly what they have crafted. California-based Italian writer-director Andrea Pallaoro, who steered Charlotte Rampling to the Best Actress Volpi Cup for her performance in and as Hannah, has dubbed his second feature “un giallo esistenziale”.

This ‘existential giallo’ sees our eponymous heroine stalked not by some black-gloved, homicidal menace but by her own demons of doubt, guilt and regret. Pallaoro’s follow-up to the excessively mannered Medeas (2013) confirms the presence of talent – no mere tyro could pull off such an audaciously minimalistic enterprise – but once again leaves a suspicion that so far he’s an apprentice excessively keen to emulate his obvious influences: Terrence Malick in the case of Medeas, Chantal Akerman and Michael Haneke here (a Belgian-Italian-French co-production, it is nevertheless perhaps the most ‘Austrian’ film of the year). Pallaoro plays the slow-cinema game with slick, calculating skill, but now flashes of serious substance can be glimpsed beneath the exquisitely steely style.

Some of these are courtesy of Rampling, whose performance is one of tensely calibrated restraint. She walks a razor-wire emotional tightrope as an elderly woman in Brussels, struggling to cope with near-unbearable personal pressures. Pallaoro and his co-writer Orlando Tirado parcel out information with extreme parsimoniousness in a dialogue-light atmosphere of nebulous enigma, but their storyline is eventually revealed as a simple one. Hannah’s husband has been convicted of some kind of paedophile offence; she has stood by him, believing his protestations of innocence, and this has resulted in her estrangement from her adult son. She then stumbles on information confirming the husband’s guilt.

Pallaoro and editor Paola Freddi spin this out to 96 minutes, punctuated with spells of ostentatious protraction, but this is fleeting running time indeed given the tendency of directors to conflate excessive duration with profundity. A clear-eyed, fixed-camera scrutiny of a woman going about her quotidian activities in the Belgian capital, it is, for example, less than half the length of Akerman’s Jeanne Dielman, 23 Quai du Commerce, 1080 Bruxelles.

Shooting on rich 35mm, Canadian-American cinematographer Chayse Irvin, who shot Medeas and Ralitza Petrova’s 2016 Locarno winner Godless – an opportunistic slab of eastern-European miserablism if ever there was one – uses the widescreen frame to imprison Hannah in her drab surroundings. Visual flourishes are rare, though a dusk walk through the misty precincts of Hannah’s housing complex is touched with a tenebral grandeur.

Irvin largely reserves close-ups for sequences when she rehearses and performs with her amateur-dramatics troupe, often catching us off-guard about the specific level of performance at which Rampling/Hannah are operating. A climactic visit to a wintry beach, where a gigantic whale has washed up dead, escapes the heavy shadow of Béla Tarr thanks to Rampling’s compelling presence: the veteran actress’s ever-striking, feline eyes peer out through wrinkled lids with an aching combination of vulnerability and stoic fortitude. She can’t go on; she’ll go on.