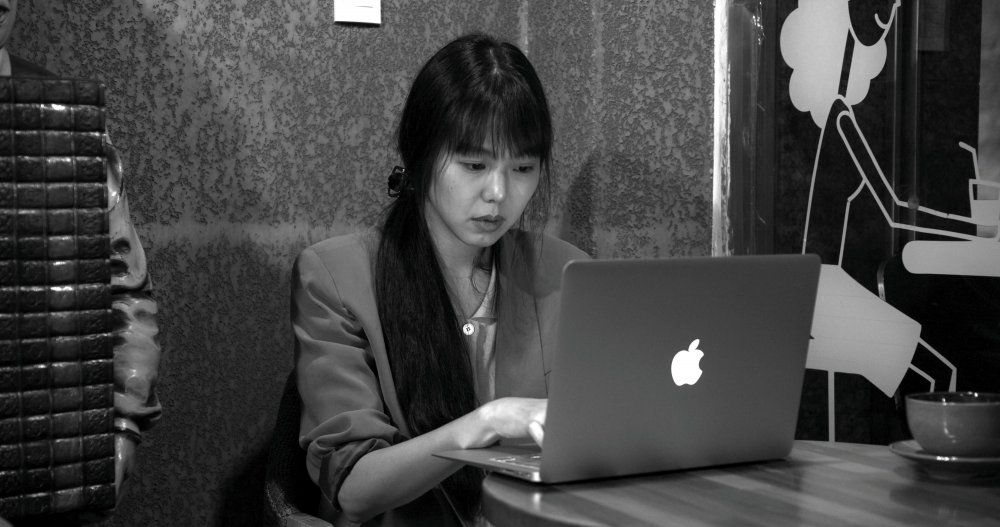 Kim Min-hee as Areum in Grass

“No, writing should be done alone,” scolds writer Jiyoung (Kim Saebyuk) when her filmmaker friend (Jung Jinyoung) asks if she’d join him on a ten-day writing retreat. Writing is the activity around which Hong Sangsoo’s latest project pivots, though in this film the solitary creative act is not exactly carried out alone. Lucky then, that its protagonist, Areum (Kim Min-hee) is “not a writer, just writing”.

Areum spends most of the film hidden her MacBook Pro in a quiet Seoul cafe, writing down the conversations happening in the room. Among them are: the aforementioned filmmaker, who soon tries his luck with the disapproving Areum (“You’re remarkable”, he hastily declares); ex-lovers Mina (Gong Minjeung) and Hongsoo (Ahn Jaehong); an aging actor (Ki Joobong); and an older woman unwilling to let out her spare room to her friend.

The film alternates between these individual conversations and Areum’s voiceover as she attempts to analyse the goings-on around her. Hong presents these eavesdropped conversations and their lack of context as slyly funny, ribbing the way Areum’s voiceover rushes to fill in the gaps (“The woman must’ve killed herself”; “Can he ever fall in love with an innocent heart?”). There’s also comedy in the film’s music choices, with Schubert and Pachelbel providing a playful, dramatic soundtrack to mundane dialogue about whether one character’s lodger pays rent. 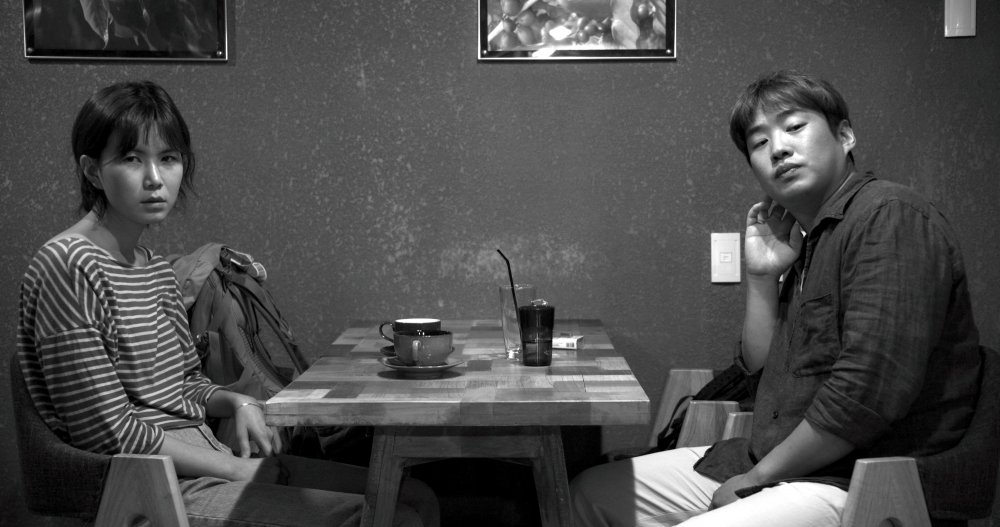 Hong lets us glimpse Areum outside of the cafe too. Over lunch with her brother Jinho (Shin Seokho) and his new girlfriend Yeonju (Ahn Sunyoung), she proves cynical and outspoken, self-righteous in a way not revealed by her laptop musings. “Loving each other? What bullshit!” she quips at her brother when he admits that the pair are thinking of marrying.

As the film progresses, it becomes apparent that the conversations taking place on screen are not chronological. Nor are they necessarily real (“Is it real? It’d be so nice if it were”, someone sighs), with Hong refusing to distinguish between the source of Areum’s inspiration and the reimagined versions of them. “In the end, people are emotions,” her voiceover says. “Emotions are gullible and forceful, precious, cheap and alluring.” This is perhaps Hong’s way of acknowledging that that (of course!) real people cannot boiled down to their emotions – even if a character’s narrative function can. 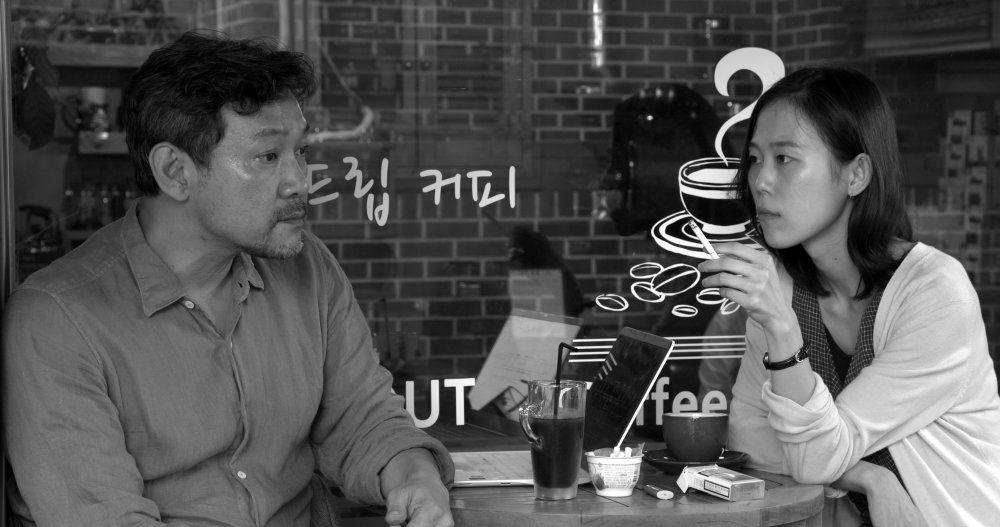 The film is shot in unshowy monochrome by regular collaborator Kim Hyungkoo, whose camera mostly stays static, using simple compositions that keep the focus on the film’s dialogue. The result is an exquisite hangout movie whose probing, sardonic approach to character and conversation treads familiar terrain for the increasingly prolific Korean director. Indeed Hong confronts this would-be criticism head-on, with Jung Jinyoung’s filmmaker voicing his fears about “recycling material”.

Yet though its themes aren’t exactly experimental, its slim 66-minute running time is, dispensing with the arbitrary idea that a fully formed film need fit neatly within the 90-minute model. (Indeed, that Grass is technically mid-length is perhaps why it showed up in Berlinale’s avant-garde leaning Forum sidebar rather than in a competition slot).

Related to Grass review: Hong Sangsoo explores the art of (writing about) conversation