Border guard Tina has a powerful nose for trouble in this twisted combination of procedural crime drama and animalistic romance. 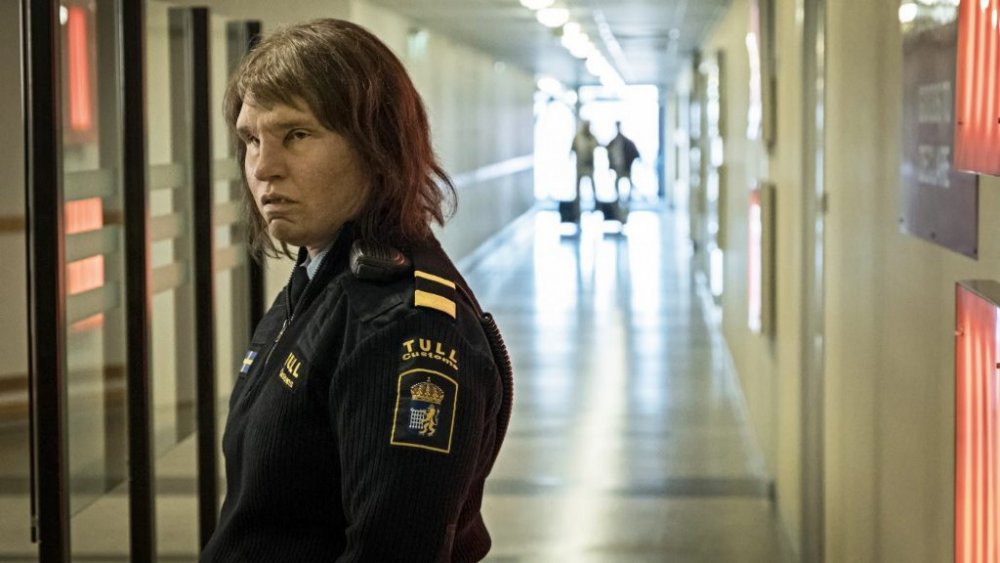 Ali Abbasi’s film opens with a lightly sketched portrait of what makes Tina (Eva Melander) normal. Tina works in border control in a remote part of Sweden, near both water and woods. She doesn’t look like anyone else. Her facial features have a catlike element, her teeth are whetted, her brown hair is bedraggled. Still, her lifestyle accords with social norms. She is a professional, a homeowner, and shows dutiful compassion by visiting her elderly father and by accommodating a layabout lodger.

Gräns is a blend of social realism and Scandi fantasy adapted from a novel by John Ajvide Lindqvist. If this name is familiar it’s because he wrote Let The Right One In, made into a stylised film by Tomas Alfredson in 2008.

Gräns is a more visually dour affair. Unflattering indoor lighting colours the border control setting, while scenes of Tina driving down forest roads (an opportunity to highlight the magic in the trees) feel grounded in the bodily experience of a stoic woman. The greatest hint that something is brewing comes through a sound design of ambient electronic darkness, which points to something within Tina that has yet to emerge.

One important thing about Tina: she has such a refined sense of smell that she can literally sniff out guilt on wrongdoers. Actress Eva Melander gives a nostril-driven performance for the ages, twitching her nose like a bunny’s without moving the rest of her face. One fine a day a sleekly handsome and besuited man tries to swallow a memory card. It turns out to contain images of child abuse. This kicks into gear a procedural thread in which Tina tries to bust a paedophile ring.

Around the same time, a man with the same facial composition as Tina comes through security. The two stare at each other. He grins wolfishly. She registers no emotion and instead searches his bag, finding a container of living maggots. This professionalism doesn’t matter. Two outsiders have found each other. He is Vore, played by Eero Milonoff with swagger and a sensually creaking tan leather jacket. 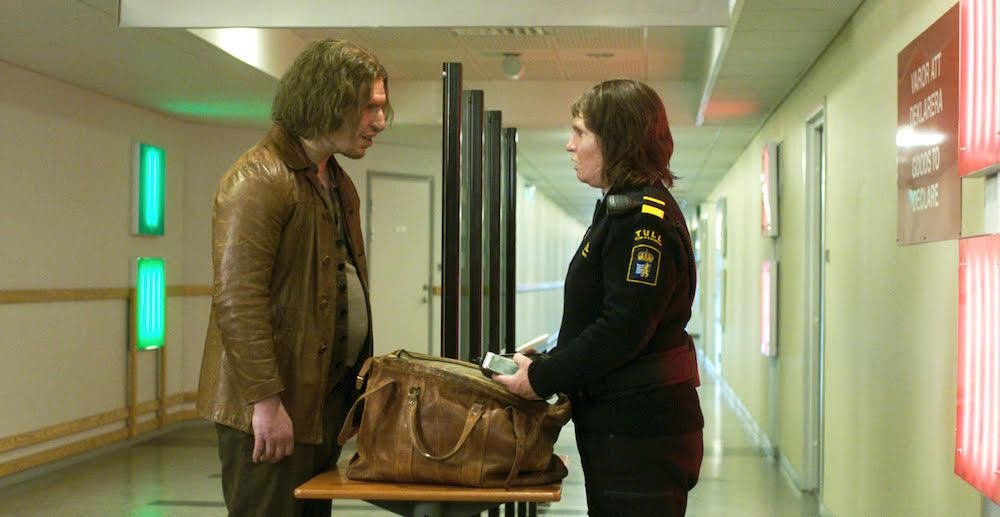 Eero Milonoff as Vore with Melander

“You know you want it,” says Vore to Tina, who favours froufrou girlish clothing when not in uniform. This choice by costume designer Elsa Fischer evokes an identity built around childlike innocence. Vore is not referring to sex (although the film does possess an unforgettably original al fresco lovemaking scene) but a maggot. With this first taste Tina begins to embrace her identity, ushering in the fantasy elements of her story.

The impact of Gräns rides on how twisted-folkloric images sit within the natural environment. Special mention to the visual effects team (Peter Hjorth and Mikael Windelin) for astonishing creations, and to the makeup department (Pamela Goldammer, Göran Lundström, Cristina Malillos, Pierre Olivier Persin, Erica Spetzig) for prosthetics so believable that they don’t seem to be prosthetics.

Abbasi frames each visual revelation using absurd humour. Having spent good time establishing Tina’s lonely life, each expansion into fantasy works as a metaphor for the deepening of her existence. If the film has any excess in its 101-minute runtime, this is a result of letting both the procedural and personal plotlines run their course. The paedophile investigation is mildly interesting, but the laborious way that the screenplay ties it to personal developments muddies the film’s stark power. Gräns hits its peak in the scenes between Melander and Milonoff. Off-the-charts chemistry between them offers thrills, chills and the real romance of another person helping you to let rip.