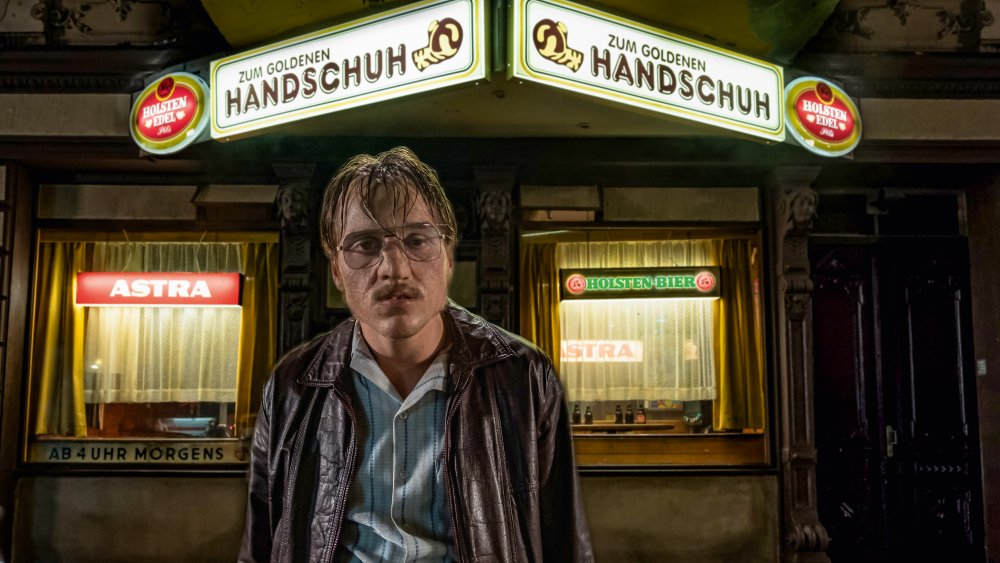 Jonas Dassler as Fritz Honka in The Golden Glove

The Golden Glove, Fatih Akin’s Berlin competition follow-up to In the Fade, is unquestionably the most rancid film of the year so far, and is unlikely to be challenged for that title come December. But in defence of this cinematic suppurating sore, it announces itself as such in its opening seconds: framed by a mouldering doorway encrusted in nudie pics, the mottled, varicose undercarriage of an overweight woman is obscenely, lifelessly entangled in filthy bedsheets.

In shambles Fritz (“Fiete” to his ‘friends’ – that is, the equally malformed homunculi who make up the regular clientele of the titular bar), played by Jonas Dassler as a huffing, drooling, snorting, lisping, wall-eyed, cauliflower-nosed, snaggle-toothed, schnapps-marinated grotesque who walks with concave posture of a Cro-Magnon. He visits some further outrage on the corpse that results in her nude stockings further garrotting her livid thighs, and then attempts, laboriously, to wrap her in plastic.

Dragging the body into his equally squalid, doll-strewn living room – serial killing’s gain truly was interior design’s loss – Fritz sets about dismembering the corpse, though in a tiny act of mercy that won’t often be repeated, we are spared the actual sight of saw meeting neckbone. Instead, the foley artists get to have all the fun (yes I know this description is going on too long, but trust me, these minutes take what feels like several weeks to pass). Finally, his grisly work completed, Fritz chucks some of the bits into a hedge, and stuffs the rest behind a flimsy plywood panel in his flat to reek and putrefy and spew maggots onto the Greek family living below. 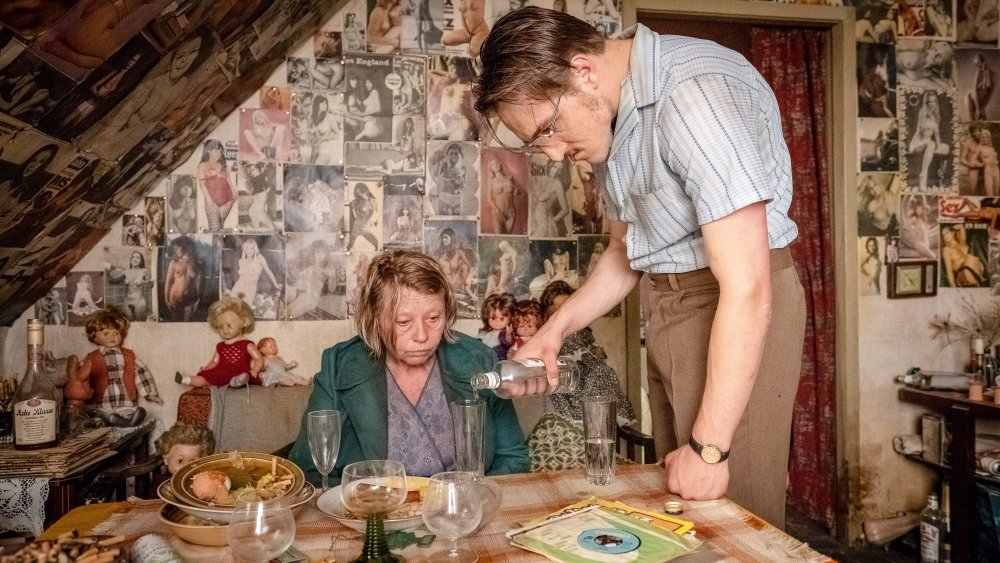 These remains will soon be joined by those of several other women, mostly aged-out alcoholic prostitutes whom he also degrades, rapes (sometimes with kitchen implements or bratwursts) and then beats to death after luring them back from The Golden Glove – here imagined less as a neighbourhood dive-bar and more as sordid, fuggy Hamburgian hellmouth that doesn’t require fumigation and redecoration as much as nuking from space.

This elaborately ugly and bludgeoningly boring film would be unpleasant enough if it were wholly fiction. But The Golden Glove is based on a bestselling true-crime book by Heinz Strunk which is a novelised account of the life and crimes of Fritz Honka, a real-life serial killer who murdered at least four women in the St Pauli suburb of Hamburg in the 1970s. Without any attempt at an original perspective on Honka’s psychology, this ‘horror’ (as it’s insistently called in the press notes, despite lacking any discernible horror artistry) just feels like an opportunity to victimise these unfortunate women a second time. 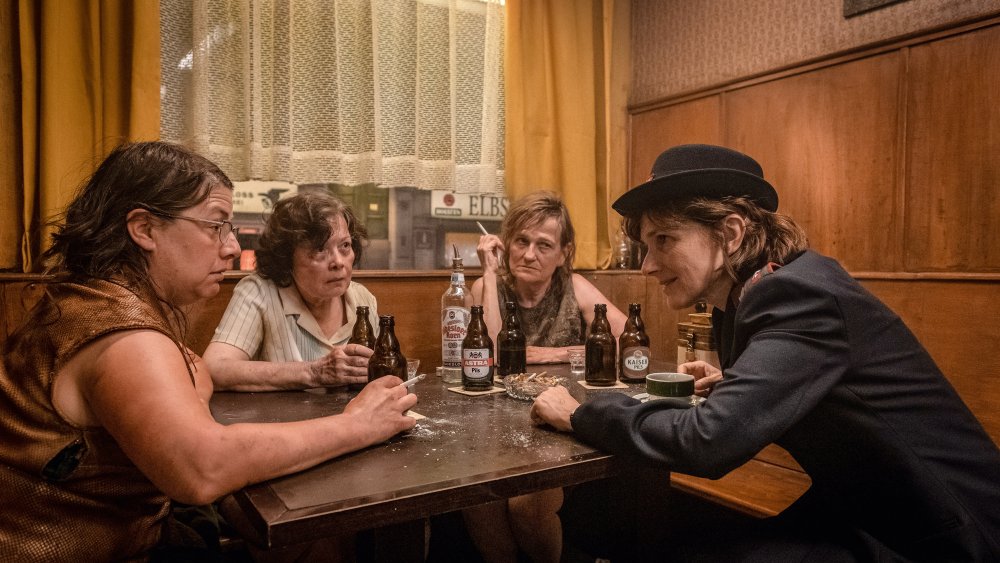 The literally naked bravery of the actresses, including Paradise: Love’s Margarethe Tiesel, is wasted when they’re given greasy caricatures to inhabit in lieu of characters, and then subjected to the film’s graceless, humiliating gaze. Equally noxious, though, is the fawning adulatory glow lent to the nubile, vapid high-schooler who becomes Honka’s fantasy lust object – it’s a very deep problem that the film looks at all its women in almost exactly the same way Honka does.

Just a few short days ago it would have been difficult to imagine any new serial-killer-movie-from-a-respected-European-arthouse-director having less to contribute to the actual discourse around misogyny and male-on-female violence than The House That Jack Built. But never say never; it looks like Fatih Akin got Lars Von Trier to hold his beer.