Film of the week: Funny Cow is a tough tale of hard times and dark humour

Maxine Peake blazes in an unapologetically jagged story of a northern comic battling domestic violence, sexism and hecklers on the 1970s and 80s club circuit. 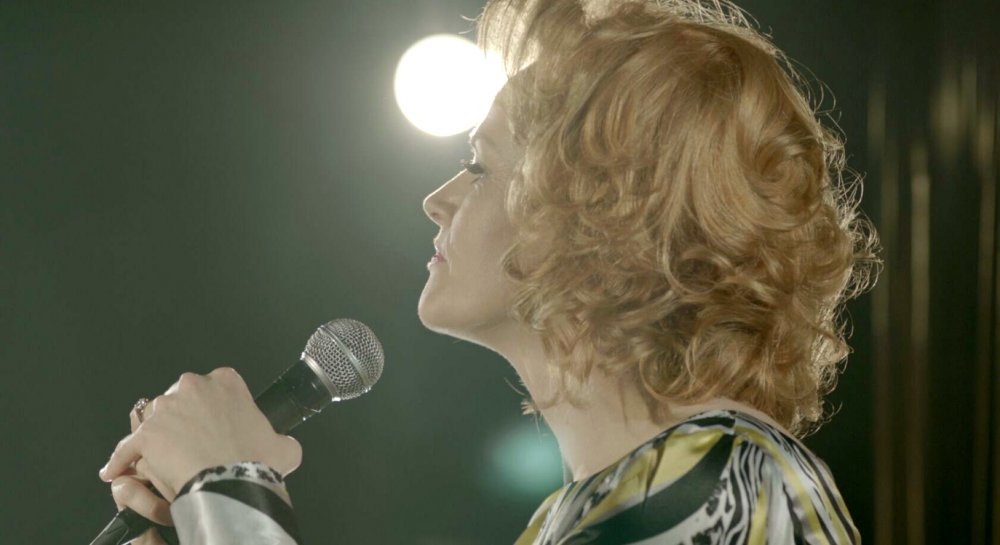 Maxine Peake as the eponymous star of Funny Cow

“It’s not a job for a woman – because women aren’t funny,” insists fading comic Lenny Lemon, predicting that the male audience will “be on you like a pack of wolves”. But Maxine Peake’s Funny Cow (her stage name, and the only name she bears in the film) has a determination forged in a terrifyingly grim childhood.

Stinging snapshot scenes in which she challenges her violent father and broken mother, or brashly entertains the jeering neighbourhood kids, add a close-up empathy to the brutal realities of 1950s poverty. The memories erupting into her grown-up onstage confessions have a PTSD quality that hints at emotional damage. Formally slippery at the edges, the film mixes a Wheeltappers and Shunters Social Club period realism with arthouse gambits. There’s an unapologetic jaggedness in its back-and-forth slippage between the 1950s, 70s and 80s, alongside Funny Cow’s harsh asides to an unseen audience that could be on a TV show, or simply in her head. These look back lightly to Alfie (1966), whose cocky protagonist was similarly bolting from life’s traps. 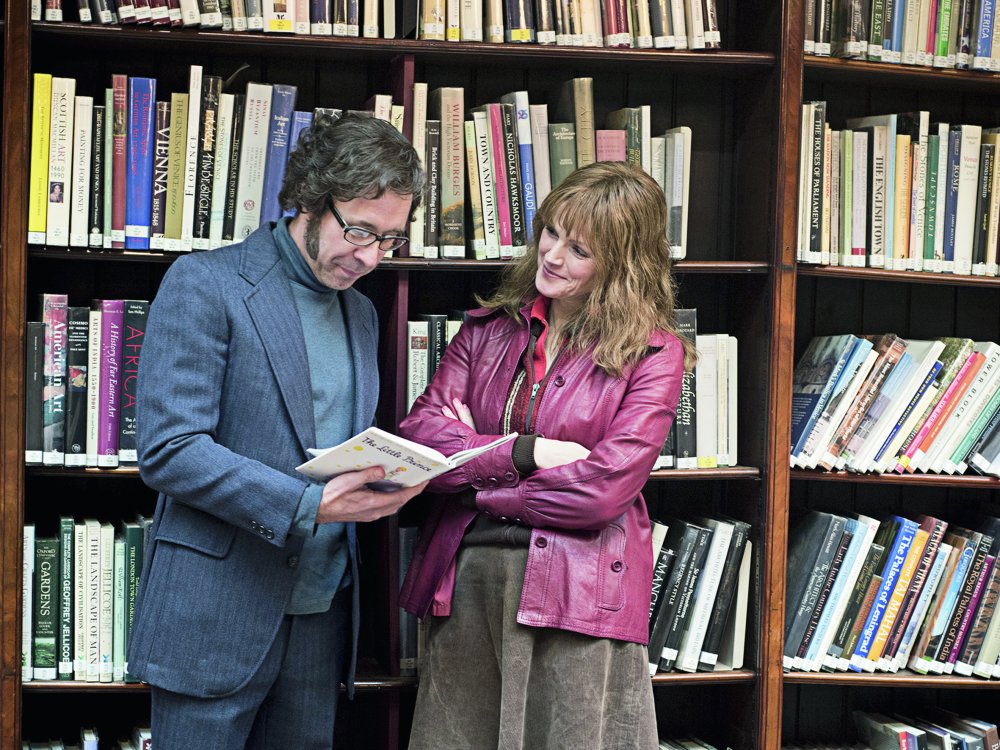 Paddy Considine as Angus with Peake

Amid a note-perfect evocation of depressing, sticky-carpeted pubs, shabby flats and bleak back alleys, Peake’s relentlessly red costumes flare like a match, from girlhood crimson tights to pillar-box sequinned stage gowns. The glamorous outfits, as well as the hardscrabble childhood, suggest that 70s comic and singer Marti Caine was one of the film’s inspirations. But Peake makes Funny Cow a glittering, tungsten-hard threat on stage, with none of Caine’s self-deprecating humour or brassy warmth.

Her abrasive, sweary stage act reeks authentically of the era’s casual bigotry, replete with poof and Paki gags fit for contemporaneous TV show The Comedians. This was the era when Trevor Griffiths’s play Comedians (1975) questioned why every stand-up joke had to attack rather than observe. But Funny Cow prefers to tackle the offstage sexism of the time rather than its brazenly offensive gags, and the result is slightly uneasy. Unlike TV’s 60s-set The Marvelous Mrs Maisel, it’s not interested in parading a new, female-centred variety of stand-up. There’s no touchy-feely feminism in Tony Pitts’s spiky, unsentimental script, whose heroine channels her rage into the merciless mocking of hecklers.

Peake blazes through the film with an intensity that puts the thin if well-acted characters around her (Paddy Considine’s smug bourgeois boyfriend, Lindsey Coulson’s drink-shrivelled mother) in the shade. Only Pitts’s menacing Bob, a veritable Bill Sikes of a husband, can go toe-to-toe with her. Peake deftly captures the broken side of her character, one incapable of loving, who leaves Considine’s would-be rescuer because “I’m not Eliza fucking Doolittle”.

A deliberately bumpy narrative with no aspirational feelgood factor, this is the anti-Billy Elliot. Finding your creative groove heals nothing here. An ambitious if flawed film, it’s a thought-provoking piece that – like its heroine – isn’t afraid to make its audience uncomfortable.

Related to Film of the week: Funny Cow is a tough tale of hard times and dark humour