The Florida Project review: a happy film about an ugly world 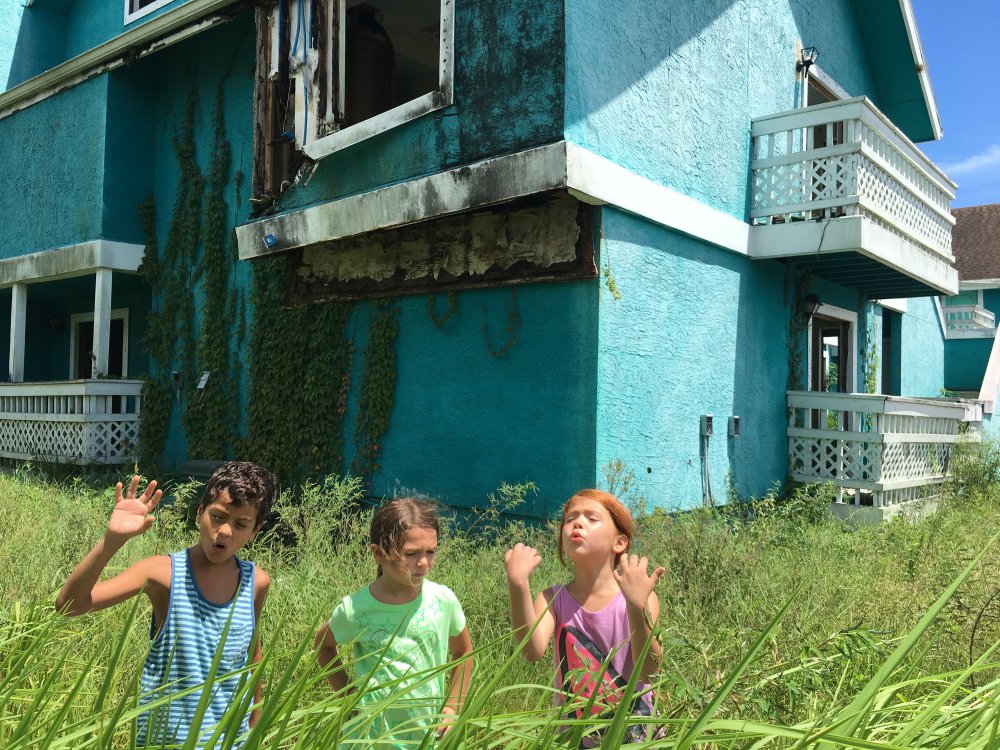 Meet Moonee. She’s six. Likes ice-cream, playing with her friends and generally tearing about the place. This boisterous, feisty, larger-than-life mischief-maker grabs hold of Sean Baker’s fifth feature and hollers at us to keep up with her. She’s yelling at the top of her lungs right from the opening scene as her friend Dickie calls out for her. Turns out a new family have moved into a neighbouring motel and it’s time to go and spit on their car.

Baker’s last feature Tangerine was a vérité piece of guerrilla filmmaking. He maintains the same manic energy levels here, keeps the same unrepentant, unrelenting raucous verbal spitfire of a script, but swaps an iPhone for 35mm and the streets of Los Angeles for the poverty motels of Orlando, Florida. Just as Hollywood and the sun-kissed dreamland of LA was off-limits and off-screen in that film, here Disney World is the fantasy behemoth that casts a long shadow over Moonee’s universe. Helicopters, one presumes ferrying in the rich, can be spied in the skies. Meanwhile every building in their neighbourhood has been licked in brilliant, Disney-copycat candy shades – violets and oranges and pinks that pop on screen.

It’s summertime, school’s out and Moonee and her sidekicks Scooty and Jancey career about on caper after caper, largely unsupervised by their parents.“We’re not allowed to go in there,” Moonee tells newcomer Jancey gesturing to a motel door. A minute later the power in the motel is shut down.

Baker and cinematographer Alexis Zabé (a chromatic whizz responsible for the rainbow palettes of such disparate films as Carlos Reygadas’s Silent Light and Pharrell Williams’ music video Happy) often pull back to watch the kids’ tiny bodies rushing past one surreal, florid building after another. Baker is a neorealist, fully immersed in his protagonists, and judging them is not his focus. His social critique is aimed further up the food chain and is illustrated in part by the authority figures who occasionally pass by, but mostly from his chosen locations. ‘Futureland’ and ‘Magical Castle’ are the names of the dead-end motels these kids live in, where charity trucks pull up to hand out food only to be ushered round the back so as not to scare off any passing tourists.

As ever with films of this ilk, the performances are pivotal. Baker’s cast includes Bria Vinaite, who was scouted from Instagram to play Moonee’s mum Hayley, which she does with unapologetically maximalist rage. But Baker also goes beyond his regular street-casting approach to include professional actors too. Child actor and newcomer Brooklynn Prince’s fiery presence always ensures that Moonee is more wild than cute, a mini-version of her perma-combative mother. Willem Dafoe meanwhile carves the beleaguered but ultimately tender-hearted motel manager Bobby a grizzled edge. 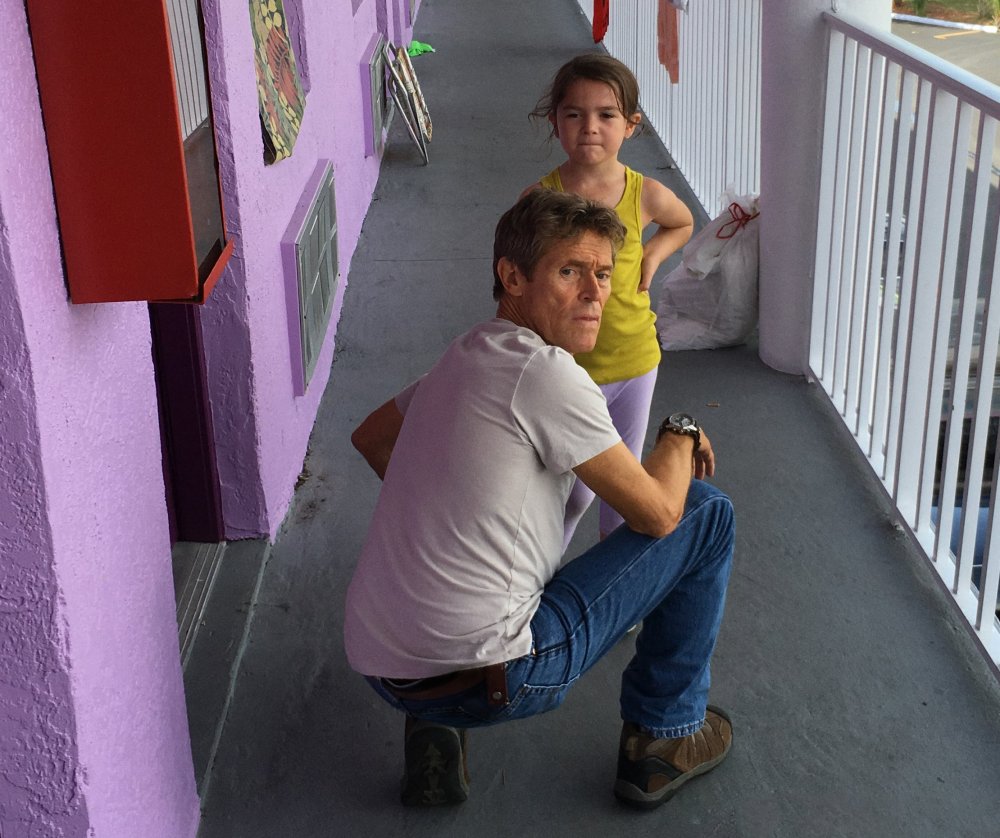 From Pather Panchali to Kes and Chop Shop, rendering a wonky child’s-eye view of the world, and in particular of poverty, is nothing new (although most tend to be boys’ stories). Here the off-kilter, unusual, matter-of-fact observations from a very young child (as opposed to a teen or pre-teen, where disillusionment has already taken hold) bring a fresh perspective, realism and humour to well-worn territory that too often drowns in pity, sentiment or demonisation. “See I told you I’d bring you on safari,” Moonee says to Jancey as they stare out at a field of cows. What’s particularly welcome about Baker’s film is that, while there is some very inventive framing of the kids at play, it’s not overly lyrical (unlike Andrea Arnold’s American Honey). There is one brief sunset; otherwise The Florida Project is filmed in the glare of full sunlight, rather than romantic magic-hour tones.

Cannes is so often brimming with worthy, issue-laden tales of poverty. This is a breath of fresh air in that it’s a mostly happy film about an ugly world. Moonee wanders about in an enchanted microcosm of her own making. She is largely unaware of her and her mother’s desperate situation. Selling knock-off perfume to golfers and begging money for ice cream (“my doctor says we got asthma and we got to eat ice cream right away”) with swagger is all she knows.

It’s only much later in the film, as the pair sneak into a buffet breakfast at a smart hotel and Hayley’s scrappy survival plan starts to descend into criminality, that cracks appear in her worldview. Mostly the plot-light film skips along with its protagonists, but there is a crescendo of drama at the end that culminates in a tear-duct-testing finale. While the film’s final symbolism may be a little trite for some, there’s no escaping that what we have just witnessed is the coming of age of a six-year-old.

Why the film appeared in the directors’ fortnight sidebar, often home to more edgy fare, and not competing for the Palme d’Or, is a mystery.

Related to The Florida Project review: a happy film about an ugly world