Amid the frenetic violence in this three-way fight between the yakuza, the triads and the police, it’s hard to shake the feeling that the Japanese director’s gory days are behind him. 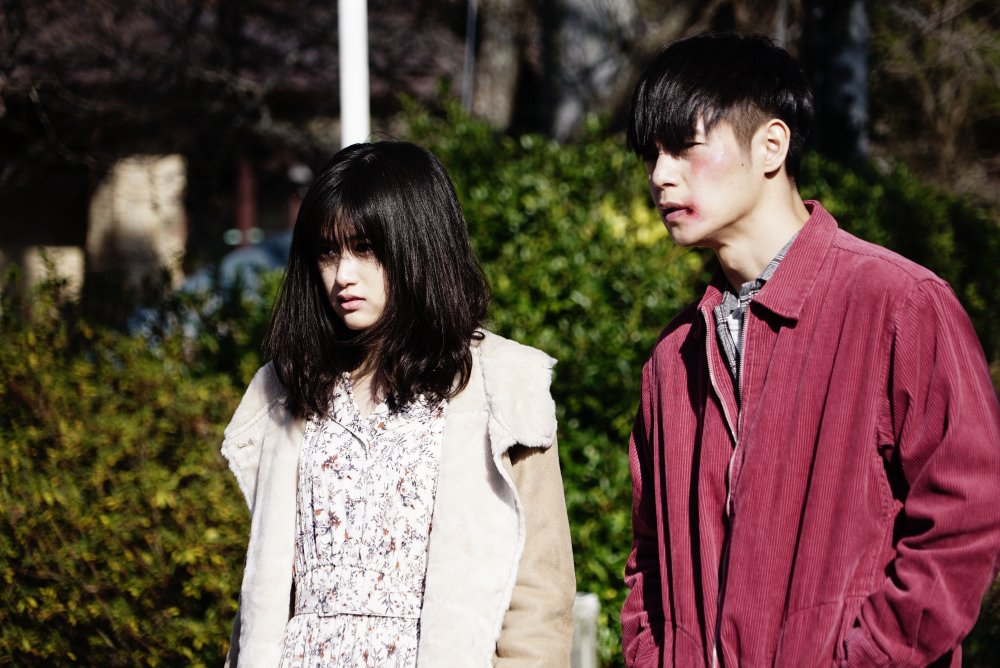 There have been quite a few Japanese movies titled Hatsukoi (First Love), including a new-wave classic by Hani Susumu and a transposition of Turgenev’s novella to Tokyo by Tsuruoka Keiko, but Miike Takashi’s film is the first to set a sweet, burgeoning romance between two damaged young people in the context of an all-out war between yakuza, Chinese triads and police. The young lovers-to-be are amateur boxer Leo, who spends most of the film believing he has a fatal brain tumour, and Yuri, a cocaine-addled prostitute who works as ‘Monica’ and is often left helpless by memories of her abusive father. They are haplessly drawn into the larger conflicts because Yuri’s pimp Yasu and his Eurasian mistress Julie are drug-dealers for the triads. Much of the action takes place over one night, but the time-frames of the Leo-Yuri story and the yakuza-triad-police machinations don’t entirely mesh.

The plot’s underlying presumption is that the yakuza are in decline, while the Chinese triads are muscling in. Yakuza have traditionally stayed away from guns and drugs, but the Chinese incomers have no such scruples.

The gang-war side of the plot hinges on the anarchic behaviour of one renegade yakuza (Kase, played by Sometani Shota), who defies his bosses by forming an alliance with a bent cop to snatch a large drug shipment from the triads. His actions naturally prompt reprisals and there are comic-graphic beheadings, shootings, Taser-attacks and clobberings with whatever comes to hand throughout. The stream of tit-for-tats is almost wilfully confusing, largely because Miike and his writer Nakamura Masaru make no attempt to individualise (or even identify) most of the Japanese and Chinese gangsters, and many Western viewers will have trouble distinguishing the Japanese speakers from the Mandarin speakers. But in the course of that one crucial night we are required to notice that the yakuza gumi is decimated by Kase’s treachery while the ever-expendable Chinese always have new and more powerful bosses to lead them.

The contrast between all the gangster kerfuffle and the relatively leisured pace of the developing relationship between Leo and Yuri is deliberate, but the film risks asking too much of its audience by expecting them to reconcile the two strands as the events of a single night. This makes the film a rather abstract experience, and one with surprisingly little emotional heft. Many viewers will take it less as a drama than as an assembly of typically bravura Miike set pieces.

As such, it pretty much delivers. Miike’s black humour is well to the fore (a still-emoting severed head registers surprise at its own decapitation), and the Chinese godfather One-armed Wang’s arrival late in the day and his skill at one-armed handling of a shotgun are something of a showstopper. Such details, plus the sudden switch to cartoon-style animation (complete with a written-sound-effect “CRASH”) for the climax’s impossible car stunt all offer exactly what Miike’s less critical fans have come to expect.

But Miike did the whole yakuza-versus-triads thing way back at the start of his career in Shinjuku Triad Society (1995), and the gangster strand in First Love is a less-energised rehash of that. Long-term admirers will remember that Miike once had a genuinely radical edge, which ran from his gay yakuza love story Blues Harp (1998) to his nihilism-through-the-ages epic Izo (2004) and his cosmic celebration of transgressive passions in Big Bang Love: Juvenile A (2006). He also showed an uncommon ability to refresh genres, as in the fatal-attraction thriller Audition (1999), the action movie Dead or Alive (1999) and the charming, Ealing-style comedy of Shangri-la (2002), though none of his movies for kids quite hits the spot.

Maybe, as he laments, Japanese companies are no longer open to the kind of taboo-breakers that he used to specialise in. Or maybe he just started to grow old; he’ll turn 60 this year. Either way, First Love suggests that the great days are over.