Film of the week: Weiner

All on camera: a politician unbound – and stranger than satire. 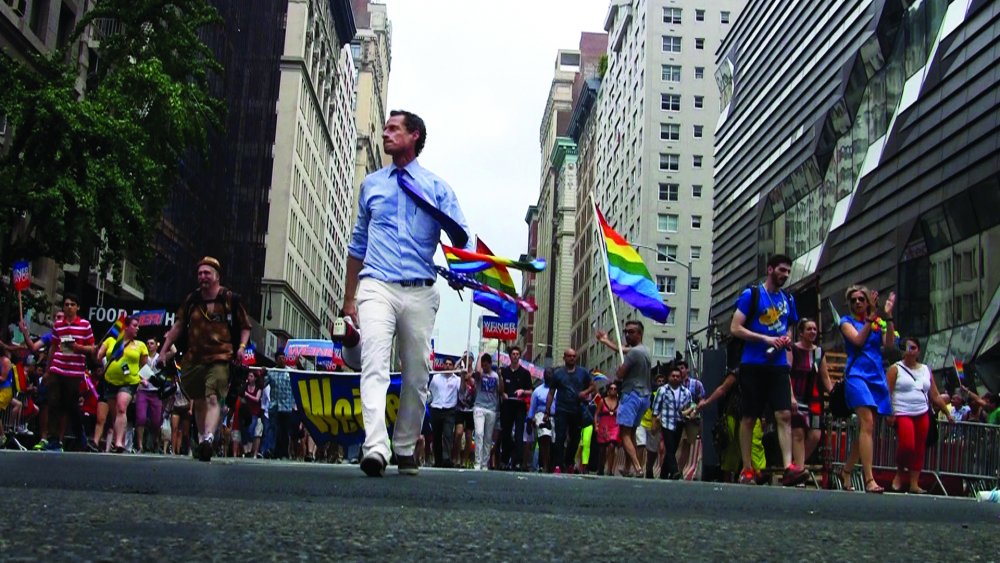 If Anthony Weiner hadn’t existed, political satirists would have had to make him up: a rising congressman whose name is, of course, US slang for male genitalia, embroiled in a sexting scandal after sending images of his own bulging underpants; a Jewish politician married to the Asian-American right-hand adviser to the most powerful woman in US politics; a comeback candidate running for mayor of New York City, wife dutifully standing by her man, the campaign seemingly working like gangbusters – until another sexting scandal erupts… The likes of Aaron Sorkin or Armando Iannucci and their teams on The West Wing or Veep would surely congratulate themselves for such on-point skewering of personal and political hubris. Although even they might have considered Weiner’s genuine online pseudonym – ‘Carlos Danger’ – a comic conceit a little too over-the-top.

The facts of the case are outlandish enough, but what’s even more eye-opening is that so much of it has been documented in real time by directors Josh Kriegman and Elyse Steinberg. In an information age in which immediacy trumps all else – grainy CCTV and shaky camera-phone footage are now established visual sources for major news networks – it’s disconcerting to have such ostensibly composed and professional-looking reporting embedded here. When the second scandal breaks, Kriegman’s camera smoothly follows bewildered campaign staff at Weiner’s HQ as they try to take in the revelations unfolding on their TV screens. We’re right beside a neatly framed Weiner and wife Huma Abedin as he attempts to manage both the wider fallout and her deepening hurt and fury at the latest crisis. It’s some coup.

Kriegman’s unparalleled access is largely down to his previous role as Weiner’s New York chief of staff, which is presumably what allowed him to stay up close and personal once the original plans of documenting a potential political comeback have derailed so spectacularly. As an exposé of today’s 24-hour news blitz, with its rush to judgement, addiction to instant soundbites and endless speculation, the film is more filibuster than visionary radical. Indeed, one could argue that it risks complicity, especially when granting so much narrative weight to the climactic subplot of Weiner’s former sexting partner Sydney Leathers and her opportunistic election-night sting. At what point does offering a similar ratio of tabloid sensationalism to genuine political discourse make a documentary complicit in the very type of coverage it tacitly denounces? 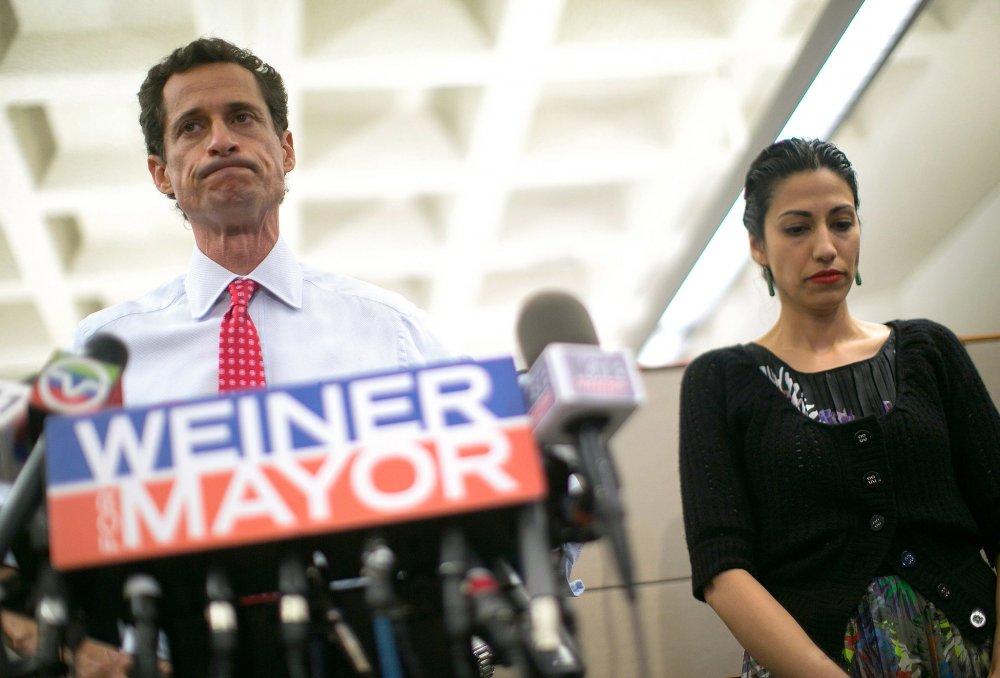 Yet one can’t deny that the film shoots its barrel-bound fish with great gusto. Editor Eli Despres (Blackfish) navigates smart changes of pace, juxtaposing the kinetic energy of Weiner in his man-of-the-people element at a street parade with the tumbleweed reception for rival mayoral candidate (and eventual winner) Bill de Blasio. It’s also highly attuned to prolonged, discomfiting spaces and excruciating silences outside the rhetoric, notably Abedin’s clenched body language and collection of remarkably eloquent stares and eye-rolls.

While Abedin is clearly enduring the cameras under duress, Weiner is most definitely not. A slick early montage establishing his rapid rise up the Democrat ranks presents a showboating politician who relishes – perhaps even needs – the spotlight. The directors have been at pains to stress their non-judgemental stance but, frankly, Weiner is keen to play all parts here anyway: his own judge, jury, cheerleader, even nemesis.

This means that for all his intermittent self-flagellation, Weiner’s vaulting ambition and his seeming inability to rein in self-destructive tendencies are allowed to run the show. It makes for a vastly entertaining character study but not necessarily an enlightening one. Keeping Weiner centre stage at the expense of dedicated interviews with other principal players somewhat maroons viewers in his blinkered vantage point. Kriegman’s occasional off-camera direct questions are easily batted away. For some, this will be a flaw of the film, rather than of its protagonist. Yet end-credits footage, showing Weiner to be still a charismatic if slightly more chastened fixture on the media circuit, reveals a wholly political animal, impervious to dissection, impossible to fully cage.