Film of the week: Marshland

Southern Gothic Spanish-style in a gripping detective thriller set in the slough of the country’s post-Franco ‘Forgetting’. 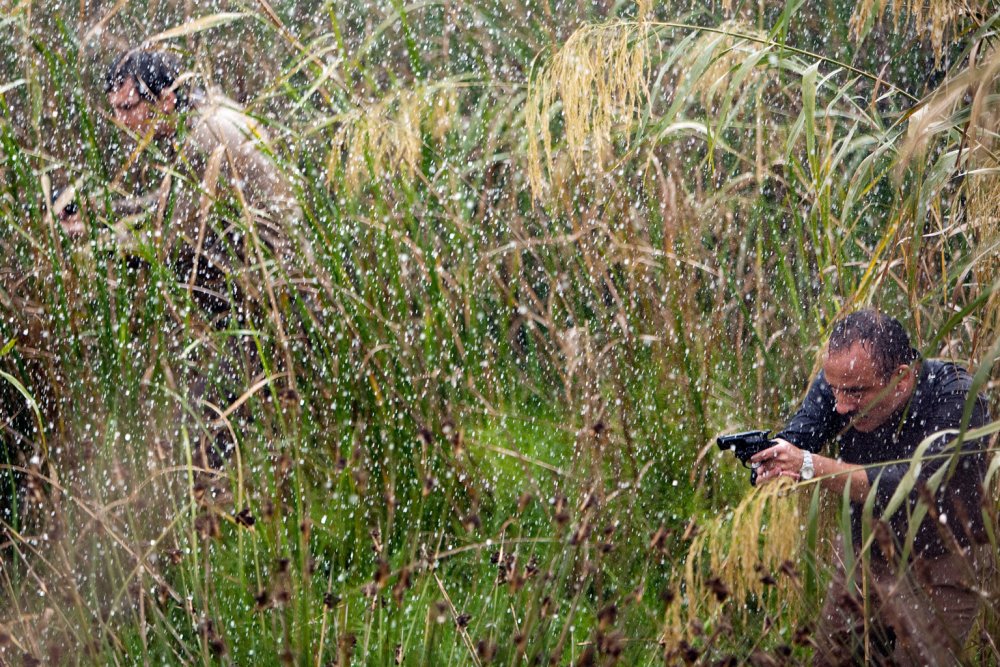 The opening of Alberto Rodríguez’s sixth feature shows an aerial view of the Guadalquivir marshes, the delta that leads from the Guadalquivir River into the Atlantic Ocean. From above, it looks like a twisted intestine or the interior of a human brain, a jigsaw of intersecting arteries. It’s an area that produces around 40 per cent of Spain’s rice crop, and a place of spectacular natural beauty, home to the Doñana National Park, designated a Unesco World Heritage Site.

Rodríguez’s focus, however, is not on the landscape as tourist vista. Rather, he invites us to probe beneath the veneer of this immense inhospitable terrain through the narrative of a pair of detectives sent from Madrid in 1980 to investigate the disappearance (soon revealed to be the brutal murder) of two sisters from the small town of Villafranco.

The experienced detective Juan (an impressively offhand Javier Gutiérrez) and his idealistic partner Pedro (Raúl Arévalo) are first seen making their way through an evening fairground as horns and bugles mingle with screams and the noise of the rides. Their car has broken down and, as they stumble into town, the layered sounds and murky visuals leave the viewer as disorientated as the two detectives.

The men’s late arrival at their hotel means that one of their rooms has been reallocated. Dim interiors and the dour attitude of the hotel owner testify to an insular community. Television images register domestic unrest and social protest, evidence of a nation grappling with the testing transition from dictatorship to democracy. The fleeting glance of a banner referencing the ultra-rightwing Fuerza Nueva (New Force) party among the televised protesters points to the palpable legacy of a Francoist ideology that lives on in the aptly named Villafranco.

This is not the first time that Rodríguez has opted to go back to the 1980s as a mode of reflecting on the fissures in Spain’s democratic present. In Unit 7 (2012), the (mis)adventures of a drug-trafficking unit in the build-up to Seville’s 1992 World Expo showed the country’s democracy to be rooted in corruption and compromised collaboration with informants and criminals. Even After (2009), which was set in the present, portrayed a generation of infantilised adults obsessed with instant gratification, unable to cope with responsibilities and with no view of the long-term consequences of their actions – a revealing comment on the factors that led Spain to its most devastating recession in modern history. 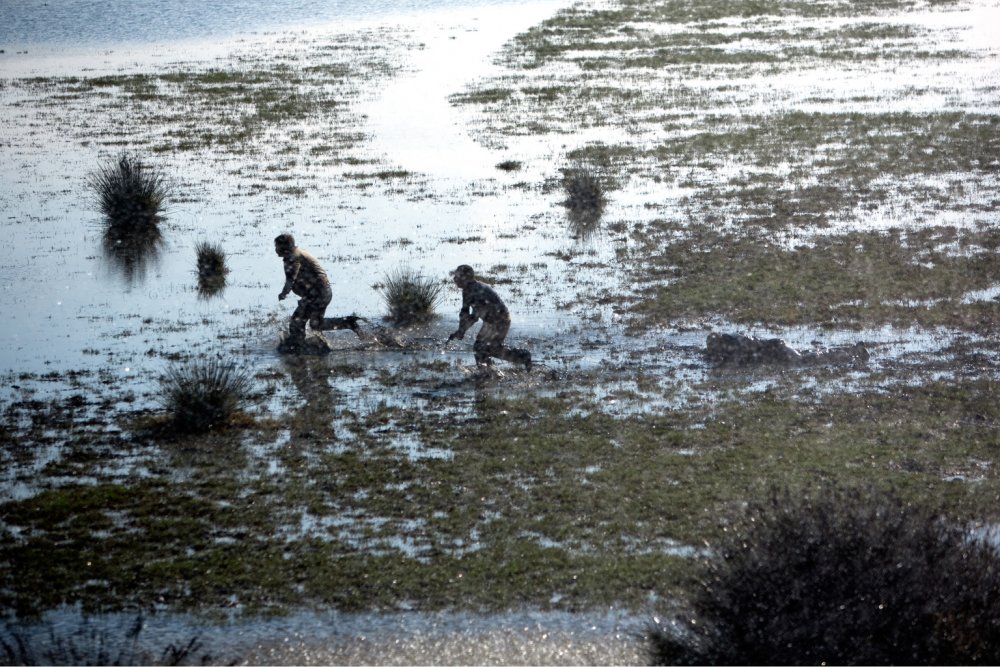 With Marshland, Rodríguez crafts a brilliant, compelling edge-of-your-seat detective thriller infused with a spirit of uncanny gothic redolent of David Lynch and David Fincher. There are chase sequences across both water and land, and red herrings that set up a range of plausible suspects and avenues, leading the detectives into a labyrinth as confusing as the waterways themselves. Frequently the viewer is given a bird’s-eye view of the action, a privileged vantage-point from which we can scrutinise the map-like images of the remote wetlands.

Rodríguez and DP Alex Catalán’s shadowy visuals reference the Seville photographer Atín Aya, whose stark black-and-white images capture the eerie qualities of the marshlands and their inhabitants. Rodríguez’s remarkable accomplishment lies in fusing Aya’s crisp portrait style with both a noirish colour palette and a rich soundtrack blending the sinister stringed music of a mandolin with the ambient noise of animated fairgrounds and bars, cicadas and local wildlife, rippling waterways and ferry propellers – the latter used to sever the feet of one of the murdered women. The objects the locals carry with them – knives to gut fish, hunting guns, horticultural pliers and ropes to tie up boats – are also revealed as instruments of torture. Marshland encourages the viewer to scratch the surface and confront the unarticulated horrors that lie beneath.

Indeed, Rodríguez’s edgy thriller chillingly interrogates the formation of Spain’s post-dictatorship culture. The detectives arrive in the wetlands on the very day Basque separatists have assassinated four off-duty civil guards on the outskirts of the town of Markina. Tensions are running high. The local mayor is keen to have the murders solved, as he is busy dealing with the consequences on the lucrative rice harvest of labourers striking in protest at substandard wages. Economic interests evidently override the importance of human lives. The local cacique (landowner) is a shadowy figure operating under the protection of the mayor, whose own approach is anything but transparent. “You don’t know how things are done around here,” he warns Pedro. The detective’s answer reveals that he knows only too well that the situation here is mirrored across the rest of the country. 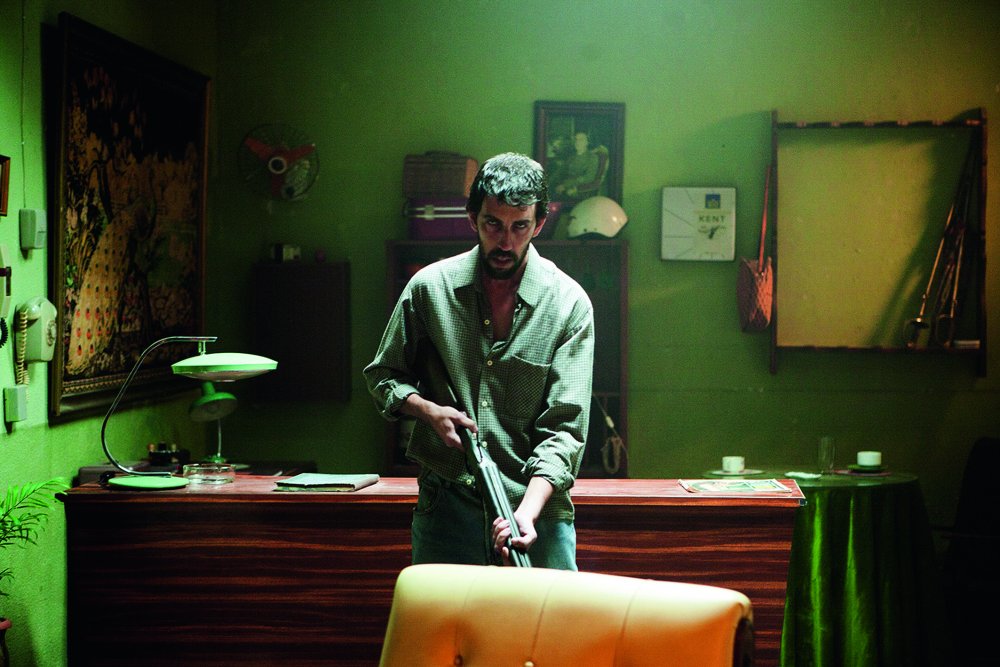 The shadow of the dictatorship hovers over the film from its very opening. Pedro is appalled to find in his hotel room a cross decorated with photographs of Franco and Hitler, and shoves it in a drawer. But out of sight isn’t out of mind, and reminders are everywhere – such as the graffiti on the walls of an abandoned farmhouse spelling out ‘Viva Franco’ in large letters. The culture of institutional patronage and corruption thrives in Marshland, ominously underpinning the infrastructure of the fledgling democracy. Civil guards patrol the countryside, rifles slung over their shoulders, and it’s suggested that they are involved in underhand activities, supporting the illegal drug trade and giving tip-offs to a local reporter that have implications for Juan and Pedro’s investigation.

The locals too promote a cronyism that has devastating consequences for the community. Estrella and Carmen’s father Rodrigo lies to the police about his daughters’ movements in order to cover up his own theft of a kilo of heroin belonging to a local drug baron; he beats his wife and may even have abused his daughters. He is convinced that the detectives have been sent from Madrid only because his wife’s brother undertook military service with a well-connected judge. In the Spain of Marshland, it’s who you know that matters.

Franco may be dead, but the effects of Francoism are all too present. Poverty is rife: one man poaches illegally to make a living; a mother mentions that two of her children have emigrated to Germany and France (it’s not clear whether this is economic flight or political exile), while the third has left for the Costa del Sol, servicing the lucrative tourist industry. When Pedro and Juan interview Estrella and Carmen’s friends about the girls’ disappearance, they all talk of wanting to leave. One of them, Marina, bears the physical marks of maltreatment and is visibly shaken. The youth of the town are either implicated in the culture of violent misogyny and corruption, desperate to depart, drunken and depressed, scared out of their wits or dead. 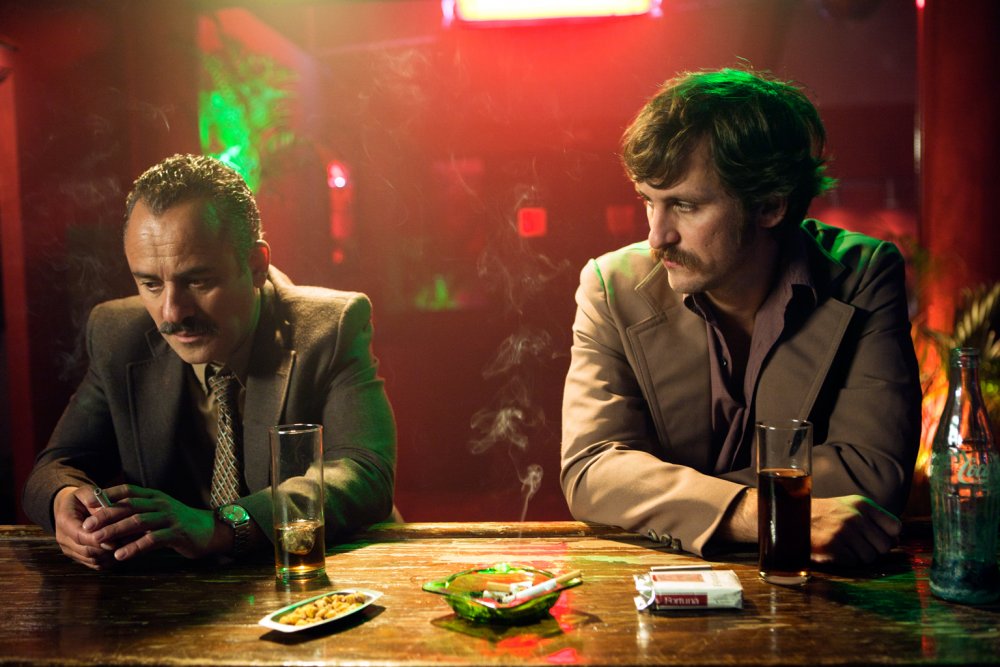 Marshland initially positions Juan and Pedro as two contrasting visions of Spain. Gutiérrez characterises the former as a hardened pro, a boozing womaniser who opts for physical violence as a way of getting results. Arévalo’s Pedro is cautious but also largely insensitive to the needs of the local community. Juan’s experience serves the case well, but it has been forged in Franco’s Gestapo, the Brigada Político-Social. When a reporter passes Pedro information suggesting that Juan was responsible for the death of a protester in 1971 and the torture of more than 100 individuals during the regime, he destroys the photographic evidence – a nod to the ‘Pact of Silence’ (also known as the ‘Pact of Forgetting’) that governed Spain’s transition to democracy, a tacit agreement enshrined in the amnesty law of 15 October 1977. Pedro enacts a country’s pragmatic decision to avoid retribution in favour of a compromised working relationship.

It is telling that Pedro has been punished with this remote posting for writing a letter to a newspaper criticising a military general’s inflammatory remarks. Spain, Juan reminds Pedro, is a nation that isn’t used to democracy, and the military still holds sway – Lieutenant Colonel Antonio Tejero’s attempted coup will take place just a few months after the action depicted here.

But the film refuses to adhere to easy binaries. Juan’s surname is Robles, which translates as ‘oaks’, testifying to a noble strain in his character: loyalty to his partner. Pedro, meanwhile, is not averse to employing violence where he feels it is necessary. He is keen to differentiate himself from Juan, but the fact that their disagreements happen during shared activities – shooting at the fairground’s rifle range, for example – suggests they may have more in common than Pedro is willing to admit. Indeed, the boundaries between criminality and legality are anything but clear in this powerful portrait of the fault lines of post-dictatorship Spain.

Related to Film of the week: Marshland