Film of the week: Jason Bourne

After nine years, Paul Greengrass is reunited with Matt Damon’s Jason Bourne in the latest instalment in the spy saga, but are espionage thrillers struggling to adapt to the age of information overload?

from our forthcoming September 2016 issue 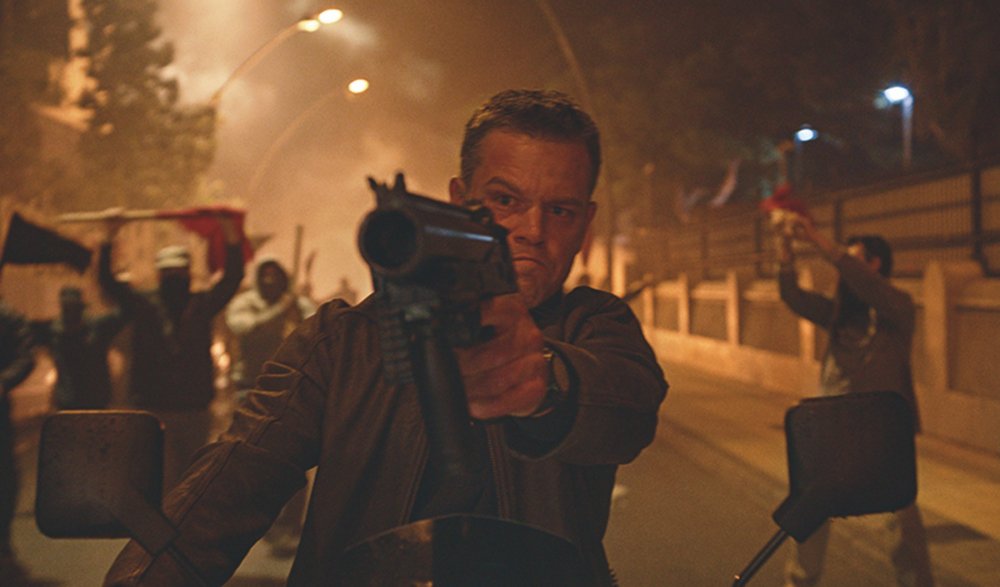 The triple crisis of the modern spy movie is the redundancy of human intelligence, of the secret agent, and of spectatorial agency. The control room, which made its first impact on the genre in Patriot Games (1992) and is a central location in all of the Bourne films, is a space where the operators cede ever more control to ever more sophisticated technology. In the first set-piece of Jason Bourne, in which the CIA in Langley deploys its assets in Athens to kill Jason Bourne (Matt Damon) and his old helper Nicky Parsons (Julia Stiles), both ‘off the grid’ since the events of The Bourne Ultimatum (2007), the control room has acquired something approaching artificial intelligence, processing more inputs than any human would be capable of in order to find and – crucially – predict the movements of the operators’ prey. The actual agents, or assets, are vectors on a screen; Bourne’s longstanding aim, having realised this, is to get out.

One problem this causes the films as films is to do with perception. In the age of Fritz Lang and Alfred Hitchcock, when the cinematic apparatus was close to being state-of-the-art technology, part of the pleasure of the spy movie was its intensification of ordinary visual perception: the attentive viewer, feeling him or herself to have taken on some of the attributes of the spy, was rewarded for noticing the clues that skilled directors had threaded through their precisely edited work, sometimes – as was Hitchcock’s speciality – in advance of the characters. Such were the mechanics of suspense. Now, however, the spectator, like the control room operators, has to respond to an impossible overload of information, which is not only conveyed through systems more abstract than those of the cinema, but interpreted by them too.

Paul Greengrass’s response to the new espionage paradigm has been, famously, to eschew the clarity of Lang or Hitchcock and make everything harder to interpret or predict. Twelve years – the same span of time that separates Lang’s Dr Mabuse (1922) from Hitchcock’s The Man Who Knew Too Much (1934) – have passed since his first contribution to the series, The Bourne Supremacy (2004), and its shaky camerawork and discontinuous editing have become so influential that one might have expected a change of course, such as Tony Gilroy took with The Bourne Legacy (2012). Far from it – if anything Jason Bourne, which Greengrass co-wrote with his regular editor Christopher Rouse, is even less easy to follow than its predecessors. Not that the plot, or the outline of each sequence, is difficult to grasp; rather, from shot to shot in any given chase or fight, it is often hard to see what is happening. The novelty has worn off. 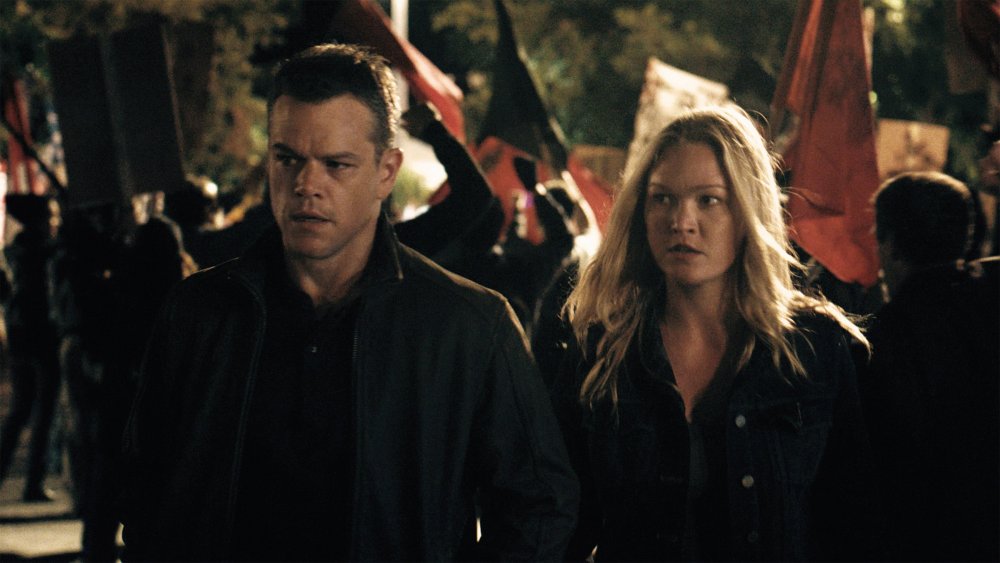 Nor is the plot anything new. Once again Bourne has to decipher his own flashbacks; once again he moves from city to city, revisiting two of the capitals from earlier instalments, London and Berlin; once again he partially wins over the woman in the control room (this time Alicia Vikander) while retaining the enmity of the man (now Tommy Lee Jones). Even the tradecraft is familiar. In Supremacy Bourne meets Nicky in Alexanderplatz so as to coincide with a political demonstration which will give them cover to talk off-mic; in Jason Bourne they use a (much more spectacular) demo in Syntagma Square in Athens. Plenty has happened in the world since 2007, but once again the only named enemy is the CIA, albeit in partnership with Silicon Valley.

Whereas in Ultimatum Bourne took some interest in publicising the CIA’s sins, he is now focused on staying off the grid, and becomes only incidentally involved in the film’s secondary plot, a torn-from-the-headlines affair to do with the Agency’s financing and exploitation of a social media platform, Deep Dream, a clear reference to the activities of the CIA’s actual venture capital arm, In-Q-Tel. Deep Dream holds out the prospect of a still more intensive form of surveillance beyond human control, under the CIA codename ‘Ironhand’ – to be added to Treadstone, Blackbriar and Outcome in the Bourne Terminology – with the twist that its subjects are willing volunteers. (In between the first two films Bourne and Marie were able to go off-grid simply by travelling to Goa; though Bourne begins this one somewhere untraceable in the Balkans, it’s worth wondering whether anywhere is off the grid now.) 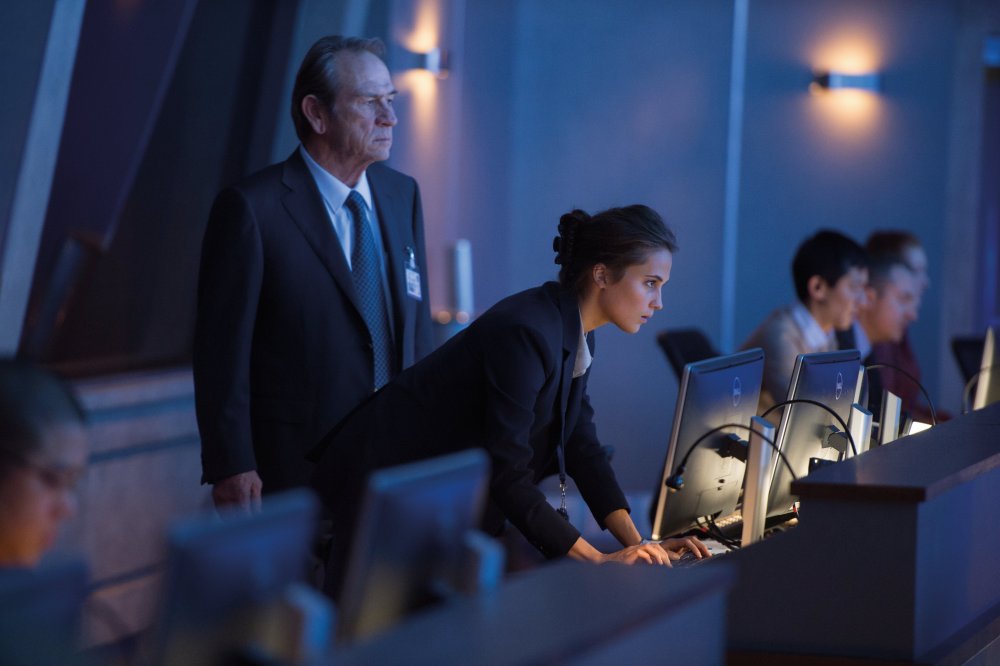 In some respects Jason Bourne presents itself as a transitional film: it ends with Vikander’s character, Heather Lee, making a play for the directorship of the CIA partly on the basis that she, unlike Jones’s character, speaks the same language as the techies, having gone to Stanford with Deep Dream’s CEO Aaron Kalloor (Riz Ahmed), and will be able to keep them on-side in the future. There is nothing terribly wrong with this, but it feels a little dated – a not dissimilar surveillance system was proposed in Eagle Eye (2008), for example – and it shows up Jason Bourne’s wilfully plain script. Kalloor is made a largely functional presence rather than a full character, almost as if the Bourne films daren’t risk being seen indulging in the sort of tech-industry knockabout common elsewhere in popular culture. Similarly Christian Dassault (Vinzenz Kiefer), the Julian Assange type with whom Nicky is involved, barely gets a word in, just about managing the rather on-the-nose statement: “We both want to take down the corrupt institutions that control society.”

By contrast, the Bourne scripts which Gilroy wrote had what Telegraph critic Tim Robey called “an expressive way with monosyllables”, particularly when delivered by Brian Cox (in the first two), Joan Allen (in the second two), David Strathairn (in the third), and Edward Norton (in the fourth). Jones (gruff) and Vikander (bland) are less entertaining, leaving the film without much of a villain other than Vincent Cassell’s largely mute assassin.

Greengrass’s public persona as a serious director of serious projects in between Bourne movies contributes to the impression that snappy dialogue and memorable villains can be done without, since Jason Bourne is using the genre as ‘cover’ for serious issues, ironically reversing the logic of the Syntagma Square sequence. Whereas at the level of plot the political demonstration in the background confounds the pursuers in the foreground, from the other perspective the foreground pursuit serves to facilitate the more important purpose of showing the political demonstration. But we learn nothing of Syntagma Square or of Greece’s troubles simply by being shown a demonstration, and in general the film’s political understanding does not compare well with that of, say, the TV series Homeland. If Heather is right in claiming to her superiors that Bourne is a patriot at heart and can therefore be brought back inside the fold, it would make him the exception within the franchise, which has tended to represent the US as beyond redemption.

However sophisticated the control room may have become, and however virtual the business of spying, Jason Bourne still comes down to two men slugging it out in an alleyway after chasing each other the wrong way down a busy Las Vegas boulevard in indestructible automobiles. Like its predecessors it ends with the shriek of Moby’s ‘Extreme Ways’, as Bourne once again gets one over on his pursuers. And despite everything I’d be lying if I said I didn’t enjoy it.

Related to Film of the week: Jason Bourne