Mumblecore mainstay Lynn Shelton broadens her palette with a warm and winning comedy of step-incest. 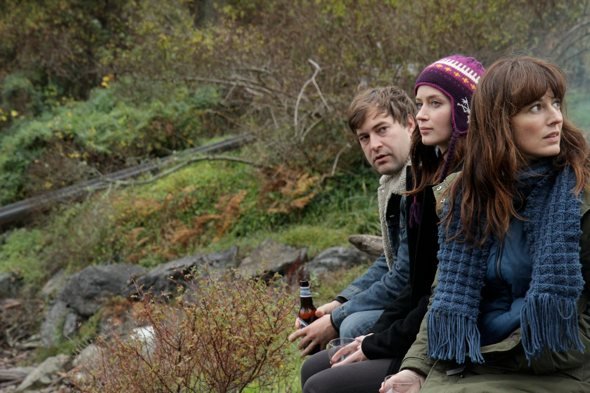 The portrayal of male friendship, in all its spiky, competitive complexity, has been Lynn Shelton’s forte to date. From the friend-breakup of My Effortless Brilliance (2008) to the gay-porno bravado of Humpday (2009), her films have found their comic insights in the compulsive rivalry of best buddies. In Your Sister’s Sister she shifts her amused but searching gaze to the fond, fraught bond between siblings, creating a warmly untidy triangular romance in which Jack, a depressed Seattle slacker, is caught unwittingly in the conflicting desires of half-sisters Iris and Hannah.

Jack is played by Mark Duplass (one of the homoerotically challenged heroes of Humpday) as an engagingly smart-mouthed buffoon, whose brother Tom’s death has set him on a self-destructive course of drinking, unemployment and mouthing-off about Tom’s shortcomings at the one-year memorial gathering. Though this latter scene revels in the H.M. Bateman-style horror of mourners struck mute by Jack’s crassness, it gives us our first whiff of the compassion the film extends to its characters, and of how loss threads through the story alongside laughter. Recuperating at his friend Iris’s holiday cottage, Jack gets drunk on his first night with her sister Hannah, who is reeling from the end of a seven-year lesbian partnership, and they sleep together.

That this 0-60mph mutual consolation looks not only plausible but funny-sad all at once is down to Shelton’s ability to coax performances of beguiling naturalism from her actors. Jack and the equally damaged Hannah (Rosemarie DeWitt) spar and flirt needily, couple hungrily and inelegantly and recoil convincingly from one another by daylight. And when Iris (Emily Blunt) arrives, the threesome’s histories and secret longings (Iris is in love with Jack, Hannah is baby-hungry, Jack is guiltily drawn to Iris, since she was Tom’s lover) seep slowly but effectively through their chatty, teasing exchanges. 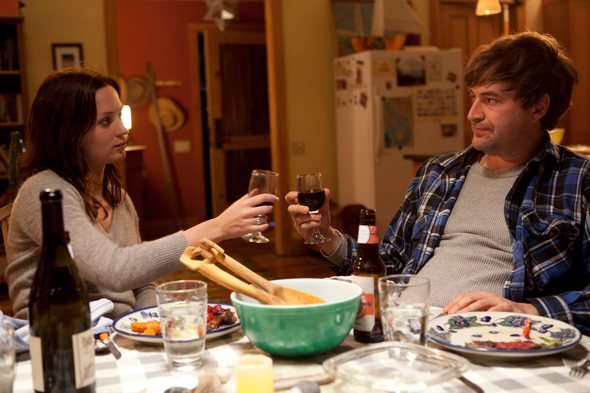 It’s interesting to see Shelton, a mumblecore mainstay, experimenting outside the usual lo-fi, low-budget, non-pro-player mix by working with high-profile actors like Blunt and DeWitt, who bring a nicely nuanced range of emotions to their portrayal of the sisters. It’s their rapport, and Blunt’s easy charm as Iris, that give the movie its loose, affectionate feel. Though the dialogue is mostly improvised, it feels rooted in the relationships as well as pleasingly spontaneous (the actors worked from extensive backstories and a 70-page ‘scriptment’ but have an affinity that belies the film’s 12-day shoot). Only during Jack’s grandstanding final speech pledging himself to love one sister and support the other do your fingers itch for the red pencil.

Like Humpday, Your Sister’s Sister explores transgression thoughtfully (here it’s the quasi-incest of sleeping with a sibling’s lover, and Hannah’s sperm-stealing sex), but in contrast to its predecessor’s one-note tone it delicately weaves in everything from self-pity to the sisterly ties that bind. When the uneasy trio are rocked by revelations, it’s the reconciliation between Iris and Hannah that the film pieces carefully together, rather than the nascent romance with Jack. Unusually for a romance (albeit an unconventional one), it doesn’t privilege boy-girl love over all others. Unlike Humpday, which simply skidded to a halt, it even has an ending of sorts, perhaps too cheekily contrived for some tastes, with a freeze frame pinching the story shut just before the big reveal.

What’s really deliciously different, though, is seeing Shelton ditch her claustrophobic cameraphone aesthetic, setting her characters’ talky, awkward exchanges in wooded Washington State glades and on shimmering shorelines that amplify their conflicted emotions and the desires they seem determined to dodge. The end result, despite the hipster speak and comic vegan-cookery interludes, feels satisfyingly more like a Rohmer-com than a romcom.

Related to Review: Your Sister’s Sister