Film of the month: Faust 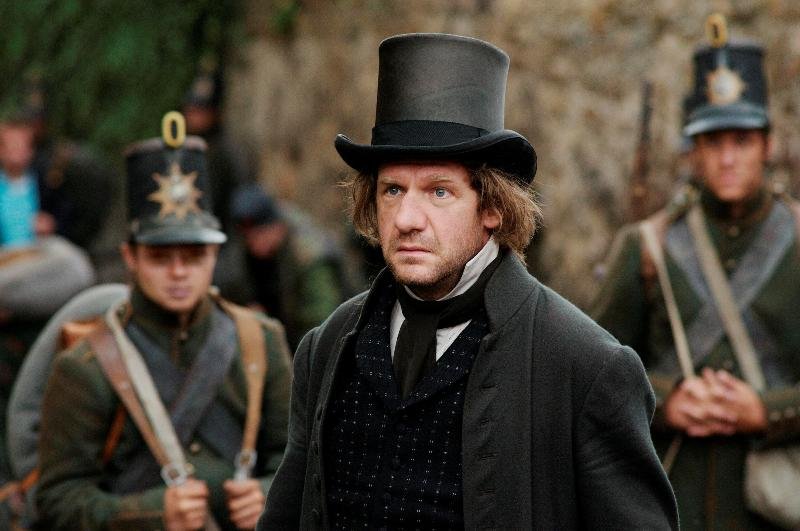 The Faust legend – the story of a man of science who strikes a bargain with Mephistopheles to trade his eternal soul for a range of magical experiences, including sex and flying – first reached print in Germany in 1587, written by an unknown Lutheran. An English translation was published in London five years later; the playwright and spy Christopher Marlowe used it as the basis for his Doctor Faustus, staged in Shoreditch in 1593/4. Two centuries later, Johann Wolfgang von Goethe spent his entire working life preoccupied with the story: he began writing the first part of an epic verse-drama in 1773 (it was finally published in 1808, after numerous revisions) and completed the more metaphysical second part just before his death in 1832. Alexander Sokurov’s version of the story, billed as a free adaptation of Goethe’s play, draws mainly on the characters and incidents of Part One, although its dark ending offers a startling inversion of Part Two’s transcendent finale. Sokurov comes to bury Goethe, not to praise him.

In fact Sokurov has yanked the story out of its original moral context and set it in a highly original context of his own: Faust, he says, culminates his “Tetralogy of Power” – which means that it has unexplained connections with his three features on 20th-century tyrants: Moloch (1999, on Hitler), Taurus (2001, on Lenin) and The Sun (Solntse, 2005, on Hirohito). This has not surprisingly provoked puzzlement since the film’s triumph at last year’s Venice Film Festival. Faust looks and sounds nothing like the three earlier films in the group, and there was nothing obviously Faust-like about Hitler, Lenin or Hirohito. Sokurov’s smiling refusal to clarify his thinking (on display late last year in a Q&A at BFI Southbank) in effect challenges the viewer to solve a conundrum. It seems unlikely that many will muster the energy or will to tackle quizmaster Sokurov’s riddle, but the following represents my best shot at untangling what’s going on here.

The most immediately striking thing about this Faust is that Sokurov has junked the dynamic which powers most versions of the story: the bantering debate between Faust and the Devil. Goethe was happy to recognise these characters and their philosophical duelling as aspects of himself (he said so to Johann Peter Eckermann, as recorded in Conversations with Goethe), and virtually all other artists and commentators have similarly seen the clash between an ascetic melancholy and a worldly cynicism as the core of the story. Sokurov rethinks Faust as a driven and somewhat sadistic materialist, beset with money worries, and Mephistopheles as the apparent answer to his problems: a moneylender.

Some have caught a whiff of Russian reflex anti-Semitism in the refashioning of the Devil as a pawnbroker named Muller, but Sokurov evidently had something more primal in mind. Muller, as played by the performance artist Anton Adasinskiy, is a jovial grotesque straight out of Bosch or Brueghel: he swigs hemlock as a tonic and, as revealed in a bath-house scene, has little male genitalia where his arse should be. Muller withholds money from Faust, but leads him astray in other ways, first goading him into carrying out a meaningless murder and then tempting him with the attractions of the murdered man’s sister, a young woman who frets that she and her mother don’t love each other. There’s no sense that Muller has a strategy to corrupt Faust, or that Faust’s rapid ‘downfall’ is anything but a lads’-night-out diversion from his scientific researches. This Faust signs away the soul he doesn’t believe in for a single night with the colourless Margarete (Isolda Dychauk).

Since neither Faust nor Muller is given any strong motivation, their seeming aimlessness inflects the form and pace of the film, a teeming, grungy panorama of 18th-century German urban life which looks back to the late Middle Ages more than forward to the Enlightenment. There’s no denying that Terry Gilliam got there first in his scatological, rat-swarming medieval frolics, but Gilliam always gives his characters strength and purpose. Sokurov’s mobile camerawork and fast cutting (he’s abetted by Bruno Delbonnel, also the cinematographer of Amélie and Harry Potter and the Half-Blood Prince) keep everything in movement almost all the time, but without clear direction. Backstory, characterisation and plot detail are all sacrificed to the constant stream of incident, with overworked production design and set decoration left to fill in the gaps.

The result is never less than a tough watch. To take one example from hundreds, the first time Faust hits the streets he’s seen evading a mugging, at which point the camera pans rapidly to a big-close-up of a girl releasing a dove. Before anyone has the chance to reflect what the shot might mean (is there a metaphorical implication? a suggestion of poetic equivalence?), the film has rushed on to more random images of street life, now suddenly offset by a snatch of self-questioning voiceover from Faust of a kind not heard elsewhere. Surviving 139 minutes of this barrage of profuse but elusive imagery and sound is something of an ordeal.

All of this is conspicuously unlike the languorous dream-worlds of Moloch, Taurus and The Sun, which hinted at their protagonists’ inner lives through glimpses of their more or less banal domesticities. Here, Sokurov is barely concerned with Faust’s inner life; the actor Johannes Zeiler, who plays him, simply has to move from repression to indulgence, and then on to some undefined but clearly power-hungry future. Perhaps this hollowness of character, underlined by the elisions in the plotting, is the secret key to the film’s connection with the rest of the tetralogy.

Sokurov seems to believe that the will to power can be triggered almost accidentally, even if it springs from some existential inner ‘darkness’. Faust, last seen striking out across Nietzschean wastes in defiance of an offscreen deity, is a man whose latent cruelty (once channelled into mistreatment of his servant Wagner) has been ‘liberated’ by acts of violence – a murder, a stoning and the taking of the woman who has best reason to hate him – so that a harsh landscape becomes new territory for him to conquer, and not a sign of his ruination. This makes him the precise opposite of the father in Pasolini’s Theorem – and of Hirohito; unlike the Japanese emperor, who was born ‘divine’ and had to learn how to be human, Faust is a man who wakes up to the testosterone of his own id. Of course, this represents a desecration of Goethe’s Faust.

So why rethink the Faust legend as the vehicle for this cautionary tale? There are probably two reasons. One is Sokurov’s characteristically hubristic sense of his own talents: having nailed Hitler and Lenin, not to mention the intensities of parent-child relationships and the essence of Shostakovich, he’s ready to press-gang one of Europe’s dominant modern myths into his scheme of things. Oh, those Russians!

The other is that Faust plays squarely to Sokurov’s penchant for studies of maleness: male strengths and weaknesses, male sentiments and rivalries, male sensitivity and violence. The story here starts with a big close-up of a penis and scrotum (they belong to a corpse which Faust is dissecting) and wades through a fragmentary, dispersed narrative in which a man ultimately discovers his inner Ubermensch, trampling on other men and women along the way.

The thought inevitably strikes that Sokurov might see himself as a Faust – until we reflect that Sokurov has less trouble with finance than almost any of his contemporaries, and certainly much less than his revered Tarkovsky once had. Faust was underwritten with $11 million in subsidies from the Mass Media Development and Support Foundation and the Russian Cinema Fund – and there are photos of Sokurov receiving the cash from his friend Vladimir Putin to prove it. It’s a scary thing, the will to power.

Alexander Sokurov discusses his ‘tetralogy of power’ on page 53 of the June issue of Sight & Sound.