Arnaud Desplechin extends and rewinds from his 1996 breakthrough My Sex Life… with a freewheeling flashback portrait of his characters’ coming of age and nascent romance. 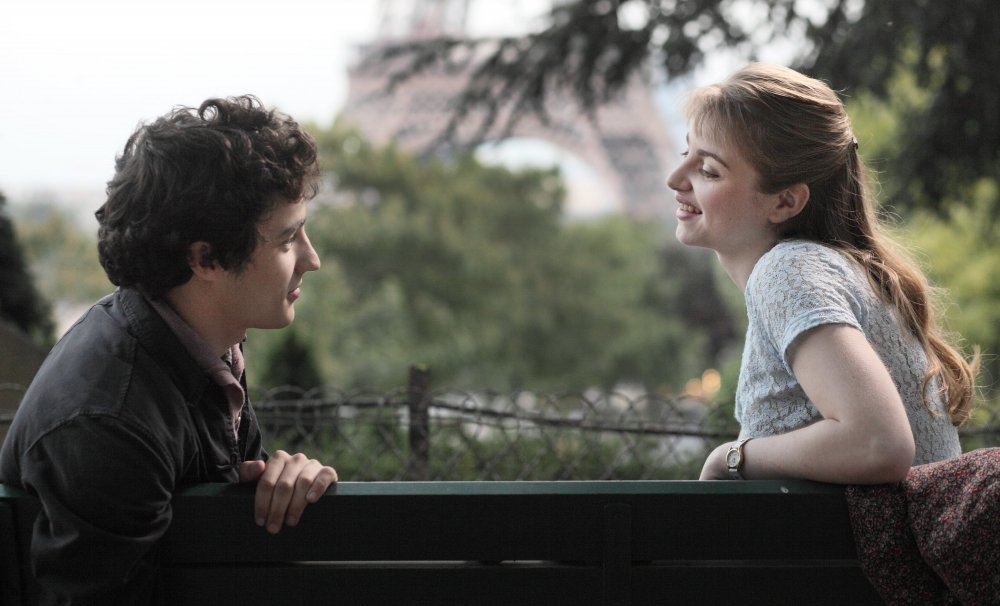 In 1996 director Arnaud Desplechin made his international breakthrough with My Sex Life… or How I Got Into an Argument. A sprawling three-hour relationship drama starring Mathieu Almaric as Paul Dedalus, a wayward past-collegiate intellectual caught between grad school, his longtime girlfriend Esther (Emmanuelle Devos) and a host of mistresses each pulling at the seams of his unraveling personal and professional lives, the now-veteran French filmmaker’s third feature simultaneously expanded upon and solidified his nuanced, literary-minded approach to narrative.

Nineteen years later, following the premiere of the widely dismissed Jimmy P (2013), Desplechin returns to these most indelible of characters with My Golden Days, a prequel of sorts to My Sex Life… featuring Almaric as a middle-aged Paul Dedalus reflecting on his childhood and the youthful adventures which would ultimately bring him and Esther into their inexorable yet crucial romantic partnership.

As the film opens, we find Paul leaving his latest lover and returning to Paris from Tajikistan, where we soon learn he’s worked as a scholar and anthropology consultant for nearly a decade. When he’s stopped at the airport and questioned about the authenticity of his passport, Paul recounts an episode in his high-school life where he was persuaded to lend his identity to a young Russian Jew who then escaped to Australia and lived until recently as his unofficial ‘twin’. This framing device, which initially suggests the film may move into the realm of a traditional thriller (with Resnais regular André Dussolier appearing to relish his small role as the steely-eyed interrogator), instead allows Desplechin to unfold his most blatantly heartwarming narrative to date as Paul begins to reminiscence about his upbringing and his formative years as a student and cosmopolitan teen.

Told in a series of titled chapters, the film’s episodic structure allows for a number of pivotal events in Paul’s life to take shape against the shifting cultural tides of Europe in the 1970s and 80s. After his mother’s suicide at age 11, Paul (played wonderfully in these younger years by Quentin Dolmaire) retreats from the tyrannical grip of his abusive father, finding support in the warm embrace of his friends and two siblings, Delphine (Lily Taeib) and Ivan (Raphael Cohen). Together they make for an colourful clan, their adolescent exploits ringing familiar yet true: parties, petty crime and the kind of peer-pressured stunts which seem rebellious at the time but are rather innocuous in the grand scheme of things. 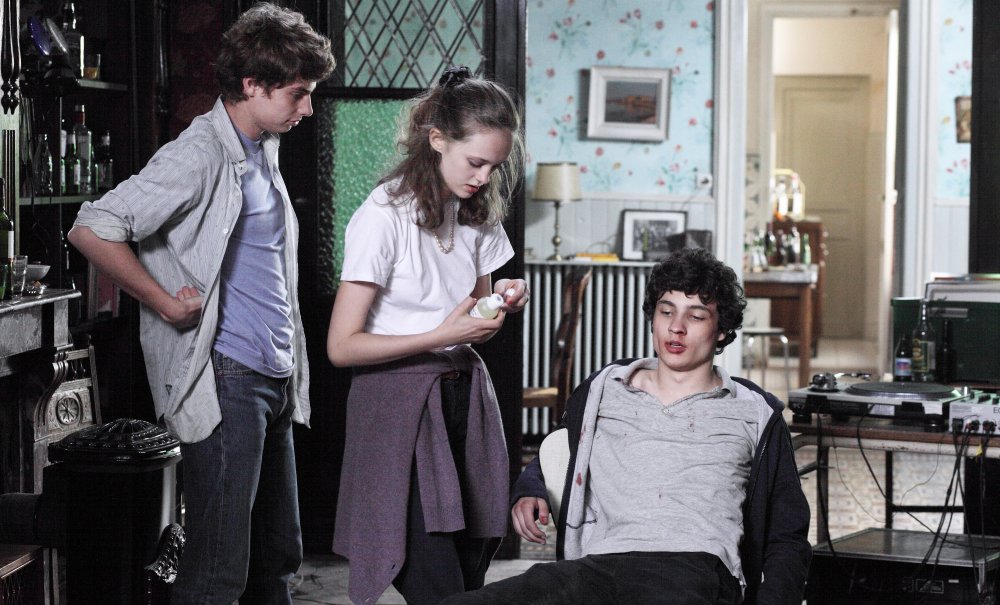 It’s only when, in the film’s third and (by a large margin) longest chapter, Paul meets Delphine’s classmate Esther (Lou Roy-Lecollinet), that his path to sexual and emotional maturity is finally paved – though the journey he undergoes is anything but smooth. In the manner of many adolescent lovers (and in anticipation of how their adult life together will transpire), Paul and Esther embark on series of breakups and reconciliations, with her liberated and exotic demeanour consistently testing his passionate yet hesitantly accepting attitude. Meanwhile, Paul’s academic pursuits take him to him to Paris, where he struggles to keep Esther interested as she welcomes the amorous advances of their mutual friends. “I can see my childhood ending,” Paul forlornly states at one point as images of the crumbling Berlin Wall flash across the television set. At its best, My Golden Days effortlessly captures the liminal state between a halcyon past and an unknown yet tantalising future.

Desplechin’s style here is as brisk and lively as it was in the free-wheeling My Sex Life…, jumping from moment to moment with a joie de vivre reflective of his curious and carefree subjects. In an effort to liven the film’s potentially tired flashback conceit, he implements a number of minor yet effective formal flourishes which lightly enhance he and co-screenwriter Julie Peyr’s nostalgic storytelling framework. A subtle iris effect introduces and punctuates many scenes, for example, while consciously dated split screen sequences memorably feature during the film’s turn into the 80s. 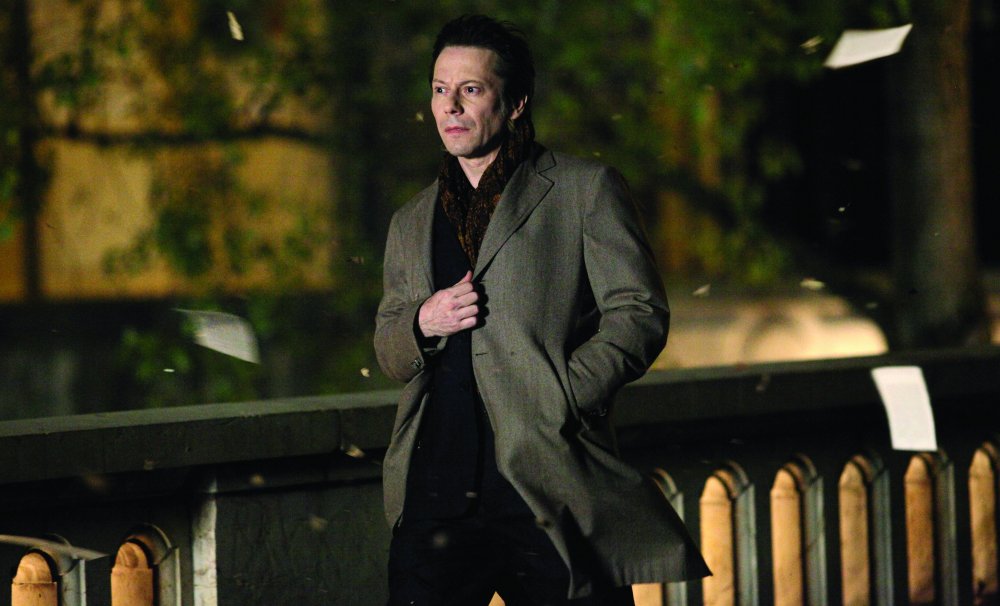 Desplechin’s most dramatic formal technique, however, is the use of direct address, a method utilised on just a couple of brief occasions in My Sex Life… but which is here substantially developed. Rather than relegate the couple’s long-distance letters to voiceover or onscreen text, their correspondence is read face-on to the camera by the actors. Save for one key moment late in the film, these sequences are handled by Roy-Lecollinet, whose soft features and silky intonation make for particularly involving and mellifluous monologues.

And despite a third act focused on Almaric’s lovelorn Paul, it’s ultimately with Esther that the film’s interest lies. Roy-Lecollinet is enchanting in the role, her laissez-faire yet seductive poise providing crucial counterweight to Paul’s affectionate, occasionally unreciprocated pleas. When the film ends on a freeze-frame of Esther, the first-person imperfect of both films’ titles seems to suggest a dual meaning, that of Desplechin’s female protagonist not as simply muse but as parallel subject in this touchingly personal, potentially boundless chronicle.