See 1939 black North Carolinians as they saw themselves – care of H. Lee Waters, the Mitchell and Kenyon of his time and place.

► Chapel Hill (N.C.), 1939 (Reel 2) is one of over one hundred actuality films available to view in the H. Lee Waters Film Collection of Duke University Libraries’ Digital Collections. 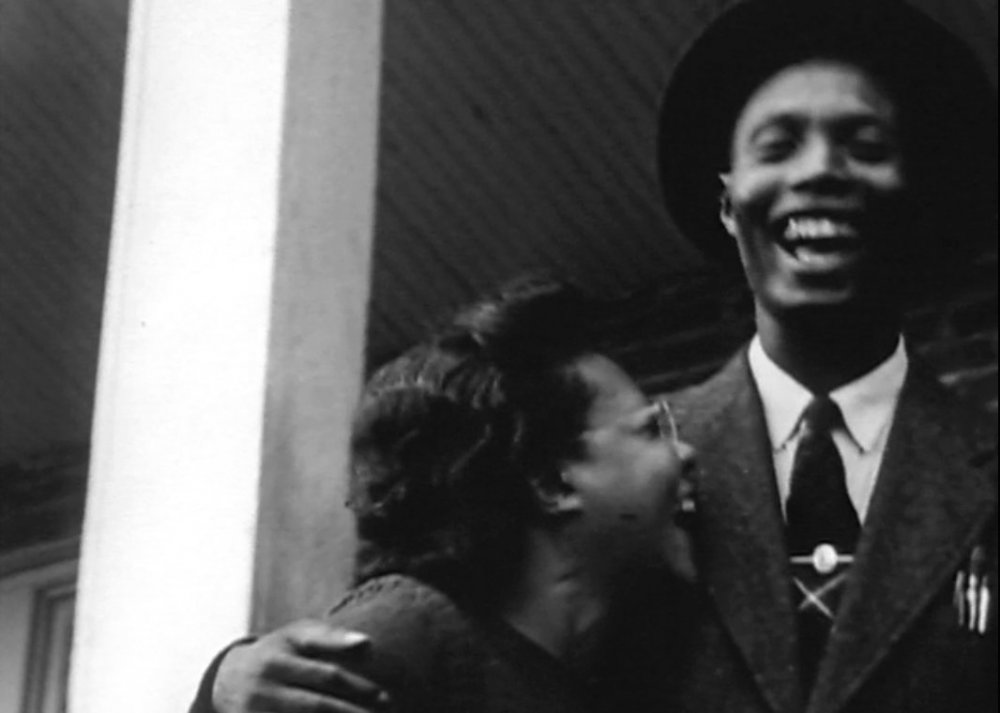 By way of foreword to his 2003 essay film Los Angeles Plays Itself, Thom Andersen proposes: “If we can appreciate documentaries for their dramatic qualities, perhaps we can appreciate fiction films for their documentary revelations.” So what might we find to appreciate in a film that fits neither description, a nonfiction film without narrative or ideological impetus? What contrarieties are there, for instance, in the actuality film: a genre unto itself – not quite newsreel, not quite travelogue? If we were to search for its inverse, what exactly would we be looking for?

Chapel Hill (N.C.), 1939 (Reel 2) is one of over one hundred actuality films available to view in the H. Lee Waters Film Collection of Duke University Libraries’ Digital Collections.

Motion picture pioneers Mitchell and Kenyon stopped making them in 1910. Between them and their competitors and the French progenitors of the form the Lumières, whose Workers Leaving the Lumière Factory played to a paying audience in London in 1896, they had filled the public appetite for ‘topicals’. Factory-gate films had been done to death.

Over in America, however, more than 25 years later, a North Carolinian studio photographer named Herbert Lee Waters began shooting ‘town portraits’ to supplement his income. His shop-business had taken a knock. But the movie industry had weathered the Depression; people were going to the pictures in droves at a dollar or quarter a ticket. Waters could sit in wait for walk-ins or go on the road in search of custom. So he bought a Cine-Kodak Special, and filmed folk in small towns going about their ordinary lives.

He screened the reels to those same folk: a closed-loop cinema. He’d process the footage at his studio in Lexington and, within a fortnight, return to location to project his work at a neighbourhood cinema, eventually towing his own 16mm-friendly equipment: a Bell and Howell Filmo-Arc. Waters negotiated with management for a share of ticket sales and, to maximise his earnings, encouraged local firms to be featured in his films for a fee. He advertised: “Local Films for Local People,” read a banner affixed to his automobile, and identical others strung under marquees. He even shared a slogan with his Edwardian precursors, Mitchell and Kenyon: “See Yourselves as Others See You,” he pledged.

Waters went on this way – back and forth like a worker-bee – for a finite period of six years – until servicemen wishing to be photographed before sent off to war drew him back to the shop full-time. Between 1936 and 1942, he produced over 252 portraits of 118 separate communities. In the process, he crossed and re-crossed four states: North Carolina, South Carolina, Tennessee and Virginia.

Earlier this month at MoMA, Andersen presented Waters’ films of Chapel Hill, N.C. – a pair dating from 1939 and 1941 – in conjunction with his own original short Juke: Passages from the films of Spencer Williams. This 30-minute film – an introduction to the race films of the African-American director, the second only after Oscar Micheaux – was commissioned by MoMA to open its series A Road 300 Years Long: Cinema and the Great Migration.

Juke pulls from six of Williams’ works, piecing together passages of kindred rhythm or subject matter – as empty interiors and scenes of Williams’ all-black casts dancing in juke joints and music halls. Divesting the films of their often noir-ish narrative continuity, Andersen affords a perhaps clearer window onto what life was like in the 40s for the black population of the South – a window Hollywood stolidly, censurably denied to provide at the time. Much as he did with Los Angeles, Andersen re-draws the lines of sight; turns our attention, in this case, to black space, recreation and quotidian doings as alighting a train or a woman’s returning to her rooms to change.

And yet, even for their ‘documentary revelations’, Williams’ dramas cannot compete for perspicuity, for plain-speaking eloquence, with Waters’ portraits of Chapel Hill – the earlier of which is linked to above and the subject of this month’s column.

The film – “Reel 2” as it’s labelled at the website of Duke University Libraries, whose digital collection of Waters’ films comes courtesy of the David M. Rubenstein Rare Book & Manuscript Library – speaks for itself. Enthralling for its historical and anthropological insights, it is also (it hardly needs saying) ineffably beautiful. These Chapel Hill faces fold soundlessly into frame in such quick succession as to be sometimes overpowering, the real-time expressiveness of every individual cresting on the eye, one after another. The story of a community suggests itself, moving like spindrift above the film’s surface. And Waters’ appearing in its midst meets with a mix of reactions: shyness, sportiveness, bemusement, evasion, composure, showmanship, and all integers between. Notice the boy ensorcelled at 2m 05s, his arms wilted at his sides. Others step up to the plate, gregarious, as the dancing girl at 7m 39s, who swings her hips and with a summary widening of her eyes says, “Stick with me.” Waters’ camera educes performance: a soft-shoe at 8m 53s; a backward somersault on a playground swing (4m 14s), the young man checking that Waters caught it before even fully righted on his feet.

Such variety as Waters’ subjects deliver is in contrast to the cameraman’s process, which is formulaic, prescriptive, maybe even automatic. Waters let his workings show. His entrepreneurship – his commercial incentive – is stamped on every film. It’s apparent in his abjuring colour and sound to keep costs down, and in his turning time after time to children, whose parents could be relied upon to pay to see their brood made big as blimps on the movie screen. (Babies, said Waters in interview, is how he started out, before realising most everybody gets a kick of seeing himself swelled to movie-star-size.) It’s evidence of Waters’ never editing his films that at 0m 47s two men consult what appears to be his business card, the furthest left wearing a look of deepest cynicism.

It’s the same gaze that greeted Mitchell and Kenyon in their day, who asked not where to point the camera but where to situate themselves. Meaning, above all, to demonstrate the innovation of the movie camera, they put themselves in the way of movement. And still the drifts of people stalled to gawp at the novel camera, not knowing. Waters’ Chapel Hill film fascinates for finding this exact same behaviour decades later, a vast proportion of Waters’ subjects holding a pose as they would for a photograph. How long it takes to break a habit of being motionless before a lens or otherwise be blurred, unrecognisable. Waters’ films help trace the workingman’s relationship to moving-image technology. So are they littoral? Do they occupy an interstitial space between still photography and film?

Mitchell and Kenyon’s modus operandi now looks no more sophisticated or hard-won than shooting fish in a barrel. Waters, just the same, filmed schools – not of fish, but of children, filing out at end of day. Pooling on the school steps, they pull their coats over their heads for protection against the rain – a make-do solution to which we’ve all had recourse at one time or other.

It’s unfair to imply, of course, that Waters’ itinerant, independent filmmaking had everything to do with revenue, nothing to do with feeling – for people or the form. This same man sat among his audiences – in the Pickfair Theatre in Kernersville, N.C.; the Dixie in Kings Mountain; and The Strand in Mountain City, Tennessee – all listed in the pages of his logbook – and listened for what it was they liked. He adjusted his method accordingly: fewer trick shots, more honesty. We should assume that it was this way Waters learned to fill his films with laughter. There’s nothing quite so gratifying as watching oneself laugh, and real, abandoned, natural laughter we never see in the mirror.

“See Yourselves as Others See You” didn’t mean for the black man what it meant for the white; didn’t function the same as inducement. If ‘Others’ meant Hollywood – he already knew. If “Others” meant Americans – they let it be known what they saw; Jim Crow law was founded on it.

To see themselves as others saw them wasn’t a concept a black community could buy into. To see themselves as they were, as they determined: this was something they’d pay to see. The Chapel Hill chapter of Movies of Local People was that rare ticket. Waters’ film belonged to the black society it recorded. It wasn’t a soigné operation, had none of the nacre of Hollywood product; it was better than that: it was limpid as water.

With thanks to Duke University Libraries and the estate of H. Lee Waters for permission to embed the video file on our page.