Buddies review: the original gay Aids drama is still one of the best 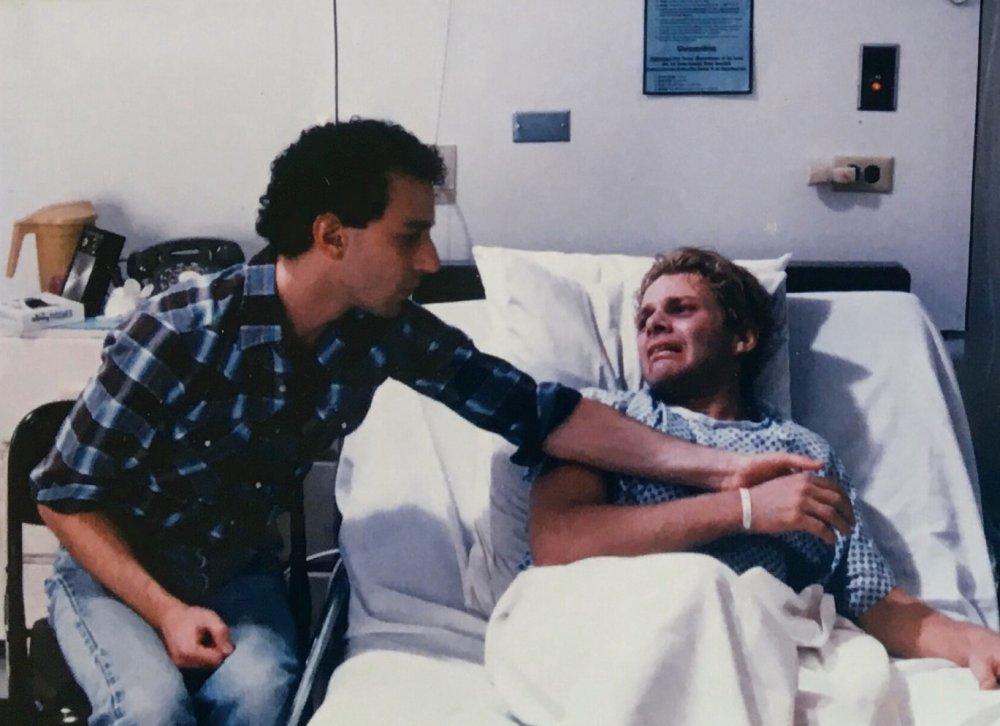 Buddies has a directness and candour that put later films about Aids (which would become a gay movie subgenre over the next decade) to shame, generally eschewing good taste in favour of honesty, despite a solemn, strings-laden score. Robert is a man who talks about sex frequently, shocking the prudish David. When David, a privileged yuppie with a supportive family, criticises a gay parade, he is fiercely rebuked by the marginalised Robert, who sees it as the one day when heteronormative society has to acknowledge the existence of LGBT+ people.

Bressan Jr’s film is full of fury, both explicit and subtle. It takes aim at the Reagan administration’s failure to act on the Aids crisis, and hits its target again and again. Compare this with the glossy Oscar-winning theatrics of Tom Hanks’s opera scene in Philadelphia (1993) and the pugnacious spirit of Buddies seems even more potent. Yes, it’s appalling that young men are dying, but the tragedy must be coupled with a fierce resolve to fight back – a battle cry ignored by so many Aids dramas of the era, which got lost in the excitement of A-list straight actors playing tragic gay victims.

Edholm, who also died from Aids-related illness in 1989, has an arresting scene where he chokes with anger when he reads a homophobic article stating that Aids is God’s punishment on gay men. Yet the most powerful sequence pulsates with an understated rage; a final overhead shot of the White House cuts to a printer churning out an endless list of those who have died from Aids-related illness.

Buddies’ authenticity is its greatest strength. This is a rare film from the era, made by and about gay men, and it movingly evokes the loneliness and isolation of so many with Aids. Robert never leaves his hospital room, where he lies alone, surrounded by messages warning medics to exert caution around Aids patients.

His once rampant sex life has been reduced to masturbating, alone – a situation that appals him. While other characters appear in the film, they are only in scenes with David outside the hospital, heard on the telephone or seen with their back to the camera. This is Robert and David’s story, after all. While the performances are adequate rather than strong – Schachter is ill at ease in the earlier scenes – Bressan’s sharp screenplay, along with an effectiveness in giving a human face to gay men with Aids in an era when homophobia born of panic was rife, makes Buddies an invaluable piece of queer film history.

Related to Buddies review: the original gay Aids drama is still one of the best