The Aeronauts review: this Victorian aviation drama struggles to soar 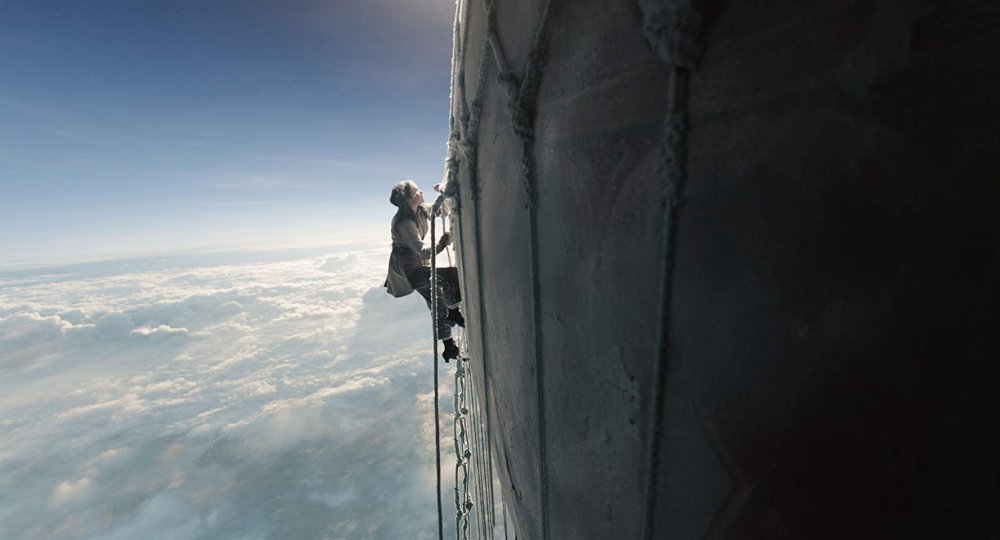 The Aeronauts dramatises a particularly momentous escapade from the annals of early aviation: the pioneering and perilous balloon flight undertaken in 1862 by meteorologist James Glaisher and pilot Henry Coxwell. Except that in the film’s mashing up of events and significant personnel, Coxwell is absent, having been replaced by fictional daredevil show-woman Amelia Wren (Felicity Jones). Leaving aside the oddness of Coxwell’s unceremonious erasure from history, the switch appears largely motivated by the chance to reunite Jones with Eddie Redmayne, her co-star in the 2014 Stephen Hawking biopic The Theory of Everything.

As Glaisher, Redmayne once again inhabits the role of a methodical man of science kicking against the pricks – in this case, a stuffy and blinkered peer group who rubbish his wacky ideas about recording the weather. The fierce, spontaneous Wren, meanwhile – reportedly a composite of trailblazing aeronauts Sophie Blanchard and Margaret Graham – shows Glaisher how to loosen up and embrace wonder in a not dissimilar way to Jones’s Jane Hawking.

The foregrounding of Wren’s character offers a through line for director Tom Harper from his 2018 film Wild Rose, whose eponymous antihero risked it all to transcend her shackling environment and find her artistic calling. Harper and regular writing collaborator Jack Thorne introduce Wren at the balloon’s launch, as she, along with an intrepid terrier, flamboyantly works the crowd, the aghast Glaisher looking on with worry.

Their clash of personalities and approaches makes for familiar enough conflict once up in the air, as mercurial intuition squares up to dry logic. As Glaisher fusses over his precious array of instruments, the fearless Wren performs acrobatics on the vessel’s rigging. The pair’s mission is to reach hitherto uncharted heights in the atmosphere, a risky endeavour that’s lent additional tension when we eventually learn of the way in which the widowed Wren lost her husband. The effects-heavy two-hander that ensues – complete with a lead who looks to the empty cosmos as a balm for grief – feels like a rickety Victorian retread of Alfonso Cuarón’s Gravity (2013). But unlike that sustained marvel, The Aeronauts labours to retain momentum and its character beats feel pedestrian.

Partly this is down to an awkward structure, which insists on cramming in flashbacks just as the airborne sequences are getting interesting. We witness Glaisher’s collegiate frustrations and family relationships, and his pursuit of the bereft Wren, who has vowed never to fly again. Yet there’s plenty that feels surplus to requirements, despite the welcome appearance of actors such as Tom Courtenay, Anne Reid and Rebecca Front. Compensation can be found in cinematographer George Steel’s textured wide shots of the skies above London, echoing the work of painters Henri Rousseau and E.W. Cocks.

As vertiginous spectacle, the film can be vivid and arresting, though not every CGI-assisted elemental tribulation convinces. Some of the best moments are the simplest: a swarm of butterflies circling the balloon, or the eerie tinkling of church bells from far below. You wish the film had more time for effective grace notes such as these, and a bit less for the humdrum business that characterises the scenes on terra firma. As it is, The Aeronauts makes rather heavy weather of its intended uplift.

Related to The Aeronauts review: this Victorian aviation drama struggles to soar