A young woman with cerebral palsy defies expectations by writing adult comics in this open-minded, sympathetic and occasionally outlandish debut film by Hikari. 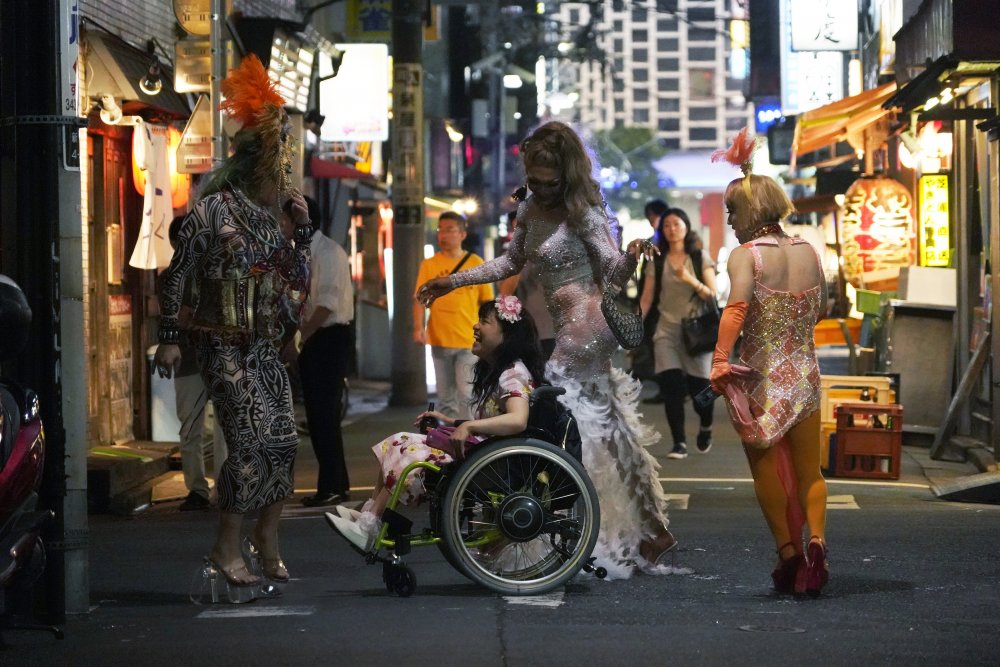 Mei Kayama (in wheelchair) as Yuma Takada with Ciccone, Sugar・Lu and Bouillabaisse in 37 Seconds

The debut feature from Japanese writer-director Hikari, 37 Seconds follows the increasingly wild odyssey of Yuma (Mei Kayama), a young woman with cerebral palsy who lives with her mother in a small suburban area of Tokyo. Caring for Yuma is second nature to her mother, who is seen early on holding a volume of Shakespeare with one hand and cutting her daughter’s food with the other. From the very beginning, the film is very matter of fact about how it depicts every aspect of Yuma’s care. But it’s also clear that her treatment of Yuma is unhealthy: she patronises her and treats her like a child, and not as a grown woman with agency of her own.

The one thing her mother will let Yuma do on her own is draw – but her main outlet for this is also restrictive. Working as an illustrator and writer for a manga comic with her longtime friend Sayaka, an internet personality who acts as the face of the duo, Yuma is routinely denied credit for her work. After so much time bouncing between being controlled by both her mother and by Sayaka, Yuma decides to strike out on her own – and as her style is seen as “too similar to Sayaka’s”, she’s forced to turn to try her hand at creating hentai.

While it makes for a great hook, Yuma getting into adult comics is just the first falling domino of the film that cascades into a number of new experiences for her, as well as new relationships and revelations about her family. But that’s not to say that this section of the film isn’t important – an early highlight comes in the form of an interlude showing us the proof of concept for Yuma’s hentai comic Hanna in the Lusts of Time, the panels of illustration taking over the screen as Yuma narrates her story of an alien princess who seeks to “copulate with earth’s finest specimens”  – a showcase for her imagination and talent as well as her growing sexual desires. The film is probably at its funniest at this point as it tackles porn’s capacity for absurdity, but always takes Yuma and her desires seriously, looking at adult content and shops as a legitimate tool for her to explore her sexuality.

The film continues to take some unexpected turns, and while it perhaps gets a little carried away with its strangest twist, the genuineness of that arc and the honest performances of all involved help to land its more outlandish moments. Mei is a calm but emotive presence throughout, letting her frustration and wants simmer under the surface.

It’s this blend of sincerity and absurd humour that gives 37 Seconds its power. The narrative becomes somewhat unwieldy in its latter stages, but remains sweet and imaginative in equal measure. With the exception of a certain animated interlude, Hikari’s filmmaking is subtle and pared back in its unflinching portrayal of the everyday biases, large and small, of able-bodied people against people with disabilities, and how these biases can make someone feel Othered.