Kieron Corless talks to the second-time filmmaker about his close-to-home, collaborative working methods. 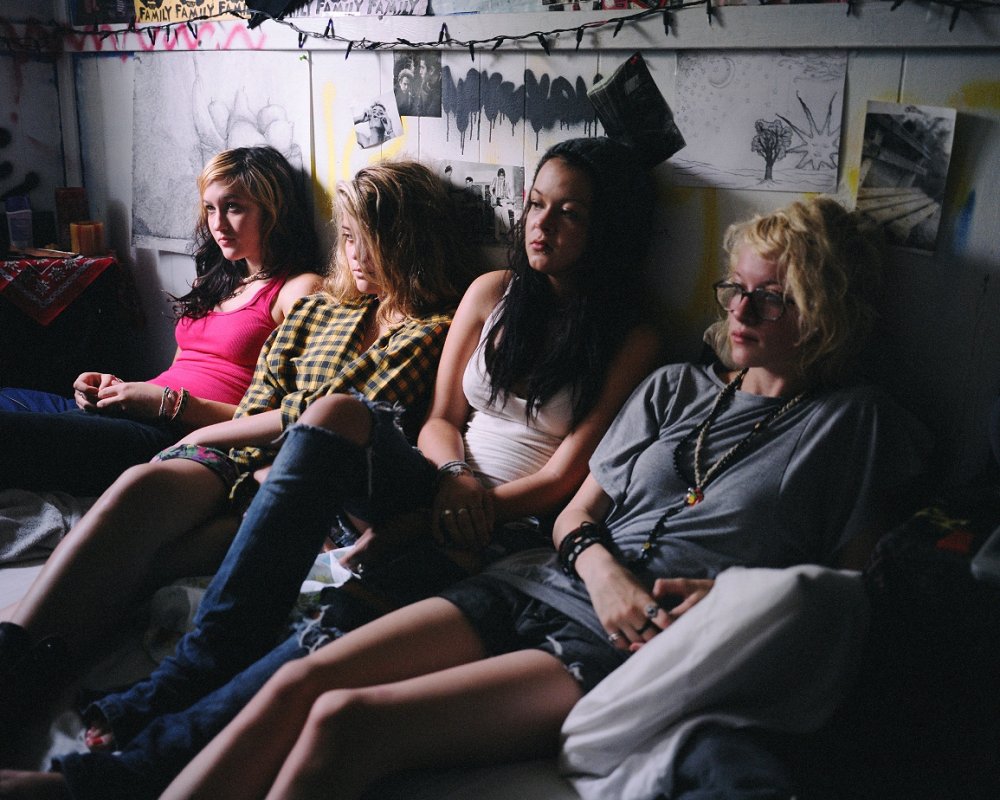 Matthew Porterfield’s Putty Hill was one of the most galvanising, piercing cinema experiences on last year’s festival circuit, a film incarnating all the hard-earned virtues but none of the formulaic, ingratiating vices of US indie filmmaking à la Sundance Lab. Like Porterfield’s debut Hamilton (2006), Putty Hill is set in the suburban fringes of Porterfield’s hometown of Baltimore, and portrays its working-class denizens unsentimentally and honestly, helped in no small measure by casting non-professionals from the locale.

The story has a group of family and friends assemble for the funeral of a teenager, Cory, who has died of a drugs overdose. Treading gently and respectfully, Porterfield gradually attunes us to his characters’ rhythms and pain, partly through interviews conducted by an unseen off-screen presence, in a nimble, innovative melding of fiction and documentary that feels just right for this material. The film was shot on digital HD in a mere 12 days for just $80,000, but the formal rigour, intelligence and imaginative openness to its characters’ lives and worlds easily transcend its limited means.

Putty Hill has finally surfaced in London for an extended run at the ICA. We should be grateful for small mercies, but still it’s maddening that no British distributor has seen fit to take a punt on a nationwide release.

How similar is your own background to the characters you portray?

I grew up in the neighbourhood that’s portrayed in Putty Hill, and also in my first feature Hamilton – north-east Baltimore. It’s a working-class neighbourhood right on the city lines – within the city but with a kind of old-suburban feel. It’s fairly diverse in terms of age and race. The milieu of the films is literally close to home; I still live in the house I grew up in. I guess it’s always been a priority for me to tell stories about the place I’m from, but I also had tools that a lot of people in my community don’t have. A lot of my friends in the neighbourhood didn’t go on to get degrees or study film like I did, so I come from a privileged position in the community. 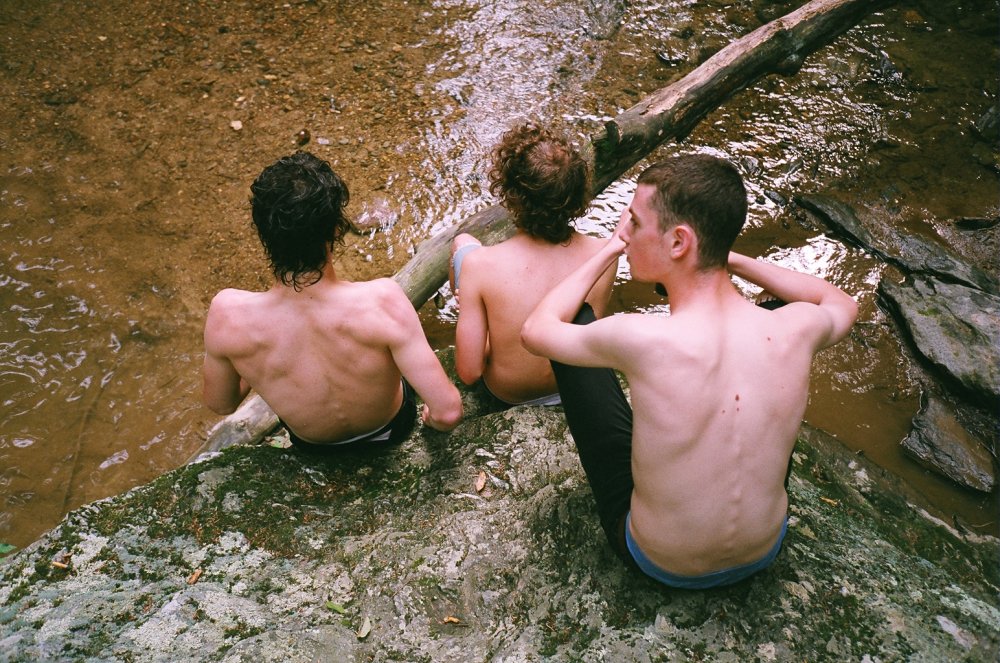 I’ve heard Putty Hill evolved out of another project, Metal Gods. How did one morph into the other?

Metal Gods was a fully scripted feature that I hoped to shoot in the summer of 2009. I’d been working on it for a number of years. It was more epic in scope than Hamilton or Putty Hill, dealing with big universal themes: coming of age, first love… those kinds of things. An adolescent film set in the working-class neighbourhood of Baltimore.

We weren’t able to find the money we needed to make it, but I’d begun casting, choosing locations and all that. I’d met a lot of really great people who I wanted to see on screen, and when it became clear we didn’t have the resources to shoot Metal Gods, we decided to try something different – to put together the elements we did have, mainly the cast and a number of places we wanted to shoot, and see what came about. It was really highly collaborative and far more improvisational.

So did you have an actual script and dialogue for Putty Hill?

No, just a five-page treatment, a scenario. We had 15 precise locations and a cast assembled, I knew who I wanted to interview and how to transition the interviews back into the narrative. But none of the dialogue or interviews were scripted or rehearsed.

You’re working by and large with non-professionals. Did they contribute lines themselves?

Yes. In a way the interviews were conversations we were already having so I was able to ask questions that I often knew the answers to, at least if they were based on some factual elements of the actors’ lives. For the fictional details surrounding Cory’s death, I gave everybody a little biography of Cory. And we spoke in depth about each character’s relationships to him and one another. Then when we were working out the more fictive scenes we’d focus on the blocking and the action and begin to talk about what might be said. And usually I’d give the actors some prompts or just ask them what they might talk about in the scene, and they always had the best ideas. 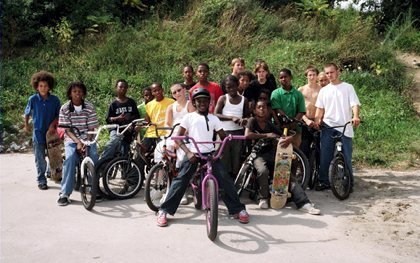 The film feels very authentic in terms of its speech rhythms and the way people relate to each other.

That was a priority for me, as I’d had some success in my first film working with non-professionals and I wanted to do it again. But I knew because of our limitations going into Putty Hill that I wouldn’t have the time or energy to write a new screenplay, or expect a cast to memorise lines and deliver them with authenticity. I was firstly interested in them as people speaking in their own voices, and then building a scenario around them. It just made sense to enable them to share their stories.

Do you see yourself having made a big leap from the first to second film?

Definitely. I recently re-watched Hamilton for the first time in years. We’d cleaned the 16mm prints and I projected it. I’m fond of the film but I think it is what it is. It’s a more limited or monochromatic emotional palette; I feel Putty Hill touches upon a lot more things, is more open and ultimately a lot more interesting. I don’t understand why people say they prefer Hamilton.

A big difference between the films is that in Putty Hill you’re overtly exploring the line between fiction and reality. Is it important for you as a filmmaker to acknowledge that line?

I’m interested in approaching a kind of realism. It seems to me that all these different modes or traditions of working – ways of approaching cinematic truth, if you will – should be fair game and be free to use. The filmmakers who interest me the most and films that inspire me the most are those that do the same thing. The critic Robert Koehler talks about that “cinema of in-betweenness”, and that’s exactly it. I like trying to figure out ways to insert heightened realism into the fictional world of a film. My priority is to try and explore the language of film and the tools that we have at our disposal. It’s kind of rudimentary: in some ways Putty Hill is a really basic, almost crude film, and I think that’s to its benefit.

It’s very much about the relationship between the filmmaker and the people in the film.

You’re right, and it’s important especially when you’re trying to portray a real community of real people. I think it’s important to call into question the relationship between the filmmaker and the subject, to acknowledge the bond or distance. 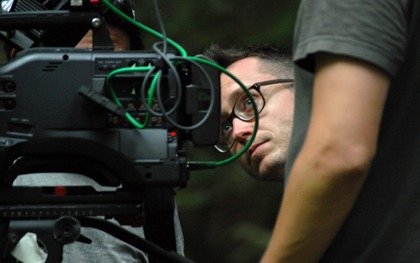 I think we share some formal aesthetic priorities: we both favour allowing a scene to unfold in duration with a fixed camera, wide masters, that kind of thing. In Vanda’s Room is beautiful and inspiring because of its form and content but also because of the way it was made, its mode of production. It’s a very brave, intimate film: the cast are not actors but are performing, at some level, versions of themselves, and there’s the persistence and dedication of Costa, shooting alone, or with just one friend, over such a long period of time. He allowed himself to take liberties and enhance the reality through fictive means – for example layering and sourcing the sound from places which don’t have a diegetic relation to what we see on screen. I appreciate his aestheticism, too, and the economy with which he works. It’s a great film.

Place is important in his work and yours. Do you ever envisage making a film outside of Baltimore?

I’m definitely open to shooting elsewhere. I think there’d probably be something really invigorating about working outside my zone of comfort, my familiarity.