A key experimental filmmaker whose improvised, experimental style had a lasting impact on critical theory and definitions of voyeurism in cinema; January 15 1939–June 28 2012. 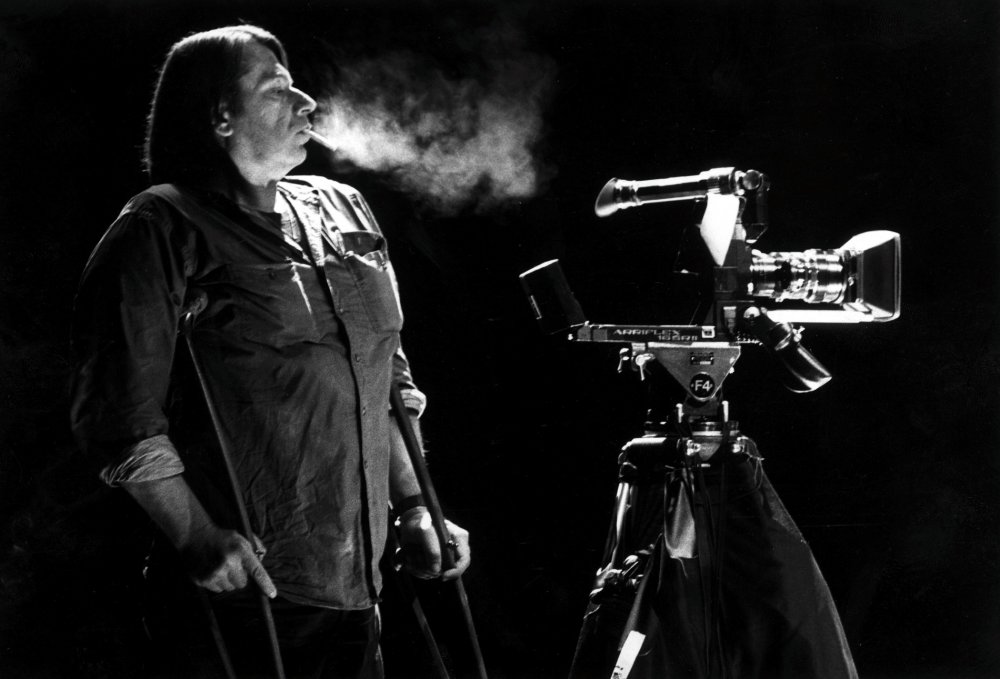 In the early 1970s I was in the process of developing the ideas that would eventually emerge as the article ‘Visual Pleasure and Narrative Cinema’ when I first came across Stephen Dwoskin’s films. After a decade of complete absorption in Hollywood, I had just recently begun not only to see its cinema with the critical eyes of feminism and psychoanalysis but also to be interested in the avant garde. Steve’s films opened a completely new perspective for me on cinematic voyeurism and I wanted to incorporate them, particularly Trixi (1969), into the article.

Trixi records the way that Steve and his camera react to a young woman who appears naked in front of them – and the way that she, in turn, reacts to them. I was struck by the fact that this overtly ‘voyeuristic’ film fractured the concept while still exploring its centrality to the cinematic opposition between the male as ‘bearer of the look’ and the female as its exhibitionist object.

This shift is realised through the transformation of space. Trixi herself commands the space and the time and the rhythm of performance; as she moves about in front of the camera, she seems to become a figuration of mobility itself, in contrast to the camera’s enforced stasis, immobilised by Steve’s own immobilisation (Dwoskin was a wheelchair-user as a result of childhood polio). This complicates the power relation between camera and spectacle; gradually the actuality of the space is eclipsed through the movement of the zoom, and as Trixi moves closer to Steve and the camera, its clarity and focus become blurred.

Above all, the inclusion of the camera as a player in the drama suggested to me that there was another form of eroticised look, beyond the ones I had considered until then. I recently read an extract from Steve’s autobiography that gives a moving, illuminating account of the making of the film Trixi and his relationship with Trixi herself (published in Trafic no. 81, spring 2012). Steve describes the film as key to the development of his style, and its distillation of spontaneity, improvisation and intimacy on both sides of the camera.

The first draft of ‘Visual Pleasure and Narrative Cinema’ included a section on Steve’s early films, and I’ve always wanted to try to reconstruct the argument, which I only approximate here. As the article developed into a highly structured feminist manifesto about Hollywood and psychoanalytic theory, I regretfully left out the ‘Dwoskin section’ – partly for the sake of symmetry, partly because there’s no room for modification or nuance in a polemic. In a certain sense, my argument was soon overtaken by the late Paul Willemen’s much more developed analysis in his essay ‘Voyeurism, the Look and Dwoskin’ (Afterimage, 1976, no. 6), in which he outlined his concept of the fourth look.

I met Steve a few years later, probably in the autumn of 1974 at the first meeting of the Independent Film Makers’ Association, which had been organised by Marc Karlin and Simon Hartog and was held in Marc’s office at the Berwick Street Collective. Steve and I realised that we were neighbours, living almost opposite each other on Ladbroke Grove. From then on we became close friends, and I often used to drop by after he’d had his 6pm supper (an American habit, he said, that he could never give up) for his evening whisky and Gauloises.

I valued Steve’s friendship enormously and it’s hard to summon up his wit and generosity, and their contribution to his pleasure in conversation. In the later 1970s we were each making a film at the same time: Peter Wollen and I were making Riddles of the Sphinx, Steve was making Central Bazaar. Steve wanted to use our bathroom for a scene for Central Bazaar (that was left out of the final film) and suggested that we use his upstairs filming room as the set for the ‘mirror scene’ in Riddles.

This 360-degree pan was the most complex and demanding shot of the film; we dressed the room with mirrors of all kinds, carefully eliminating all reflections of the camera until the moment when it comes clearly into view with the cinematographer, Diane Tammes, filming and turning the mobile head on which the camera is mounted. The shot begins and ends with the heavy red curtains, familiar from so many of Steve’s films – and always reminding me of him when I see them in ours.