Miguel Ferrer obituary: an authority figure with a comic-book edge

From Robocop and Twin Peak onwards, the son of a Hollywood power couple brought delicious wit to his hardball law-and-order characters.

Miguel Ferrer as Bob Morton, through the point of view of his titular creation in Robocop (1987)

Of all the late Twin Peaks actors memorialised in last year’s The Return – Catherine Coulson, Warren Frost, Brent Briscoe, Marv Rosand, Harry Dean Stanton – the one I’d want in my band is Miguel Ferrer. He of Twin Peaks’ irascible FBI Agent Albert Rosenfield, you may ask? Snot-nosed corporate punk Bob Morton in RoboCop (1987)? Indeed, and if he was good enough to drum for both Bing Crosby and Keith Moon then he’d have been too good for me.

Ferrer seems to have kept up a musical life after his acting career took off – he sang with T. Bone Burnett, and played multiple instruments on five albums with his friends in The Jenerators – but in his twenties he was a full-time drummer, touring with, and sometimes conducting, Crosby and the latter’s White Christmas co-star Rosemary Clooney, Ferrer’s mother. (“There was not a night I didn’t want to pinch myself,” Ferrer told the Cincinnati Enquirer in 2002.) 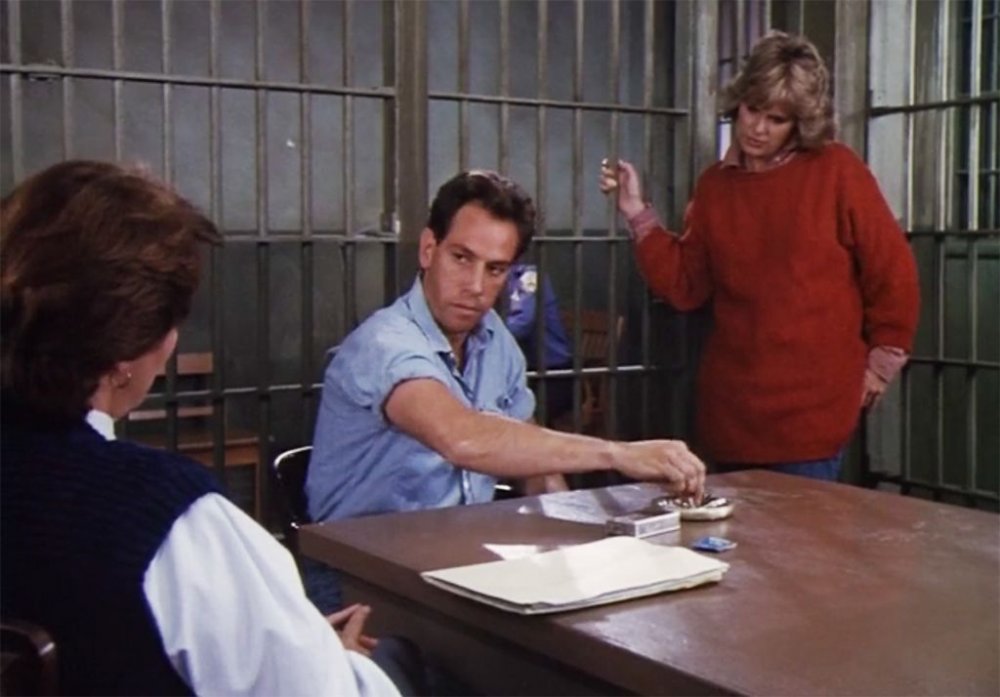 Ferrer as Nunzio in Choices, a 1984 episode of Cagney & Lacey

Born in Santa Monica – where he also died, aged 61, of throat cancer – he was showbiz royalty, cousin of George Clooney and the first of five children born to the twice-married Rosemary and Puerto Rican-born actor José Ferrer, though they seem to have shielded him from the celebrity of the family’s friends (“I just knew they were older and boring and always drunk and smoking a lot of cigarettes,” he told the Hallmark Channel.)

Ferrer switched to his father’s trade in the 1980s: his first gig was as José’s young self in ‘Lest We Forget’, a 1981 episode of Magnum, P.I.. He played small-screen bit parts in CHiPS, Cagney & Lacey, Hill Street Blues and Miami Vice, as well as a first officer aboard the USS Excelsior in Star Trek III: The Search for Spock (1984), before his breakthrough with Robocop, bringing satirical wit to his Reagan-spirit role as the rapacious upstart executive leading the RoboCop project (“He’s old, we’re young – and that’s life”).

He was even more outrageously abrasive as Albert, the cosmopolitan wind-up artist brought to the “forgotten sinkhole” of Twin Peaks, in which his quarter-century journey from sharp-tongued Hawksian cynic (“I’ve got compassion running out of my nose, pal. I’m the sultan of sentiment”) to deadpan hangdog straight man besides David Lynch’s Tati-esque FBI director Gordon Cole is one of the most wondrous of the series’ many markers of time passed and rivers run. 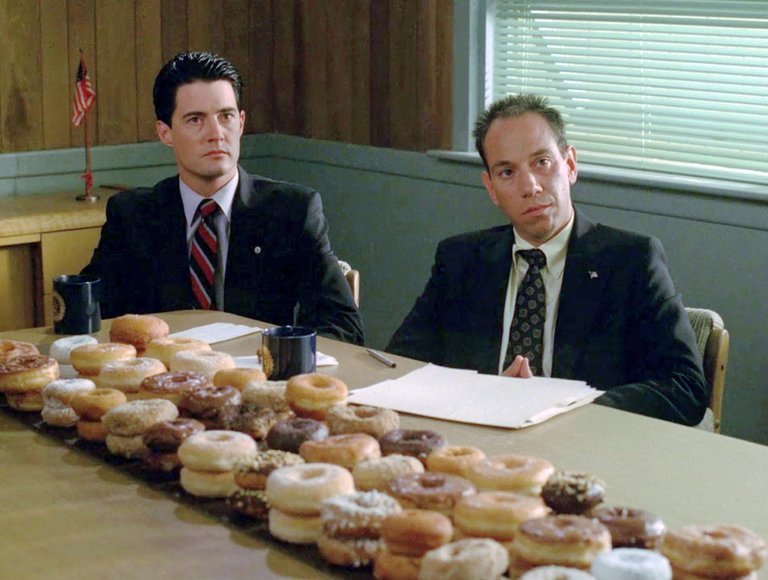 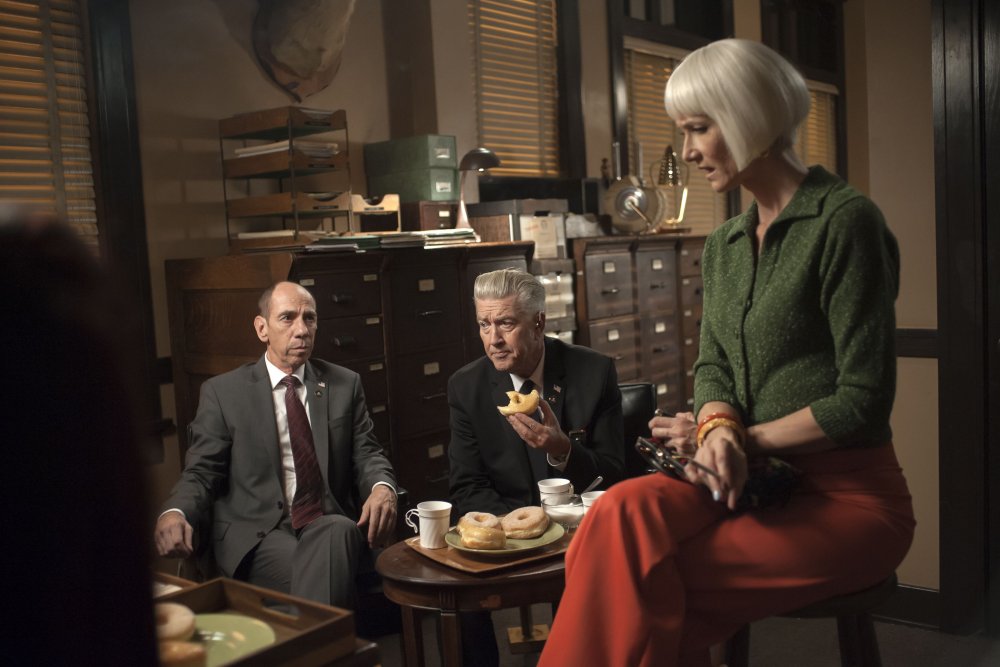 With David Lynch and Laura Dern in Twin Peaks: The Return (2017)

There were many other suits and authority figures across the intervening years, particularly on TV: district attorney Todd Spurrier in Shannon’s Deal (1989-91); Louisiana cop Beau Jack Bowman, one of seven on psychiatric leave, in Broken Badge (1990-91); Zoblotnik Broadcasting Corporation President Bud Budwaller in Lynch and Mark Frost’s short-lived On the Air (1992); chief medical examiner Dr Garret Macy in Crossing Jordan (2001-07); Los Angeles police lieutenant Felix Valdez in The Protector (2011); and Naval Criminal Investigative Service assistant director Owen Granger in six series of NCIS: Los Angeles (2012-17), until his death. On the big screen he was Commander Arvid Harbinger in Hot Shots! Part Deux (1993), Colonel Garret in Jonathan Demme’s remake of The Manchurian Candidate (2004) and Big Boss in Rio 2 (2014). He also worked for Steven Soderbergh, as drug informant Eduardo Ruiz in Traffic (2000), and twice for John Sayles, in Sunshine State (2002) and Silver City (2004). 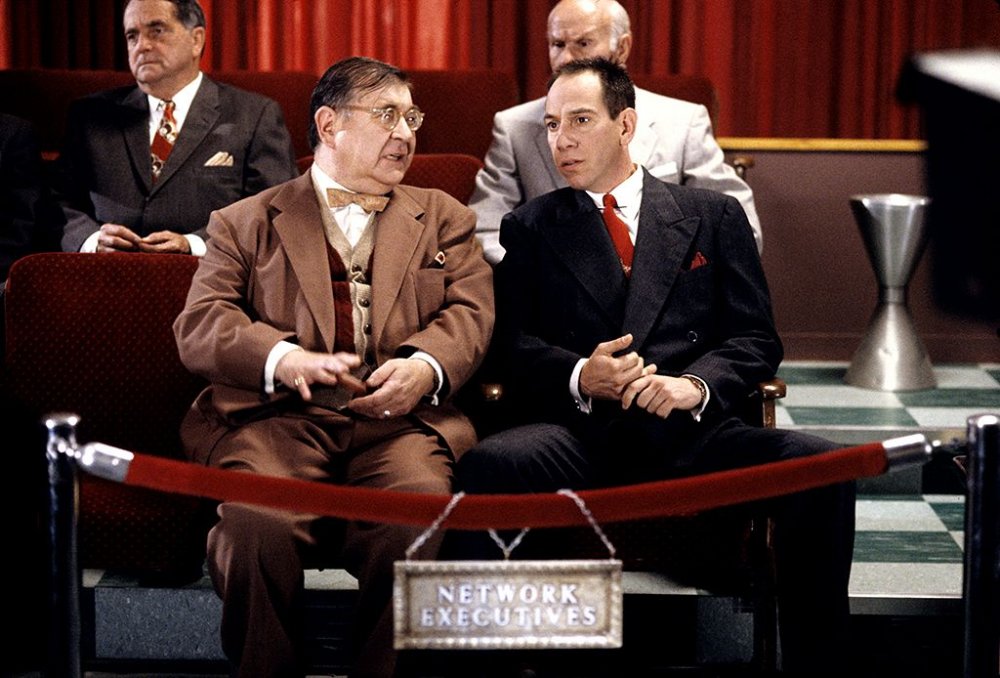 He could do straight or sinister, but his snarls and barks were also meat for a litany of comic-book and sci-fi adaptations, happily for a long-term fan of the form. He created the character of Comet Man with his friend Bill Mumy in 1987; another friend, comics writer Peter David, tipped his hat with the name of the first Latino Spider-Man, Irish-Mexican Miguel O’Hara in the comic-book Spider-man 2099 (1992). Ferrer also variously played or voiced the Weather Man, Aquaman, De’cine, Weather Wizard, Lupo Clone, Tarakudo/Shadowkhan King, Sinestro, J’onn J’onzz/Martian Manhunter, Silvermane, Magister Hulka, Vandal Savage, Bibbo Bibbowski, Stretch Monster and Deathstroke.

His voice acting work took off in 1998 with Mulan, in which he played the Hun chieftain Shan Yu; he was nominated for a spoken-word album Emmy for his 1999 recording of The Lion King II: Simba’s Pride Read-Along and also recorded for Noah (2012), Beverly Hills Chihuahua 2 (2011) and 3 (2012), and as Heretic leader Sesa ’Refumee in 2004’s computer game Halo 2. Alongside his role in Robocop, he was also Basher Tarr in Robot Chicken (2006), Jonas Bledsoe in Bionic Woman (2007), and Vice President Rodriguez in Iron Man Three (2013).

Related to Miguel Ferrer obituary: an authority figure with a comic-book edge