A personal tribute to a documentary legend and hero – the direct-cinema pioneer whose heart, like his camera, was always in the right place. 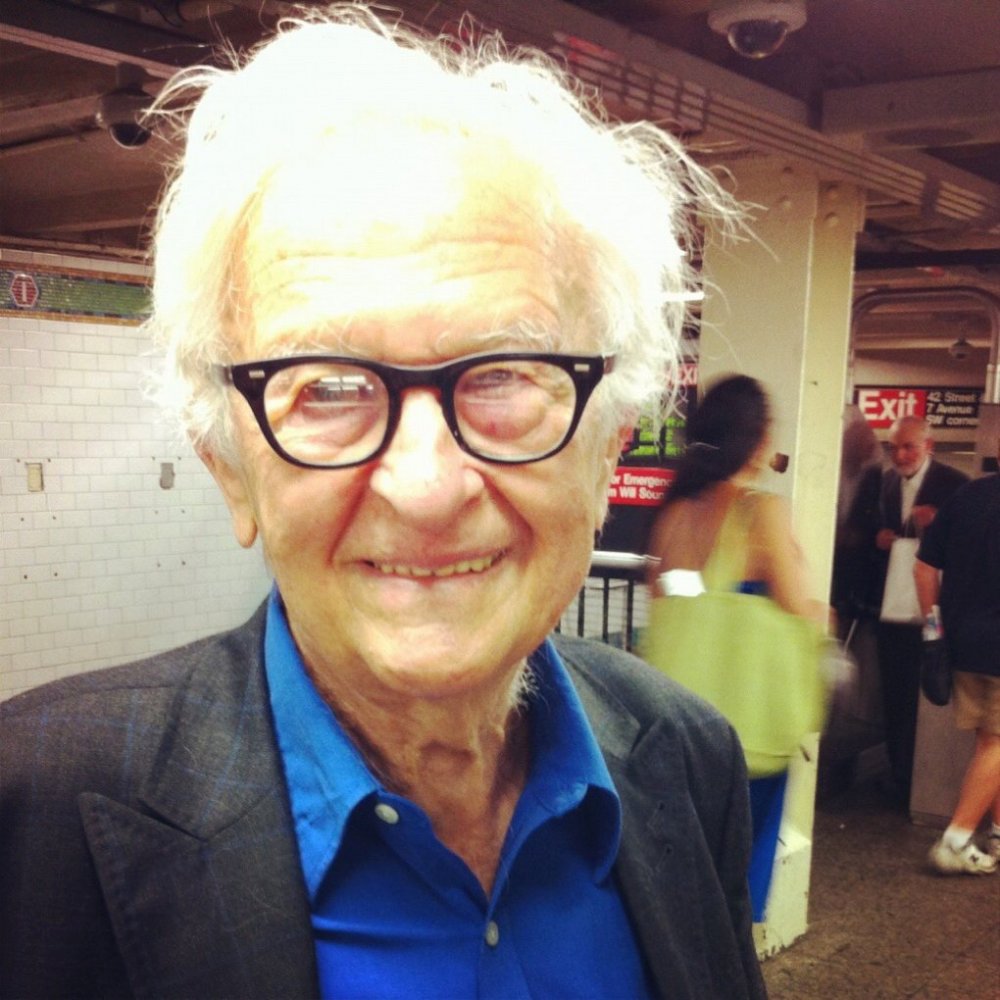 Al Maysles died this past Thursday night just as a group of documentary pals, many of whom loved or were enormously influenced by him, partied at my house. He went peacefully, surrounded by friends and family. He was 88 years old and just over a month away from premiering his new film In Transit, a movie about trains that he’d struggled for many years to get made, not because of his age, but because he was fighting for his vision.

A thousand miles away, we celebrated the start of the 2015 True/False Film Fest in my new hometown of Columbia, MO, a festival that wouldn’t exist without Al’s work. Many of us were aware he was terminally sick, but no one expected him to go so soon. We had a lovely night of drinking, arguing about movies and flirting, unaware that a true hero and great friend was leaving us. He would have been flirting the hardest. 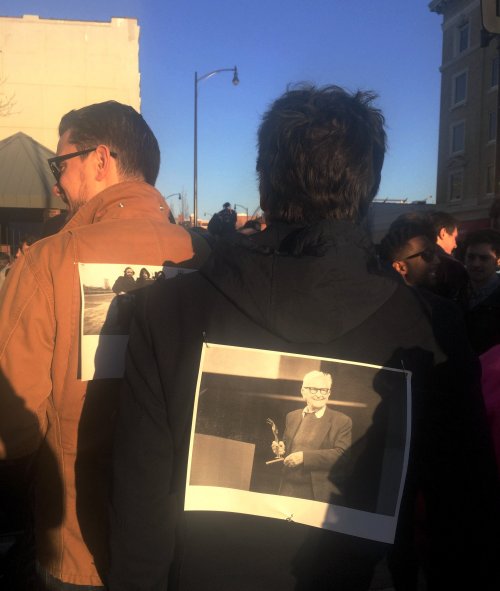 Within minutes of hearing the news, documentary filmmaker Marshall Curry posted a picture of his young daughter with Al. Filmmaker AJ Schnack changed his Facebook profile picture to a snap of him and Al taking shots at a party. The writer Elon Green tweeted a picture of Al at his wedding. I posted the picture at the top of this page, of the time I ran into Al in the subway and we talked about the end of the world. The internet was filled with words of his kindness and generosity.

AJ had a lovely idea and we danced in the annual True/False street parade with pictures of Al pinned to our shirts. When I saw Amanda Wilder, who had interned with Al and was heavily influenced by him to make her film Approaching the Elephant in the observational, deeply humanistic style that was his signature, she burst into tears. We hugged as the parade started to dissipate around us.

Al was a friend and mentor to us all in the documentary world. Whether you were very close with him or, like me, had the chance to speak to him a few times and were delighted he remembered your face, Al had a magical quality that made him a warm, guiding light. Our loss means we don’t get to see that impish glint in his eyes or watch him holding his camera. It means we don’t get to talk about cute girls or his new projects with him. Al made every room he was in feel like home. We lost a pal, an uncle, a cozy corner to sit and chat.

The loss of Albert Maysles, though, means much more than a group of filmmakers losing an old friend. Few figures in the history of cinema have meant as much to the way we make and watch movies. When I interviewed Bennett Miller a few months ago, he talked about how Salesman (the 1968 masterpiece Al made with his brother David, who died in 1987) taught him that a direct-cinema style, with no interviews or voiceover, could place a viewer “inside someone’s brain,” emphasising a sense of “consciousness” over story. The Maysles emerged from Robert Drew’s gang of young filmmakers, who used light sync-sound cameras to create a ‘new kind of journalism’ in the early 1960s, to popularise observational cinema. His two best known films were Gimme Shelter and Grey Gardens, two nonfiction masterpieces that were also legitimate cultural breakthroughs. People basically understand what we do because of the Maysles. 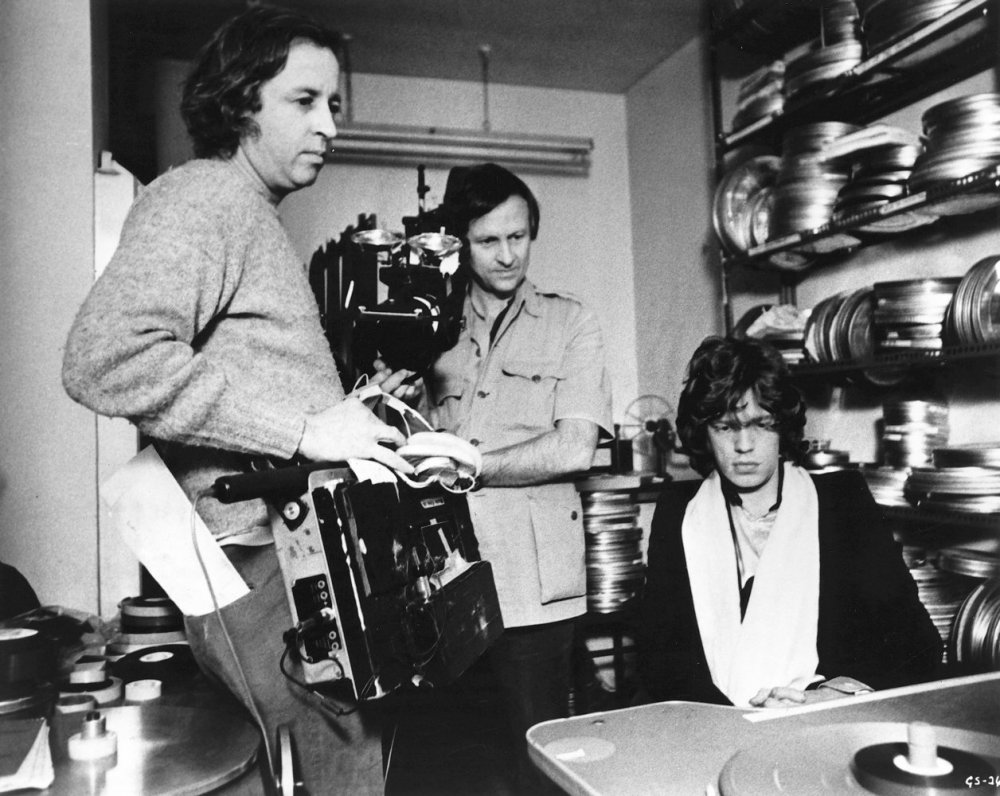 Al might have been the greatest documentary cameraperson who ever lived. My friend and longtime collaborator Sean Price Williams, who worked with Al for years, likes to say he was “always in the right place”. Sean’s career as a cinematographer was partly launched while working next to Al, but he was also an archivist for Maysles Films for a few years, which gave him the chance to watch many hours of outtakes and unseen material. He always talked about Al’s uncanny ability to be exactly where he needed with his camera, at exactly the right moments, to get the perfect shot. His images have such delicacy and immediacy that it felt like there was an invisible cord connecting his heart to the screen. His compassion, kindness and understanding of beauty seemed to steady his hands and fix his eyes in the right direction. He adored everything and everyone he filmed. He strung his images together and gave us life, reflected back.

Al could be incredibly single-minded about the documentary process. He liked to quote Hitchcock’s famous line about ‘god’ being the director of documentaries and he loved to say that he never interfered, never staged and never pushed his subjects to perform. He had a purist’s perspective, vigorously defending the idea that truth could be captured, despite objections from academics, critics and people like me. 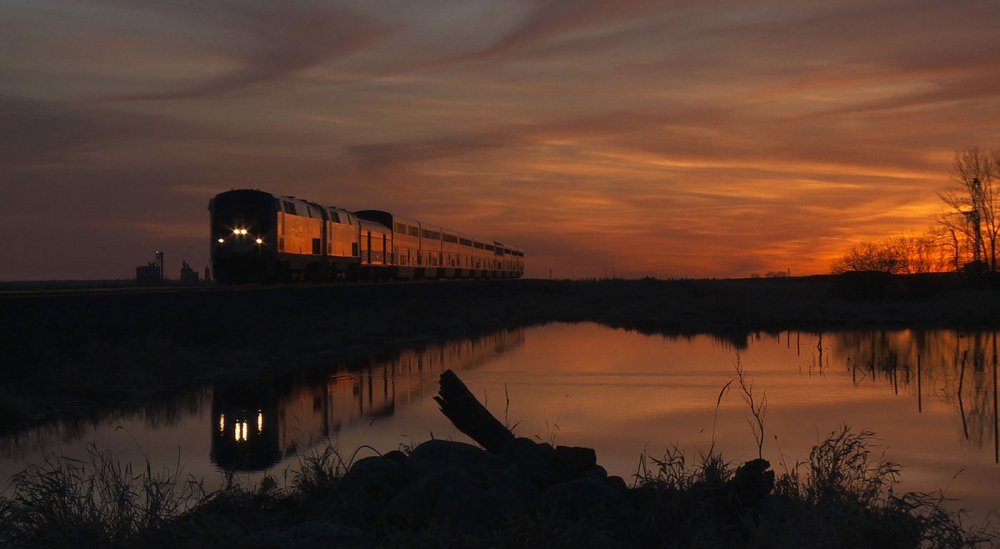 Albert Maysles’s long-harboured In Transit, premiering next month at the Tribeca Film Festival

But his films remained complex expressions of the tricky dance between form and content inherent in the nonfiction form. Grey Gardens can be described as a stunningly complicated meditation on performance, exploitation and subjectivity. Meet Marlon Brando is about the human behind the movie star myth, but also about the actor’s seductive relationship with Al’s camera. The Christo films (Christo’s Valley Curtain, 1973; Christo in Paris, 1991) are as much about ageing as they are about art processes. Gimme Shelter might be making the case that Mick Jagger is the devil.

The Maysles used tiny, startling observations to show us who and what we really are. “The natural disposition of the camera is to seek out reality,” Al once said, and that simple maxim became the guiding force of his long, productive life. The way he transformed the realities he sensitively captured into movies – theatrical, mysterious, tense-filled pieces of cinema – created a foundation on which an entire generation now stands.

I rely on Al’s work like a Christian relies on the Bible. In graduate school, I refused to continue listening to a teacher until he showed my fellow students Salesman. He told me that if I wanted to talk about the Maysles so much, I could teach the class myself. I took his challenge and taught the next week’s class, giving my classmates a real education. Fourteen years later, I’m still a zealot, ready to spread the Maysles gospel as I start teaching my own students at the University of Missouri. 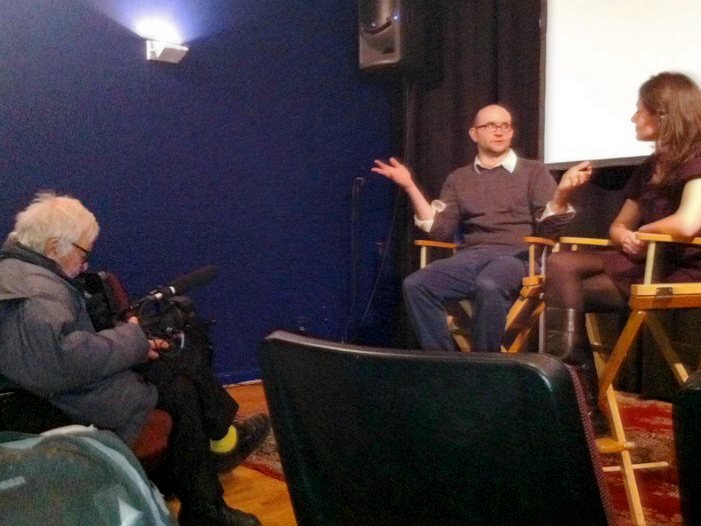 Next Monday, I’m flying back to New York for an already-planned screening of my film Actress at the Maysles Cinema in Harlem. Al would almost certainly have come to watch my movie, just like he did when my second film Kati With an I played there in 2010. That day was truly a dream come true.

The Maysles cinema is a tiny cathedral to documentary cinema located in a neighbourhood Al loved. On Monday he will be a ghost in the screening room, his presence in every seat and on the screen, because I’d have no images to project without Al’s work. He meant everything to me, as a man, an influence, a hero and a symbol of everything good and everything possible. We all considered him the heart and soul of our community. Albert Maysles was simply the best we’ve ever had and my heart aches for our loss. I wanted him to live to be 100, or maybe just to be there on Monday so I could say a proper goodbye and thank you.

The greatest documentaries of all time