From Martin Landau’s searing early role as the pent-up henchman of North by Northwest to latter-day recognition in Crimes and Misdemeanors and Ed Wood, his blazing blue eyes had it – but what was it? 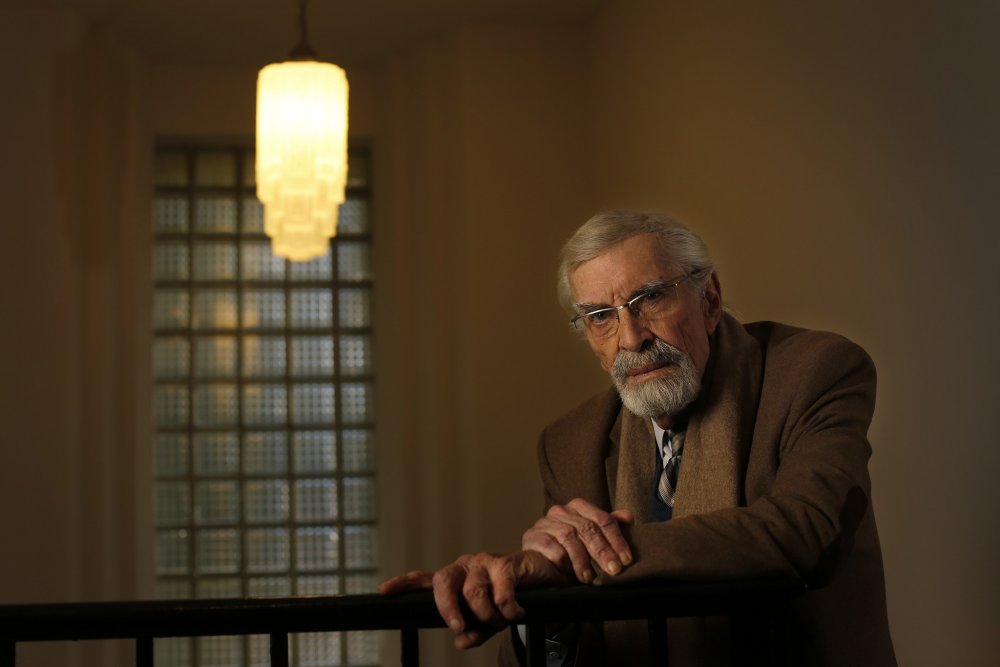 There are actors who have beautiful eyes, dramatic eyes, fantastically soulful eyes, and then there are actors who have eyes that burn with such multifarious fires that you somehow both know exactly what those eyes are saying and yet have no idea. Eyes that reveal and eyes that hold secrets. Those eyes could be tricking you: they could be harbouring depths of misery, sleepless nights of guilt, yearning or sadness, or they could be sleeping soundly, comfortable with their icy, sociopathic treachery.

In his best roles, that’s what Martin Landau possessed: a kind of fearful complexity that played relatable, mysterious, intimidating, emotional, scary and vulnerable – often all at once. When Landau expressed a splintered psyche, he was both chilling and sympathetic, and in some cases he challenged our presumption – making us recognise darker aspects within ourselves. For an actor, that kind of complexity is much harder than it looks. But for Landau – a man who came from the Actors Studio and who took his craft seriously – this kind of well-honed but unforced understanding of human behaviour (both externally and internally) was important. Don’t show it all. Real people hide. As he said in 2010:

“People do not necessarily reveal what is going on – only bad actors do. Bad actors try to cry, and good actors try not to. Bad actors try to laugh, and good actors try not to. Only bad actors play drunk – good actors play drunks playing sober! They don’t want everyone in the room to know they’re drunk, and if you’ve ever seen a drunk pick up a glass to his mouth at a bar, it’s the most studied, controlled thing you’d ever see, as opposed to the sloppy kinds of drunks you see played everywhere. There’s a real amount of bad acting around that is considered good acting, and I see at the Actors Studio every week stuff that far excels what I see on Broadway or television or film.” 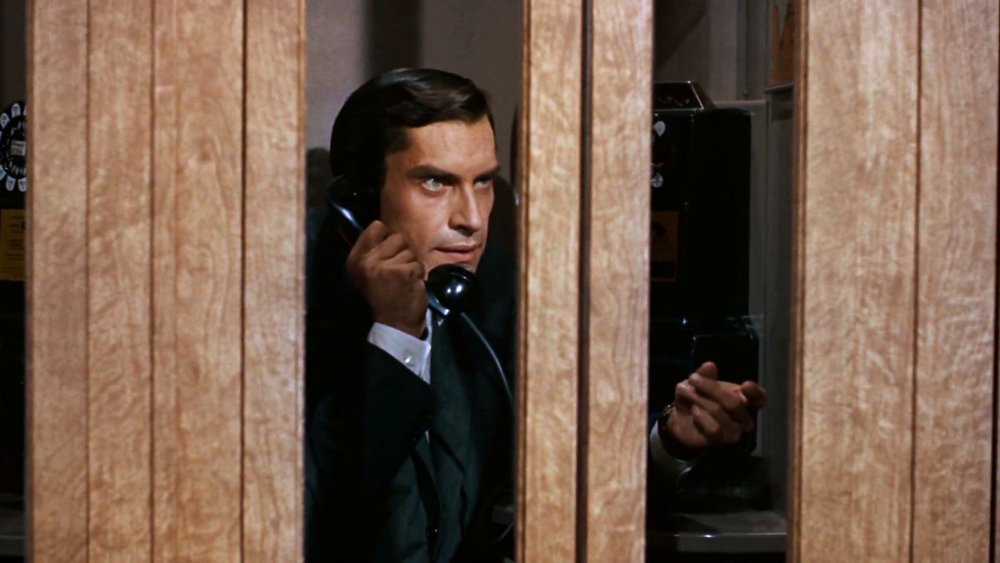 As James Mason’s henchman Leonard in North by Northwest (1959)

And based on the immediate beauty of those blazing blue eyes, set by dark brows, sitting on that uniquely, sometimes strangely handsome face of full lips and fantastic hair, he could have played his physicality so easily. He’s so immediately striking that his intensity could have gone to the extreme. But it rarely did – he kept it all in beautiful control. As I re-watched him in Alfred Hitchcock’s North by Northwest, playing James Mason’s loyal henchman Leonard, I was struck by how he both popped visually on screen (and next to Mason and Cary Grant), but never attempted to steal a scene, never to draw attention to himself. He didn’t need to.

He also chose to play the role with a secret: Leonard was gay. With that, he went from stock evil to a man of complicated terrorisation and repressed desire. I wondered how Leonard slept at night: like a baby? Or did he toss and turn, haunted with yearning, plagued by a sliver of conscience? 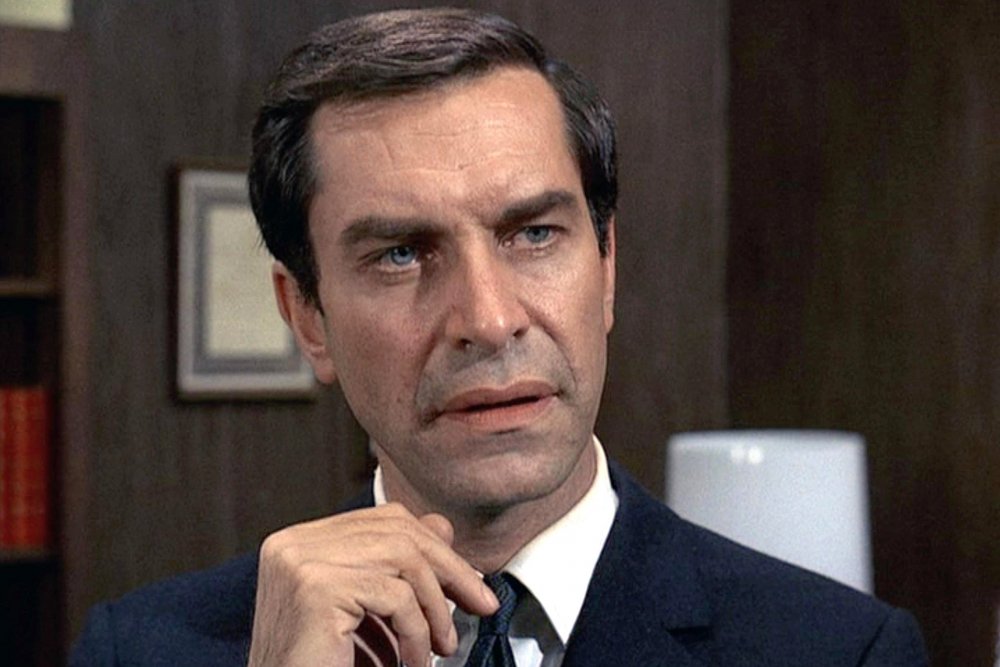 Much has been written about Landau’s late-life resurgence, and his tale is indeed interesting and inspiring for any actor struggling with bad parts, in bad movies or television (at one point he appeared in The Harlem Globetrotters on Gilligan’s Island – Landau certainly understood Bela Lugosi ridiculously wrestling an enormous, broken octopus in Ed Wood). This was a man who was, for a time, best friends with James Dean and who was one of the only two in one year (alongside Steve McQueen) accepted to join the prestigious Actors Studio under Lee Strasberg.

He also taught acting, running the West Coast branch of the Actors Studio, and discussed craft his entire life (a recent Marc Maron interview is most illuminating). A notable earlier role came on Mission: Impossible, and he stood out in many television appearances – Alfred Hitchcock Presents, Johnny Staccato, Playhouse 90, a starring role on Space: 1999 and more. 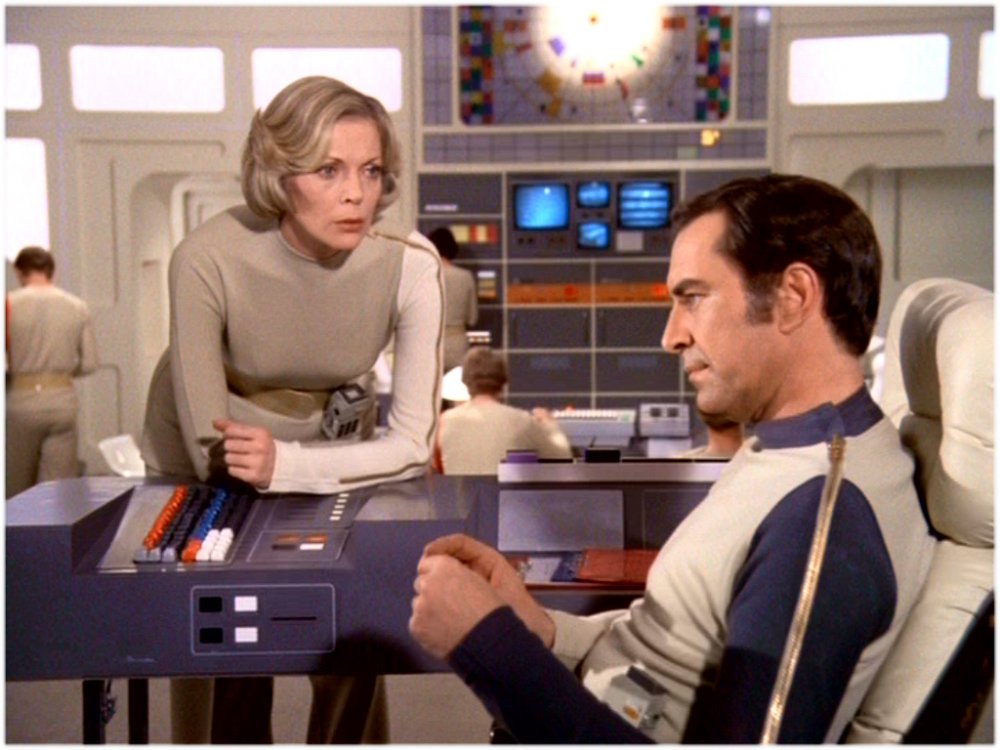 But, again, it was Landau’s mid-life career that granted him the most success, not only for acclaim and award nominations (Francis Ford Coppola’s Tucker: The Man and His Dream, Woody Allen’s Crimes and Misdemeanors, Tim Burton’s Ed Wood, John Dahl’s Rounders) but for all of that complexity in those eyes. Leonard had grown up, but not too much: he’d not achieved the effortless type of wisdom or all-important gravitas an older actor might lean on; Landau still obscured enough to make us look into him, wonder about him, and in some cases feel a chill.

You feel that ominous chill in one of his greatest performances, as wealthy, respected eye doctor Judah in Allen’s Dostoyevskyian meditation Crimes and Misdemeanors, in which he has his mistress (Anjelica Huston) murdered. One secret is doubled with the immense weight of another, and observing and absorbing Landau as he moves through stages of panic, guilt, self-searching and selfishness is fascinating partly because he must cover up this soul-sickness from his family.

Landau’s haunted eyes say so many things here, but also leave out just enough to leave the viewer with questions. Just how guilty does (or did) this man feel? At times he’s about to break, at others there’s an angered, sinister fear in his eyes. There are no easy answers. When he covertly (and so chillingly) ‘confesses’ the crime to a stranger, Allen’s documentary filmmaker, he presents it as an unsettling story, a work of fiction that is too real, and even as we’ve followed this story through the entire picture, we’re riveted by Landau’s acceptance: “People carry awful deeds around.” he says. “What do you expect him to do, turn himself in? This is reality. In reality, we rationalise, we deny, or we couldn’t go on living.” 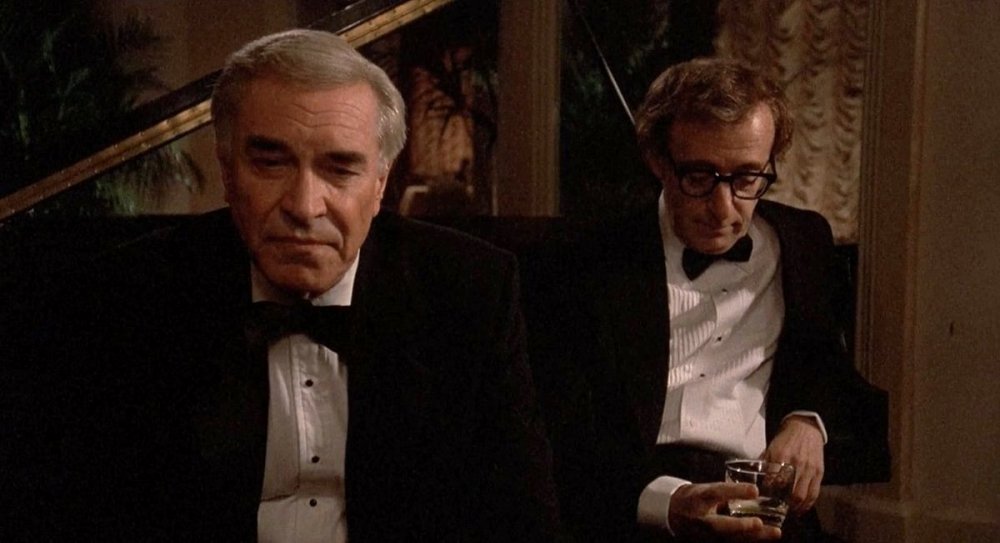 As Judah in Crimes and Misdemeanors (1989)

Landau caused us to question if Judah ever deserved our sympathy while, at the same time, worked his extraordinary face to penetrate our own capacity for evil. We look at him, and then we look within ourselves. Are we capable of living two lives such as his? How many of us already are? And, by extension, how much of our own real life is about acting?

That kind of actorly duality informed another of Landau’s greatest performances, albeit in a different way, that of Bela Lugosi, in Ed Wood (for which he won an Oscar). Playing a down-on-his-luck horror icon, an actor of terror, a performer of penetrating, hypnotic eyes, Landau as Lugosi understood the theatricality of the part as well as the down and dirty reality of it all – and the secrets. Lugosi was proud to be famous for Dracula, a potent, sexual terror, but when Ed Wood got to him he was weakened by drug addiction – and could no longer hide it. Landau is, at times, overwhelmingly moving in this role: cranky and bitter, still a force as Lugosi, but reticent, insecure, addicted. Cloaking pain in capes and infamy, Landau’s Lugosi must act his way through life to maintain his dignity. But Landau gave Lugosi more than dignity: he gave him humanity, and he understood the actor’s need to obscure, in movies and in real life.

In Crimes and Misdemeanors, Landau’s Judah says “I remember my father telling me, ‘The eyes of God are on us always.’ The eyes of God. What a phrase to a young boy. What were God’s eyes like? Unimaginably penetrating, intense eyes, I assumed. And I wonder if it was just a coincidence I made my specialty ophthalmology.”

It was not a coincidence that Landau made his specialty acting. But part of his power was using those “penetrating, intense eyes” to reveal and obscure – to maintain a very human kind of perplexity. Landau learned from uncertainty. As he said, “Doubt is a very important trait. Out of doubt comes thinking, decisions, choices. We learn stuff. We learn to make mistakes. Or not to.”