Jonathan Demme obituary: a cinema of heart and soul, funk and fight 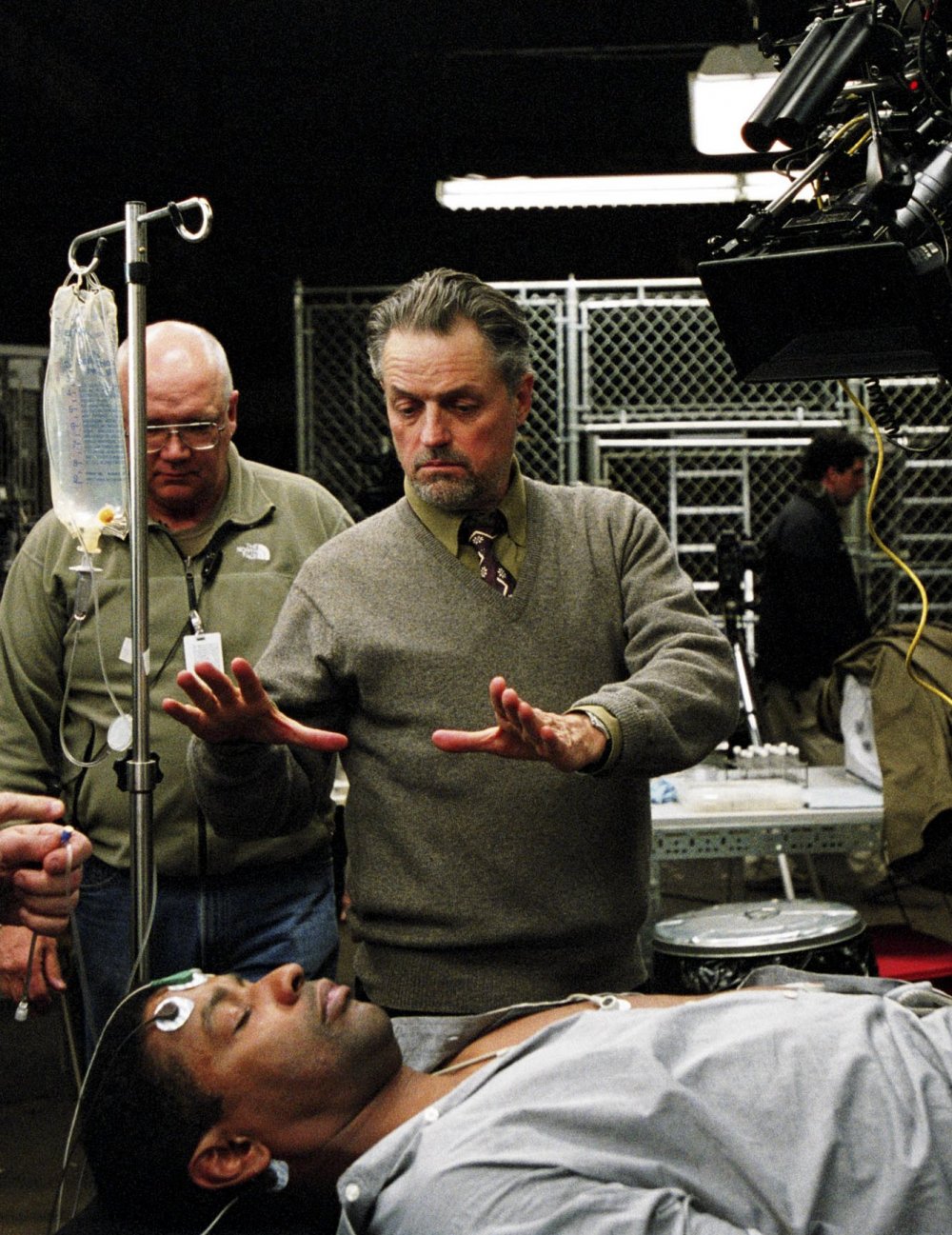 It was with great sadness I heard the news of the death of Jonathan Demme after a battle with oesophageal cancer and heart disease. Not just because he was a hugely gifted and independently spirited filmmaker, but also – as anyone who met him would testify – he was an extraordinarily warm, enthusiastic, open and generous man.

Demme was to the majority of film-goers an inventive, amiable director with a spotty career until he suddenly made the headlines with The Silence of the Lambs in 1990. Based on Thomas Harris’s best-seller about a female FBI agent’s pursuit of a serial killer while mentored by psychopathic super-brain Hannibal Lector, the film picked up five Oscars, including one for Demme. The darkness and malicious wit of the film overshadowed much of the sunniness and freedom of his other work. 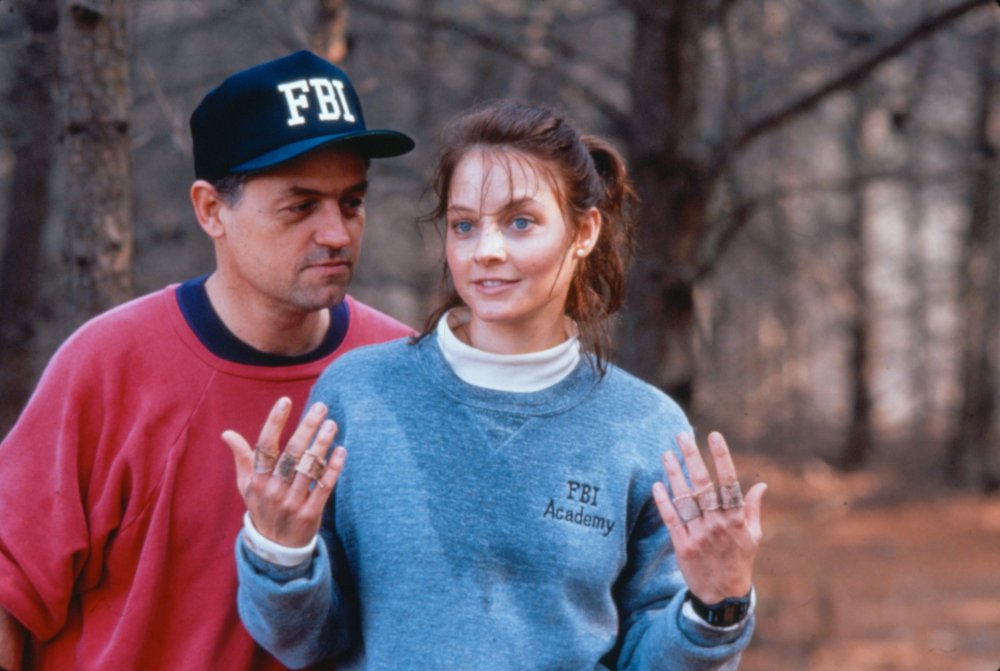 Demme was born on Long Island to parents who encouraged him to see foreign films and took him off for vacations in the Caribbean, both formative experiences for the future director. After a failed attempt to become a vet, Demme took to journalism, and his positive review of Zulu (1964) caught the eye of producer Joseph E Levine, who gave him a job in film publicity.

Demme next spent a curious period in London, odd-jobbing as a rock journalist and working in commercials, until another fortuitous encounter, with exploitation king Roger Corman, led to writing and producing two biker movies with Joe Viola. Demme’s first shot at directing, the women-in-prison drama Caged Heat (1974), already displayed traits that would become his signature; a devilish sense of humour, a genuine solidarity with the underdog and the oppressed, a strongly feminist tendency, and an all-embracing love of popular music, in this case evidenced by a terrific score by John Cale. 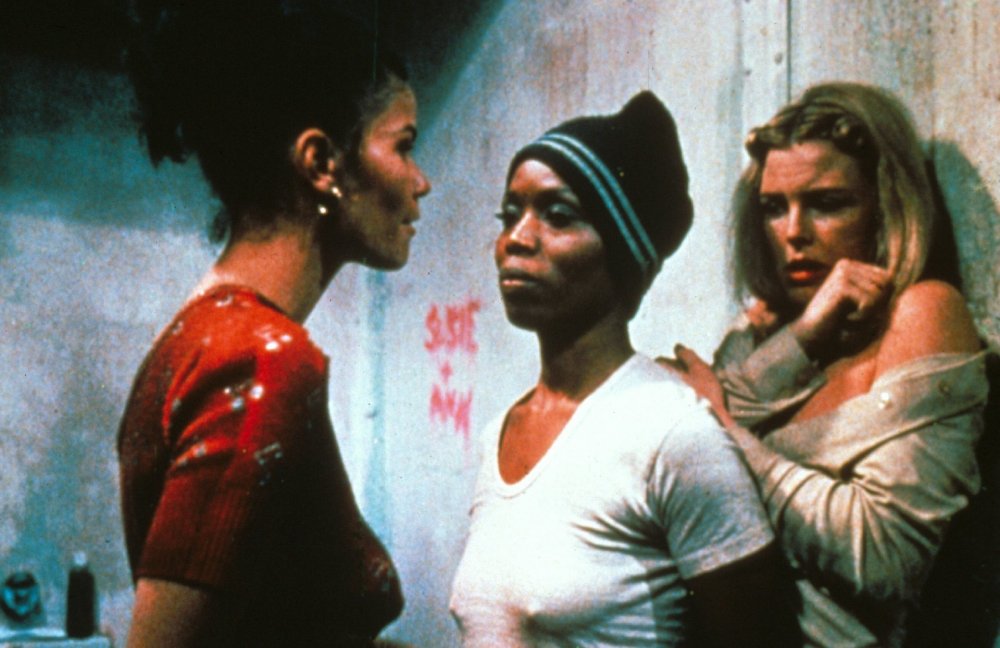 After further adventures in Corman-land, Demme then broke into making independent films before such a term became chic. Handle with Care (1977), re-titled Citizens Band to make explicit its depiction of the craze for drivers communicating through personal radios, was a quirky, loving comedy populated by off-beat, working-class American folk. A critical success, it was the first of a number of box-office failures that might have stalled a less determined director.

He followed it with an overt homage to Hitchcock, Last Embrace (1979), in which he began to use a device that became a Demme trademark; when two characters came face to face, he would shoot them frontally so that the audience was totally implicated in the confrontation.

Melvin and Howard (1980) was a return to the blue-collar world of Citizens Band, the true story of Melvin Dummar’s disputed claim to be a beneficiary in Howard Hughes’ will. Again, Demme never patronised his characters but created a rich, touching story of a married couple at odds with those in power. And as before, critical praise was not matched by box-office rewards (in London, in a pre-internet era when a planned Time Out cover picture would have driven people into the cinema, the magazine’s staff went on strike and the magazine disappeared from the stands).

Demme’s next film, Swing Shift (1984), was a fictional take on the female aircraft factory workers of World War II as depicted in the documentary The Life and Times of Rosie The Riveter (1980). However, it morphed from a female solidarity movie to a conventional romance when star and producer Goldie Hawn fell for co-star Kurt Russell and demanded a complete change of emphasis (bootleg copies of Demme’s original cut have surfaced recently, showing what might have been). 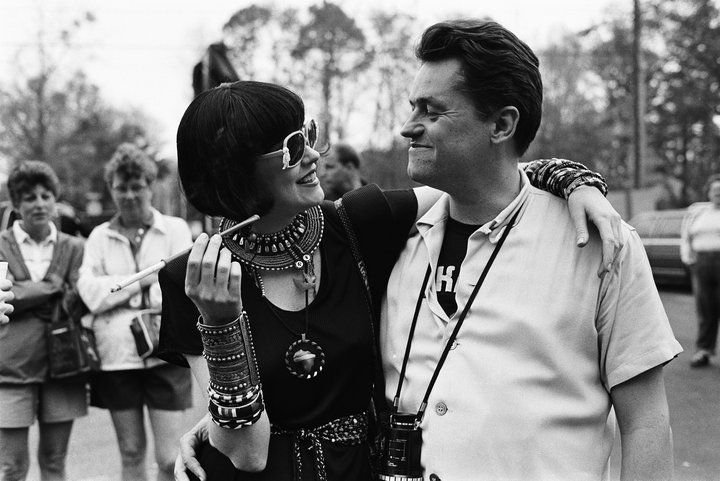 Something Wild (1987), a ‘yuppie nightmare’ movie which adroitly blended screwball comedy with darker stuff, all accompanied by a richly varied rock soundtrack, saw Demme back in control. Both this film and its successors, Married to the Mob (1988) and The Silence of the Lambs, were blessed with strong and complex female central characters, which was by now another Demme hallmark.

The Oscar success gave Demme enormous clout in his profession. His response was to take on ‘difficult’ subjects that by no means guaranteed popularity, but embraced what he saw as important. Philadelphia (1993) was the first major Hollywood film to tackle Aids.

Beloved (1998), based on Toni Morrison’s novel, dealt with slavery before everyone discussed the subject in terms of Tarantino vs McQueen. And The Manchurian Candidate (2004) was a re-make of the classic cold-war thriller about brain washing, but now spun through post-Iraq War industrial investment. Demme often cited his viewing of Alain Resnais’ episode in Far From Vietnam (1967) as his awakening to how cinema could speak about politics, and he never lost sight of that imperative. 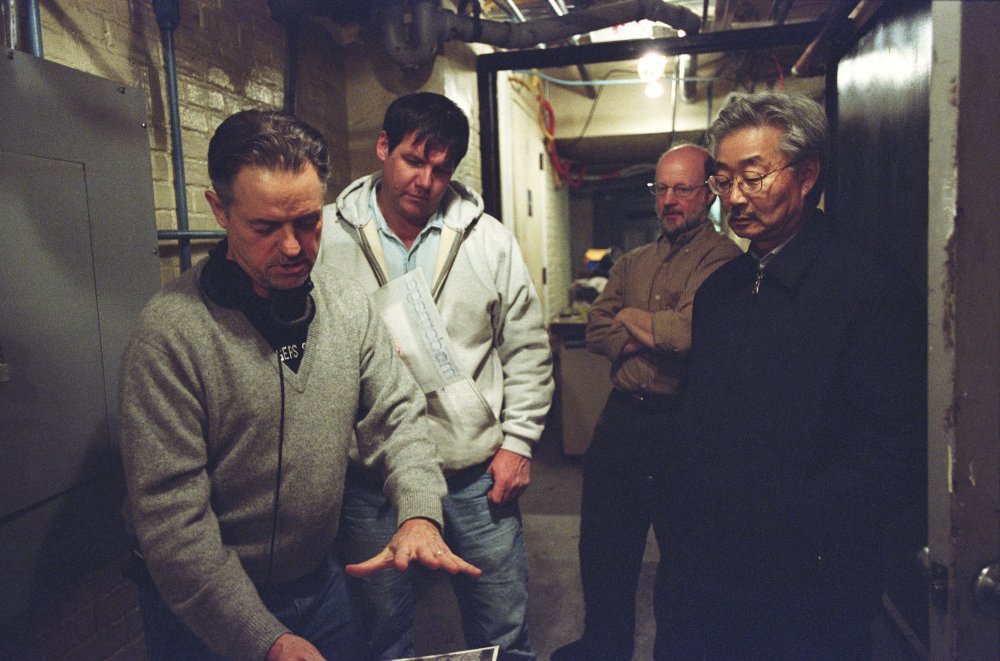 Throughout Demme’s career, his features became steadily more intersected by work in other genres and fields. He set up an office in New York, Clinica Estetico, which was copiously decorated with Haitian art to reflect his fascination with that country and its culture. He made documentaries that dealt directly with his humanitarian concerns – on the political struggles in Haiti, the aftermath of Hurricane Katrina, the legacy of President Jimmy Carter. 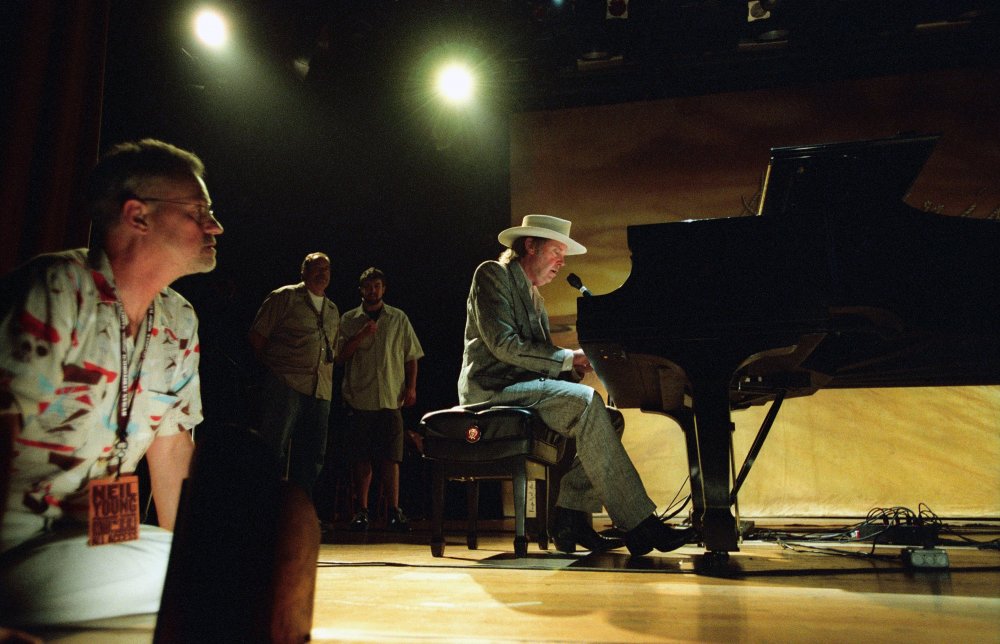 Demme set a high benchmark for the filming of rock concerts with Stop Making Sense (1984, with Talking Heads), Storefront Hitchcock (1998, with Robyn Hitchcock) and Neil Young: Heart of Gold (2006). And latterly he was becoming more involved with television, directing episodes of The Killing and Shots Fired, his last screen credit.

My own connection with Jonathan Demme began when I programmed a season of his films for the BFI in 1989, and interviewed him on stage. Talking with Demme was always a pleasure, such was his limitless energy and enthusiasm. He held the audience spellbound with a vivid, no holds-barred account of his fight with Goldie Hawn over Swing Shift.

Subsequently I hosted a number of events in London with him, most memorably a master class which he did jointly with his favourite cameraman, Tak Fujimoto. It was typical of Demme’s totally sincere openness to cultural diversity that he first sought out Fujimoto believing the cameraman would bring a Japanese flavour to his work, only to discover he was really just as American as himself. 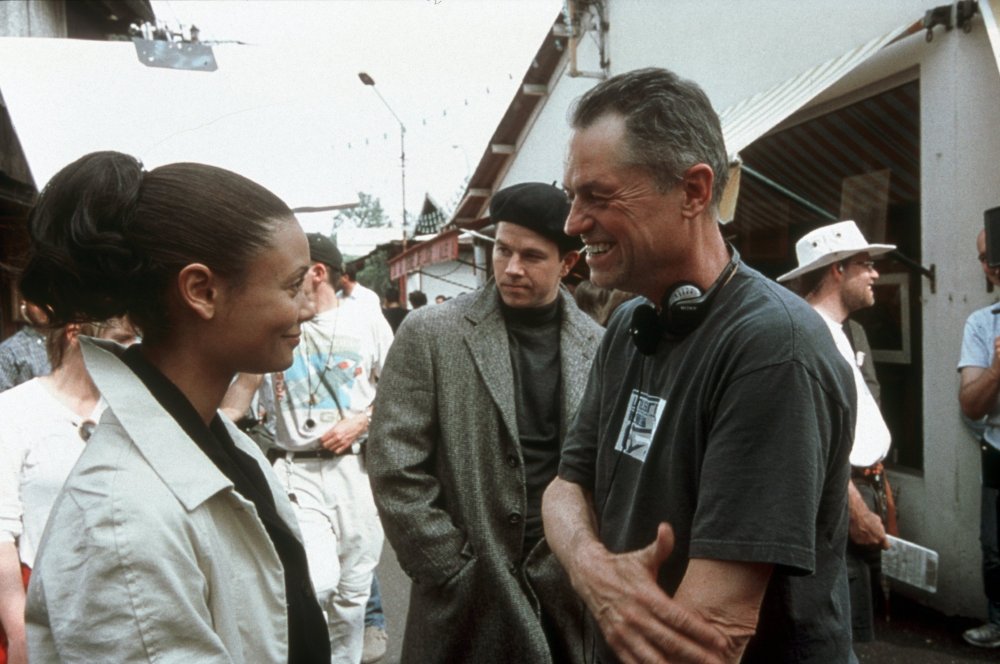 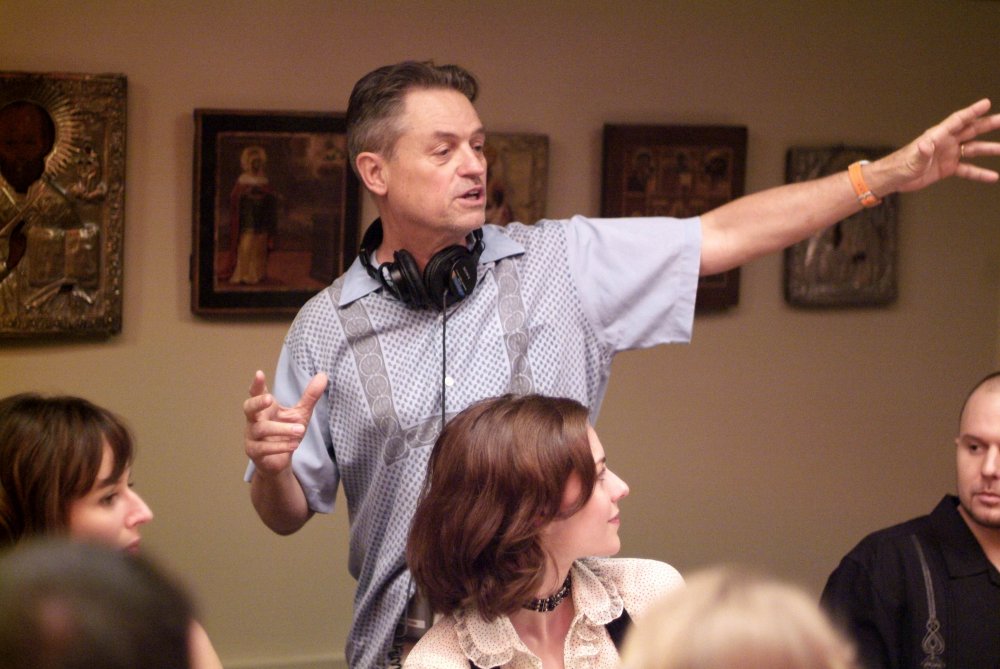 Jonathan Demme on the set of Rachel Getting Married (2008)

Our last communication was almost ten years ago, an exchange of emails in which he gave me a reading list of books on voodoo and was thrilled that I had enjoyed Rachel Getting Married (2008). “This is really the happiest I’ve been with a fiction in I don’t know how long,” he wrote. In this film I, like many others, thought Demme had winningly fused a loose, documentary style with his fictional portrayal of ordinary people living messy lives, and served it up with an adroitly chosen musical background.

Demme’s last film, Ricki and the Flash (2015), showed that Meryl Streep could easily convince as a middle-aged rocker making a comeback, and if it had a fault it was once again that Demme’s huge affection for his characters overweighed any narrative urgency or slickness. But if that’s to be seen as a weakness, in my book it’s a mightily forgivable one. 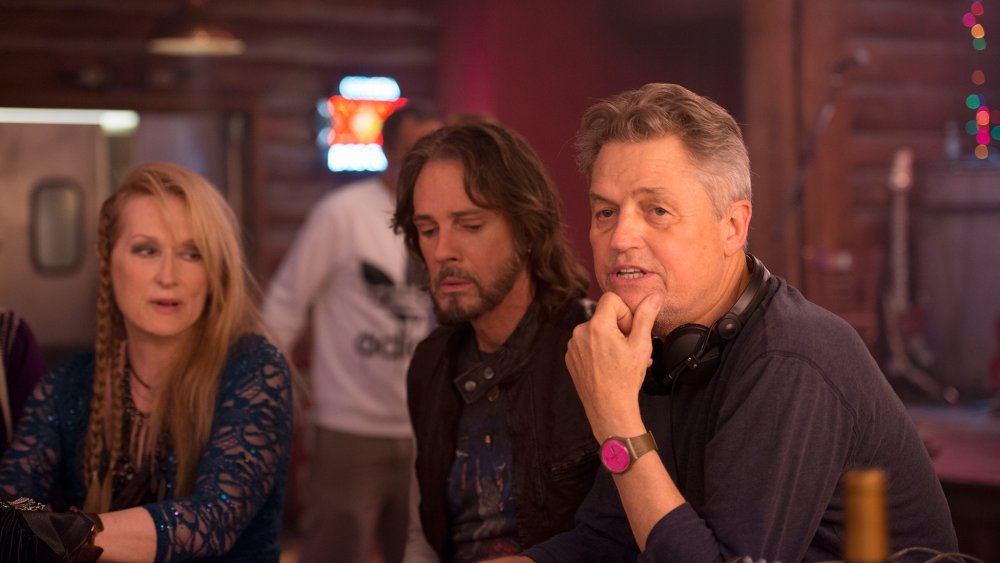 Meryl Streep, Rick Springfield and Demme on the set of Ricki and the Flash (2015)

Get access to our digital archive for more of our writing about the films of Jonathan Demme, including:

Married to the Mob

The Silence of the Lambs

The Truth About Charlie

Ricki and the Flash

Related to Jonathan Demme obituary: a cinema of heart and soul, funk and fight