Idrissa Ouédraogo obituary: Burkinabe master who merged the political and the poetic

The filmmaker from Burkina Faso, who has died aged 64, was a singular talent in African cinema whose films championed marginalised people, cultures and lands. 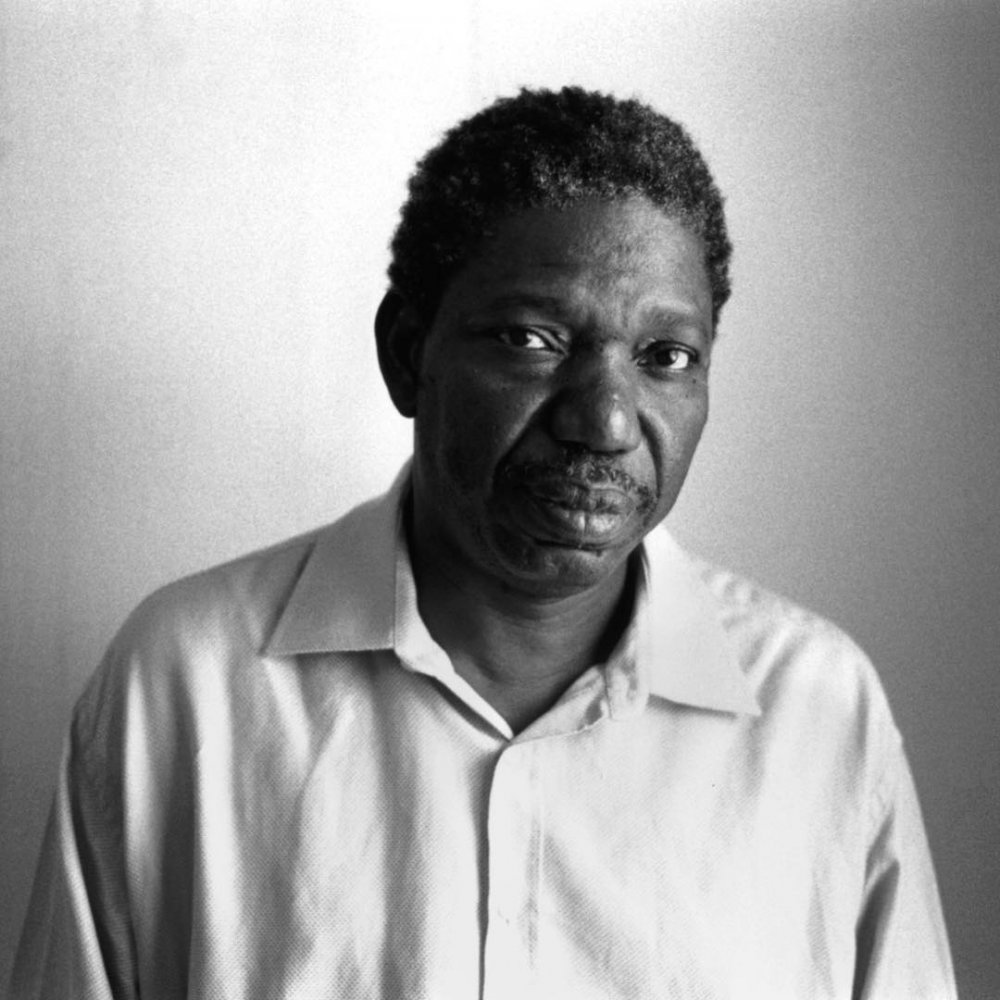 Burkinabe, African and world cinemas have lost one of their most singular voices. Idrissa Ouédraogo, the director of such cinematic gems as Yam Daabo (1986), Yaaba (1989), Tilaï (1990), Samba Traoré (1992), Le cri du coeur (1994) and Kini & Adams (1997), died of a stroke in Ouagadougou, Burkina Faso, on 18 February 2018 at the age of 64. This tall, brilliant, sensitive, generous figure with his aristocratically nonchalant walk and notoriously uncombed hair was born in 1954 in the country that hosts FESPACO, Africa’s most prestigious film festival. Ouédraogo was the enfant terrible of the Burkinabe cinema, which was effectively engendered by the creation of FESPACO in 1969.

Already a rebellious figure in his youth, having been expelled from the University of Ouagadougou for co-leading a student strike action in the late 1970s, Ouédraogo would go on to join the now defunct INAFEC film school, which trained many of the major names of Burkinabe cinema. After a one-year stay in Kiev, Ukraine, he spent the early 80s attending the prestigious French film school IDHEC (now La Fémis), graduating in 1985. He would go on to direct numerous features, many of which would win prestigious awards including the Grand Jury Prize at Cannes and Yennenga Stallion at FESPACO for Tilaï, and the Silver Tanit at Carthage and Silver Bear at the Berlinale for Samba Traoré.

Ouédraogo was one of that illustrious group of film directors whose names instantly evoke African cinema, alongside Ousmane Sembène, Med Hondo, Souleymane Cissé and others. He carried on much of their cinematic project: to film with dignity a continent much maligned by the moving image throughout its history. Casting, like them, his lot with the least of his compatriots, Ouédraogo devoted an important (though not sole) dimension of his cinema to the peasantry, by making them the protagonists of many of his narratives. This always already political gesture demonstrates that he sided with them in the process of positioning his camera in the wider field of representation.

Yet he would double the political with the poetic, casting a tender, loving, caring, empathetic and aesthetic gaze upon them, investing cinematic value in their lives and celebrating the ways in which they sought to make life on earth bearable for themselves and their fellow beings, often in the most difficult material conditions. Never reducing the peasant classes to their socio-economic determinations, he sought to figure them as masters of their own destinies and of the art of inventing ways of life and being, alone and together. To render their experiences felt, he would film and light their faces, smiles and emotions with unforgettable medium shots and close-ups and frame the choreography of their movements in musically geometrical ways, with sumptuous long shots, long takes and depth of field.

Ouédraogo’s work must also be remembered through the prism of its trans-historical politics of intimacy, which foregrounds marginality as precondition for enhanced conviviality. Indeed, part of the formula of his cinema is to postulate a certain universalism at the level of affect and use it as the vehicle through which to interrogate existing structures of dominance (patriarchy, gender, neocolonialism, gerontocracy, etc). Instead of confronting these through reigning revolutionary discourses, he enters them through the lens of the politics of intimacy and explores what such a proposition might offer as a new way of experiencing life and culture. How do the politics of intimacy make possible the reinvention of life itself in a new world and land, he asked in Yam Daabo? How do the politics of intimacy move the fault lines of cultural rigidities both in Africa (in Yaaba and Tilaï) and in Europe (in Le cri du coeur)?

To actualise these politics, Ouédraogo made recourse to figures often marginalised by virtue of their refusal to conform, who help reveal the uneasy balance upon which social and cultural normativities are established. These figures include, amongst others, children, women, the drunk, the adulterer, the prodigal son, the bandit/thief and the migrant, through whose eyes normativity is seen as contingent, and its hegemonic status as imposed and always open to destabilisation. Ultimately, a transhistorical politics of intimacy embodied in affective regimes of love, desire and transgression animates Ouédraogo’s cinema of dissent.

It is rarely mentioned that a certain tradition of experimentalism is embedded in Ouédraogo’s cinema, involving working with (in) multiple forms and genres, from film and television to theatre.

Looking at the evolution of his cinematic language, one is struck by his desire to achieve a certain elemental-ness (but not elementariness) in his first period, roughly from Poko (1981) to Yaaba. This entailed peeling off layers of the possible in cinematic representation to make essential blocks of thought and experience – time, silence, nature, looking, meditation, contemplation – almost directly present, felt and palpable. Through an investment in a kind of Bazinian realism articulated around the long take, the depth of field and a fictional observationalism, Ouédraogo sought to situate humans within the coordinates of time and space as they made their journey toward their own finitude, while ascribing to them a certain sense of fundamental liberty and agency.

During much of the 90s, Ouédraogo would experiment with more classical modes of filmmaking, with accelerated rhythms, tightly shot and often professionally cast films engaging with genre conventions. Tilaï seems to inaugurate this with its haunting opening sequence, shot in the purest traditions of the western, and the trend finds its apex in Samba Traoré (even as the latter continues to hark back to early and silent cinema in its casting and distribution of proportions).

In some ways, Ouédraogo’s films may be thought of in terms of their strong attractional elements. The vocabulary of the cinema of attractions is part of what characterises his films. The chase scene, for instance, seems to be part of their DNA, with most of his films involving characters running after each other. Many such scenes are independent of the narrative, their primary purpose seemingly to pause and revel in the spectacle and thrill of the chase. ‘Freed’ from the story, they participate in a reflexive politics of the films, which also often involves the literal spectator-in-the-text embodied by the figure of an accidental witness, who often offers commentary on the scene, sometimes with generalisable, philosophical import. In other instances, however, they are fully integrated in the narrative, as in the collective chases of thieves in Yaaba and Tilaï.

It is thus hardly surprising that the work of this master of both the short and the feature, fiction and nonfiction films as well as television series, who traversed the spectrum of cinematic experimentalism through populism, would find lasting resonance in Burkinabe, African and world cinemas. His work helped turn Burkina Faso into a terra cinematographica by cinematising the country’s landscapes. Through his gaze, flat planes became epic spaces, his expressionistic lighting turned the yellowish, tattered grass of the Sahelian landscape lush and golden.

Ouédraogo also participated in the construction of the national by filming in multiple languages and regions of the country, while bringing the musicality of the Ouahigouya dialect of the Mooré language into the field of the audible. Along with his former teacher Gaston Kaboré (the other master of Burkinabe cinema), he co-created the so-called Burkinabe school of filmmaking, renowned for creating universalising humanist narratives which blurred the boundaries between the historical and the mythical, centered on Sahelian rural life, and featured cute children as protagonists who often defy the worldviews of their forebears or contemporaries within the framework of a minimalist mode of filmmaking.

Ouédraogo was always in conversation with his partners-in-struggle in the world of African cinema. Like them, he endorsed the notion that filmmakers have a responsibility toward the peoples of Africa. He saw his work as partaking in the larger conversation around the contribution of cinema to the transformation of the African continent, foregrounding its beauty through technical and aesthetic rigour. He also partook in debates around the political economy of African cinema, and militated for the creation of viable production, circulation and exhibition infrastructure – for the constitution of an African market for African films, seen as a precondition for the success of African cinema at home and abroad.

To world cinema, he naturally offered beautiful cine-love-letter-poems from Burkina Faso and Africa to the rest of the world and was often, for many a cinephile, a point of entry into these spaces. It is no accident that he was often solicited to take part in global omnibus projects, sometimes creating anticipatory work.

For instance, in the Alain Brigand-produced 11’09’’01 September 11 portmanteau film (also featuring Ken Loach, Claude Lelouch, Alejandro González Iñárritu and Shohei Imamura), Ouédraogo not only brought lyrico-critical distance to this century-defining global event, but was also the only one to figure a fictional Osama Bin Ladin in his profilmic space. He imagined the Al-Qaeda leader not hidden in the caves of Afghanistan but instead living among the population, thus offering the imaginary possibility of his being captured in that context. History itself seems to have validated this artistic intuition, itself participating in a long visionary tradition in African cinema.

Idrissa Ouédraogo’s contribution to the cinema was monumental. Shall we hope that his departure from us will usher a new impetus for an indispensable rediscovery and a (re)generative reevaluation of his work?

Correction (6 March 2018): This obituary initially described Ouédraogo’s cause of death as “an unspecified illness”. We now understand it to have been a Cerebrovascular Accident, or stroke.

Related to Idrissa Ouédraogo obituary: Burkinabe master who merged the political and the poetic