Author of some of the cinema’s most delirious visions, the Polish-French director provided the likes of Romy Schneider, Isabelle Adjani and Sophie Marceau with their most memorable roles. 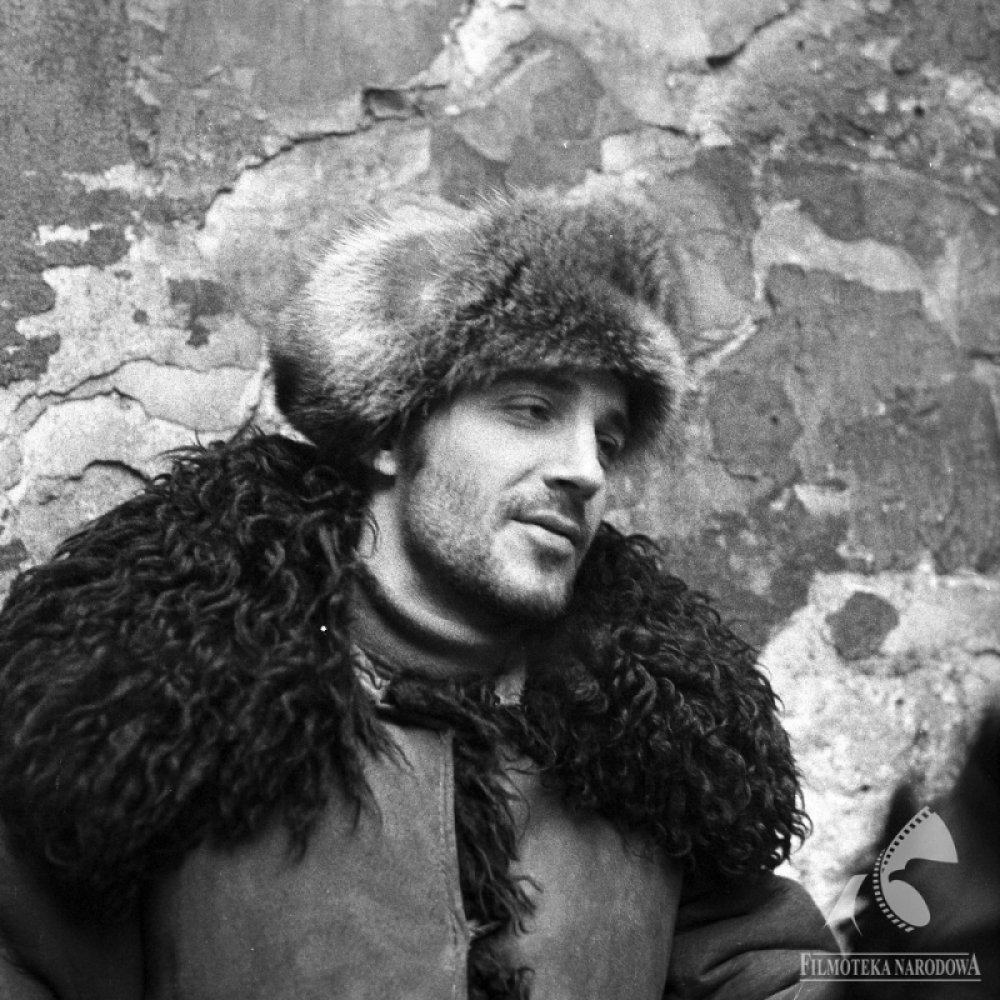 The death of Andrzej Żuławski from cancer has come with appalling timing, as he had just rekindled his cinematic career after a 15-year hiatus.

Last summer the Polish director presented his thirteenth feature at the Locarno Film Festival, and carried away a Best Director prize. Cosmos, an adaptation of a novel by Witold Gombrowicz, was shot in Portugal in French, and has now been bought for distribution in the USA and Britain. In English-speaking countries Żuławski’s reputation only grew significantly in recent years, as retrospectives (often curated by his ardent champion, Daniel Bird) made their mark and well-produced, subtitled DVDs began to emerge. But his films were often burdened with critical health warnings, and a recent season in New York was – to Żuławski’s chagrin – presented under the title ‘Hysterical Excess’. Was this deserved?

The common negative view of Żuławski’s cinema was that his plots were wilfully baffling, that his camerawork was too florid, that he encouraged his actors to emote and gesticulate as if in some continual state of paroxysm. But this was an entirely superficial impression. Underlying the heightened nature of the films was a deep, questioning soulfulness related to literary antecedents coupled with a vision of cinema open to shifting levels of perception and fantasy.

For many years his only film to have had any kind of impact in Britain was Possession, shot in English in a divided Berlin in 1980, which even achieved the distinction of being briefly classified as a ‘video nasty’. Described by its director as a “fairy tale for adults”, it was born from two impulses: the director’s return to Poland after a period abroad to find his son alone in a flat and his wife elsewhere; and a viewing of Bergman’s Scenes from a Marriage, which Żuławski felt had no fruitful conclusion. 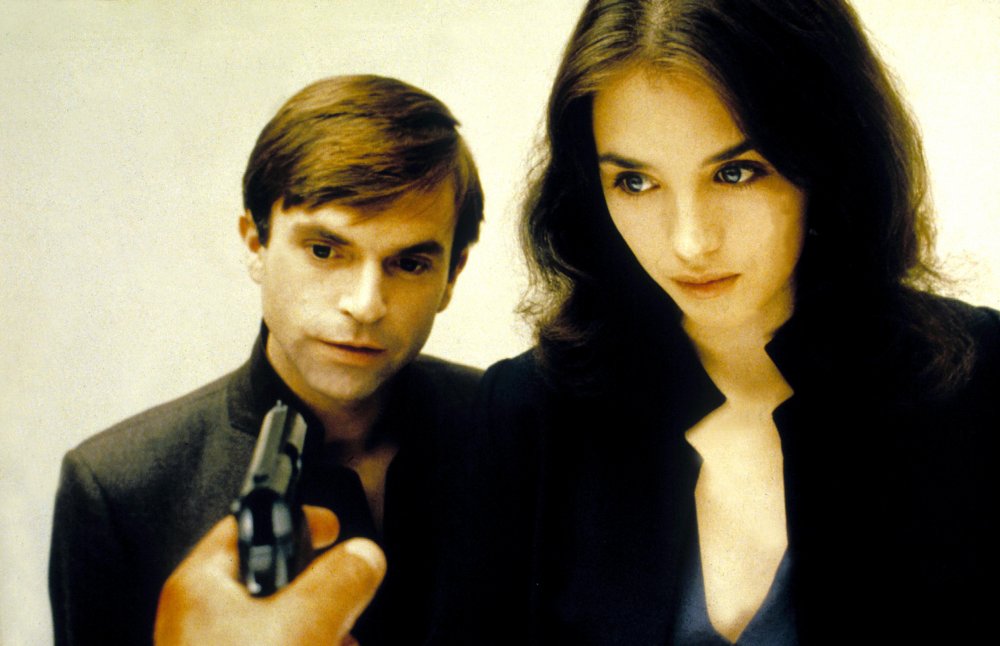 In his vision of a marital break-up, the protagonist (Sam Neil) discovers his wife (Isabelle Adjani) to have acquired not only a preposterous lover but also to have conjured up a monster which she visits for sexual gratification. Doppelgängers proliferate and the crises build to an apocalyptic ending. Is it psychological drama, or a horror film? Żuławski in effect created a genre of his own, while following a path that has also been trod – to greater acceptance – by David Cronenberg and David Lynch, filmmakers happy to twist narratives in unexpected ways and make the viewer become anything but passive.

Where then did Żuławski’s extreme take on cinema stem from? He was born in 1940 in Lvov (then in the Ukraine) to an intensely intellectual, literary family. His father, a poet and diplomat, took the family to France after the war, and when they returned there again in the late 1950s, the young Andrzej attended the Paris Film School (then called IDHEC). He had been inspired to this calling after seeing Andrzej Wajda’s debut A Generation (1955) at the age of 15 (Żuławski would quote the famous scene on a staircase in at least two of his films) and back in Poland became the assistant to his hero. 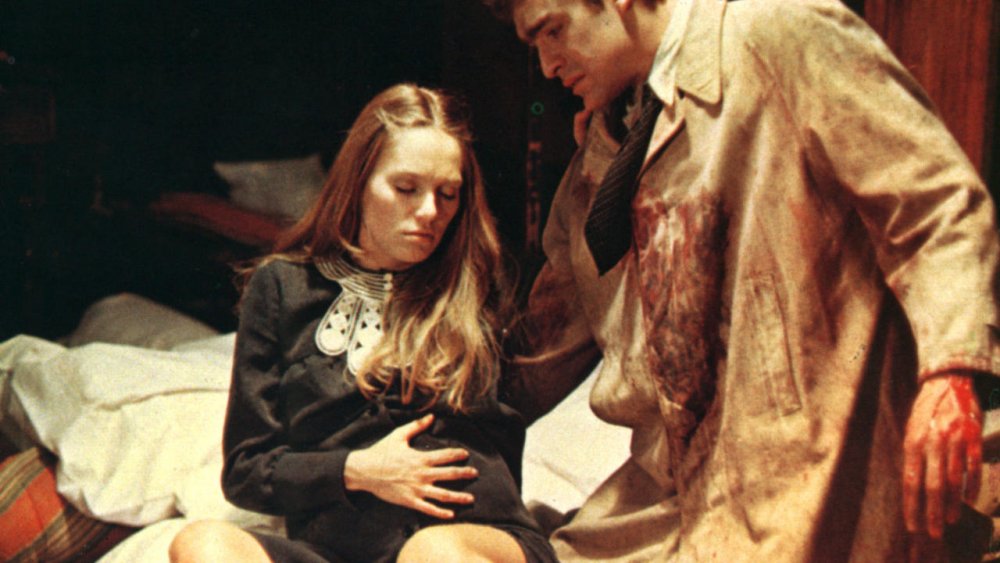 The Third Part of the Night (Trzecia Czesc Nocy, 1971)

After a spell as a writer and journalist, Żuławski made two television films before his feature debut, The Third Part of the Night (1971). It was based on a treatment by his father about his part in the Polish Resistance, and their involvement in German experiments with blood-sucking lice to create a typhus vaccine. But Żuławski added his own layers to the story, setting a pattern to come – the hero lives out two relationships with identical women (played by the same actress, Malgorzata Braunek, the director’s first wife); an apparently linear plot is fractured and bent upon itself; and there is a striking use of handheld camera and a musical soundtrack (provided by Andrzej Korzinski, who became a regular collaborator) that is more progressive rock than period orchestral. The film won Żuławski some international prestige, but he was considered dubious in Poland for not towing the Communist Party line.

His second feature, The Devil (1972) proved even more controversial and was totally banned for 16 years. Ostensibly a bloody tale of Satanic seduction set in the 17th century, it was in fact conceived as an allegory of how hard-line Communists had deliberately stirred up student rebellion in 1968 as a justification for seizing power with Soviet support. 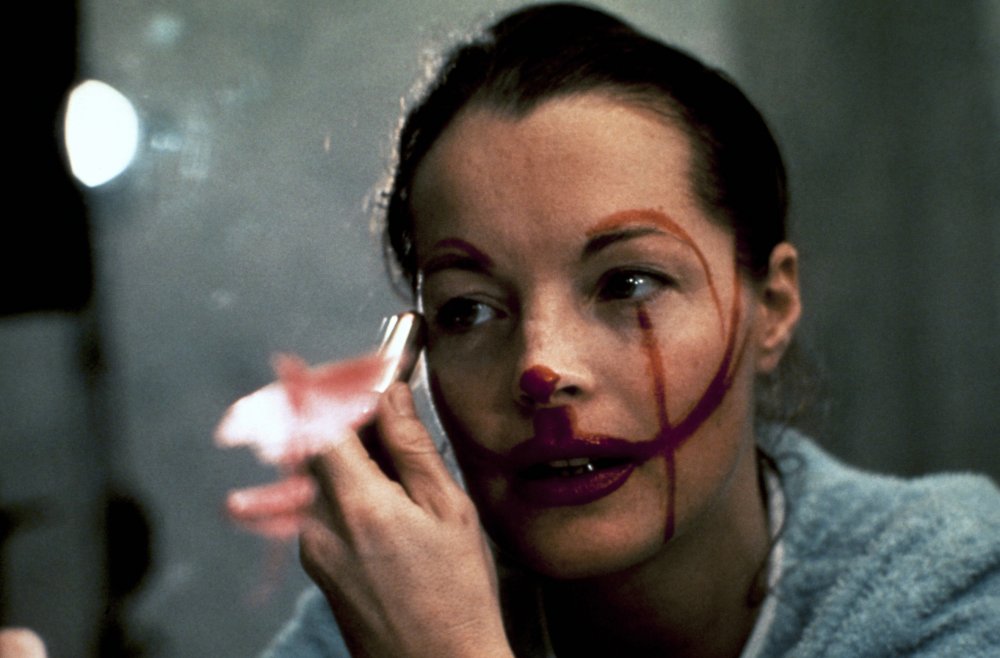 Persona non grata in his homeland, Żuławski sought refuge in Paris, and there made L’Important c’est d’aimer (1974). An intense love story between a desperate photographer and a struggling actress, the film was later denigrated by its director as ‘bourgeois’, but it was a box-office hit and won its star Romy Schneider a Cesar (the French Oscar). To this day, Schneider’s searing performance is a regarded with awe by many French actresses.

During a brief period of cultural openness in Poland, Żuławski returned to make a science fiction epic, On the Silver Globe, an adaptation of a trilogy of books written by his great-uncle, in 1977. But before shooting was completed, production was shut down for complex reasons, and Żuławski returned to France (miraculously, the negative film survived and he would assemble a version for release in 1988. What has survived is, frankly, mind-blowing.) 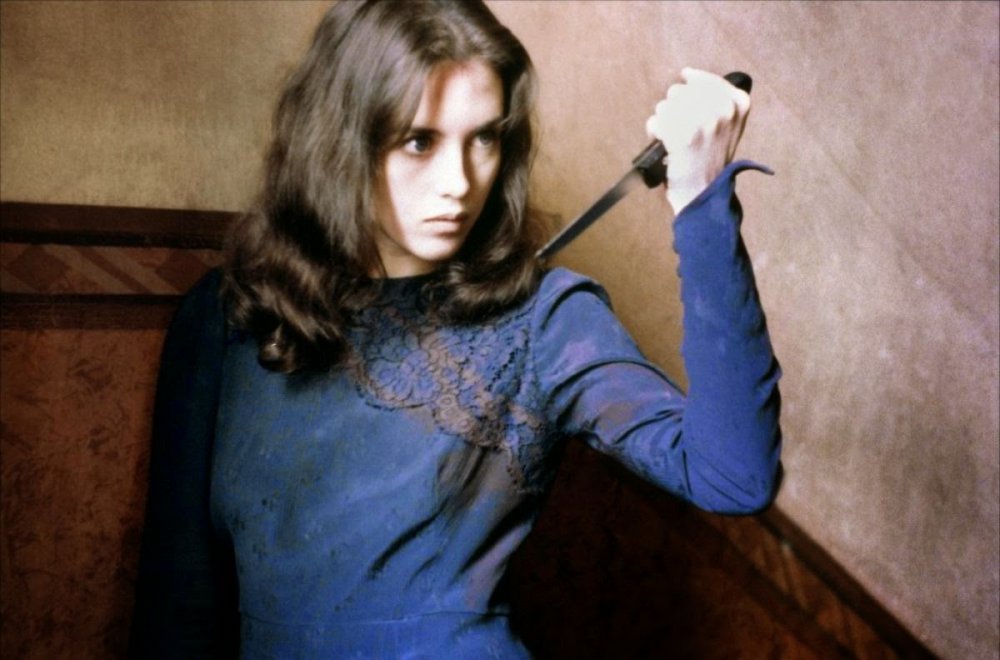 In 1980 Isabelle Adjani won an award at Cannes for Possession, but not before having been so shocked by her viewing of the film to the point of attempting suicide. Żuławski’s method of working with actors had evolved out of watching the experimental theatre work of Jerzy Grotowski, as well as trips he made to Haiti to witness voodoo rites. He would admit to putting his cast – especially actresses, who he believed needed to be liberated from themselves – under trances to prepare them for their scenes. After Schneider, Adjani and Valérie Kaprisky in La Femme publique (1984), Żuławski’s main muse was the young Sophie Marceau, with whom he lived for 15 years and made four films – L’Amour braque (1985), Mes Nuits sonts plus belles que vos jours (1989), Note bleue (1991) and La Fidélité (2000). 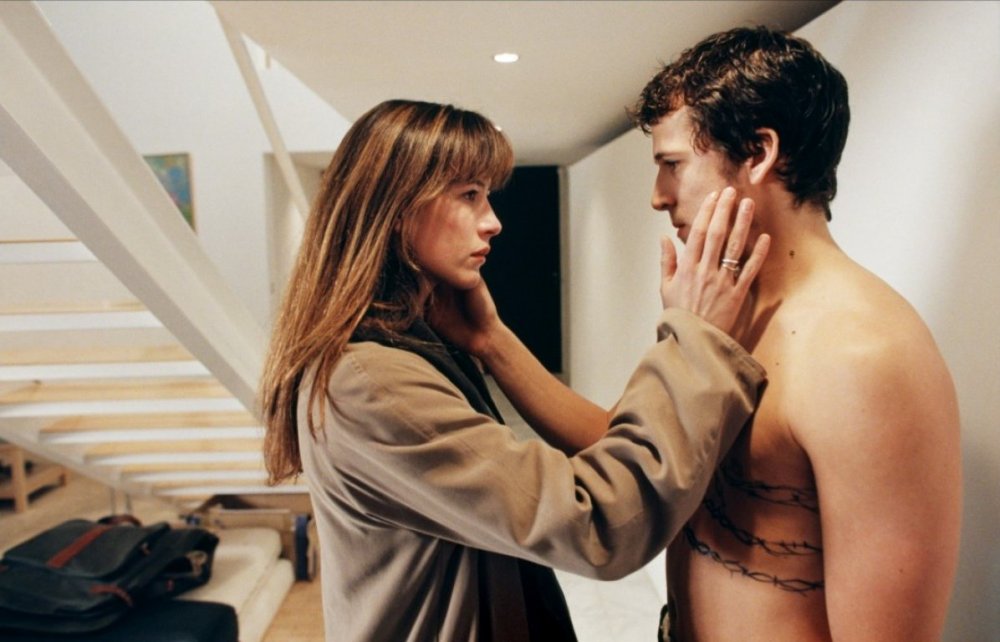 After separating from Marceau, Żuławski threw himself into his other career as a writer, producing books that were often ambiguous melanges of fiction and autobiography, and which landed him in trouble with some of his ‘creations’. For a man steeped in literature (especially Dostoyevsky and Conrad), Żuławski’s return to the cinema with an adaptation of Gombrowicz was wholly appropriate – it’s a novel that is erotic, absurd and philosophical, by a Polish writer who also felt himself to be an outsider. True to form, the film has split opinion, but it boasts the same intensity and force as those which preceded it – the work of a remarkable free spirit. 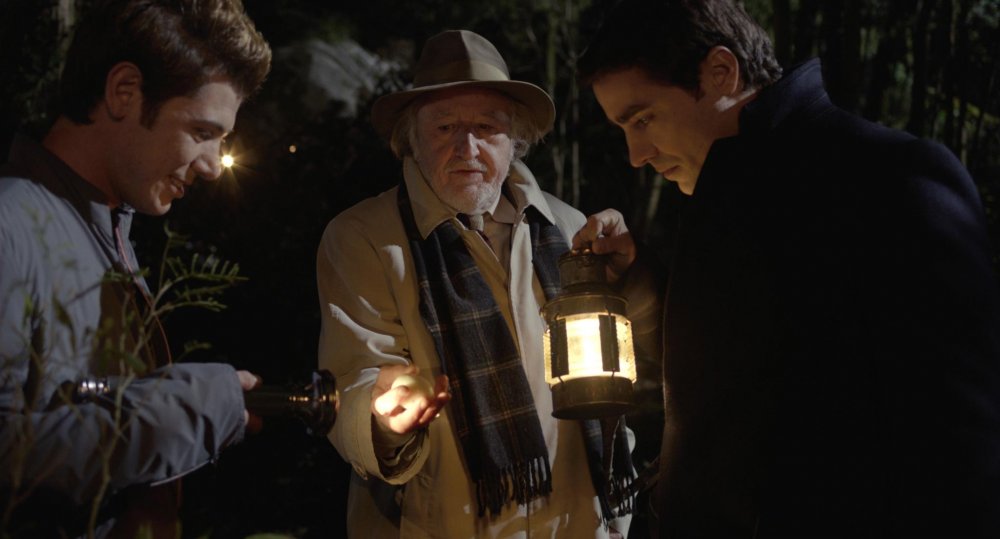