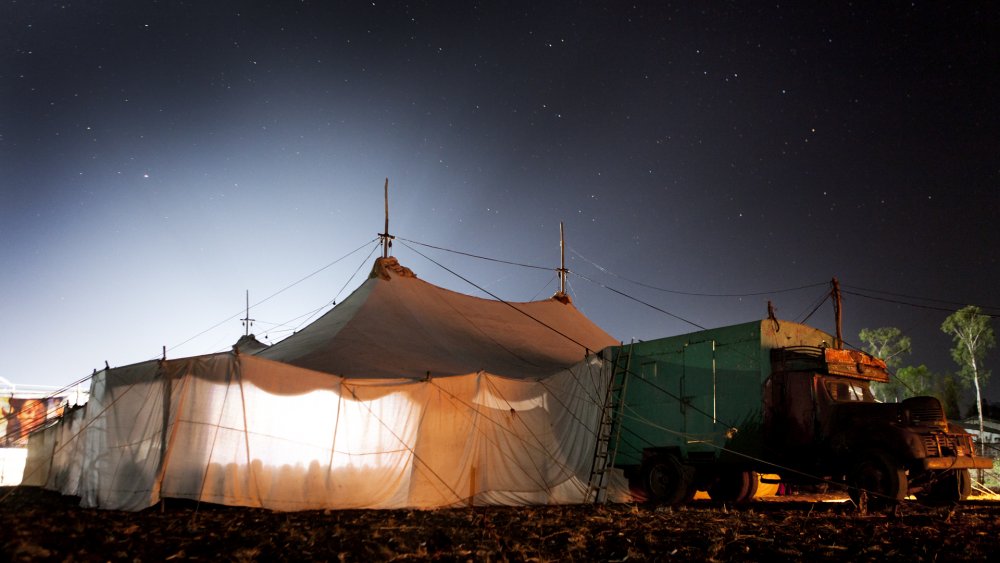 For over 70 years, the ‘travelling talkies’ of India’s Maharashtra region have been touring from village to village bestowing the gift of cinema on the people. “Once, audiences dreamt of the moving talkies all year,” beams Bapu, the owner of a rusted old van with a celluloid tie holding the door closed and a projector mounted in the back. “They thought of us as a wish fulfilled.” Shirley Abraham and Amit Madheshiya’s heartfelt documentary The Cinema Travellers acts as both paean and elegy for this declining but inherently charming mode of exhibition.

The film was inspired by Madheshiya’s award-winning photographs from 2010 that captured moments of joy, despair, and wonderment as villagers gazed transfixed at the big screen. At one time, there were thousands of nomadic cinemas wending their way around the Indian countryside and bringing the magic of the movies to those that would otherwise never experience it; today, there are fewer than 40. The aforementioned Bapu’s Akshay Touring Pictures is one of two companies, along with Sumedh Touring Pictures run by the enterprising Mohamed, that Abraham and Madheshiya follow at close quarters, observing the daily trials of keeping such a show on the road.

The filmmakers do not appear to be crafting a narrative; they flit back and forth between the two shows taking in the clamour for refunds after a projector failure at a local fair, or a heavy reel canister being rushed through the crowds for a delayed performance. For every packed screening of a classic movie, there is a nearly empty one. In one sequence, the filmmakers overlay a stream of households glued to their televisions while a forlorn call to the box office floats over their sleepy village from Bapu’s PA system. This may be a specifically Indian story, but the parallels between the demise of the travelling talkies and the wider cinematic experience are self-evident. Madheshiyan’s photographs are deftly woven into the film to emphasise the silver screen’s enduring appeal and he also captures some incredibly beautiful time-lapse images of the colours from the screen glowing through the enormous white tents that serve as auditoria. 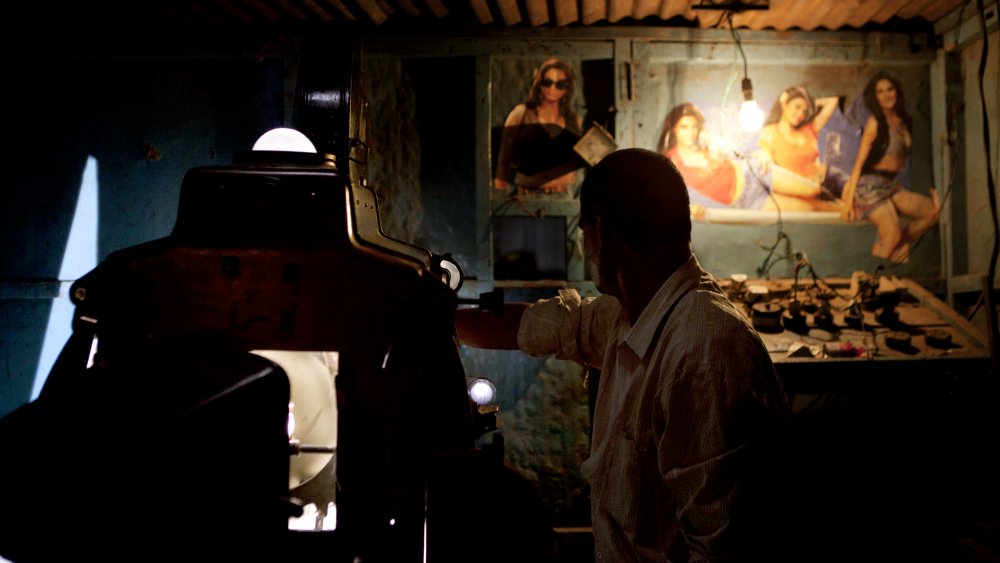 It is in the efforts of Mohamed and Bapu to stave off the end of their epoch that a narrative arc begins to coalesce and the presence of a third subject – the elderly and nostalgic projector technician Prakash – and indeed the filmmakers’ own concluding message come into focus. As both cinema owners invest in new digital projectors, Prakash’s workshop, filled with discarded old celluloid projectors, serves as a mausoleum. He shows off his pride and joy, a revolutionary new ‘oil bath’ projector that he has lovingly designed but ultimately knows will never be used. Madheshiyan’s camera reverently pans over piles of dusty machines as their wistful custodian laments a future in which people’s “eyes will not see film.”

As misty-eyed as he is when in his workshop, Prakash also delights in displaying a new farming innovation he’s designed using the skills learned in 45 years of fixing projectors. He is sad for what is gone, but optimistic about what lies ahead and the same is equally true when the high-definition picture flares to life in Mohamed’s tent: “I’m as happy as a man on his wedding day.” Abraham and Madheshiyan are not just interested in mourning the end of an era, but recording it for posterity while keeping one hopeful eye on an exciting new future.