The British artist filmmaker talks us through his London Film Festival highlights. 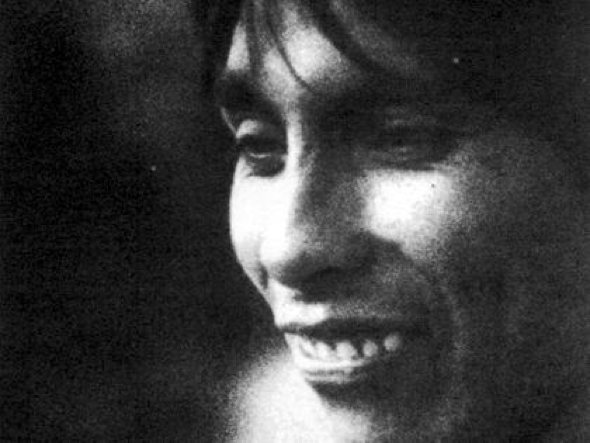 Ben Rivers’ brilliant first feature Two Years at Sea has been one of the most warmly received films at this year’s LFF, completely selling out NFT1. And in an inspired pairing, his new short Sack Barrow also screened in the festival alongside two of the San Francisco film artist Nathaniel Dorsky’s latest reveries.

S&S invited the former Brighton Cinematheque programmer to share his thoughts on his festival viewing. And so on Sunday of the festival’s final weekend, Rivers and I emerged from the Chick Strand programme blinking into the Southbank’s unexpected sunlight to munch on a burger and watch kids apple-bobbing while he mused on his following highlights.

“This was my pick of the festival even before it began. I’ve seen some of her work before, including a few in this programme.

“The one about the missionaries, Mosori Monika, was really great – I liked the way Strand was gently criticising them, but in a nice way, not in a full-blown, dogmatic, look-what-these-people-have-done kind of way. She looked at the situation from both sides.

“She seems like a very loving, warm filmmaker, and completely unashamed about that. I think that’s what I admire about her; her films are so intimate. And they way she shoots is so close – in Artificial Paradise, there are no establishing shots, it’s just straight in there, the skin and the warmth, the body. It’s very beautiful.

“And I loved the sound work in Kristallnacht. The way she collages sound is incredible. It’s what I aim to do, but she pulls off those shifts so beautifully. The image hardly changes, but the subtle shifts in the soundscape completely change what you’re looking at. It’s fantastic.

“As a programme it completely lived up to my expectations. She was linked to Bruce Baillie: they both used to go down to Mexico, and were very much catalysts for each other. They started up Canyon Cinema together. Baillie made some amazing films down there – Valentin de las Sierras is amazing. It’s similar in some ways to what Strand does; he’s basically filming a community, with a long, macro telephoto lens so you can get in close but from a distance, which creates this non-stop movement in the camera.”

The Lord Worked Wonders in Me
+ Untitled (Letter for Serra) 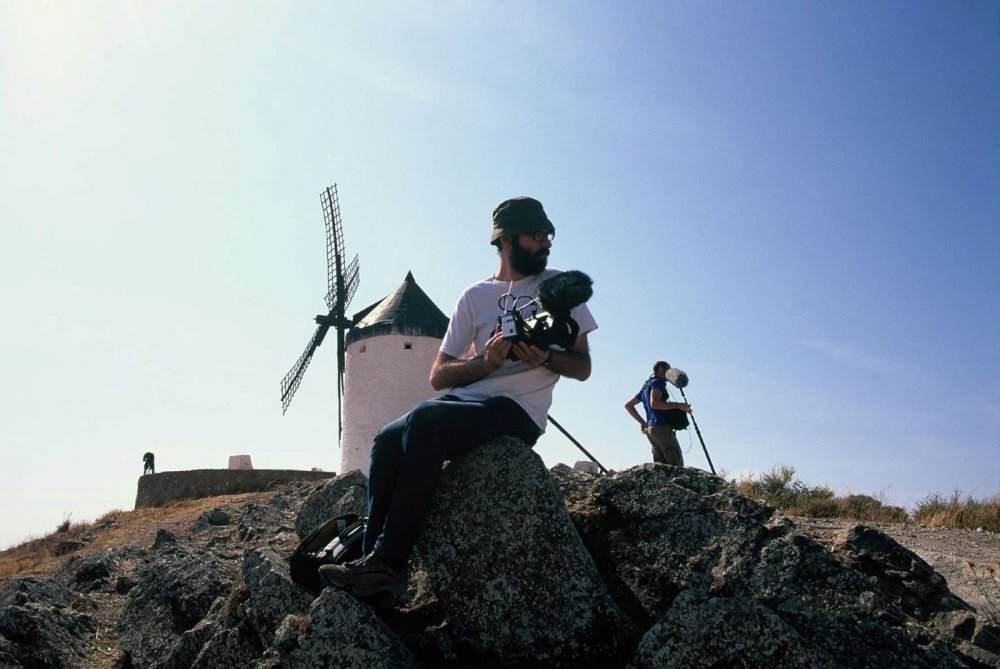 The Lord Worked Wonders in Me

“Not many people went to see this, and there were even fewer at the end. The Q&A was fun: six or seven of us went to a back room in the ICA.

“The Alonso (Untitled (Letter for Serra)) seemed like a perfect nugget. It’s what he does really well, playing with these real, non-actor characters who are just doing things that they probably ordinarily do, but also placing on them this much older history. And then there was this distancing thing with the guy reading the text, and telling the others to follow him down this ominous dark path, and who knows where that’s leading. It felt pretty perfect; I really loved it.

“Albert’s film afterwards struggled to keep pace with that. I enjoyed it and thought it was quite funny; I laughed quite a lot and could see what he was getting at.

“I liked the idea that he just wants to let the camera roll, and film these people with whom he’s spent so much time with – and who he’s controlling most of the time, however much he says he isn’t. There’s an apparent absence of control, but there can be control in that, which is what I do too. You set up a situation where you also allow people to do their own thing, so there’s a chance things can happen. But it’s still a decision to do that.

“This film was an opportunity to let the camera roll and see them do their thing, but it outstays its welcome. It goes from funny to frustrating, and not in a constructive way. I was glad I stayed till the end, though: there’s a part-payoff. The ending is lovely: the song, the road, the continuation of their travels.

“It could be that digital cameras make you a bit more self-indulgent. I like it about film that you have these definite limits to work within. But a ten-minute shot can be indulgent too.

“Indulgence makes me think of eating cakes – it can be a good thing. Serra’s other films have these really long shots, but they make a lot of sense, whereas in this film the long takes didn’t all make sense. When do you turn the camera on, when do you turn it off? There was a really good long take where Sanchini and Quixote are sitting at the end of a corridor in a hotel. A lot happened in that; I don’t know how long it went on for, but it seemed a long time.

“There’s this dialogue Quixote has with Sanchini about loving him and wanting to marry him, but then he keeps going off to the toilet too much. Those things sometimes suffer when you have another ten minute take beforehand, which has killed your enthusiasm a bit. I still think he’s a great, fascinating filmmaker, though.” 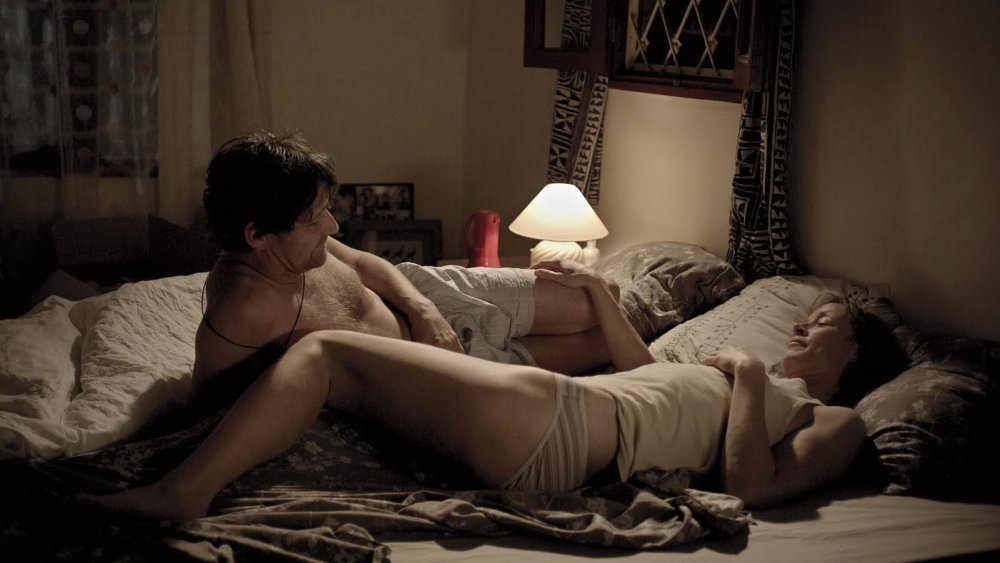 “This was one of the highlights of the festival. I came out of it with my girlfriend and we were going, “Wow, that was really great.”

“I think that’s partly to do with having seen the Chantal Akerman film [Almayer’s Folly] a couple of days before, which felt a bit stodgy. I’m a big Akerman fan, but there’s something not working in that film at all. It’s also this colonial, washed-up outpost, washed-up person, stranger-in-a-strange land kind of thing, but it’s very hard to buy the characters, to believe in them, even though it’s so beautiful and amazingly done.

“Whereas with Sleeping Sickness, I really believed in those characters, and liked the way he was playing with the tricky politics and moral questions of what it means to work in aid in a third-world country. He was leaving almost as much space as he possibly could in between spoken lines, in between any kind of exposition: there was so much ambiguity about what was going on.

“I really appreciated the amount he pushed that ambiguity, allowing the politics to be read from so many different angles. And it was very beautifully constructed, beautifully shot and edited, with lots of dark passages.” 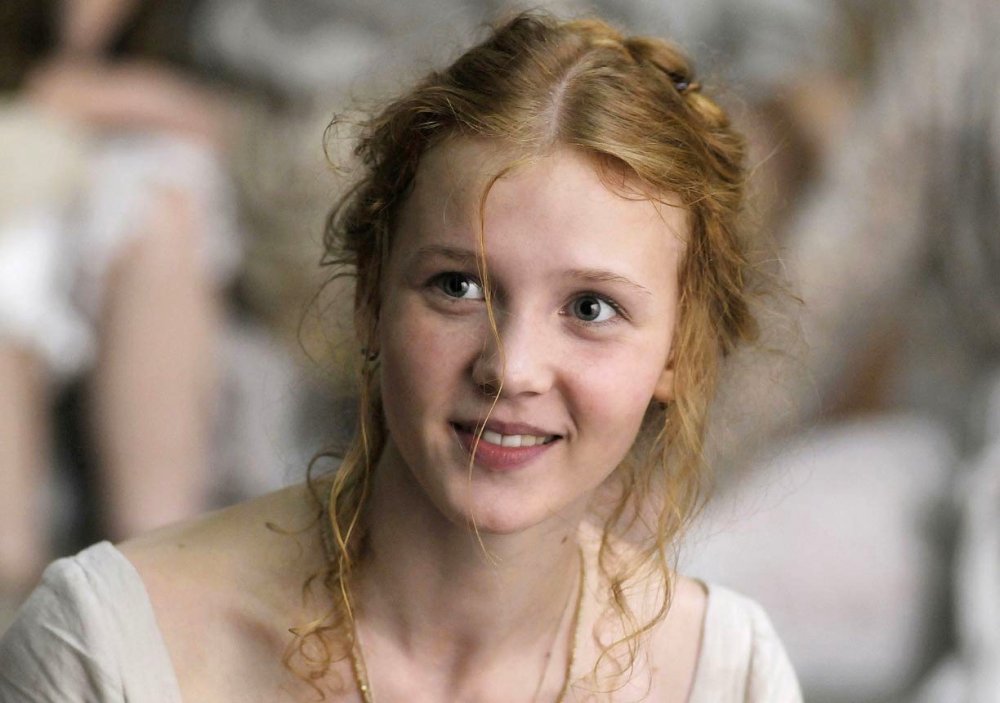 “I loved it. It’s completely stuck in my mind. Actually, while I was watching it I was thinking, “this is way too talky for Sokurov.” I was expecting loads of space, but he went in the opposite direction, and after a while I just had to go with it.

“I really like a lot of his films, although I’ve not seen any of his documentaries. Days of Eclipse is probably my favourite; Mother and Son is great. And all the ones in this series too; Taurus is fantastic. And what a great decision to put Faust at the end of the series. It was so dense, I need to see it again.

“I was surprised at how fast cut it was – shots weren’t held for as long as I thought they’d be. It was hard to keep up with the dialogue, the noise and the changes of image. The scene in the baths with all the women, when the devil gets naked and they’re laughing at his cock, is really brilliant. I think it’s a film to watch more than once, but then most things you should watch more than once.” 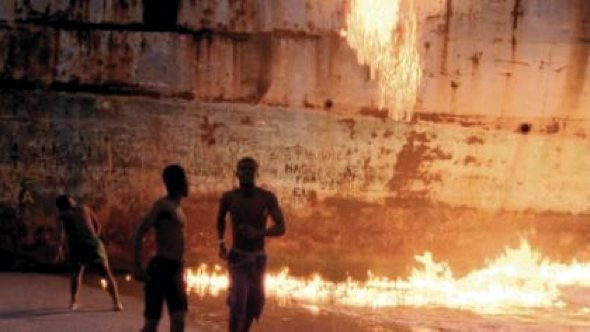 “I’m a big fan of Gabriel’s. He’s a pal. We met a couple of years ago at IndieLisboa, where i gave him a prize for A History of Mutual Respect, so then he had to become a friend, he had no choice.

“That film is brilliant, perfect. It’s a very confident piece of work for a 26-year-old. But it should be ‘Gabriel Abrantes and collaborators’, because all his films are made with other people. Daniel Schmidt seems pretty key to what he’s doing at the moment.

“The films are full of ideas, they’re quite precocious, and – a word he likes to use – aggressive. Aggressively trying things out, they do try out loads of different ideas. Palaces of Pity is not as neat and compact as A History of Mutual Respect. It’s sprawling, and that could be a criticism; maybe he’s trying to do too much with it. For me, though, it’s not a criticism. I think it’s great they did it, and it’s great to put all these things together – a dream of the grandmother set in medieval times, which somehow talks about Portugal’s history and guilt, which is then being passed on to these teenage girls who just want to party.

“The ambition and scope is astonishing. They’re making films really cheaply, but they look amazing. They managed to persuade the army to lend them a helicopter to do helicopter shots. They’re enterprising and inventive, and for me that’s what cinema is about. Gabriel is very smart. When I saw his work, as a slightly older filmmaker, my initial impression was jealousy, and that’s good. I really wanted to know this guy; it’s really exciting what he’s doing and I can’t wait to see what they all do together in the future.”