Geoff Andrew is tested – and rewarded – by new films from Cristi Puiu and Mike Leigh. 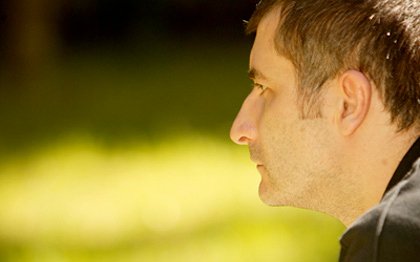 Making predictions about films in Cannes is famously a fool’s game, but this year at least the hopes pinned by many on Cristi Puiu’s Aurora proved realistic. In many ways the film (the second of Puiu’s projected series of Six Stories from the Outskirts of Bucharest) is even bolder than his 2005 Cannes breakthrough The Death of Mr Lazarescu: its extremely elliptical, ambiguous narrative (about a weary divorcee and father-of-two on the brink of unleashing his frustrations on the world) runs for three hours and, even after offering some explanatory details at the end, leaves numerous questions unanswered.

And if it’s more testing than its predecessor, it also represents a significant step forwards in terms of overall assurance. That’s especially true in terms of Puiu’s decision to play the lead himself: though much of the movie is essentially wordless, his performance is marvellously expressive, making us wonder how sane this (in many ways) perfectly ‘ordinary’ man actually is. Only when he renews the firing pins on his hunting gun and takes aim at a bedcover in his apartment do we begin to grasp the depths of his inner disturbance; but even then Puiu opts not for suspense but for something more true to life. And the strategy pays off, brilliantly.

Just as the first half of Aurora is occasionally a little mystifying, so Mike Leigh’s Another Year takes a while to really take off – but when it does, it soars. Charting the fortunes of a happily married couple, their friends and family over four seasons, the movie is arguably at its least persuasive in some early scenes of light-hearted banter; whether it’s down to the dialogue or the performances, it sometimes feels just a little off-kilter. But then any such misgivings are banished by some encounters at a funeral and its aftermath that are as lacerating, compassionate and spot-on authentic as anything Leigh has done, and thereafter the film never puts a foot wrong. It’s a terribly honest film about loneliness, pain, anger and ageing, but not a wholly despairing one; once again, too, the cast (Ruth Sheen, Jim Broadbent, Lesley Manville, Peter Wight, David Bradley et al) rightly does Leigh proud.

Related to Slow lift-off: Aurora and Another Year – first look