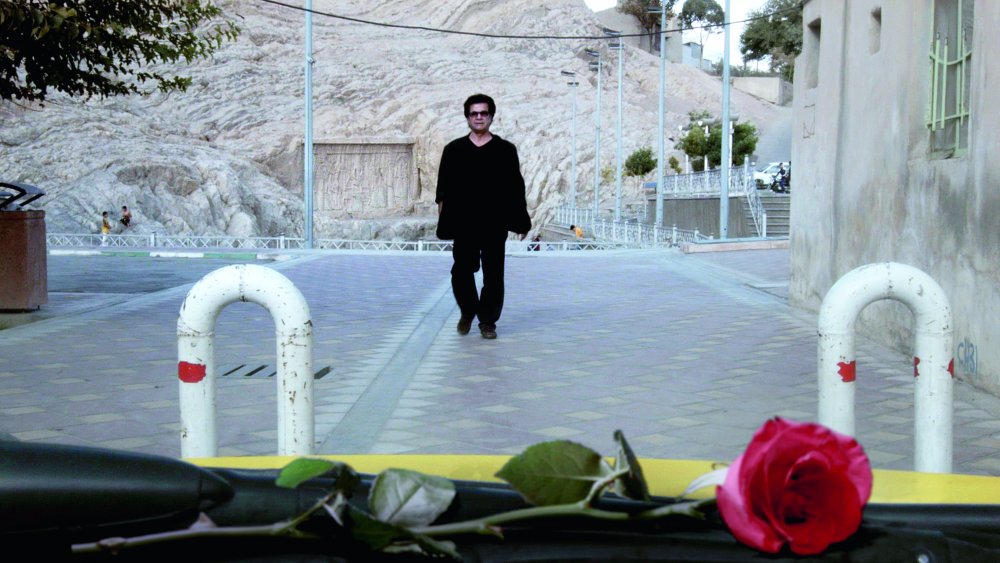 Having left Berlin on Wednesday before the whips were out for 50 Shades of Grey meant that I missed a handful of competition films. Happily it seems I didn’t miss much. Of the 23 films I did see, only two were of the intangibly high quality worthy of the Golden Bear (you know it when you see it). That the first, Jafar Panahi’s droll Taxi – the most winning Iranian film for years – won is gratifying; that the second, Chilean Pablo Larraín’s much grittier and more powerful political drama El Club, won the Grand Jury prize shows that this year the Berlinale had a truly reliable jury.

Patricio Guzmán’s sly meditation on genocide and the stars The Pearl Button (see it to make sense of that) is also worthy of its screenplay prize, and I wouldn’t argue, either, with the acting prizes going to Charlotte Rampling and Tom Courtenay, both of whom light up Andrew Haigh’s estimable 45 Years. I’ve written about all of these mentioned here.

I had however missed Jayro Bustamente’s Silver Bear Alfred Bauer prize-winner Ixcanul (Volcano), about the struggles of Mayan coffee growers – a film of which all subsequent reports were glowing – having instead chosen to see Jem Cohen’s enjoyably ruminative travelogue diary piece Counting. (Cohen’s images of snatched city moments from across the globe, shot and framed with swift exactitude, had me wondering, mostly, what kit he uses.)

Such screening clashes are inevitable at any crammed festival (and they are all too crammed these days). My only other miss was Body, for which Malgorzata Szumowska shared the Best Director prize. 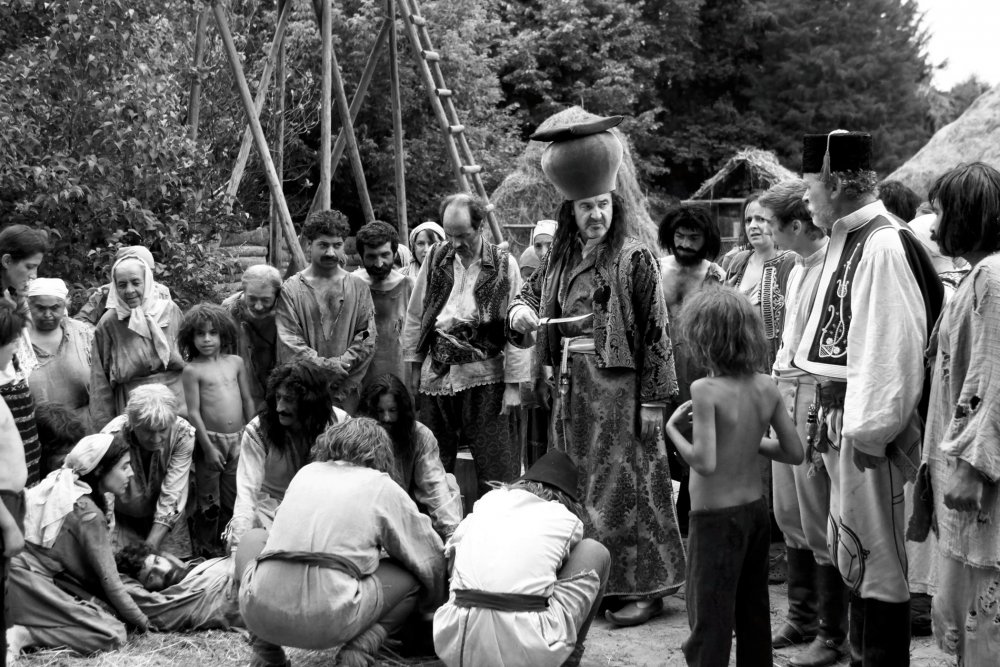 Radu Jude was the other Best Director for his extraordinary Romanian quasi-historical-drama-cum-western Aferim!, a genuine delight. The title is a Romanian ironic borrowing of the Ottoman Turkish expression that means ‘Bravo!’. (The film’s English subtitles seemed to suggest it was a derogatory term for gypsies derived from Pharoah.)

In early 19th-century Wallachia, all gypsies are as enslaved as African Americans were in the US. Constandin (Teodor Corban), a clumsy old buffer of a constable, has been given a mission by a local powerful boyar to track down a gypsy runaway who’s accused of raping the boyar’s wife. Constandin’s scrawny son, a trainee in the policing trade, is along for the ride and is the one required to wield his flintlock and sabre first should anything go awry.

So intricately textured, well observed and meticulously researched are the incidents these two encounter – with priests, rival police, intimidated peasantry, terrified gypsies and more – on their perhaps Quixotic quest that the film seems to combine the best pleasures of historical romp, road movie and western. BBC drama commissioners would do well to look at how this black-and-white film handles its period before their next endeavour. Everything is authentic in feel and look but it’s never presented as chocolate-box spectacle. The film simply says: this is how it was. Combined with that comfortable ease of period, however, is a rich plundering of the language and prejudices of its time that makes you gasp and laugh despite yourself. As you can probably tell, Aferim! has really grown in my mind and I hope it finds a UK distributor.

Peter Greenaway’s Eisenstein in Guanajuato had its own sense of drive and outrage. The veteran director does seem to have regained some of his old showman’s sparkle from the days of The Cook, The Thief, His Wife and Her Lover. And yet it’s arguable that Eisenstein is the least Greenaway-like film he has yet made, in that it’s primarily a kind of psychosexual portrait of one individual’s artistic crisis that is at times reminiscent of such Ken Russell extravaganzas as The Music Lovers and Savage Messiah. Of course, formally it’s rather different.

The great Soviet film director and explorer of montage Sergei Eisenstein arrives in Mexico partly to escape the lethal atmosphere for artists in Moscow at the time, and over the next few months gets himself deflowered homosexually and finds his imagination liberated while his team do most of the filming for what would become Que Viva Mexico!. Greenaway centres both the sex act and much of the artistic angst in one huge rectangular hotel room with a glass floor in which the white-suited Eisenstein romps choreographically while explicating his life’s complex dilemmas with the odd splitscreen image of the real man or person referred to. (There’s one enjoyably redundant scene where he’s thinking of famous people, each illustrated in a panel with a photo, and you realise that any famous name from the time would do). Infuriating as Greenaway’s films are in their desire to pummel points home, Eisenstein in Guanajuato was thrilling in its sense of pedagogical adventure.

French cinema had little to offer at Berlin, just the sulky flatness of Benoit Jacquot’s too ordinary version of the much-filmed tale Journal d’une femme de chambre and the curio that is Rabah Ameur-Zaimeche’s Histoire de Judas, which starts out promising a Pasolini-like faithfulness to New Testament time and place for an apochryphal revision of the 12th disciple’s fate but ends up scrabbling about in the tropes of French theatre.

Two films with Queen in the title flattered to deceive. If you want to watch Alex Ross Perry’s so-called psychological thriller Queen of Earth, you’ll see Mad Men’s Elisabeth Moss looking more and more bug-eyed as she loses all sense of what’s happening to her and her friends seem to get meaner and meaner to her, even best buddy Katherine Waterstone, who nonetheless over and over again pouts and wrinkles her brow beautifully with concern. Bug-eyes, pout; bug-eyes, pout. I know I’m supposed to get some deep secret here amongst all the thin dissociation but I lost all interest.

Queen of the Desert

The other Queen is, of course, Werner Herzog’s Queen of the Desert, about which you may have heard only dismissive things. I say, yes, this biopic of English archeologist, linguist and explorer Gertrude Bell is somewhat dashed off, and doesn’t look great, but if you’re in a forgiving mood it’s a lot of fun, because the dialogue is full of Herzogian banter.

Every Thing Will Be Fine

While we’re on the subject of 1970s New German Cinema directors and their underappreciated films, how about Wim Wenders’s Every Thing Will Be Fine? It is undoubtedly a ploddingly slow cinema tribute to Douglas Sirk, shot in 3D, with the inevitable James Franco made to look more and more like Rock Hudson with each passing hour and a cardboard cutout everytime the background is blurred out (a 3D problem), but it’s watchable in a way that, say, Wenders’s Palermo Shooting is not.

It concerns a writer (Franco) who has an unfortunate car accident in the snow that kills a small boy, and how that turns upside down his life as well as those of the boy’s mother (Charlotte Gainsbourg) and brother (Robert Naylor when a teenager). I really felt that if Wenders had sped up the camera movements a little and cut more sharply (okay, and maybe recast one of the secondary roles) he could have had something to match Todd Haynes’s Far from Heaven.

Correction (15 January): this post originally referred to Werner Herzog’s new film as Queen of Hearts. This has been amended.