In the age of widescreen 1.85:1 televisions, letterboxed ’Scope can look as strange as the severity of Academy Ratio, and what was once an illusion of reality has become a vision of artificiality.

Near the beginning of Nunnally Johnson’s The Man in the Gray Flannel Suit (1956), we see middle-class businessman Tom Rath (Gregory Peck) talking to his wife Betsy (Jennifer Jones) in the kitchen of their suburban house. Johnson’s theme is explicitly the ways in which this marriage has come to be defined by financial pressures.

During the scene in question, Tom informs Betsy that the money they had hoped to realise from a deceased grandmother’s estate will be less than expected. For much of their conversation, Peck and Jones are positioned on opposite sides of the screen – and since this film was made in the then relatively new CinemaScope process, a great deal of space is visible between the two actors. The director’s point is not exactly obscure: he is using this composition to stress the couple’s alienation.

All well and good. But the result feels oddly abstract (an effect accentuated by dialogue suggesting the Raths’ house is cramped), even parodic, an example of that self-conscious rhetoric satirised in Susan Stroman’s The Producers (2005) when Leo Bloom (Matthew Broderick) moves away from the flirtatious Ulla (Uma Thurman), who responds by asking “Why Bloom go so far camera right?”

We might compare this shot from The Man in the Gray Flannel Suit with one that appears towards the end of Elaine May’s Mikey and Nicky (filmed 1973, released 1976). Mike (Peter Falk) has returned home in the early hours of the morning, after a busy night spent betraying his best friend Nick (John Cassavates) to the Mob, and discovered that his wife Annie (Rose Arrick) is still awake. During the ensuing conversation, it becomes apparent that Mike’s relationship with Annie is far less intimate than his friendship with Nick.

As in The Man in the Gray Flannel Suit, May conveys the couple’s alienation by positioning her actors at opposite ends of the frame. Yet the effect here is more natural, less reliant upon our cognisance that the director is didactically proposing an ‘idea’. Certainly nobody would find it inadvertently amusing, a response Johnson’s image invites. In part, this may be a result of May’s superior filmmaking skills. But it also, I think, has something to do with the fact that Mikey and Nicky was made in the narrower 1.85:1 ratio. 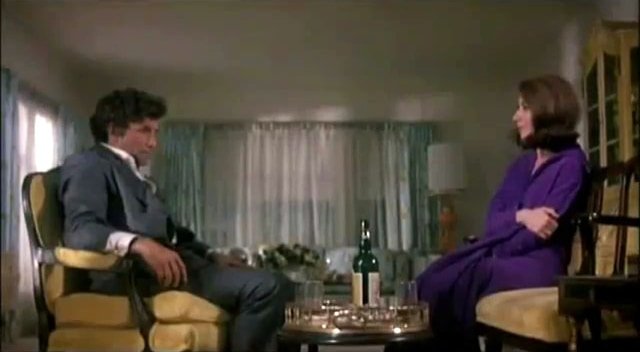 Peter Falk versus Rose Arrick in Mikey and Nicky

In his seminal Film Quarterly article CinemaScope: Before and After (1963), Charles Barr argues that CinemaScope and its various derivatives helped bring cinema closer to a Bazinian sense of reality. According to Barr, the 2.35:1 ratio allowed the viewer more freedom than the square 1.33:1 frame, encouraging her to pick out significant details from the visual field rather than have such choices made for her by the director via close-ups. In the context of an era when ’Scope productions used long takes and were projected on larger-than-normal screens, Barr’s emphasis was undoubtedly correct.

But my own introduction to widescreen cinematography occurred in a quite different context. As a cinephile whose cinematic education was largely conducted via the small screen, I grew accustomed to watching ’Scope films that had been panned-and-scanned. The results were, of course, extremely bizarre, and I came to see the 2.35:1 ratio as a problem awaiting a solution. This solution turned out to be letterboxing, a process which resulted in the widescreen frame – with its promise of more information, greater spectacle, a bigger screen – being reduced in size, viewed on a narrow strip (with black bands at top and bottom) across an already-small TV monitor.

Today, most of us own widescreen televisions. But these display what is essentially the 1.85:1 ratio, which emerged in the mid-50s as a less extreme alternative to ’Scope. Genuine widescreen films still require letterboxing if their compositions are not to be compromised. And, ironically, 1.33:1 films must now be letterboxed as well, with black bands stretching vertically rather than horizontally (the usual term for this is pillarboxing). It is unsurprising that the narrower ratio currently connotes minimalism (modern 1.33:1 features, such as Paul Schrader’s First Reformed, rely upon this). What seems slightly incongruous is that 2.35:1 films retain their sense of expansiveness when seen on television, even though they should logically feel more constricted than 1.85:1 films, which fill our home screens. 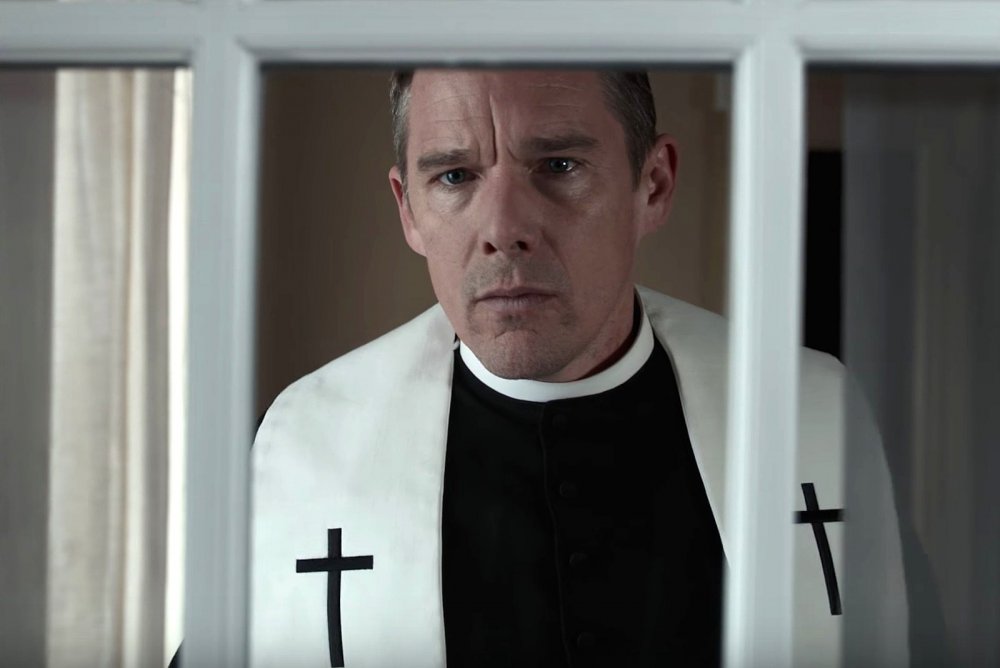 The survival of what is, for all intents and purposes, CinemaScope is surely a phenomenon worth noting, particularly since this ratio is now used not only for theatrical features, but also for Netflix productions such as Alfonso Cuarón’s Roma (2018), which at least received some theatrical exposure, and even television series such as Fleabag, which will never be shown in cinemas.

Perhaps ’Scope still flourishes because its virtues were different from those previously assumed, being linked to our tendency – exacerbated but hardly created by the migration of 2.35:1 from big screen to small – to perceive widescreen imagery not as closer to our experience of reality, but rather as closer to our experience of artificiality. Invented for the specific purpose of replacing a previous norm, CinemaScope is an intrinsically abstract format, one that, by making us more rather than less aware of how space is being used, returned cinema to its roots in the theatre. Indeed, several 1950s musicals based on Broadway shows, such as Vincente Minnelli’s Brigadoon (1954) and Kismet (1955), clearly modelled their widescreen compositions on the original stage choreography, even making this a selling point: “In CinemaScope it’s like seeing it from a front row seat!” boasts Brigadoon’s trailer.

The 2.35:1 ratio tends to attract directors who favour spectacle (since spectacle is inherently artificial), but also auteurs such as Otto Preminger, Douglas Sirk, Robert Altman, Sergio Leone and Blake Edwards, who want viewers to be consciously aware of their mise-en-scène practices (it can hardly be coincidental that auteurist critics were among the earliest defenders of CinemaScope). It holds far less appeal for filmmakers who intend their stylistics to be perceived as natural occurrences: Howard Hawks (obliged to use CinemaScope for the atypical Land of the Pharaohs), John Cassavetes, Jean Renoir, Roberto Rossellini and Ken Loach.

Louise Osmond’s Versus: The Life and Films of Ken Loach (2016) marks the point at which technology trumps aesthetics, for the decision to make this documentary in widescreen obliged Osmond to crop clips from Loach’s films so that they would fit her chosen ratio. In an ironic reversal of how ’Scope films used to be treated on television, even scenes from 1.33:1 TV productions such as Cathy Come Home (1966) were reframed at 2.35:1, blatantly overruling Loach’s creative choices.

A cropped frame of Cathy Come Home in Versus: The Life and Films of Ken Loach

This has the intriguing effect of removing Versus from the category of traditional documentary to which it superficially belongs, bringing it into the orbit of such found-footage experimental works as Ken Jacobs’s Tom, Tom, the Piper’s Son (1969) and Douglas Gordon’s 24 Hour Psycho (1996), wherein familiar texts are made to appear new and strange. Perhaps inadvertently, the result tells us a great deal not merely about Loach’s oeuvre (and those stylistic assumptions it is rooted in), but also about a screen ratio whose potential has, at least so far as film theory is concerned, yet to be fully explored: the potential to interrogate cinema’s status as an illusionist medium.