Often trivialised as a stylish 1950s film noir frivolity, Party Girl seems to have been written as an On the Waterfront-like apologia for informing – a moral which its director Nicholas Ray turned inside out… 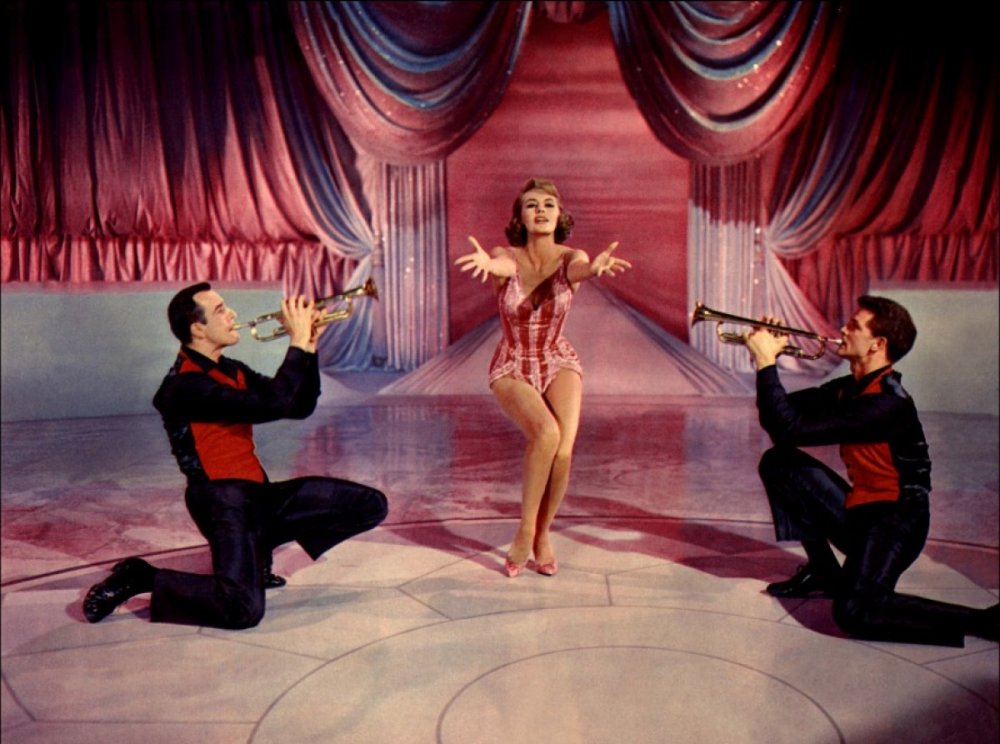 Writing about Nicholas Ray’s Party Girl (1958) in Cahiers du Cinema 107 (May 1960), Fereydoun Hoveyda notoriously claimed: “If people insist on thinking that Party Girl is rubbish, then I proclaim, ‘Long live this rubbish which so dazzles my eyes, fascinates my heart and gives me a glimpse of the kingdom of Heaven.’” Yet Hoveyda, like most of this film’s admirers, treats it as an almost abstract work, focusing on colour and composition rather than the ways in which these elements interact with an assigned screenplay. As Hoveyda says: “Party Girl has an idiotic story. So what?”

Yet it seems to me that the relationship of style to subject in Party Girl is far more complex than Hoveyda allows. Ray was the opposite of an ‘aesthetic’ director; for him, style was always a tool for interrogating the wider social world. And I would suggest that what we have here is not an empty exercise in ornate visual excess, but rather one of American cinema’s most devastating critiques of McCarthyism.

Ray’s film tells a familiar story about a crooked lawyer, Thomas Farrell (Robert Taylor), who falls in love with a showgirl, Vicki Gaye (Cyd Charisse), and attempts to separate himself from the world of organized crime represented by Mob boss Rico Angelo (Lee J. Cobb). 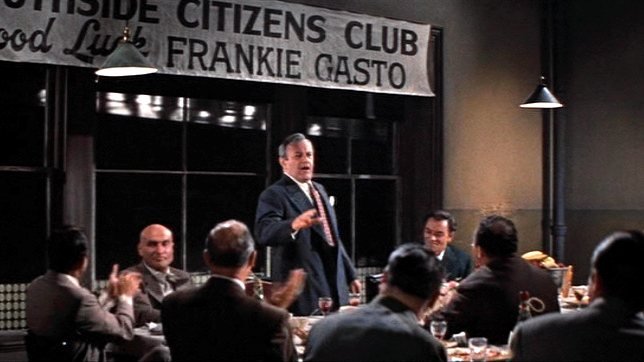 Party Girl’s links to senator McCarthy’s Communist witch hunt, whose effects were still being felt throughout Hollywood, can best be approached by considering the personal histories of the people who made it. Ray was involved with many overtly leftist organisations, and the fact that he was never asked to testify before the House Un-American Activities Committee remains largely inexplicable; some believe he was personally protected by Howard Hughes. Taylor was a prominent conservative (he helped found the right-wing Motion Picture Alliance for the Preservation of American Ideals), and though he had reservations about HUAC, he was easily persuaded to testify against Communist influence in Hollywood, becoming the first person to name names before the committee. Cobb, on the other hand, refused to testify for two years, eventually relenting and naming 20 people in 1953. Elia Kazan, who had behaved similarly, cast Cobb to play the gangster-like union boss Johnny Friendly in On the Waterfront (1954), whose screenwriter, Budd Schulberg, had also named names before HUAC.

On the Waterfront has frequently been seen as an apologia for the actions of Kazan and Schulberg. Its plot focuses on dockworker Terry Malloy (Marlon Brando), who is blacklisted after he violates the waterfront’s code of silence by testifying against Johnny Friendly before a Crime Commission. Few will miss the resemblance between the ‘villains’ played by Lee J. Cobb in On the Waterfront and Party Girl, and the two films have strikingly similar structures, with a male ‘hero’ betraying a mobster to the forces of Law. 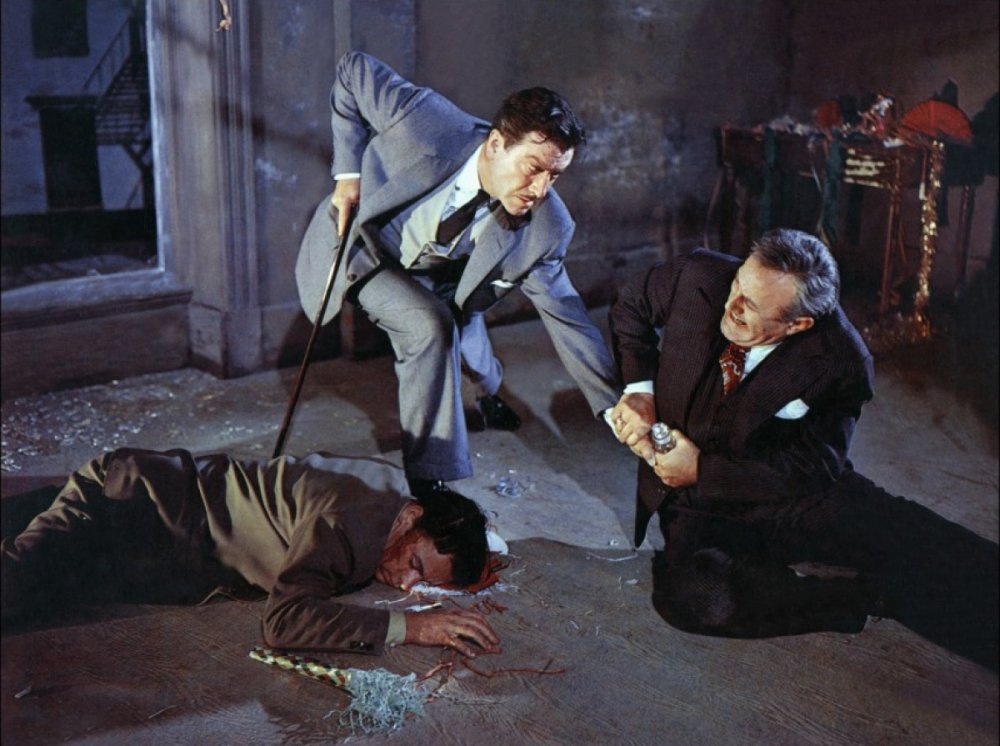 If Party Girl’s screenplay (by George Wells, based on a story by Leo Katcher) has much the same ideological bent as On the Waterfront’s, Ray’s direction systematically rejects its assumptions. Special investigator Jeffrey Stewart (played by Kent Smith, an actor who specialised in dully conventional and unimaginative characters) was surely supposed to represent the film’s moral voice, much as Karl Malden’s priest did in On the Waterfront. Yet Ray turns him into an intolerable figure, pompous and smugly self-satisfied, his insistence that he is nothing like Farrell because “I happen to be on the right side” coming across as bitterly ironic.

For one of the basic assumptions of Ray’s world is that there is no ‘right’ side. His heroes and villains are, for all intents and purposes, indistinguishable, and his later films often show two opposed characters coming to recognise how much they have in common. In Party Girl, Farrell’s relationship with Stewart is one of mutual contempt, something that follows on logically from Ray’s treatment of his protagonist; Farrell’s activities after he decides to ‘do the right thing’ and betray the Mob are identical to those which distinguished his career as a criminal lawyer.

Ray reinforces this point by having the watch Farrell used to win over a jury turn up again in the scene where he stalls for time by reminding Rico of their shared childhood experiences. Ray has clearly established that those sob stories the lawyer tells about his watch are fictions designed to seduce credulous listeners; Farrell’s claim that the watch was a present from his father which Rico returned after it had been stolen by a local bully gains much of its poignancy from our knowledge that, while this tale is undoubtedly fictional (Farrell subsequently hands the watch to Stewart, which he would hardly do if it had really been a paternal gift), it nonetheless contains an element of truth. Rico would not be swayed by Farrell’s speech if it were completely implausible, and the role imputed to him here as “King of the Kids” must, to a large extent, be genuine. 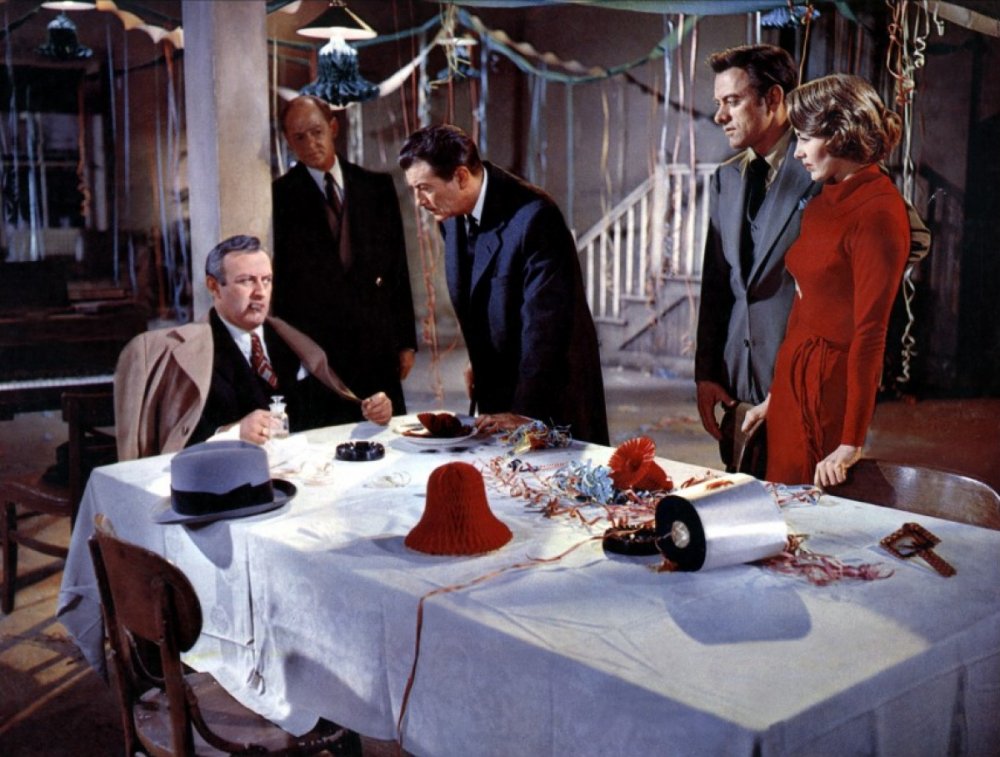 Indeed, Rico might be this film’s true hero. If his behaviour, like Cottonmouth’s in Wind Across the Everglades, is frequently reprehensible, he nonetheless has an energy and passion lacking from the romantic couple who are positioned as our primary identification figures. Whereas Farrell and Vicki are motivated by self-interest, Rico shows a touchingly sincere belief in friendship. Farrell even takes advantage of the fact that Rico greatly values their relationship: he sneers at Rico’s threats, since he knows full well how empty they are, and his climactic speech depends for its effect on his knowledge that Rico is looking for any excuse, no matter how flimsy, to accept his claims of innocence. We do not, I think, really believe Rico has any intention of using acid to disfigure Vicki, and though he dies while attempting to attack her, the way Ray stages this scene suggests Rico’s final act is deliberately suicidal; the gangster simply lifts his arm and pours the acid over his own face.

If Rico evokes those victims of McCarthy who were betrayed by their friends and comrades, then Ray’s portrayal of him as Party Girl’s most recognisably human character eloquently testifies to the carefully concealed nature of the director’s political sympathies. Perhaps this film should have been called Rico Without a Cause.

Related to Mob rules: Party Girl and the Blacklist