Vote for Froglet! and The Road to Hell: the Postgate connection

What links two highlights from our election-themed collection on BFI Player: a film about Britain’s 1931 means test and a political episode of The Clangers? It’s a family affair… 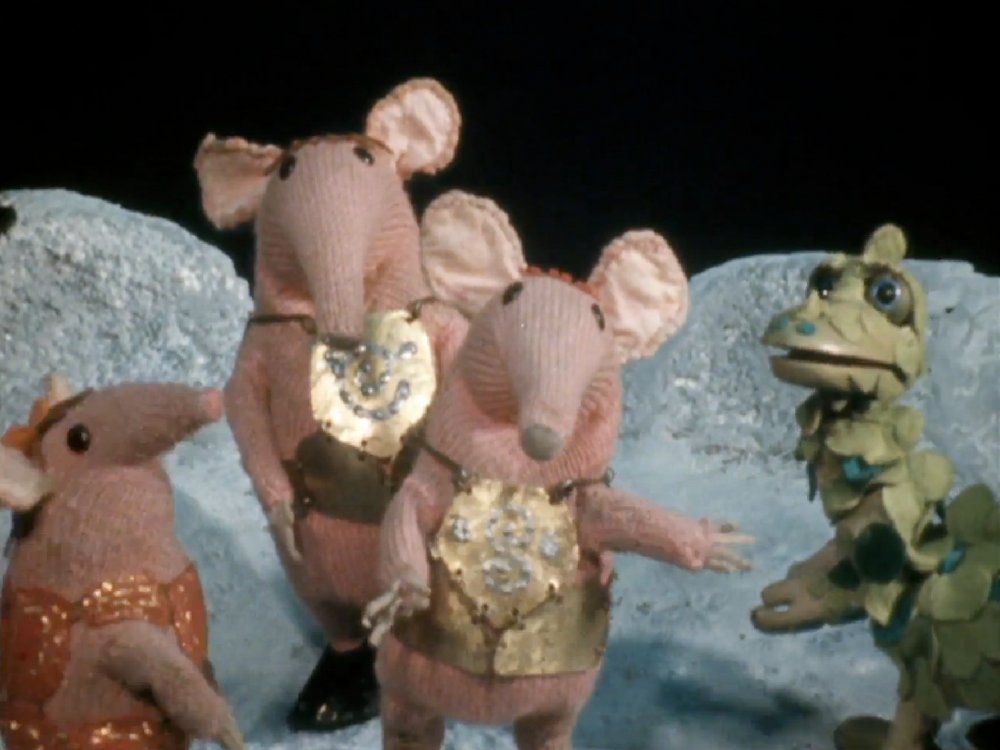 On a small blue planet far away, it’s polling day for the Clangers. Oliver Postgate’s Vote for Froglet! was first screened on general election day in October 1974 and has been one of the most popular titles in the recently launched Never Mind the Ballots collection on BFI Player – which is unsurprising given the enduring enthusiasm for the small woolly creatures.

Remarkably, another key rediscovery of the Never Mind the Ballots Collection also has a Postgate connection: The Road to Hell (1933). It was made by the preceding generation of the Postgate family, and its spirit and content are not a million light years away from the wit and political scorn of the Clangers’ later venture into party politics.

Oliver’s father, Raymond Postgate, was a socialist, pacifist and writer. His friend Rudolph Messel, “a wealthy young man of the dilettante kind” as another socialist filmmaker, Paul Rotha, put it, set up a film production group, the Socialist Film Council in the early 1930s, and one of the first films that went into production was The Road to Hell. It was co-written by Raymond Postgate and Rudolph Messel and the stark title perhaps belies the gusto and stylishness of the film as it tells its dramatic story. The film is a protest at the hardship caused by the 1931 means test which the poor had to pass in order to qualify for help. As Raymond Postgate put it:

“The Road to Hell is a melodrama of the Means Test. It tells the story of how a family is ground down by the operation of the Test, and how that Test is the source of suicide and crime.”

The film also contains moments of wry humour and casts oblique perspectives on events in a manner similar in some ways to Oliver Postgate’s take on party politics in Vote for Froglet! The Road to Hell had an illustrious, if largely amateur cast (in terms of film acting). Well-known novelist of the time Naomi Mitchison played the leading role of “The Mother”, while Postgate himself played “The Father” whose accident is the trigger for the family’s hardship. And there are further interesting connections – Daisy Lansbury, credited by her maiden name, plays Fred’s girlfriend; off screen she was Daisy Postgate, and was married to Raymond. Perhaps even more intriguingly, Daisy’s father, George Lansbury, was the leader of the Labour party at the time.

The film wasn’t widely admired when it was first shown – and some professional filmmakers were scornful of its amateur credentials – but the time is now ripe for a reconsideration of its merits. Its passion and rawness give it a particular power; and it is also inventive and witty in its filmmaking techniques. Take a look at it on BFI Player here:

Oliver Postgate was about eight years old when his parents were busy making The Road to Hell. He inherited their engagement with political issues –  he has explained the background to Vote for Froglet!:

“I was so angry in 1973, the Winter of Discontent, when the Miners Union and the government were locked in mortal combat and the economy of the country was going into the ground, that I honestly thought, having been in Germany at the end of the War and seen what happened when an economy collapsed completely, I really got frightened, I thought the process of government was completely buggered by inter-party squabbling. So I went to the BBC and said “Can I do a little Clangers film about the election?” It’s basically about the narrator, that’s me, being the interlocutor as well, telling the Clangers that they’ve got to vote, either for the Froglet or the Soup Dragon. And they refused point blank to have anything to do with it. It was a sort of tiny morality play really… I made it complete it three days.”

Coinciding with the second general election to be held in 1974, Vote for Froglet! was the final episode in the original series of The Clangers which ran for 27 episodes from 1969-74. See it here and be roused into political fervour…