The nation’s most promising teenage filmmakers start training at the National Film and Television School as part of the BFI Film Academy scheme. 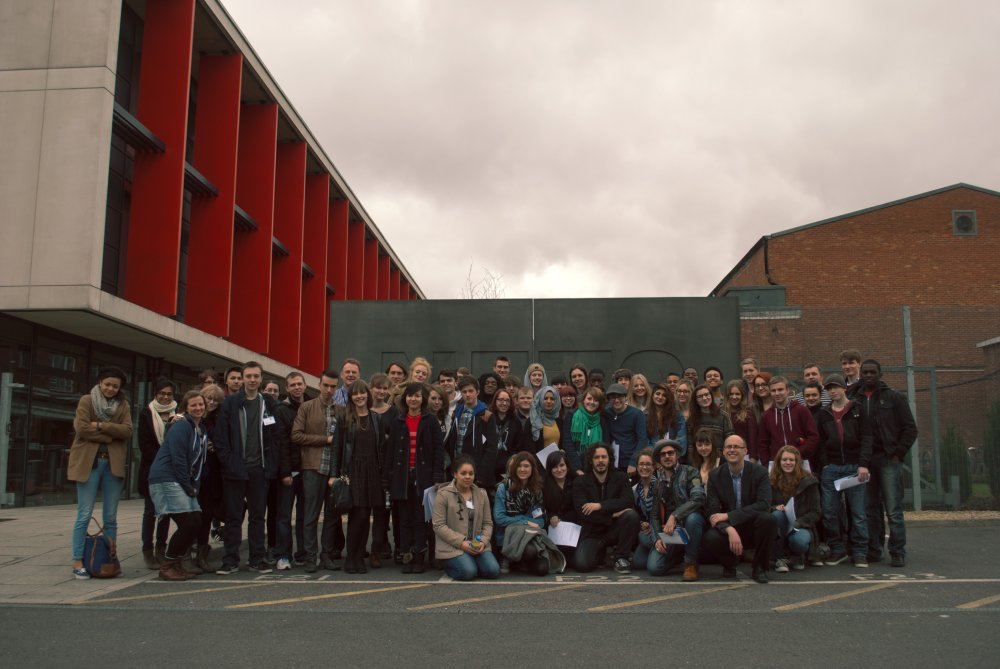 Fifty-four teenagers selected to join the inaugural , delivered by the National Film and Television School (NFTS), have completed their first weekend of training.

The lucky 16-19 year-olds travelled from across England to meet up at the residential two-day session that included an entertaining masterclass with director Edgar Wright (Shaun of the Dead, Hot Fuzz, Scott Pilgrim vs. the World), who made his first films at the age of 13.

The participants were given an inspirational talk by NFTS Director Nik Powell, who set up his first company ­– Virgin Records – as a teenager with Richard Branson, and a tutorial on script development by Brian Ward.

Jon Wardle, NFTS Director of Curriculum and Registrar, said: “We were overwhelmed with applications for the BFI Film Academy delivered by the NFTS, so the 54 young people we selected really are the brightest and best. They all really impressed us during the opening weekend. Their understanding of film as a creative medium, as a business and as a cultural form is really impressive and we hope to extend it and supplement it further during their time with us.”

During the second phase of the Film Academy over the Easter holidays, the participants will be working in teams to make short films using theatre scripts originally written by NFTS postgraduate students.

The final films will be screened at the BFI in April.