Over 100 budding young filmmakers take a tour of Pinewood Studios and learn from master craftsmen as part of the BFI Film Academy programme. 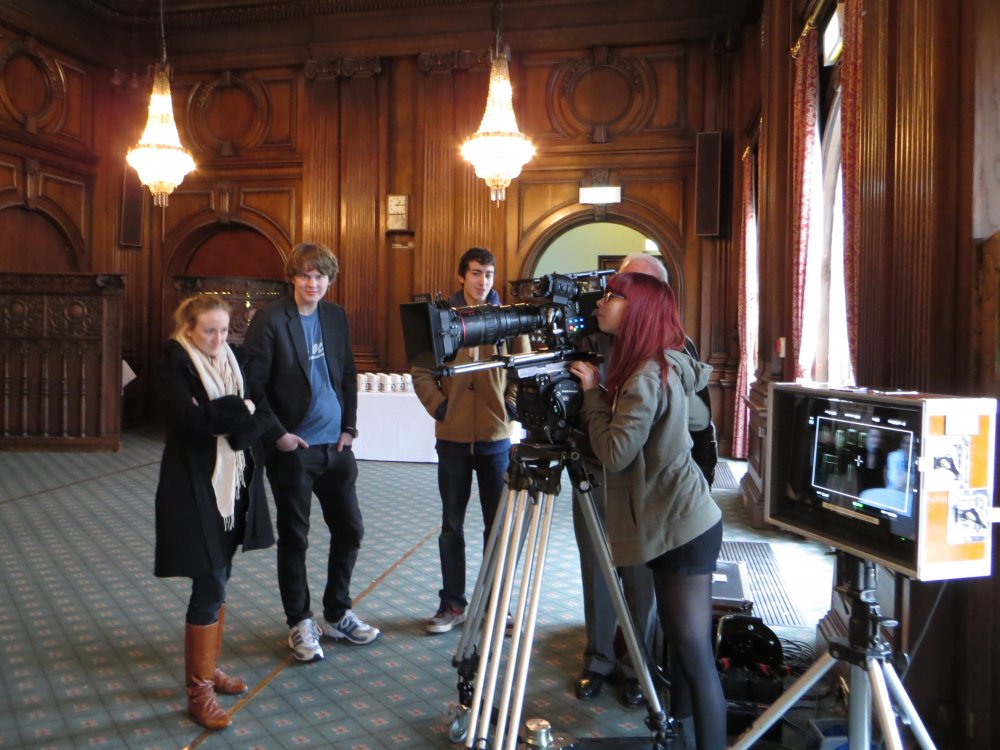 The regional programme is now in full swing, with 24 partners across England delivering film training courses to 16-19 year olds. Its aim is to give a diverse group of young people from all backgrounds the opportunity to be part of the UK’s future film industry by providing opportunities for talented and committed young people to develop new skills and build a career, no matter where they live or what their background.

During half-term, Pinewood Studios made it possible for over 100 participants from the programme to visit their premises, giving them access to the world’s leading studio facilities and a wealth of expertise from leading film industry experts. Pinewood Studios is a strategic partner of the BFI Film Academy and is providing both guidance on the programme and opportunities for the participants.

During their visits, participants were given invaluable advice on how to develop their careers and the different types of jobs and paths they could pursue, with speakers sharing first-hand how they got to their positions.

Cinematographer Robin Vidgeon spoke about the importance of teamwork and understanding the roles of everyone who works on the shoot. “Having a sense of humour is a safety valve for working on a film set,” he advised. Meanwhile, Stephen Scott strongly encouraged anyone who wanted to work in production design to have their portfolios ready to show to potential employers. Tony Waye, talking from experience, advised his audience to start by finding work in local radio or television to get your foot in the door: “Get experience in any way you can and work your way up.”

In addition to these talks, participants spent some time exploring Pinewood and were taken around to see production facilities, the famed 007 stage, the unique underwater stage and tank (which is the largest in Europe), the purpose-built studios and brand new HD galleries for the production of all genres of TV and the production offices. They learned about apprenticeship opportunities with the studios and what support Pinewood offers to filmmakers in the early stages of their careers.