The Duke of Cambridge handed over footage of the city’s busiest shopping street dating from 1901 at a special premiere of Paddington. 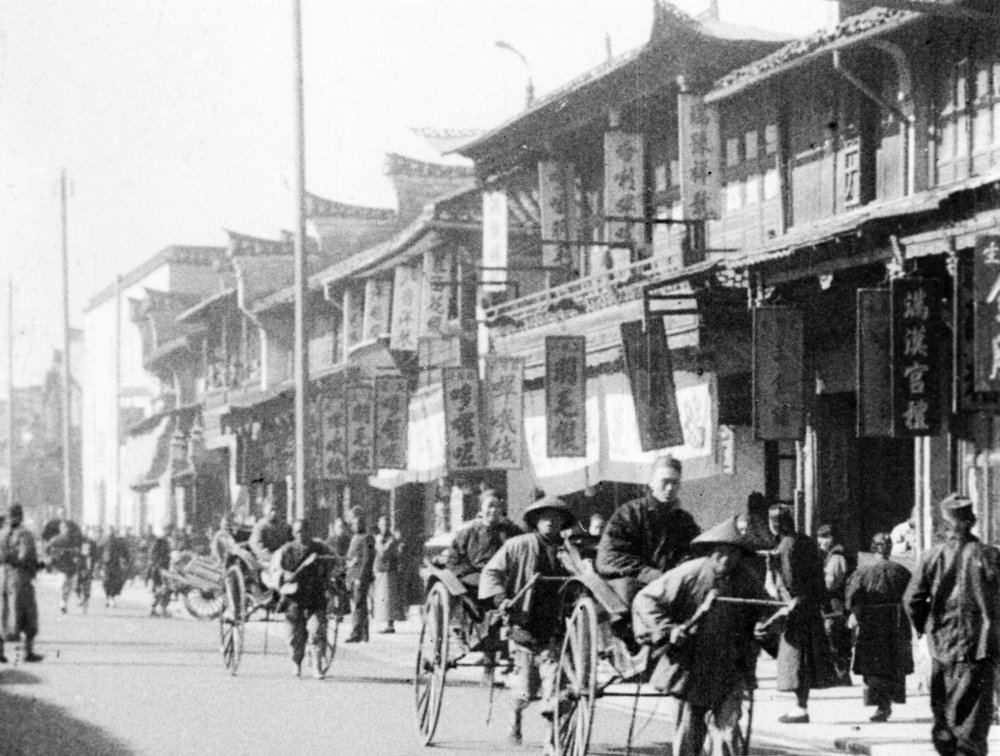 Today HRH Duke of Cambridge presented one of the first films of China to survive anywhere in the world, Nankin Road, Shanghai (1901) from the BFI National Archive, to Mr Ren Zhonglun, Chairman and President of Shanghai Film Group Co. Ltd. with Mr Miao Xiaotian, President of the China Film Corporation, on behalf of China. The film can was handed to Mr Ren and Mr Miao at the Shanghai premiere of British film Paddington (2014) during the GREAT Festival of Creativity, Shanghai. The BFI’s Head Curator Robin Baker is presenting Nankin Road, Shanghai — a portrait of what is still Shanghai’s busiest shopping street and now known as Nanjing Road — and other rarely seen early films of China from the BFI National Archive during the festival.

The presentations are part of a journey of cultural and industrial exchange between the BFI and China including hugely successful presentations across China in 2013 of the BFI’s restorations of Alfred Hitchcock’s early silent films and a year-long programme of activity with China in 2014: Electric Shadows. A landmark film Co-Production Treaty between China and the UK was announced this morning in Shanghai.

We thank HRH The Duke of Cambridge for presenting this gift to China. This rare, carefully restored archive film from the BFI National Archive shines a light on a moment in China’s history — captured on film.  It is especially symbolic to present this to Chinese audiences as the UK’s cultural handshake with China and affirms our commitment to a long term relationship of collaboration between our nations, forging industrial links and deepening cultural understanding. 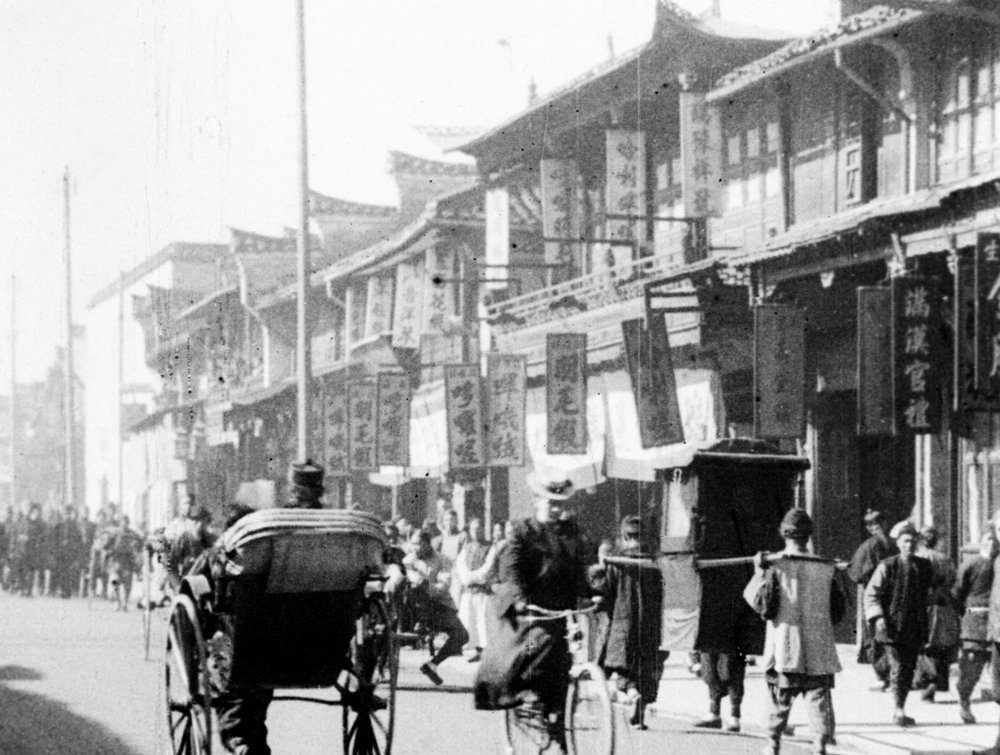 Nankin Road, Shanghai (1901) is one of the earliest films of China to survive anywhere in the world.  Preserved by and recently digitised by the BFI National Archive, the film is an extraordinary window into the cosmopolitan heart of Shanghai’s International Settlement and a record of the hustle and bustle of city life along Nanjing Road (南京路) 115 years ago. Nankin Road, Shanghai is the only film known to survive from a series of about 40 titles made in China by British war correspondent Joe Rosenthal during his coverage of the Boxer Uprising.

The BFI looks after one of the world’s oldest, largest and most important collections of films and TV ranging from the birth of cinema in 1895 right up to the present. One of the treasures within the collection are about 100 films that were shot in China from 1900 to 1949 by British other European filmmakers. Robin Baker will also present a selection of these rare early films during the GREAT Festival and the BFI intends to make these films available across China in the coming years. These include: