This September and October the BFI celebrates 50 years of filth with a retrospective dedicated to the legendary director – including all of his features and a selection of some of his favourite British films. 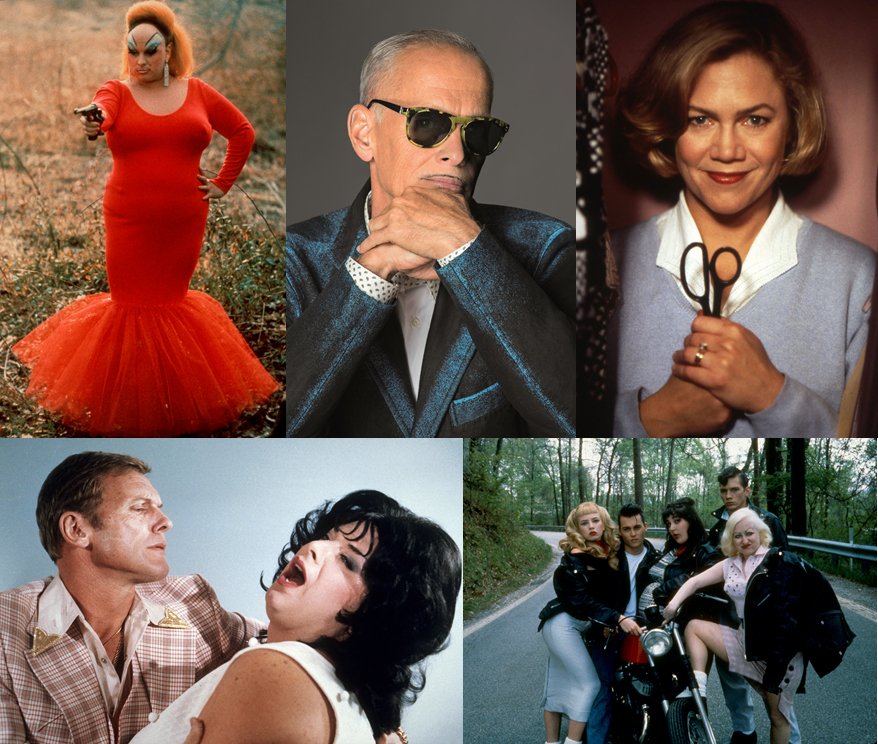 From 1 September – 6 October 2015 BFI Southbank will be celebrating 50 years of filth, with a retrospective dedicated to the legendary film director John Waters, famous for cult hits such as Pink Flamingos (1972), Female Trouble (1974) and Hairspray (1988) as well as bigger budget films like Cry Baby (1990) and Serial Mom (1994) starring Johnny Depp and Kathleen Turner respectively.

The season It isn’t Very Pretty… The Complete Films of John Waters (Every Goddam One of Them…) couldn’t claim to be screening ‘every goddamn one’ of his films without including Waters’ earliest forays into filmmaking, and the BFI is thrilled to be able to include, completely free of charge, his short films from the 60s, which have never been seen in the UK. John Waters will take to the BFI Southbank stage for a very special In Conversation event with season curator Justin Johnson on Friday 18 September, as well as introduce a number of screenings during the season.

As an additional treat John Waters has also personally selected six eclectic British films to accompany the season in a dedicated sidebar Teabaggin’ in the Kitchen Sink: My Favourite British Films – these films have moved or inspired him in some shape or form, and include Joseph Losey’s Boom! (1968) and Roger Michell’s The Mother (2003).

John Waters said: “This tribute is like receiving a plenary indulgence from the movie gods above and for once I can be show-biz thrilled without the slightest drop of irony in my thanks. Yikes, respectability…the final outrage” 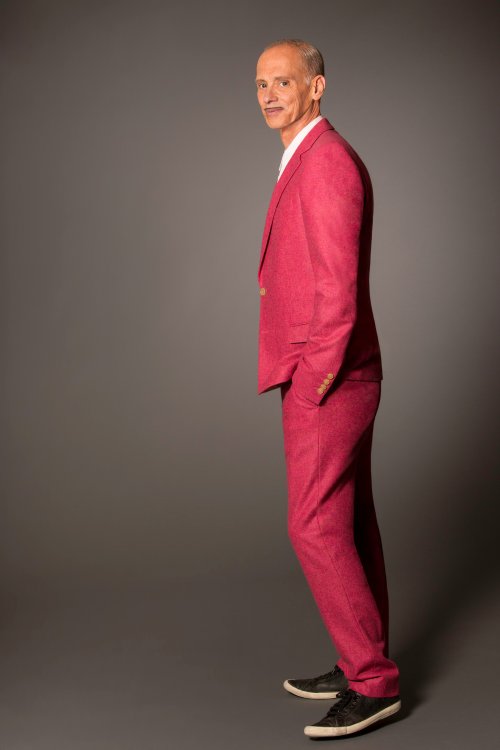 Lovingly dubbed ‘The Pope of Trash’, ‘The Prince of Puke’ and most recently by Paul Oswell of The Guardian, ‘The People’s Pervert’, John Waters is a director who has, over the course of his 50-year career, consistently pushed the boundaries of taste. A remarkable filmmaker by any measure, Waters began making short films as a teenager, having been influenced by the likes of Federico Fellini, William Castle and George and Mike Kuchar; born and raised in Baltimore he often used his home as a location, and his friends and associates as actors. This band of like-minded individuals known as the Dreamlanders included Divine, Mary Vivian Pearce, David Lochary and Mink Stole and they were the core cast members in Waters’ shorts: Hag in a Black Leather Jacket (1964), Roman Candles (1966) and Eat Your Makeup (1968). These underground short films will screen in a compilation programme — John Waters: The Early Shorts – and are fascinating examples of juvenilia, with moments of genius that hint at the films that would follow.

For his first feature Mondo Trasho (1969) Waters drew on the influence of both Andy Warhol and Russ Meyer to produce this guerrilla-style art piece, which sees us further acquainted with his Dreamland Studios ensemble. Multiple Maniacs (1970) introduced audiences to ‘Lady Divine’s Cavalcade of Perversions’ — a free exhibit of various fetish acts and obscenities, that is also a front for a group of unruly criminals whose thirst for blood and violence will not be quenched. Unseen on the big screen for decades, Multiple Maniacs will screen alongside The Diane Linkletter Story (1970), a short improvisation about the last hours of Diane Linkletter, the supposed drug-using daughter of a US TV personality. This film was all the more shocking for being made the day after this real-life event actually happened.

One of Waters’ most notorious films is Pink Flamingos (1972), a film which legendary critic Roger Ebert famously offered zero stars. With scenes involving chicken sex, a singing orifice and the infamous dog-walking scene, this Citizen Kane of filth movies still has something to offend just about everyone, even 40 years on. Divine returned two years later to play Dawn Davenport in Female Trouble (1974); this delinquent teenager embarks on a life of crime and a search for fame after being dealt the ultimate snub by her parents one Christmas: not receiving a pair of coveted cha-cha heels. Water’s described his final film of the 70s as a ‘monstrous lesbian fairy-tale about political corruption’; Desperate Living (1977) tells the story of Peggy Gravel and her maid Grizelda, who leave behind the suburban dream and find themselves in Mortville, a town for misfits and perverts ruled over by the sadistic and sexually suspect Queen Carlotta.

Waters’ nod to the 50s melodramas of Douglas Sirk, Polyester (1981), pairs the unlikely duo of Divine as Francine Fishpaw, a woman on the edge, and Hollywood hearthrob Tab Hunter as Todd Tomorrow, the man who promises to make her problems vanish. As with the original release of the film, Polyester will be presented during the season in joyful ‘Odorama’ with scratch ‘n’ sniff cards, so audiences can fully enjoy this feast for the senses. Hairspray followed in 1988, and gave Waters the biggest hit of his career thus far; spawning an award-winning Broadway musical and a film remake. Hairspray may have been a joyous PG-rated film, but it maintained the subversive edge which had come to define Waters’ work. Ricki Lake played overweight teen Tracey Turnblad opposite Divine as her mother Edna. The film gave Divine the recognition he so longed for as a serious actor just weeks before his untimely death. 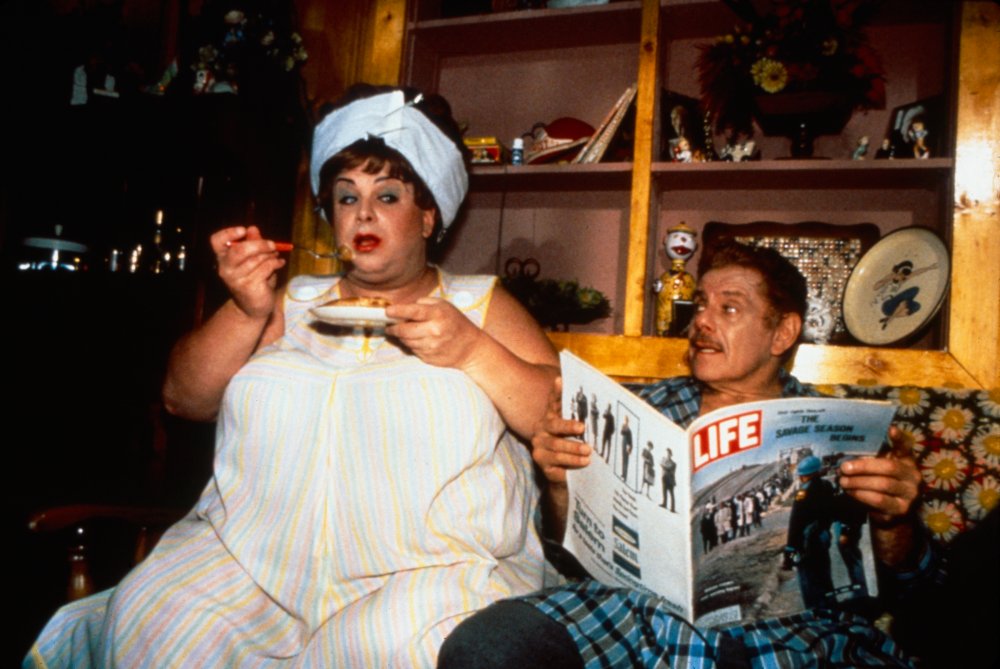 Following the success of Hairspray, Waters began working with bigger budgets and more well-known stars, but his work continued to surprise and shock. Cry Baby (1990) starring Johnny Depp was set in 50s Baltimore and told of the forbidden romance between Cry Baby Walker, a juvenile delinquent, and Allison Vernon-Williams, a square. Serial Mom (1994) starred Kathleen Turner as Beverly Sutphin, a suburban housewife who also has an appetite for murder; the New York arts scene came under scrutiny in Pecker (1998), a sweet tale about a Baltimore boy with an eye for photography who makes a splash with his snaps of neighbourhood friends and family. Waters returned to bad-boy form in the grotesque and hilarious send up of Hollywood and mainstream cinema, Cecil B. Demented (2000), while sex addiction went under the microscope in his last film to-date A Dirty Shame (2004). From his early movies through to Hollywood, Waters has consistently produced films that shock, entertain and challenge in equal measure, and BFI Southbank is delighted to be able to present this complete retrospective for the first time in the UK.

Teabaggin’ in the Kitchen Sink: My Favourite British Films
Introduced by John Waters, in his own words.

The Deep Blue Sea (Terence Davies, 2011)
Unrequited love never looked more appealing. As you walk out of the theatre you’ll wish your loved one would dump you in the lobby so you could go home and wallow in suicidal misery as beautiful as what you just saw on screen.

Blue (Derek Jarman, 1993)
An incredibly radical film that goes beyond the gimmicks of William Castle’s Emergo, beyond the boredom of Warhol’s Empire, beyond the theories of Lars von Trier’s Dogme 95 to a whole new minimalist level of what colour film can do when it is framed within the sound of sadness.

Trog (Freddie Francis, 1970)
One of the most ludicrous, touching, mind-boggling star vehicles ever. Joan Crawford, desperate for a job, teams up with director Freddie Francis(!) and an actor in a pitiful monkey mask for a sci-fi howler like no other.

The Naked Civil Servant (Jack Gold, 1975)
If there was a patron saint of damaged souls, Quentin Crisp would be the first to be canonised and his autobiography, The Naked Civil Servant, could serve as scripture. This TV movie adaptation of the same is so filled with respect and dignity that the director and actors will definitely go to movie heaven.

Boom! (Joseph Losey, 1968)
Beyond bad, the other side of camp – a film so beautiful and awful there is only one word to describe it: perfect. If you don’t like this film, I hate you.