The outgoing chairman of the BFI has been presented with the organisation’s highest honour by Melvyn Bragg at a surprise ceremony. 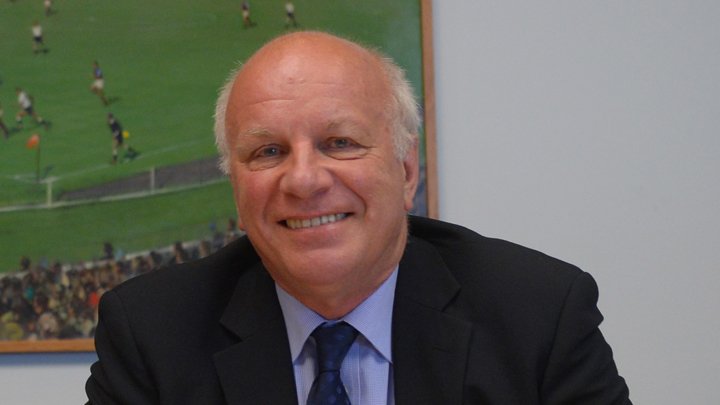 The BFI tonight presented outgoing Chairman Greg Dyke with its highest honour, the BFI Fellowship, for his outstanding contribution to television and film. The surprise award was given to Greg by Melvyn Bragg at an event in which Greg was introducing his personal Screen Epiphany Cabaret to a packed audience at BFI Southbank.

Greg’s illustrious career has spanned over 50 years and encompasses journalism, broadcasting, TV production, film and sport. Greg was Director General of the BBC and Chief Executive of both Pearson Television and LWT and has been Chairman of the BFI for eight years, Chairman of the FA and European Theatre Group ATG and is Chancellor of York University.

“Thank you to my friends at the BFI, we’ve had a great eight years together. We’ve faced lots of challenges but we’re better now than ever and doing more than ever. It’s a brilliant organisation and I’m overwhelmed by this BFI Fellowship award.”

“Greg Dyke is one of those unique people who, seemingly without effort, fills the gap between the private and public sectors; contributing his own special combination of forthright charm, humour, and steely determination to getting the right thing done, in the right way, and for the right reasons. In a world with too many challenges and too few of the people needed to meet them, Greg remains a one-of-a-kind national treasure.”

“Greg has had a profound influence upon modern television and popular culture and he has made a massive impact on so many other sectors from film to journalism and sport. I have huge admiration for Greg’s energy, incisiveness and his ability to cut through to the core of every issue. Greg has led the BFI through one of the biggest changes in its history. His ambition and passion for the BFI National Archive, our digital drive, improving diversity and educational opportunities and determination to make the BFI UK-wide has been transformative. There’s a good reason that Greg is one of the most popular men in the business and I feel very lucky to have had eight years of working with him. I am extremely grateful for his enormous contribution to the BFI and our industry and wish him all the very best for the future.”

Greg started his career in journalism in the 1960s and subsequently attended York University to read Politics, graduating in 1974. Greg’s TV career started as a researcher on The London Programme, quickly working his way up to becoming editor of The Six O’Clock Show (ITV) and subsequently – and famously – turning around ITV’s ailing morning show TV-am with a new and very successful tabloid approach to programming.

In 1984 Greg continued to make an impact as Director of Programmes at TVS, then LWT where he eventually became MD in 1989. In 1994 Greg became Chairman and Chief Executive of Pearson Television and built the company into the biggest non-US independent production company in the world, with a huge slate of TV drama and entertainment.

Greg became Director General of the BBC in 2000, the first who had neither been to public school or Oxbridge to hold the position, and one of the most popular DG’s with BBC staff of all time. Greg set about modernising the organisation, put a new focus on improving diversity and led the BBC’s digital strategy – launching 4 new digital channels, five new digital radio stations, the BBC’s first interactive television services, the start of Freeview and the growth of BBC Education.

Greg took over as BFI Chairman in 2008 and has successfully steered the BFI through one of the biggest evolutions in its history when the responsibilities of the UK Film Council were given to the BFI and subsequently launched its five-year plan ‘Film Forever’ in 2012.

Greg has also driven the BFI’s educational and diversity agendas, believing passionately that film and the moving image are powerful educational tools that should be part of the curriculum. Greg launched the hugely successful BFI Film Academy in 2012, giving young people of all backgrounds, no matter where they live, the opportunity for a career in film.

By the end of 2016 it will have supported over 3,000 15-19 year olds. The BFI also launched its Diversity Standards for all projects in receipt of Lottery funding in October 2015. Greg will leave his post at the BFI on 23rd February when he hands over the BFI Chairmanship to Josh Berger, President and Managing Director of, Warner Bros. Entertainment UK, Ireland and Spain.