Cate Blanchett will receive the BFI’s highest honour at the BFI London Film Festival’s annual Awards Ceremony, while Truth, starring Blanchett and Robert Redford, gets its UK premiere on the same night. 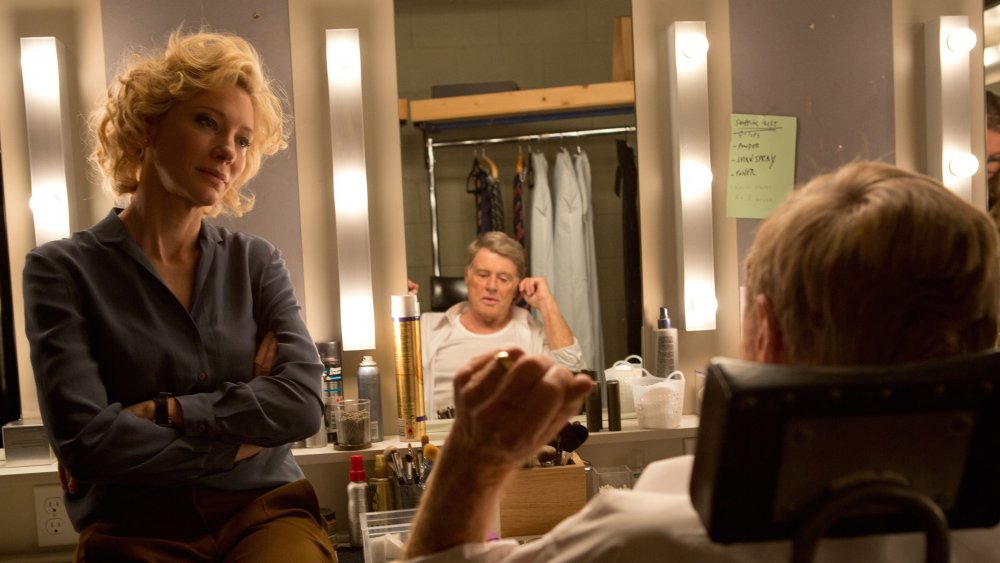 Truth, starring Cate Blanchett and Robert Redford, will have its UK Premiere on the same night and, in honour of the award, is screening as the Fellowship Special Presentation film. Based on the book Truth and Duty by Mary Mapes, Truth tells the incredible story of Mary Mapes, an award-winning CBS News journalist and Dan Rather’s 60 Minutes producer and the risks she took to expose a story on the then President George W. Bush.

Greg Dyke, Chairman, BFI said: “Cate Blanchett is a compelling and brave actress whose mesmerising screen presence has captivated audiences since her earliest roles. We are absolutely delighted to honour her extraordinary talents with a BFI Fellowship at this year’s LFF awards.”

The BFI Fellowship is awarded to individuals in recognition of their outstanding contribution to film or television and Cate Blanchett’s mesmerising screen presence has captivated audiences since her earliest roles. A fearless and subtle actress, she has the rare gift of seeming utterly to inhabit the characters she plays and has an amazing ability to convey complex layers of emotion to stunning effect. The diversity of her talent shines through in Truth where she gives another virtuosic performance as the fiercely bright Mary Mapes, a woman whose professional commitment to exposing ‘the truth’ is so great that she is prepared to risk her career and personal safety. 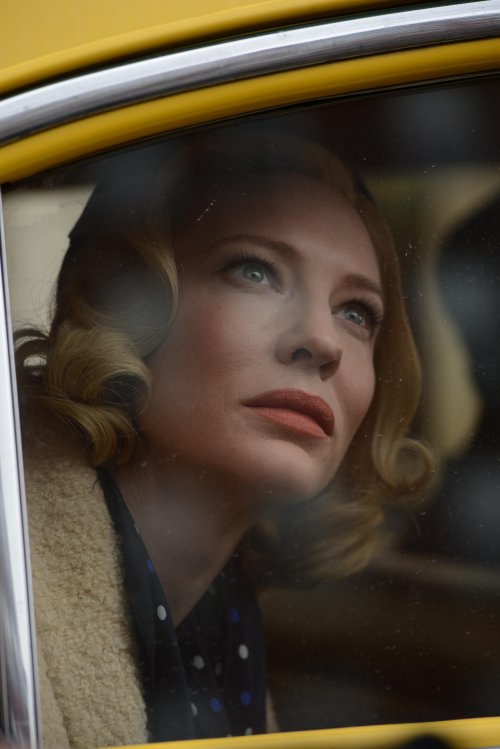 Blanchett is magnificent in Todd Haynes’ Carol as an alluring woman trapped in a loveless marriage who falls for a young woman (Rooney Mara) working as a department store cleark in 50s Manhattan. Her performance in Carol, which has already been announced as the American Express Gala screening in this year’s LFF on Wednesday 14 October, is entirely representative of a career in which she has made bold choices and excelled in vastly different parts, also typified by her Golden Globe-winning performance with the same director in I’m Not There in which she plays an incarnation of Bob Dylan.

Each year at the LFF Awards Ceremony a BFI Fellowship is bestowed on a film luminary. Previous BFI Fellowships have been presented at the ceremony to Stephen Frears in 2014, the late Sir Christopher Lee – given the honour by his friend Johnny Depp – in 2013, Tim Burton and Helena Bonham Carter in 2012 and Ralph Fiennes, who was presented his BFI Fellowship by friend Liam Neeson, in 2011. In the last year, Al Pacino and Mel Brooks were also awarded BFI Fellowships.

Cate Blanchett’s career began in the theatre in her native Australia following her graduation from NIDA in 1992 when she scored notable successes in both contemporary plays such as Top Girls, Kafka Dances and Sweet Phoebe alongside key Shakespearean roles including Miranda in The Tempest and Ophelia in Hamlet. She quickly branched out into television and feature film winning her first Australian Film Institute Award in a supporting role for Thank God He Met Lizzie in 1997 and nominated the year after for her lead performance, opposite Ralph Fiennes, in Gillian Armstrong’s Oscar and Lucinda. She shot to world attention the following year as the magnificent Tudor Queen in Elizabeth (1998). Among her best known roles are key parts in The Talented Mr. Ripley (1998), The Aviator (2004), The Curious Case of Benjamin Button (2008) and Blue Jasmine (2013). Blanchett can project the icy power of an indomitable monarch (Elizabeth and Elizabeth: The Golden Age), the carefree elegance of Katharine Hepburn (The Aviator) or the mental collapse of a failing socialite (Blue Jasmine) with equal and consummate ease.

She has appeared in international blockbusters such as The Lord of the Rings trilogy (2001 – 2003) and The Hobbit (2012 – 2014) as well as films on a more intimate scale such as Charlotte Gray (2001), The Life Aquatic with Steve Zissou (2004), and Notes on a Scandal (2006). Blanchett has already won two Academy Awards, three Screen Actors Guild Awards, three Golden Globe Awards and three British Academy Awards, and has received many other accolades and homers. Whilst excelling in her busy film career, she has also sustained her commitment to theatre with a range of highly-praised performances and as the Co-CEO and Artistic Director of Sydney Theatre Company from 2008-2013.

Truth, which screens as the Fellowship Special Presentation and is set for a UK cinema release in early 2016, is directed by James Vanderbilt, based on the book “Truth and Duty” by Mary Mapes, played in the film by Cate Blanchett who stars with Robert Redford as Dan Rather. The film chronicles the story Mapes and Rather uncovered that sitting US president, George W. Bush, may have been AWOL from the United States National Guard for over a year during the Vietnam War. When the story blew up in their face, the ensuing scandal ruined Dan Rather’s career, nearly changed a US Presidential election, and almost took down all of CBS News in the process.