The 58th BFI London Film Festival in partnership with American Express® is delighted to announce that this year’s Festival will close with the European Premiere of Sony Pictures Entertainment’s Fury on Sunday 19 October at the Odeon Leicester Square.

Pitt and Ayer are confirmed to attend the Closing Night Gala in London’s Leicester Square, while a cinecast from the red carpet and simultaneous screenings will take place at cinemas across the UK.

In Fury, it is April, 1945. As the Allies make their final push in the European Theatre, a battle-hardened army sergeant named Wardaddy (Brad Pitt) commands a Sherman tank and her five-man crew on a deadly mission behind enemy lines. Outnumbered and outgunned, and with a rookie soldier thrust into their platoon, Wardaddy and his men face overwhelming odds in their heroic attempts to strike at the heart of Nazi Germany. Written and directed by David Ayer, the film is produced by Bill Block, David Ayer, Ethan Smith and John Lesher. The executive producers are Brad Pitt, Sasha Shapiro, Anton Lessine, Alex Ott and Ben Waisbren. 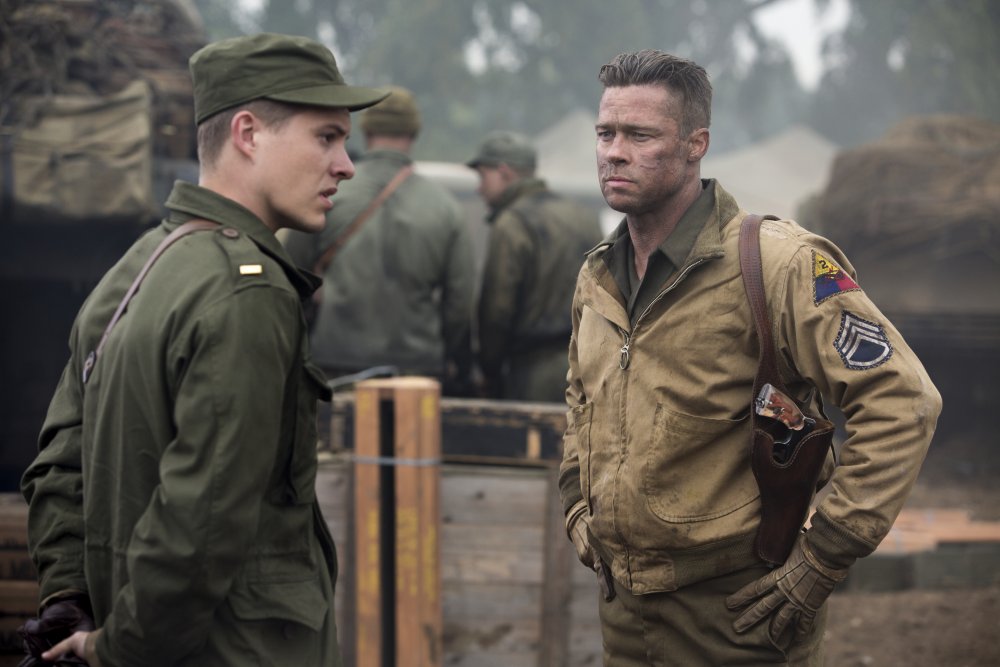 Fury is a resounding cinematic achievement. Rarely is a film so successful at balancing the human drama of war with such thrilling action sequences. We look forward to welcoming LFF alumni David Ayer and Brad Pitt to London as we draw the 58th BFI London Film Festival to a monumental close.

It is a great honour for our film to be chosen for the Closing Night celebration of the BFI London Film Festival – one of the leading festivals in Europe.  It’s a true pleasure to be returning to England, where we shot the film – the fields of Oxfordshire and Bovingdon Airfield in Hertfordshire were our home for 12 weeks last year, so it’s something of a homecoming for us to present the movie at its European premiere. I’m thrilled that Festival audiences will be among the first in Europe to see it.

Sony Pictures Releasing (UK) will release the film in UK cinemas on 24 October 2014.

The 58th BFI London Film Festival in partnership with American Express runs from Wednesday 8 October to Sunday 19 October. The full programme for the Festival will be announced on Wednesday 3 September.