The BFI today announces a new chapter in the epic history of one of the world’s greatest films: Abel Gance’s Napoleon (1927). In the culmination of a 50-year project, Academy Award-winning film historian Kevin Brownlow and the BFI National Archive have completed a new digitally restored version of Abel Gance’s cinematic triumph. From Autumn 2016, for the first time ever, audiences across the UK will be able to experience this extraordinary cinematic masterpiece with Carl Davis’s magnificent score when the film goes on theatrical release in UK cinemas and is available on BFI DVD/Blu-ray and BFI Player.

This legendary 5½ hour film was first presented, partially restored, at the BFI London Film Festival in 1980. The latest digital restoration of Napoleon will have its premiere screening with a live performance by the Philharmonia Orchestra of Carl Davis’s score (the longest ever composed for a silent film) in early November 2016 at the Royal Festival Hall.

This project has been achieved thanks to major work undertaken by the experts of the BFI National Archive and Photoplay Productions working with Dragon DI post-production in Wales, and to the generosity of Carl Davis and Jean Boht, who have made possible the recording of the score by the Philharmonia. The original restoration of the 35mm film elements in 2000 was funded by the generous support of the Eric Anker-Petersen charity, with the support of many archives around the world but especially the Cinémathèque Française and the Centre Nationale de la Cinématographie in Paris. 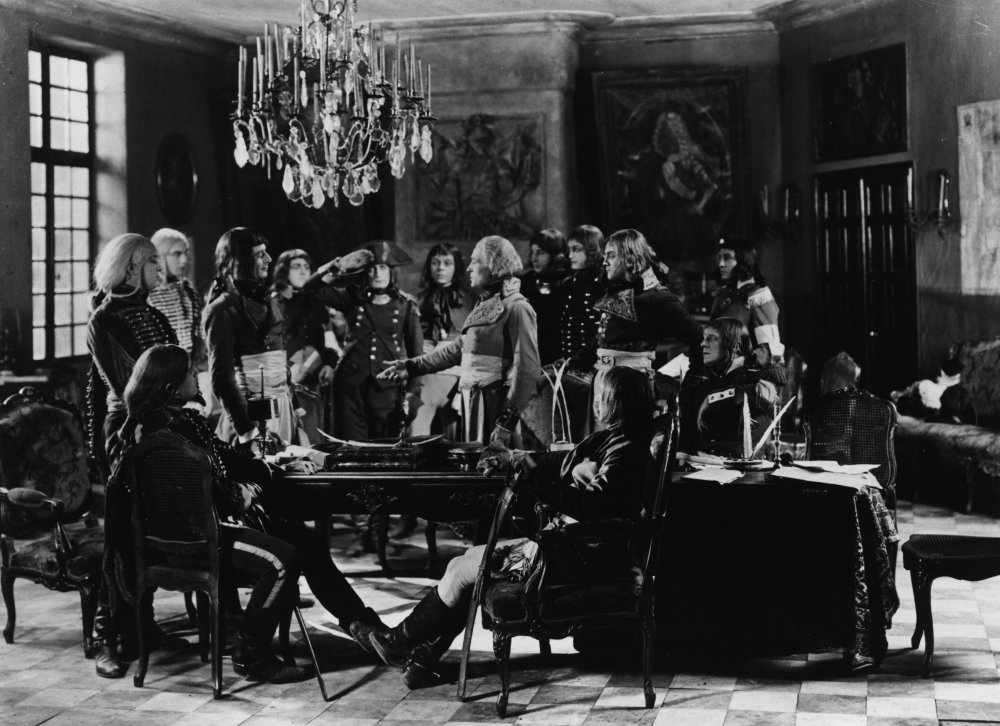 “Several generations of staff at the BFI have worked on this project. Napoleon is a landmark in the history of cinema and we are grateful to all of the great talents who have helped us along the way but especially, of course, Kevin Brownlow for his indefatigable championing of the film and Carl Davis for his amazing score.”

Carl Davis, composer said: “Thanks to the BFI we have this splendid DVD (Blu-Ray). In the words of Napoleon ‘At last!’”

This new version of Napoleon will allow audiences to see the film’s original tinting and toning, including colour combinations which could not be achieved in the existing 35mm print. Integration of sections sourced from a wide range of elements have also been improved by detailed digital image repair and alignment.

The film has been entirely re-graded and received extensive digital clean-up throughout, all of which offers significant improvements in overall picture quality. This is the most complete version of the film available, compiled by filmmaker, archivist and historian Kevin Brownlow who spent over 50 years tracking down surviving prints from archives around the world since he first saw a 9.5mm version as a schoolboy in 1954. Brownlow and his colleagues at Photoplay, initially the late David Gill, and then Patrick Stanbury, worked with the BFI National Archive on a series of restorations. The film version has been screened only four times in the UK since the year 2000 at memorable events with full orchestra performing the original score by composer Carl Davis.

Running at over 5½ hours on screen, the film demands a huge investment of resources, from projectionists, musicians, conductor and audiences; in a live performance with intervals the experience adds up to over eight hours from start to finish. Napoleon offers one of the most richly rewarding and thrilling experiences in the history of cinema, a brilliant pairing of music and film, comparable to grand opera in its intensity, offering dazzling scenes of unparalleled brilliance, with full scale historical recreations of episodes from the personal and political life of Napoleon from the French Revolution to the heroic arrival of French troops in Italy marking the beginning of the First Italian campaign of 1796.

Following the premiere of the digital restoration of Napoleon it will be released in cinemas UK-wide in its music-synched version. The simultaneous BFI Blu-ray/DVD release of the film is the first, of this full version, anywhere in the world and will include the recording of the score and a significant package of extras. Napoleon will also be available to view on BFI Player.

Related to Abel Gance’s Napoleon to get UK-wide theatrical, online and Blu-ray/DVD release