Our Britain on Film project makes 1000s of archive films available to watch on BFI Player, giving people across the UK free access to films and TV that represent the area where they live, grew up or went to school. The huge collection includes a new discovery of the world’s earliest home movies, from 1902. 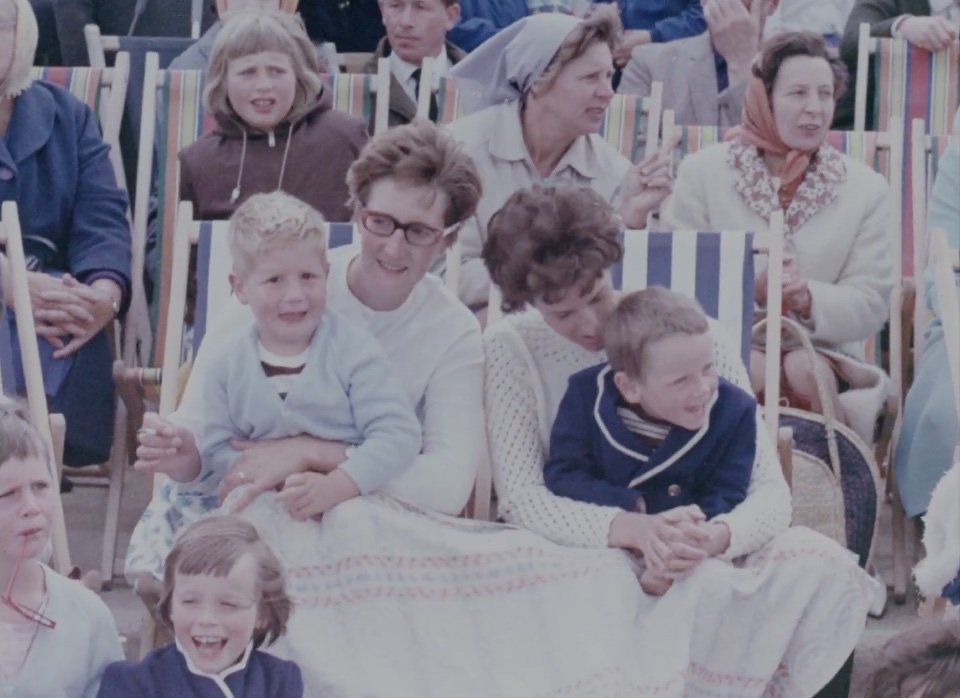 One Summer in Somerset

The BFI today launches , a new project that reveals hidden histories and forgotten stories of people and places from the UK’s key film and TV archives. From today the archives go digital on BFI Player, giving everybody in the UK free access to 1,000s of film and TV titles featuring where they live, grew up, went to school, holidayed as a child, or any place of interest in Britain. By 2017, thanks to National Lottery funding and the support of the Esmée Fairbairn Foundation, 10,000 film and TV titles from 1895 to the present day will be digitised.

The public can get involved with the project via Twitter and Facebook, with a campaign launching today that sees 60 films from all over the UK released over 60 days, and special screenings, events and partnerships across the UK. Also announced today is a newly-commissioned film from Penny Woolcock, using Britain on Film material.

“Britain on Film is a fantastic initiative and I congratulate the BFI and the national and regional archives on the huge amount of work they have put into creating a truly remarkable project. I’m particularly delighted that Britain on Film will be reaching the British public in so many different ways this summer all over the UK, and encourage everyone to check it out online via the BFI Player.”

Watch the Britain on Film trailer

Through the project, Britain on Film curators have found extraordinary footage of ordinary people and places from across the collections. These include:

The Passmore Family Collection – the world’s earliest known surviving home movies (1902) feature 10 films of the family on holiday in Bognor Regis and The Isle of Wight and at home in Streatham, London. Michael Passmore, the filmmaker’s grandson, still has his grandfather’s original camera purchased in 1900 and now lives in Kent. Michael said “I am very proud of my grandfather’s films; they have such a lot of movement and are never boring. The films capture the joys of family occasions and holidays so beautifully. I am delighted that they will be able to be shared with the rest of the country and hope they will continue to give pleasure to anyone interested in the history of home movies.”

Glasgow Tram (1961): a historic moment in time as the preparations and final procession of Glasgow’s last tram is captured in glorious colour by an amateur filmmaker.

Tryweryn – The Story of a Valley (1965): a film made by local schoolchildren of the controversial flooding of Capel Celyn and Tryweryn Valley to make a new reservoir.

Prawn Festival Kilkeel & Lord Mayor’s Show (1962): from the year it began, this film shows the huge crowds that came to the harbour every summer – now known as the Kingdom of Mourne Festival and still going strong.

Davy Crockett (1955): a police officer playing Davy Crockett rides through the city of Hull to get a road safety message across to children.

The Bradford Godfather (1976): a heart-warming documentary about the founding father of Bradford’s Pakistani community. 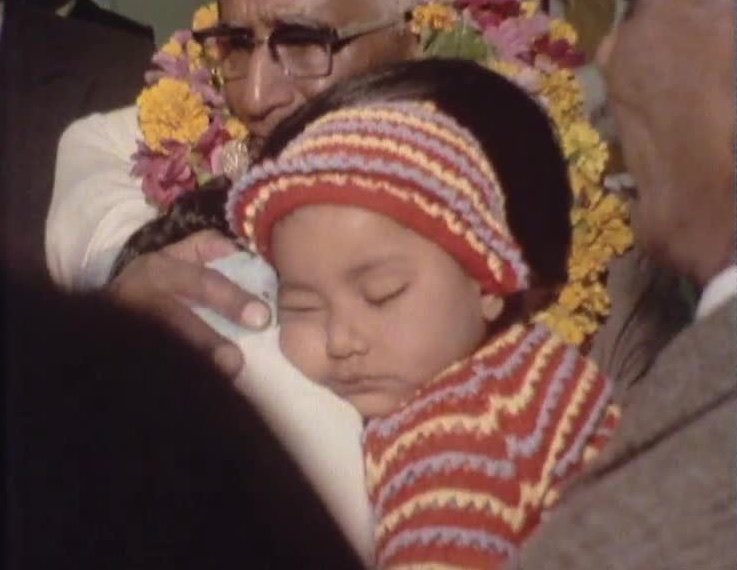 Scenes at Chester on the River Dee (1901): shot during the Chester Regatta of 1901 by the pioneering British company Mitchell and Kenyon.

Evidence (1935): first film used in an English court of law to prosecute an illegal gambling ring in the town of Chesterfield, with an appearance by three circus elephants.

Films revealing the development of British Sign Language (1935) from The Deaf Association shot in Weston-Super-Mare.

Do Something! (1970): a community-based adventure playground project exposes division in a diverse local community in Islington. 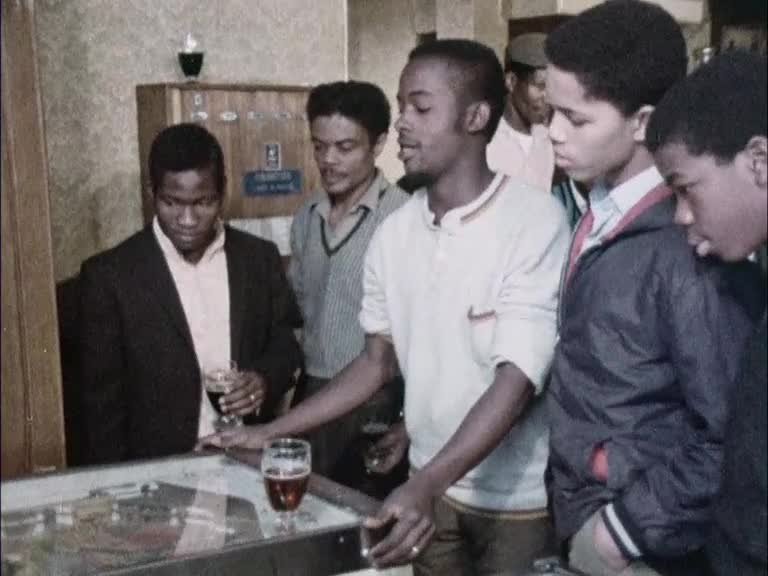 This newly accessible film and TV presents a Britain that is vibrant, diverse and eccentric, while shining a light on issues and situations that affect every generation. Many of these films have never – or rarely – been seen since their first appearance and can now be searched for by specific UK locations through BFI Player’s ground-breaking new Film and TV Map of the UK, which also enables people to share films with their family, friends and communities.

While researching the project, Heather Stewart, Creative Director, BFI, discovered her great grandmother, grandmother and mother together on film in scenes from Children’s Excursion (1952) featuring Moniaive in Dumfries and Galloway, the village she grew up in.

Heather said “I’ve never seen my family on film before so it was a wonderful surprise to discover three generations together. There’s a perennial joy in location spotting; couple this with the emotional power of film and Britain on Film has the potential to touch everyone in the UK.” 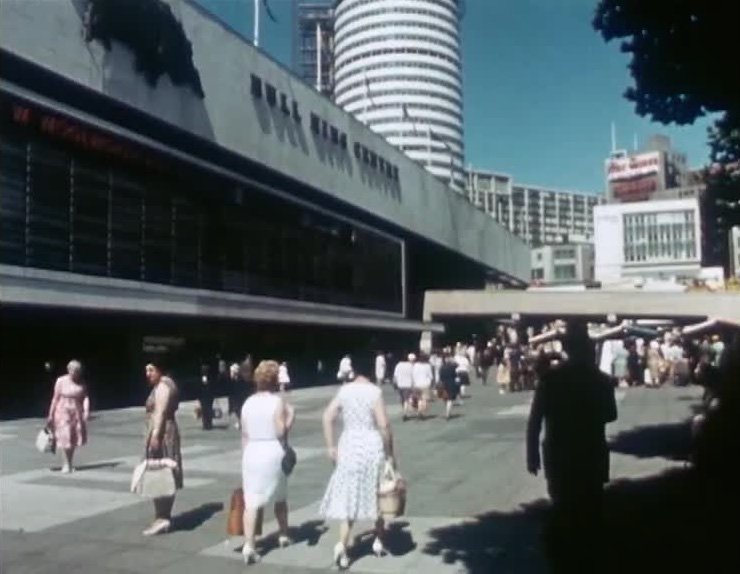 Britain on Film changes the film and TV archive landscape forever. It’s vital that the UK’s film and TV archives – Britain’s national collection – can be enjoyed by everyone, and now they can. The unprecedented scale of this project is a testament to the collaborative effort and skills of the BFI National Archive and the regional and national archives of the UK.”

Through Britain on Film, a moving and intimate portrait of the diversity of British life is revealed by professional and amateur footage of vanished landscapes, urban and rural communities, historic traditions and folklore, people at work and at play, and British characters in all their unique glory. Newsreels, advertisements, home movies, forgotten TV shows, and films by government departments all offer surprising insights into British life in the 20th century.

Robin Baker, Head Curator, BFI said “For 120 years cameras have captured almost every aspect of life in the UK on film, but too often these have been inaccessible to all but the most determined researchers. Now, Britain on Film is transforming access to films from the UK’s archives and giving new life to them by making them available, no matter where you live.”

Britain on Film is the result of the BFI National Archive and the UK’s national and regional film archives and rights holders joining forces to bring these films together with a major programme of curation and digitisation that started in 2012 and continues until the end of 2017. 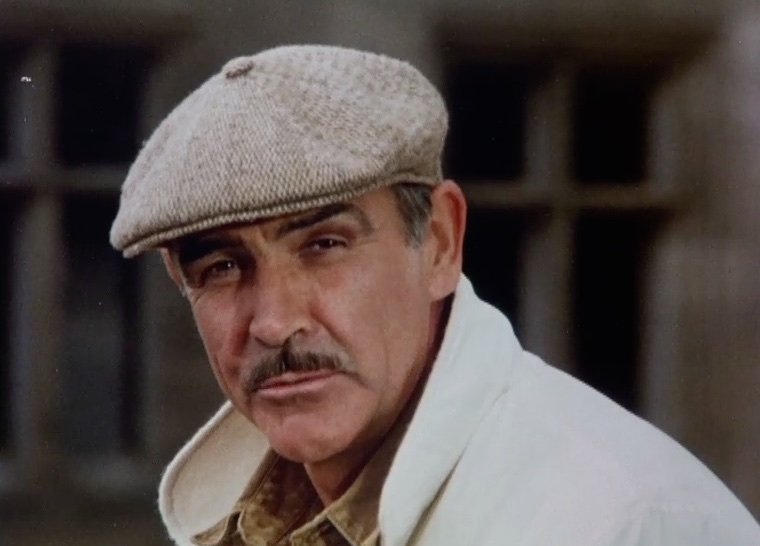 Artist response to archive – Penny Woolcock’s Out of the Rubble

Film archives are as much about the future as the past, with filmmakers often using the archive to find inspiration for their work.  The BFI was keen to explore how an artist would respond to the Britain on Film content and Penny Woolcock, who previously collaborated with the BFI on the acclaimed documentary From the Sea to the Land Beyond – Britain’s Coast on Film, was given free rein in the archives to create her interpretation of the films. Woolcock has created a powerful short Out of the Rubble which explores issues of housing, poverty and immigration. It will be released later this summer.

Britain on Film will be reaching the British public in many different ways this summer all over the UK:

The BFI Film Audience Network (FAN) will be staging 85 screening events in 46 locations from Belfast to Canterbury and southern Wales to Inverness. Highlights include:

Belfast – Culture Night, 18 September, will screen curated programmes of short archive films shown at the places where they were originally shot, or where there is a strong thematic link

London – an outdoor screening of Made in Dagenham at Parsloes Park, Dagenham, alongside a programme of archive film showing the urban history of the area 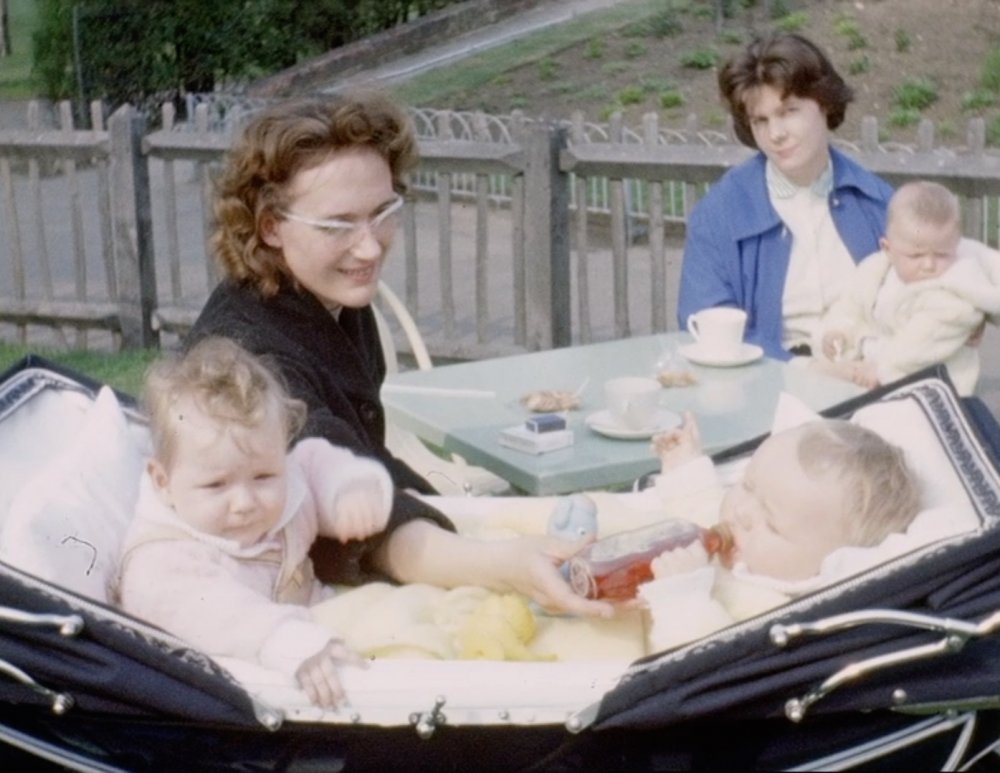 The Changing Face of Camberwell (1963)

Luna Cinema and the BFI are launching a screening programme of feature films and bespoke Britain on Film packages in stunning National Trust locations throughout the UK from late August to October.

Highlights of each city will be shown on large, digital out of home screens in the key city centres of Glasgow, Birmingham, Manchester, London, Liverpool and Leeds throughout August, thanks to a new partnership with Ocean Outdoor. The Britain on Film trailer will be running across these screens in each city today.

Those arriving or departing the UK by air will be inspired by Britain as it once was, with a new BFI channel on British Airways in-flight entertainment launching this month and featuring Britain on Film footage.

From August, Caffè Nero will have viewing pods in 10 coffee houses across the UK for customers to kick back and view the footage, as well as providing Britain on Film branded coffee cups.

From 10-13 September, the BFI National Archive in Berkhamsted, East Anglia Archive and North West Archive will be opening their doors to the public as part of the National Trust’s Heritage Open Days

In London, BFI Southbank is currently featuring London on Film, a three-month programme of over 200 films, on-stage interviews and special weekenders focusing on Soho, East End, and Waterloo and South Bank.

London Live will be broadcasting a series based on London on Film gems as part of London Live’s special new BFI London strand. Ranging from We Are The Lambeth Boys and the original Royal Festival of Britain, through to a young Jude Law appearing in The Crane, the titles will be aired in a regular early evening weekend slot throughout the summer, starting in July. 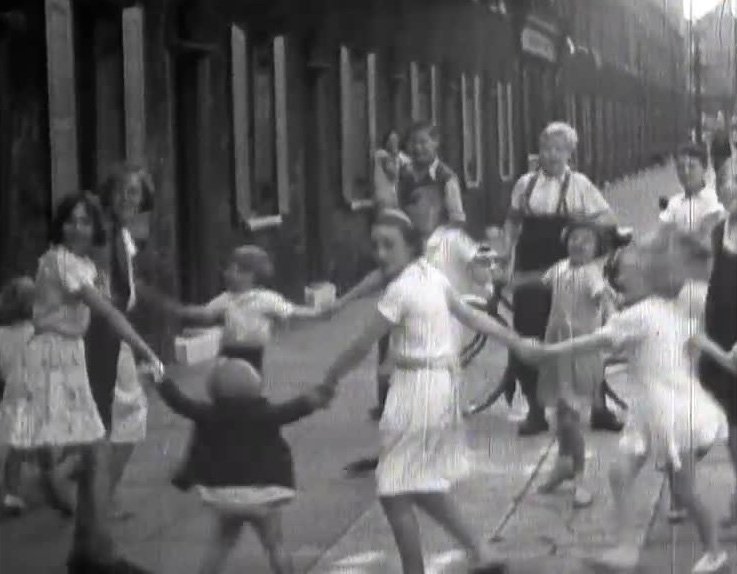 Britain on Film and education

Make Film – Greatest Generation is a UK-wide filmmaking project organised by the education charity Into Film, BFI, BBC Learning and the British Council.  The project invites children aged 7-11 to record interviews with members of the wartime generation and combine the footage with Britain on Film archive clips to create their own short documentaries.  For information  visit www.intofilm.org

From 14 July until 30 September, BFI Future Film is calling for Instagram users to share their photos and videos that showcase the diversity of places and people in the Britain on Film Instagram competition #BritainOnInstagram around four themes; Britain’s got Flare (LGBT Britain), Arrivals (celebrating Britain’s migrant community), Fiesta (festivals and carnivals) and Action Sports on Location.

About Britain on Film and Unlocking Film Heritage

Britain on Film is one of the largest and most complex archival projects ever undertaken and is part of the BFI’s Unlocking Film Heritage programme (2013-17). Unlocking film heritage for everyone in the UK to enjoy is a key strategic priority for the BFI, and Britain on Film is the public launch of a vast programme of work, which has been ongoing for over three years. This work has included a sophisticated programme of data capture, cataloguing, copying to archival standards, meticulous preservation of original materials, thorough searching of archives across the country, new state-of- the-art equipment and digital storage facilities and the transfer of films to the BFI’s online video platform, BFI Player.

Unlocking Film Heritage and Britain on Film are thanks to £15 million funding from the National Lottery and the additional support of the Esmée Fairbairn Foundation.