Our first ever celebration of the nation’s capital on film will include over 200 films, from classic features to home movies, shot in London over the last 120 years. 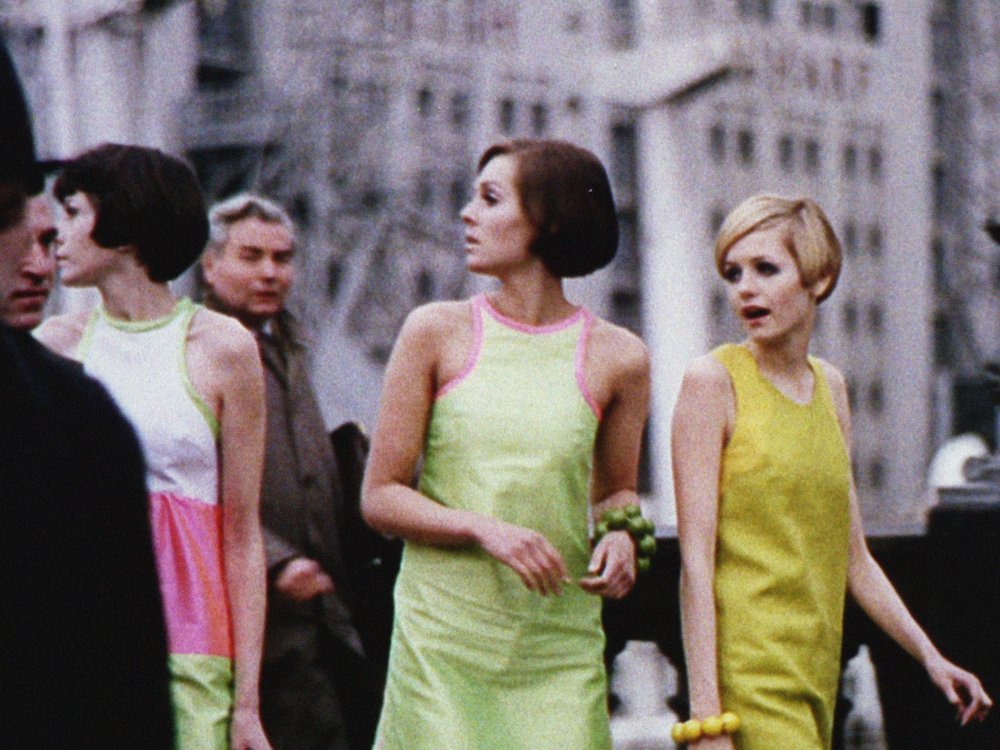 The BFI will be showcasing London on Film in a major season over four months at BFI Southbank this summer from 1 July to 9 October 2015. This is the first ever BFI celebration of the nation’s capital – featuring over 200 films – a number of which have been unseen since they were first filmed, offering a unique perspective on the city as captured by filmmakers over the last 120 years. Every film underlines that while London is, and always has been, in a state of constant change, it also has a great sense of continuity. For Londoners this season will show the city they know and love, as they may never have known it before.

London on Film is part of the BFI’s most ambitious UK-wide archive project to date, Britain on Film, in which thousands of British titles from the BFI National Archive and the UK’s other national and regional screen archives will be digitised and made available online via BFI Player for the first time ever to the British public. Britain on Film will launch on 7 July. Britain on Film is supported by the Esmée Fairbairn Foundation. 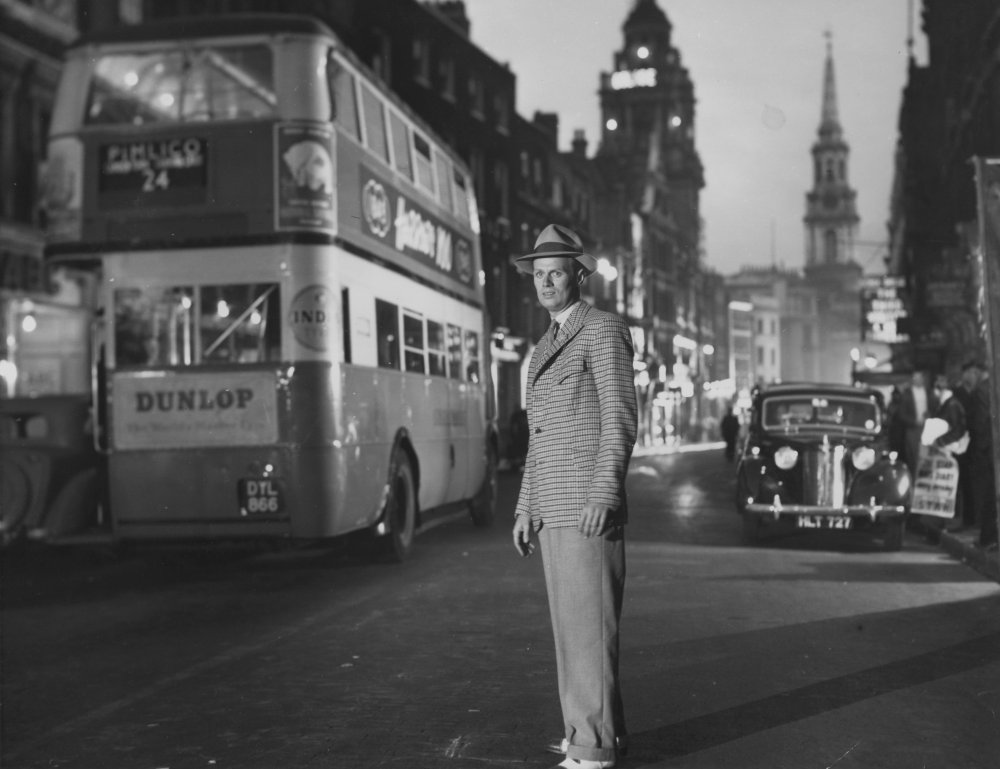 Presented in three parts, London on Film kicks off in July with ‘The Changing Face of London’, ‘Londoners’ in August and ‘The City Reimagined’ in September and features special Weekender events on three key areas of the city – Soho, the East End and the South Bank/Waterloo – along the way. London on Film will surprise, enthral and delight Londoners with its compelling mixture of rare documentary, little-known classics, precious amateur and home movie footage and new discoveries alongside enduring favourites.

James Fox and Sandy Lieberson (Performance), Waris Hussein, Mark Lester, Alan Parker (Melody), and Ian Hart (Wonderland) are among the special guests who will attend to introduce and discuss their films with audiences. Musicians Saint Etienne will perform a live accompaniment to their acclaimed archive collaboration with director Paul Kelly, How We Used To Live; and the London-based art rockers Public Service Broadcasting, whose music is inspired by archive footage, will present a live set and AV show based on their new album The Race for Space, plus some old favourites. Danny Leigh will also be hosting a panel discussion with filmmakers who have filmed in London and documentarians who have made it their subject. 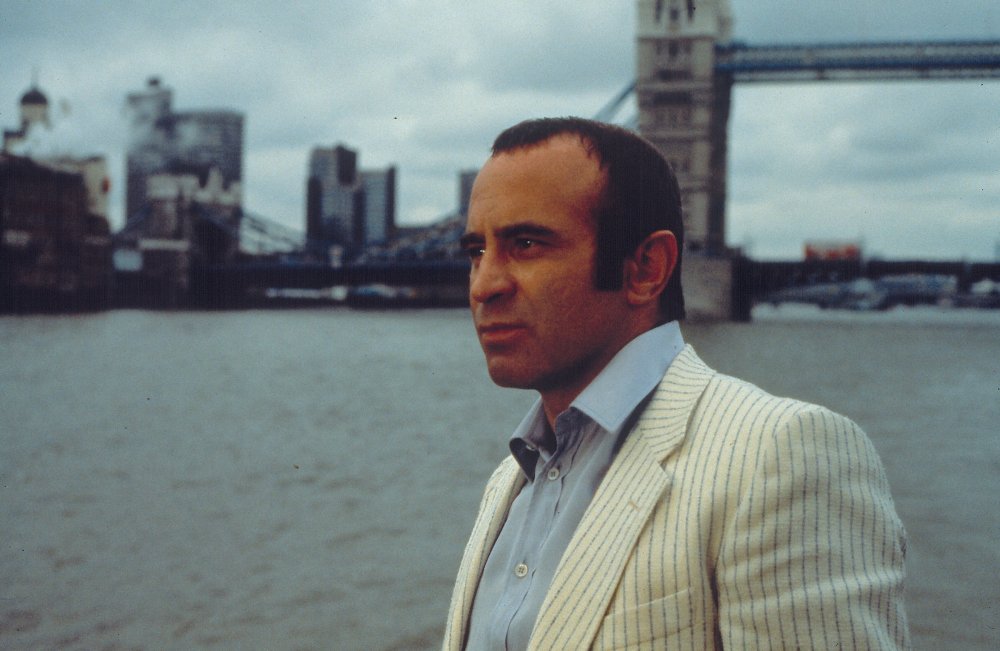 As a curtain-raiser to the season there’s a special rerelease (19 June – 9 July) of one of the all-time great London films, a new print of The Long Good Friday (1980). Starring Bob Hoskins and Helen Mirren, this grittily realistic and much admired British gangster film captured London’s East End and Docklands at a key period before the enormous redevelopments of the decades to follow.

London has proved irresistible to filmmakers ever since the beginnings of cinema. A Night in Victorian and Edwardian London will offer a rare chance to savour extended views of London from over a century ago and will include some of the earliest films ever shot in London, such as R.W.Paul’s Blackfriars Bridge (1896) and the Lumière Brothers’ short shot near Leicester Square, Negres dansant dans la rue (1896).

Films from major filmmakers include Anthony Asquith’s evocative Underground (1928), the first feature to be shot on the underground, among the escalators, trains and tunnels which all look surprisingly familiar. Nicolas Roeg’s Performance (1970) takes us into the dangerous realms of psychedelic and sexual experimentation, and producer Sandy Lieberson and actor James Fox are confirmed to introduce on 30 July. Each era has its own very different style of cityscape: Night and the City (Jules Dassin) is London as moody film noir and Bunny Lake Is Missing (Otto Preminger) is a brooding 1960s psychological thriller seen here in a new restoration. Michael Winterbottom’s Wonderland (1999) is a haunting modern portrait of ordinary Londoners looking for emotional warmth in the big city to an amazing soundtrack by Michael Nyman. Hitchcock’s Frenzy (1972) is the master’s last London film (his penultimate as director) presenting the city as a backdrop to murder and menace, as a serial killer is on the loose in central London, with extensive footage of Covent Garden market before it moved out to Vauxhall.

The London Nobody Knows (1967) is a cult classic starring James Mason, which features scenes of historic London’s destruction alongside wonderfully preserved and atmospheric old streets, celebrating the enduring romance of London’s architecture; screening with a follow-up film, The London Nobody Knows Now (2014) and a rare British Transport film, The Scene from Melbury House (1973), offering a joyous bird’s eye view of the city. 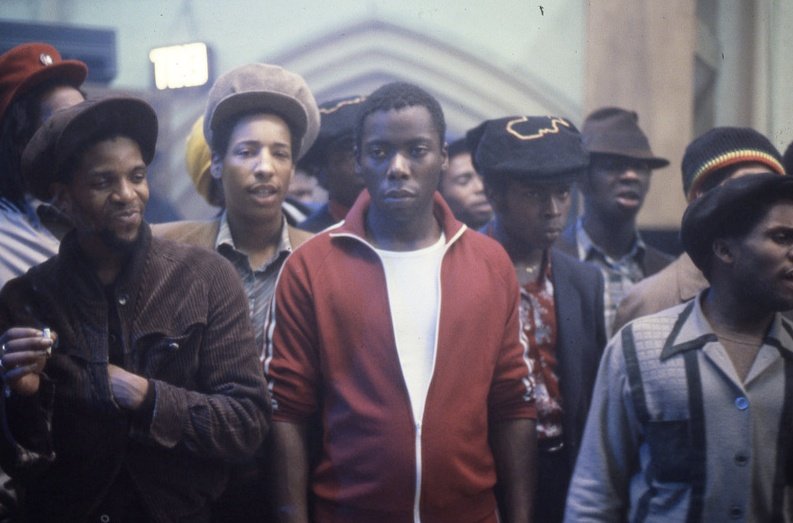 Black experience is highlighted in a series of key films including Earl Cameron’s pioneering role as a black sailor in the crime drama Pool of London (1951), with particularly fine use of locations around Tower Bridge, Poplar, Southwark and the City; Sapphire (1959) is a filmmaker’s response to the Notting Hill race riots wrapped up in a murder mystery, while Babylon (1981) shows the demoralisation of black youth demonised by Stop and Search, and offers an eerily prescient portrait of the situation in Deptford which would give rise to the Brixton riots of the same year.

As a special treat musicians St Etienne will accompany How We Used to Live, a beautiful archive compilation celebrating London life a generation ago, on 24 July. Melody (aka S.W.A.L.K.) will have director Waris Hussein and actor Mark Lester for a special Q&A about this tale of London youths, set in Lambeth with lots of great use of locations.

This highly topical survey on the exotic metropolitan centre has a special weekend focus (24- 26 July) celebrating the unique culture of Soho captured in films from 1896-1985. It starts with a reminder of the heady days of Soho’s heyday as a centre for vice, glamour and fun, with the once banned West End Jungle (1961); and the collision of small-time criminals, girls and gambling in The Small World of Sammy Lee (1963) starring Anthony Newley and Julia Foster alongside a great ensemble cast. Vanishing Soho is a mixed bill which features some key films which reveal the glories of Soho’s past, such as the dazzling colour of Sunshine in Soho (1956) or a breathless Pathé newsreel, Tin Pan Alley (1951), and will be followed by a discussion on the state of Soho today in the light of current major changes for those who live and play there. 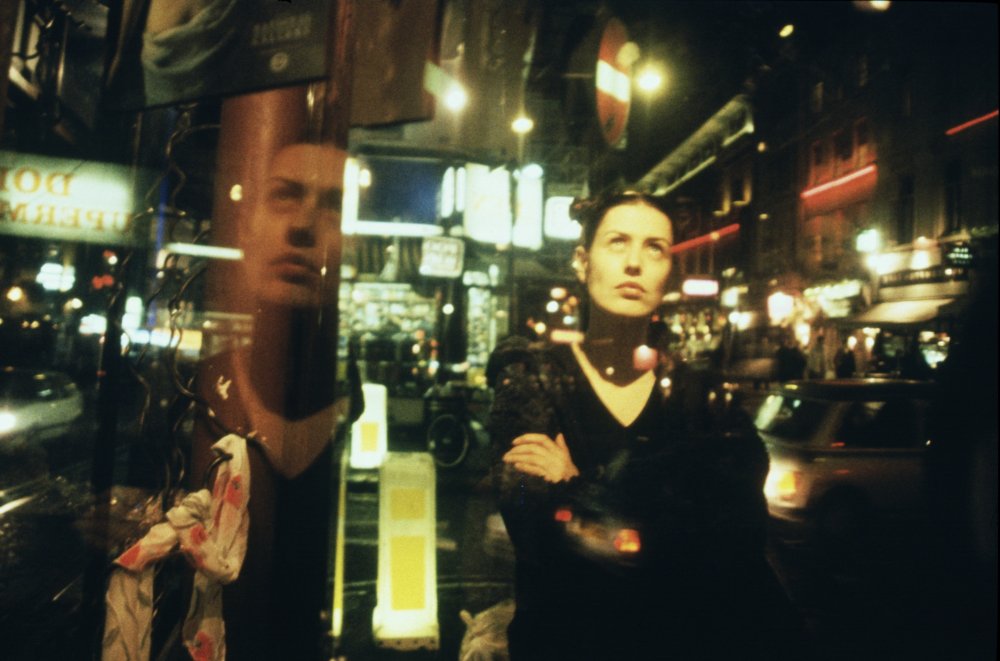 The dizzying diversity of London’s population, and the millions of stories the city can tell, make London a fertile inspiration for scriptwriters and documentarians alike. From rare home movies to international feature films Londoners have starring roles in a rich range of films, featuring stars from Anna Mae Wong to Barbara Windsor.

Filmmakers have sometimes captured a vision of London without ever shooting a frame in the city. Although the studio recreation can be just as intriguing as the best documentary, there are also visionary directors who have given us their own poetic recreations of the city, using London to fit their own imaginings and changing how we view the city forever. Set designers from Berlin to Burbank have given us extraordinary vistas of London streets which have come to represent the city in our imaginations.

Discover over 500 films and TV programmes set in or touching on life in the capital since the 1890s. Here are the icons, the hidden corners, the familiar neighbourhoods. See a fantasy London in The Fugitive Futurist (1924), a vanished London in Brief City (1952), or London re-imagined in Borderline (2005). From Ealing comedies to soap opera, Alf Garnett to London Zoo, this is a London that’s part history, part reality, part myth.

Highlights include The Smallest Car in the Largest City in the World (1913) with a baby Cadillac completing a victory lap of Trafalgar Square and dodging the city’s omnibuses. The Lane (1990), a six-part television series about the communities, reveals the characters and hidden corners of Brick Lane and Spitalfields before the latest wave of trendsetters came, and Lido (1995) offers a microcosm of London life, meeting the regulars at Brockwell Park Lido – from beautiful men to spirited single mums and a lesbian wedding. 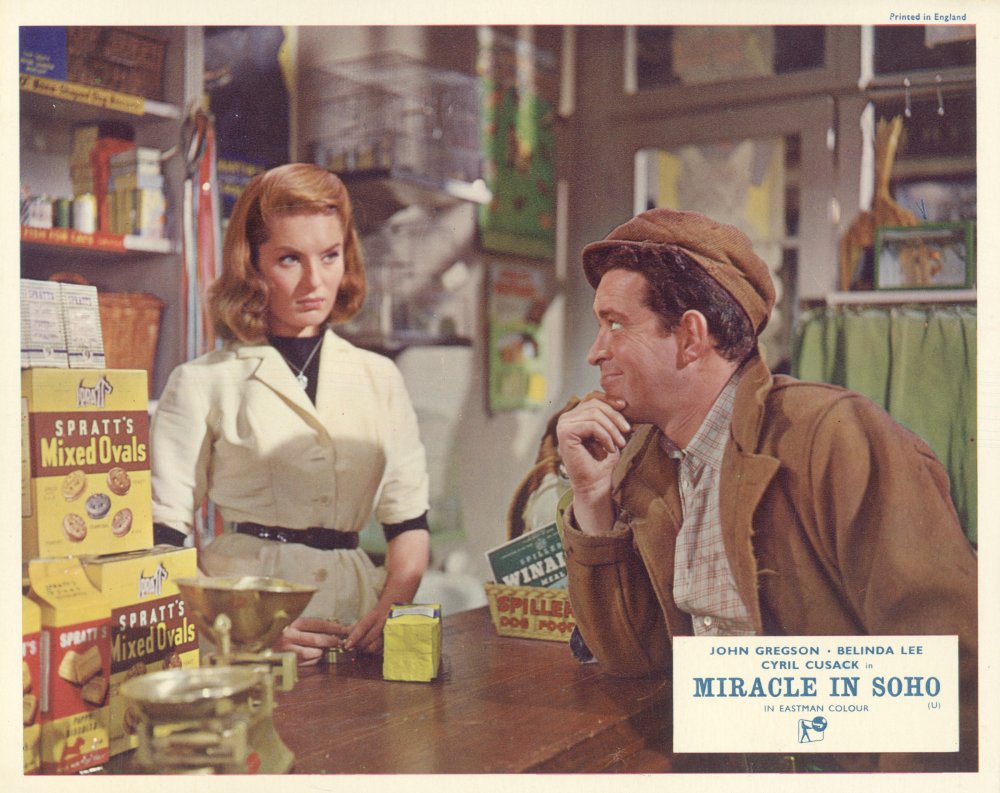 The BFI and London Live TV are partnering for London on Film, selecting gems of London-filmed content with real historical significance from the BFI archive for broadcast as part of London Live’s special new BFI London strand. Ranging from We Are the Lambeth Boys and the original Royal Festival of Britain, through to a young Jude Law appearing in The Crane, the titles will be aired in a regular early evening weekend slot throughout the summer, starting in July.