A is for Autism

This multi-award winning film, released for the first time on DVD, is a short glimpse into the world of autism, with words, drawings, music and animation all contributed by autistic people. 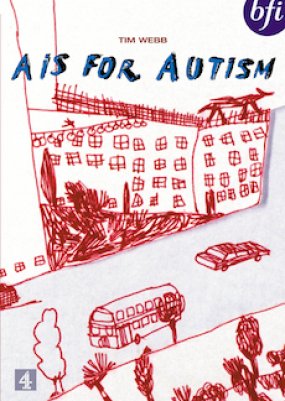 This multi-award winning film, released for the first time on DVD, is a short glimpse into the world of autism, with words, drawings, music and animation all contributed by autistic people.

Director Tim Webb’s experience as an animator led him to realise that there was a quality in some autistic children’s drawings that would lend itself to animation. In 1991 Channel 4 Television commissioned him to explore the possibility of making a short film for their ‘Disabling World’ season to give a general audience a small window into the condition of autism.

In the UK no film had ever been made about autism which included contributions from autistic people themselves. Animation appeared to offer a useful technique to combine work from a number of autistic contributors, and to engage an ordinary viewer with the experiences being recounted and portrayed within a film.

Tim Webb researched the project for a year, reading academic studies, collecting authentic work by people with autism, talking to workers professionally involved with the condition, and meeting autistic people and their families. A is for Autism was then made as an ‘animated documentary’ based upon contributions and collaborations with autistic people which gave them, quite literally, a voice of their own.

Every design in the film originates from a drawing by a person with autism. The narration is spoken by some of the small proportion of autistic people who are able to recount their thoughts and feelings. They agreed to be interviewed and recorded, knowing that their personal thoughts would be incorporated into the soundtrack of the film. The piano and flute music on the soundtrack was specially recorded by two autistic performers; the pianist also composed some of the piano music.

Winner of Special Prize of the UNESCO International Fund for the Promotion of Culture, The Way We Live: Munich International Short Film Festival 1995.